As a South African, it was a real privilege to visit UC Berkeley on April 7 as part of the American tour of Africans for Peace. I was able to get a sense of the scholarship and the history, as well as the activist focus of many of the students on the Berkeley campus.

This sense of social justice is something that I recognize from my own time at the Johannesburg campus when I studied for a law degree at the University of Witwatersrand (known locally as Wits).

These were all positive emotions, but I sensed something else that I recognized. In speaking to some of the UC Berkley students, I often heard that Israel is an apartheid state.

When I started at university, I joined the youth league of the African National Congress, the liberation movement whose most well-known representative was Nelson Mandela, our late president. I became involved because I believed in advocating for the rights of the poverty-stricken, marginalized Black majority in our country. However, I also found myself caught up in the Israeli-Palestinian conflict, and particularly with the anti-Israel boycott, divestment and sanctions (BDS) movement. This started when I was elected to the Student Representative Council at Wits.

I did not have much info on the Israeli-Palestinian conflict, so I attended workshops and movie screenings hosted by the the BDS movement. I went to these because I was told Israel mirrored the system of apartheid that had oppressed my parents, grandparents and all Black South Africans. I didn’t think any other people should suffer the injustices imposed on Black people during the apartheid era in South Africa.

After being involved with militant BDS activity on my campus, and even in the rest of the country, I eventually ended up with a disciplinary action against me from the university. I helped to storm the recital of an Israeli pianist on campus. This led to me having troubling questions about the motives of the BDS movement, their goals and their tactics.

These thoughts  persuaded me to visit Israel and Palestine in 2015. I expected that I would arrive in a country exactly like South Africa during the long years of apartheid.

To my surprise I didn’t find any of the aspects that every South African knows about when they think about apartheid (literally an Afrikaans word meaning separateness). I did not find signs and boards separating Jews and Arabs, nor Jewish- or Arab-only colleges, schools and beaches like we had in South Africa.

It was even more shocking to find that Israeli Arabs are all entitled to vote and to serve in the parliament and the judiciary, even as members of the governing coalition. In South Africa under apartheid, such a situation was unimaginable.

So the question arises: Why claim that Israel is an “apartheid” state?

The answer is clear: The BDS campaign uses this terminology to attract Black South Africans. BDS understands very well that any Black South African, and indeed some African Americans that I met on my trip, know that those interested in the  anti-apartheid struggle will be attracted to a campaign that claims to oppose apartheid elsewhere in the world.

South Africa faces different challenges as opposed to Israel. Many of the challenges originated from English and Dutch settlers colonizing South Africa and turning the indigenous inhabitants into virtual slaves. Israel is not a settler state. The Jewish population is indigenous to Israel and are the descendants of refugees who were cast out centuries ago. It is irreconcilable how one considers  the original inhabitants returning to their ancestral homeland as participating in a settler-colonial project.

To BDS supporters, Israel was born in 1948 in a state of  “original sin.” The centuries before 1948 are never mentioned. The complex history of Jews and Arabs, along with the Jewish return from Europe and elsewhere in the Middle East  to their homeland, is ignored completely. Those involved in BDS need to know that both sides have legitimate rights.

As South Africans, we know that what ended apartheid was ordinary people and enlightened leaders realizing  that if we want peace for our country, there was a need to sit down and engage with one another and find a way forward.

The BDS policy of shutting down these engagements by using and abusing other peoples’ historical narratives will ultimately not bring results, just more conflict. 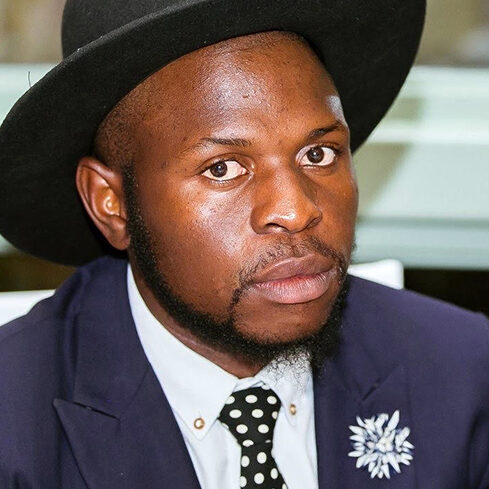 Klaas Mokgomole is the head coordinator of Africans for Peace and a former BDS activist. He lives in Johannesburg, South Africa.