In September 2021, the country watched in horror as photos surfaced of U.S. Border Patrol agents on horseback chasing Haitian migrants from their camp in Del Rio, Texas. Within days, the Biden administration had completely cleared out the migrant encampment, justifying those actions using a formerly obscure public health code known as Title 42.

While the Biden administration recently announced a May 23 end to Title 42, there is a bipartisan effort in Congress to continue this inhumane, illegal policy. Now is the time to welcome those seeking refuge by ending Title 42, not extend it.

Title 42 allows the Centers for Disease Control and Prevention to block people from entering the U.S. “in the interest of public health.” The Trump administration invoked this rule on March 20, 2020, at the beginning of the Covid-19 pandemic, and since then, the rule has been the justification for expelling people more than 1.6 million times, including more than 19,000 Haitians since Sept. 19, 2021.

As interfaith partners and members of the Interfaith Immigration Coalition, the Religious Action Center of Reform Judaism and Network Lobby for Catholic Social Justice have long been advocating for the end of Title 42. We do so out of a moral imperative and a commitment to U.S. and international law. The Bible repeatedly reminds us of the obligation we have to welcome and love the stranger. And under both U.S. and international law, this nation has committed to allowing individuals to enter the country to seek asylum. Not only is it our duty as people of faith to support those seeking refuge, but it is our duty as Americans to fight for policies that welcome asylum-seekers.

We rejoiced when, just weeks ago, the CDC finally announced an end to Title 42 — effective May 23. This move affirms what public health experts, immigrant justice advocates, people of faith and civil rights groups have been arguing for more than two years: Title 42 is bad public policy and bad public health policy. While many, including the RAC and Network, enthusiastically welcomed the Biden administration’s plans to end Title 42, the decision is facing criticism among some Democrats and Republicans alike. The debate over Title 42 stalled the $10 billion Covid-19 relief bill, with GOP senators refusing to vote on the legislation without a vote on amendments reinstating Title 42. Free-standing bills to reinstate Title 42 are in the process of being introduced in both the House and Senate with bipartisan support. And weeks ago, a federal judge in Louisiana temporarily blocked the Biden administration from ending the policy.

While critics of the decision to end Title 42 claim there is no plan to deal with the influx of migrants at the border, this is untrue. The Department of Homeland Security released a fact sheet detailing its plans, which include increasing personnel at the border, establishing temporary processing centers and providing a multiagency response to ensure migrants and U.S. citizens are protected from Covid-19. At the same time, we need to be realistic: Springtime is historically a season of increased migration, a reality that this year may be compounded by the border having been closed to asylum-seekers for two years. Removing Title 42 does not mean it is now a free-for-all at the southern border. There are still laws in place overseeing who can seek asylum and the process they must follow.

Time and again, the Jewish people have experienced the consequences of harsh policies and indifference to the suffering of the world’s most vulnerable people. Deuteronomy teaches the importance of protecting those fleeing dangerous conditions, telling of the imperative to protect the escaped slave — an archetype of someone in physical danger (23:16). Catholics know this as well. Those seeking asylum on our shores are typically fleeing persecution, violence or disaster in their home country. The Haitian asylum-seekers who have been turned away since September are facing gang violence, political unrest and the aftermath of an earthquake last summer. It is our faithful and moral obligation to welcome these asylum-seekers with open arms, yet Title 42 forces us to turn them away, sending them back into potential danger.

Jews around the world recently celebrated Passover, where we remember our people’s history as strangers in Egypt and retell the story of our journey to freedom. Passover reminds us of the obligation to welcome the stranger, for we were once strangers in the land of Egypt. Catholics around the world recently celebrated Easter, one of the most holy days celebrating hope, love and new beginnings. We must live out this obligation every day by welcoming those who are in the position we were in once. Now is the time to welcome asylum-seekers, not turn them away. Now is the time to end Title 42, not extend it.

The views expressed in this commentary do not necessarily reflect those of Religion News Service or J.

J. covers our community better than any other source and provides news you can't find elsewhere. Support local Jewish journalism and give to J. today. Your donation will help J. survive and thrive!
Support J.
Barbara Weinstein 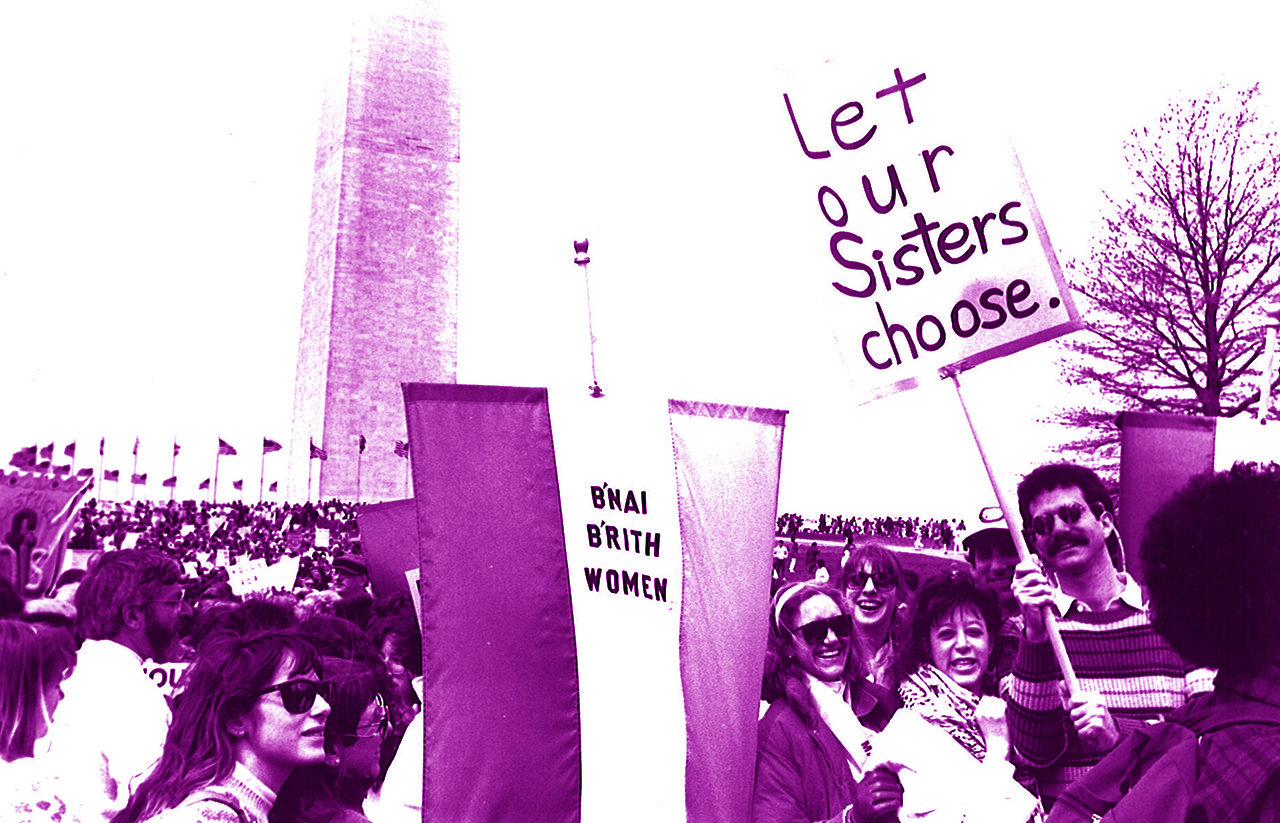 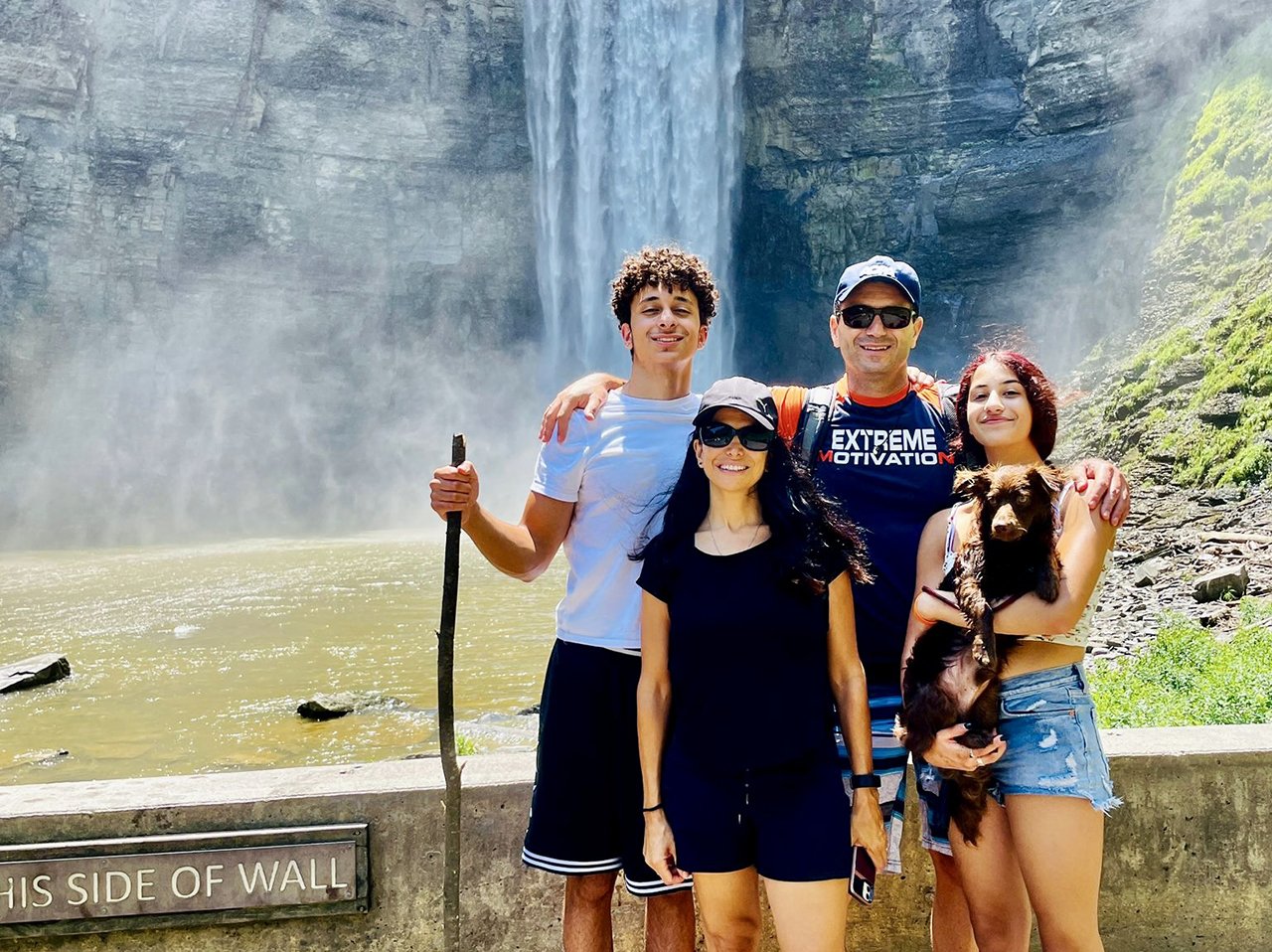