I remember the ‘coat hanger’ era of abortions. We can’t go back.

As I write this, a political debate is raging in the United States between those who support Roe v. Wade and those who oppose it. I vividly remember the pre–Roe v. Wade period — and to think we might return to those days frightens me.

From the fall of 1971, following my ordination, until the Supreme Court issued its 7-2 decision on Roe v. Wade on Jan. 22, 1973, I was a member of the national movement Clergy Consultation Service on Abortion. We were clergy from various liberal religious traditions who would help women obtain legal abortions in New York, the only state in the U.S. where abortion was legal at the time. We were trained as to what to say and do in our initial meeting with a woman seeking an abortion.

We were told to ask this last question because many people who believe that they have no out from a very difficult situation might contemplate suicide. This was especially true of young women 16 and under who, by New York law, had to tell their parents that they were pregnant, and their parents had to give permission for the abortion.

Finally, we told them they needed to come back for a post-abortion appointment so we could make sure they were all right emotionally. Most of them, but not all, returned for the follow-up meeting.

RELATED: The Christian right’s abortion policy isn’t in my Torah

There were five of us doing this, and my day was Tuesday. Over the period of a year and half, I met with approximately 15 women. After asking the above questions, if the woman wanted an abortion, we would help her make an appointment with the clinic in New York, and if she did not know how to make airplane reservations, we would help with that. If she was 16 or under, we would give her and her parents the phone number of the clinic. Unfortunately, we had no funds to offer.

One woman sticks out in my memory. Her situation shows how valuable Roe v. Wade is, and why I ardently joined forces with the pro-choice organizations of the time. She was a young, single woman in her mid-20s. We discussed her situation, and after answering the questions, she stated that she still desired to have an abortion. She then informed me she had no money to get to New York, nor to pay for the procedure. I told her I had no funds to help her. She left the office crying.

A few months later, downtown, I saw her, and asked how she was and how she handled the pregnancy. She told me she rented a hotel room and aborted using a coat hanger. I was shocked and angry — not at her, but at the system. She was lucky that she survived the procedure.

Do those in favor of overturning freedom of choice, who wish to take away a woman’s control of her body, who wish to make a coat hanger a weapon of death, really care?

If those who wish to make abortion illegal succeed, we will be returning to the Middle Ages. 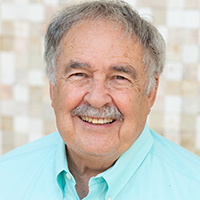 Rabbi Steven Chester is rabbi emeritus at Temple Sinai in Oakland and presently interim Rabbi at Temple Israel in Alameda. This essay is taken from his memoirs.