It was a double mitzvah, the New York Post concluded: A couple tuned in online to Shabbat services at their Minnesota synagogue, then stripped and started engaging in sexual activity.

The tabloid’s story about the May 14 incident broke this weekend and immediately went viral among Jews and others who delighted in the writer’s use of “Debbie does Deuteronomy.” (The week’s Torah portion was actually from a different book of the Bible, Leviticus, but who’s counting?)

“I’d like to nominate this story as a candidate for journalism’s sorely-needed distinction in pun-writing prize,” tweeted Erin Einhorn, a Jewish journalist in Detroit.

I'd like to nominate this story as a candidate for journalism's sorely-needed distinction in pun-writing prize: https://t.co/FkPRHEl3ii

But the incident at Beth El Synagogue in St. Louis Park, a suburb of Minneapolis, is not just a source of levity. It also points to potential risks in the use of streaming technology by Conservative synagogues, which are barred by the movement’s religious law authorities from engaging with electronic devices on the Sabbath. In allowing the use of streaming on Shabbat in an emergency measure early in the pandemic, the movement’s Jewish law committee stated that any streaming equipment should be “set it and forget it” — teed up prior to Shabbat and not touched once it begins.

That may be the reason why the couple was reportedly able to broadcast themselves for 45 minutes, according to the Post, with no one from the synagogue intervening to stop them or remove them from the Zoom meeting.

“I feel terrible for the couple who’ve had their name smeared, or at least their images smeared,” said Rabbi David Paskin, who works at a Florida synagogue and also consults, as Torah Tech Guy, with Jewish groups on technology issues. “But we’re still babies at this, learning how to do this. It’s astonishing to me how many people still don’t really know how to mute or unmute their microphones.”

Beth El declined JTA’s request for comment about the incident and the way the synagogue manages virtual services. A synagogue administrator also declined to comment to the New York Post.

But on Twitter, a woman who identified herself as a Beth El congregant suggested that adherence to Jewish law, rather than tech ineptitude, was the reason the incident went as long as it did.

Meanwhile, at my synagogue: A couple begins having sex on Zoom during Bat Mitzvah services. Nobody would pick up the phone to put a stop to it because it was the sabbath so it went on for 45 minutes. Amazing. https://t.co/Wrnll0oyWV

That problem is one that could arise only at the subset of Conservative synagogues that employ Zoom as their streaming platform. Orthodox synagogues do not use digital technology on Shabbat and Reform synagogues would not be hamstrung by the inability to intervene if needed.

Some Conservative synagogues stream using passive technology in which only the prayer leaders are seen. But many synagogues prefer a two-way stream like Zoom, since it allows people to recite the Mourner’s Kaddish aloud or lead the congregation in prayer.

Rabbi Rachel Ain of Sutton Place Synagogue in New York City, which uses both Zoom and passive streaming to supplement in-person services, declined to comment on the incident at Beth El. But she said Sutton Place, like Beth El a Conservative synagogue, is committed to making sure community members feel included even when they are joining from home — even if that means departing at times from the guidelines set by the movement.

“What we’ve learned over the last several years is there’s all different ways that clergy make decisions for their community,” Ain said. “They do it in consultation with the Committee on Jewish Law and Standards, but there’s many inputs that make up that decision.”

The committee, part of the Conservative movement’s Rabbinical Assembly, adopts opinions with the approval of six or more members, but those opinions are not binding for Conservative rabbis and their communities. The 2020 opinion permitting streaming during the pandemic urges synagogues to hire non-Jews to monitor two-way platforms such as Zoom in case participants need to be admitted, ejected or muted. (A second opinion by the same rabbi adopted last year suggests that streaming is likely to outlast the pandemic.)

“In the absence of having someone who is not Jewish designated to deal with these issues, there is a very high risk that a Jewish person will step in, and violate not only rabbinic, but biblical prohibitions,” states the opinion, called a teshuva. “Therefore it is strongly urged that if these systems are considered ‘too important to fail,’ that a non-Jewish person be tasked with monitoring them.”

While Beth El’s leaders did not step in while their bat mitzvah attendees were getting it on, other attendees were apparently less hesitant to break Shabbat rules. Someone called the couple to alert them that they were on tape, according to the Post article.

And someone snapped a screenshot, creating a permanent record of their misadventure that has ricocheted around social media, eliciting schadenfreude and, at times, tongue-in-cheek reflection on Jewish law.

Wrote one Twitter user who saw the New York Post story, “I’ve never heard a better argument for why you shouldn’t use electronics on Shabbat.” 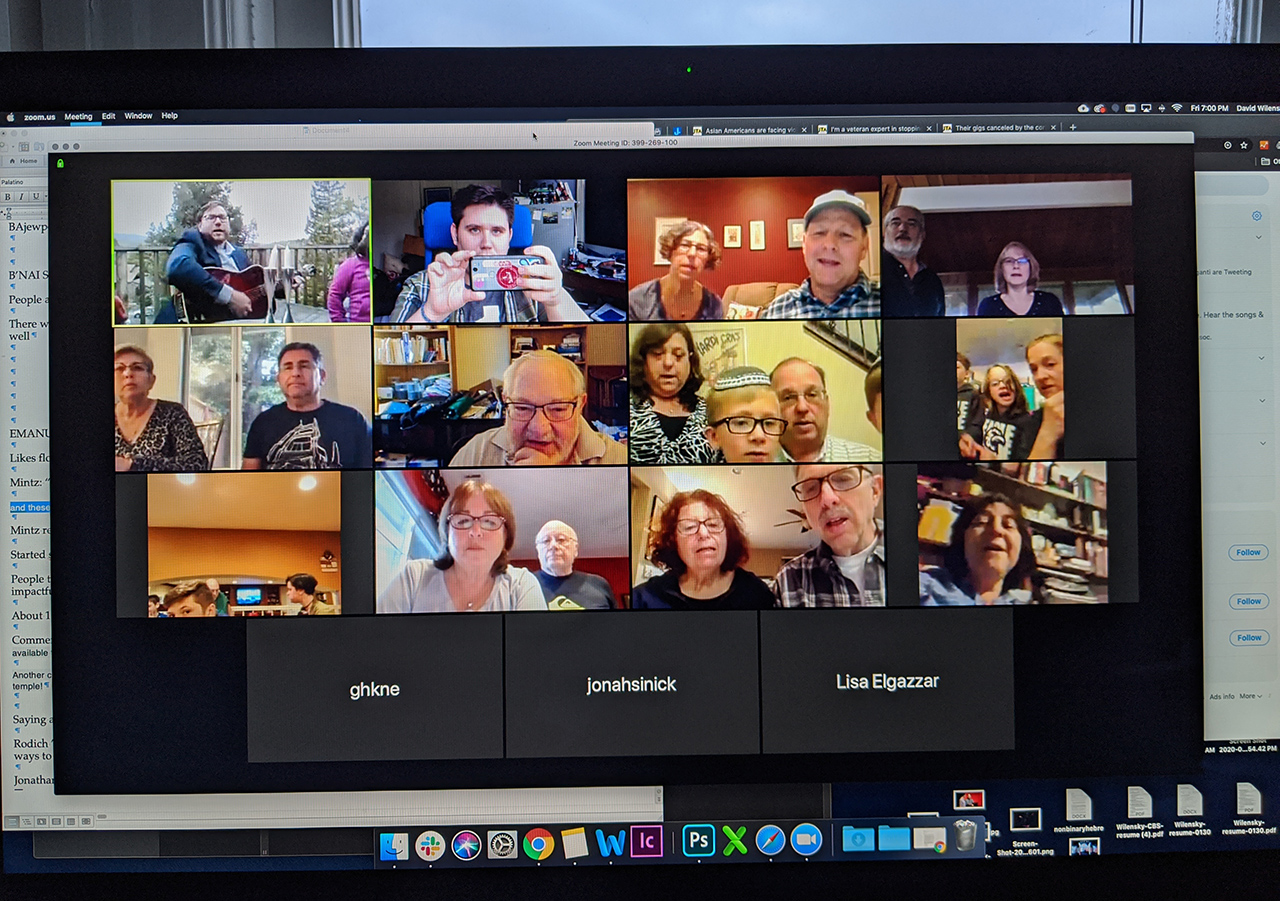 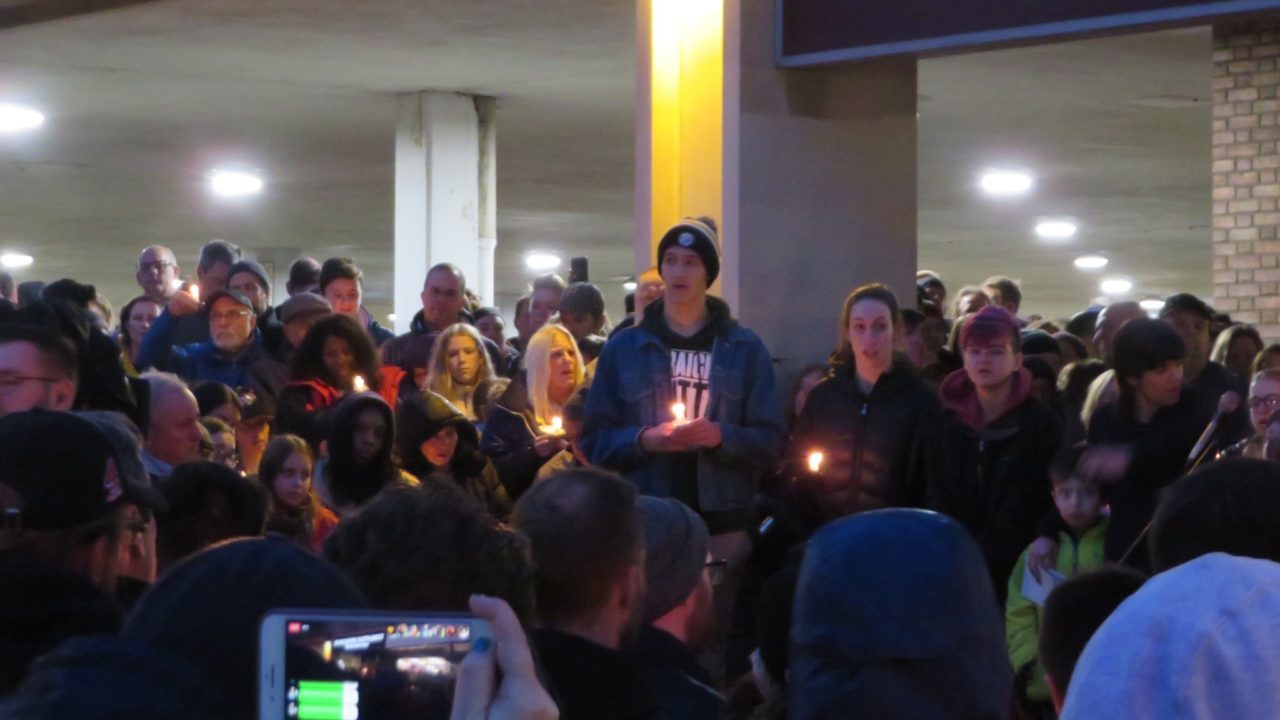 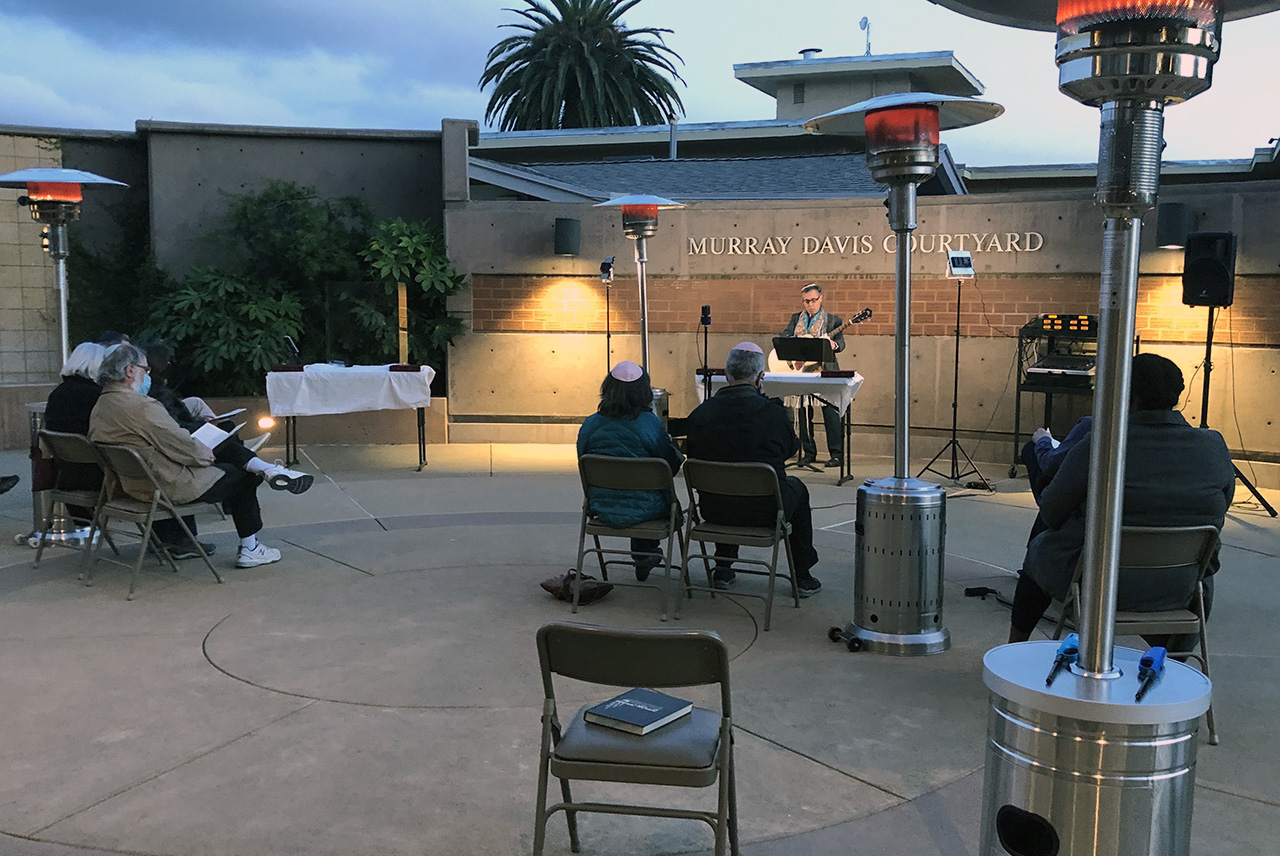 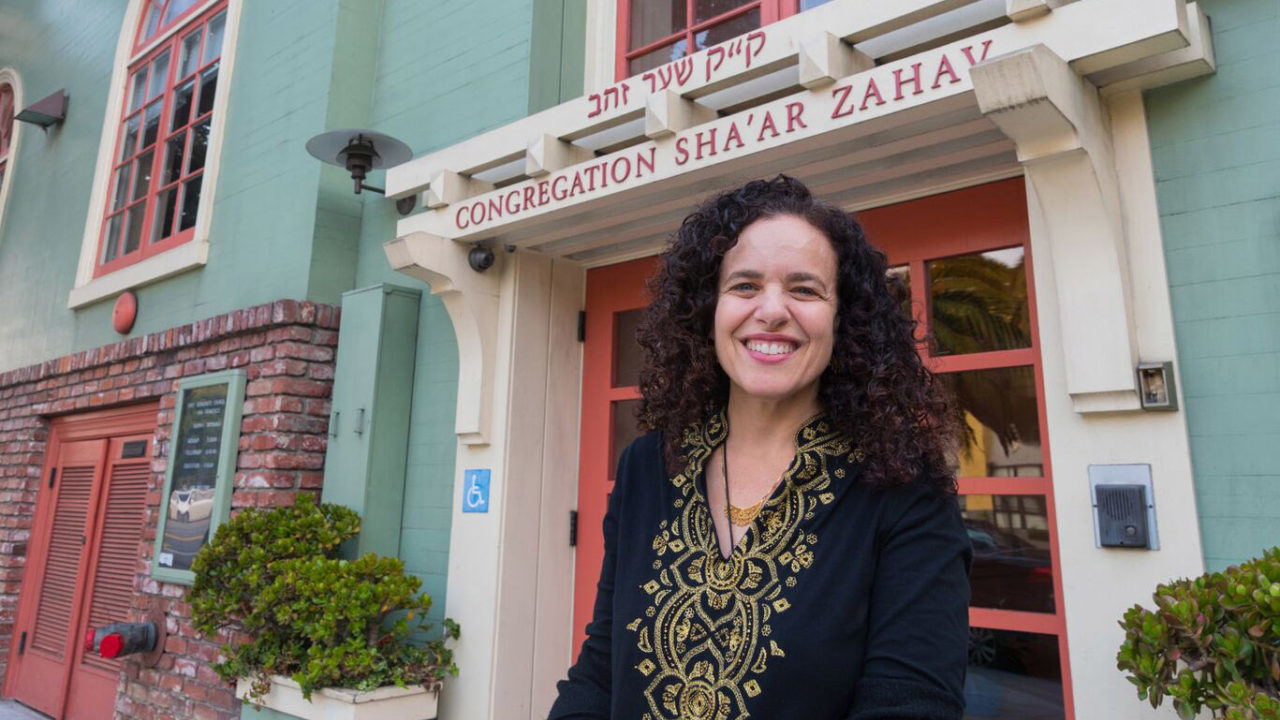