Two queer Jewish women gaze intensely at each other. Their foreheads touch. Atop their shaved heads sit black yarmulkes. For nearly three decades, this image, “Kindred Spirits,” has taken on a life of its own.

The iconic photograph by queer, Jewish fine art photographer Chloe Sherman will be featured in Sherman’s upcoming exhibit, “RENEGADE San Francisco: the 1990s,” at the Schlomer Haus Gallery in the Castro District. The exhibit of 36 archival prints, many of them not seen publicly before, runs June 17 through July 23 at the LGBTQ gallery.

Sherman, 53, said “Kindred Spirits” has been shared online by admirers over the years. “Jewish women have reached out to me and said, ‘I’ve never seen a photo like this. I really like it. I feel really moved [by] this photo.’ I’m proud and happy to have something that has such a strong, positive response for people or experience for people.”

Sherman, who describes herself as “culturally Jewish,”  believes her background influences much of her work and possibly her worldview. She said she was raised to be open-minded and to give back to make the world a better place.

“That is prominent in who I am as a person and in my photography,” she said.

“I’m so proud of her, and really excited to get together and reminisce,” said Tai Uhlmann, 49, one of the women in “Kindred Spirits.” The other is her friend Alessandra Ogren.

Both will be at the exhibit’s opening, along with an estimated 200 people Sherman photographed in the 1990s who she said are traveling to S.F. from all over North America.

The ’90s, in particular, was an incredible, kind of radical and pivotal time in the city.

“I feel like that photo is defiant in a certain way, with a lot of love in it, just a moment in time,” said Uhlmann, a filmmaker who now lives in Vancouver, Canada. “I was wearing the yarmulke, [knowing] women don’t typically wear them.”

Although Uhlmann and Ogre never dated, Uhlmann said, “She’s still my soulmate and I love her so much.”

Brandon Romer, who opened the gallery with his husband, Steffan Schlarb, in October 2021, approached Sherman to create a solo show after she started digitizing her 35mm prints and posting them on Instagram earlier this year.

Born in New York, Sherman moved west with her family with a stop in Chicago before landing in Portland, Oregon. In college there, she met Ogren and Uhlmann and followed them to San Francisco in 1991.

“When I came to San Francisco as a newcomer, I was readily embraced,” Sherman said. “The ’90s, in particular, was an incredible, kind of radical and pivotal time in the city,” Sherman said. In that predigital age, S.F. was affordable for artists and activists, she noted.

She started capturing the lesbian scene with her camera before, during and after she graduated from the San Francisco Art Institute with a degree in fine art photography. The scene included queer Jewish women who had made a home at Red Dora’s Bearded Lady Café and were redefining what it means to be Jewish.

From the beginning, “Kindred Spirits” has “gotten a lot of attention,” Sherman said, and the photo continues to be an emblem of rebellion for queer Jewish women today.

For Sara Lewis, the photo “shaped” her self-perception and helped her on her journey to redefine Judaism on her own terms, she told J.

Lewis lived in San Francisco for five years and said she still feels a lot of nostalgia for San Francisco’s 1990s “lesbian moment.” She came across “Kindred Spirits” in a used copy of “Nothing but the Girl” at Dog Eared Books on Valencia Street.

“The Jewish dyke representation is exactly what I needed to see at that point in my life,” said Lewis, who now lives in Philadelphia. “I rejected Judaism as I had known it growing up and was coming into a new kind of Judaism that was more inclusive, where there’s more space for exploration of identities.”

In fact, “Kindred Spirits” means so much to Lewis that she had the image tattooed on her chest about a month ago. Afterward, she sent Sherman a photo of her new ink. Sherman was flattered.

Opening reception 5-9 p.m. June 17 at the Schlomer Haus Gallery, 2128 Market St., S.F.  Chloe Sherman and some of the subjects of her photos will be in attendance. Register for the free event. 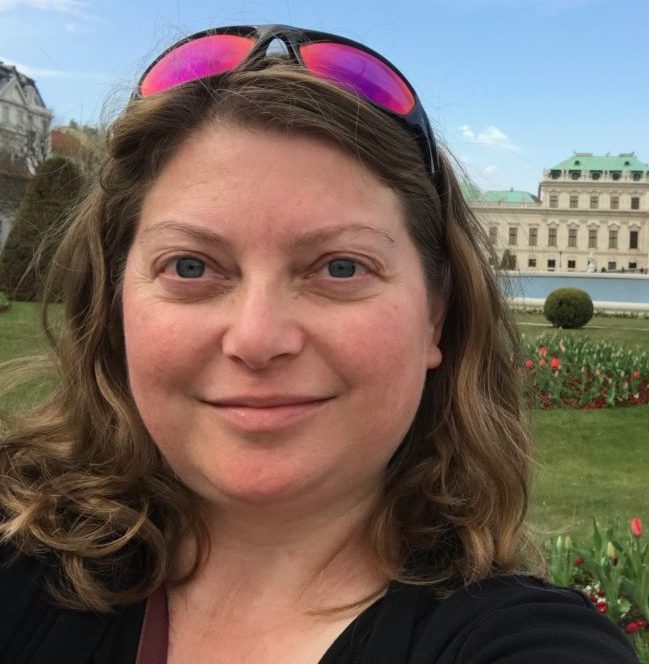 Heather Cassell is a freelance journalist in San Francisco focused on LGBTQ+ and women’s issues.