She won ‘The Great Australian Bake Off’ — with kosher boob cakes

Ella Rossanis had no intention of being on television. She only applied to “The Great Australian Bake Off” after her husband applied to “Survivor” and asked if she would take care of their three children — all under 5 — without him for 12 weeks if he got picked.

In the end, her husband didn’t get cast on “Survivor,” but Rossanis was chosen for “Bake Off.” And then she won.

The 36-year-old’s bakes are creative and playful, often referencing her children — her showstopper bake in the first episode, which she won, featured a pair of bra-clad breasts made of cake that revealed a liquid milky filling when you cut into it; a tiny plastic toddler crawled up the side toward the nipple. Her winning showstopper bake in the season finale was a towering cake princess castle that she made for her daughter, complete with a cookie fountain drizzling caramel and a pumpkin-shaped cake carriage filled with raspberry coulis.

But beyond the creativity, there was something else special about Rossanis’ bakes — they were all kosher. “The Great British Bake Off” has a long history of doing poorly with traditional Jewish foods, but, in the Australian version, Rossanis brought her Judaism to the forefront in many of her bakes, such as a tray of black sesame tahini rugelach and mini babkas.

And while she didn’t discuss keeping kosher on the show, she did speak about the importance of Shabbat dinner in her family during an episode in which she made a za’atar challah. (The judges were so enamored by her bread that one even invited herself over for Shabbat.)

Zooming from Sydney after her kids went to bed, Rossanis told me how she managed baking kosher food on set, how her kids inspire her bakes and how the show changed her life.

This interview has been lightly edited and condensed.

Rossanis: This show really made me realize what a crazy perfectionist I am — too much, I would say; I spend too long trying to get these perfect lines.

I think I was 10 or 11 or something, and my parents are both doctors, and we always would have Shabbat dinner as a family Friday night. But my mum worked on Friday so she would end up leaving me food in the fridge that I would just pop in the oven.

Over time, it would turn into me preparing the food, and then I’d start experimenting. I think when I was 10, the first thing I made were these little shortbread cookies. From there, I just started adding different things into the shortbread cookies, and then other cookies, and then different cakes. And that’s how I grew — every Shabbat I’d try something new and my family would be the guinea pigs and that’s how I fell in love with it.

Were you able to observe Shabbat in the hotel you were sequestered in for the show?

It was amazing because I was the only one who was allowed to come home on weekends because I was breastfeeding. Filming wasn’t on the weekends, which was great because in a lot of other shows it is. But we filmed Monday-Thursday so I’d end up going home Friday morning and coming back on Monday.

So weekends were just normal, which was great for being with my family and having Shabbat at home, but not great because everyone else was just practicing the whole weekend and I didn’t get to practice and stressed out all weekend.

I saw in the finale that your kids came to watch and were by your side as you put the finishing touches on your showstopper!

Yeah, oh my gosh. They actually don’t show you the stress that we were all under. And I was definitely under more stress because my kids kept coming up just wanting to taste things and touch things, and it was so hot and everything was already oozing all over the place. I was like “I love that you’re here, I haven’t seen you in so long, but please go away!”

Your kids inspired a lot of your bakes, but you also talked on the show about how important it was to get some time away from them to rediscover yourself outside the role of “mum.”

When I found out I got in the show, we basically took a whole weekend of deciding, “Can I do this?” Mostly because I was breastfeeding — like how could I leave my breastfeeding child, and my three tiny children?

What it came down to was that all those reasons why I couldn’t do it were the reasons why I had to do it. Because I have been putting them first from the second they were all born. Which, you know, I chose to be a mum, I love being a mum. But you know, there’s that creative person that was deep in me that I hadn’t realized was being hidden a little bit — more with every child, with more nappies and more laundry and more lunches.

Even just the process of applying for the show, when I was doing the writing — I’m a copywriter and I love the craft of writing — and thinking of all these bakes I could do, was getting me more passionate.

What it came down to — and my husband was pushing this also, more so than I was — is that we want our kids to do awesome stuff. How could we tell them to follow their dreams and take risks and chances if I wasn’t doing that?

Have you been able to keep in touch with your creative side since the show ended? I know you’re posting some fun bakes to your Instagram.

Yes, it’s here to stay. In terms of the baking, I’m thinking constantly about what the next thing is I’m going to bake. But it’s more than that — I thought I was just going to be going on this baking show and I’d bake cakes and it would be so much fun and awesome.

It was legitimately life changing in that way in that it showed me that I can do things for myself. There’s the mum me, but there’s also this creative me, and that’s what’s hung around.

I’ve been approached by quite a few brands for partnerships, working together to write recipes. And I am now writing a column in the Kitchen Confidential section of the newspaper in Sydney.

I also baked my first cake for a paying client the other day, which was great but also made me realize that’s not what I want to do. I want to bake creatively — I don’t want someone to tell me they have a brief.

“The Great British Bake Off” is not great about Jewish food, so it was really refreshing to see how much traditional Jewish food you made — rugelach, babka, challah.

The only thing I wanted to do that I didn’t get to do was hamantaschen; it just didn’t fit into the themes of the week. I bake that stuff all the time, I bake challah with my daughter every week. I wanted to bring that side of it to the show.

It’s funny because the hosts have been chefs for 40 years and Maggie had never tried challah before, which I thought was crazy. In New York and America, everyone would know what a challah is, but here, less so. They hadn’t ever tried any of the Jewish things that I baked. But it was also strategic — they wouldn’t know what it was supposed to taste like!

I lived in New York for five years, and I definitely felt like everyone knew Jewish people in New York and it was more mainstream — all the food and the delis, it was just a part of life, something that people who weren’t Jewish would go do.

Here, it’s not like that — it’s not mainstream. It’s a much smaller community, everyone knows each other’s names, and it’s warm like that. But we’re less assimilated.

It’s especially fun to get to represent Jews on TV with all these foods that are actually unfamiliar to the audience.

Yeah, they’ve never heard of it before. It was a whole thing backstage like: “How do we pronounce it?” “What’s the plural?” They were all practicing saying the “ch.” It was nice to bring all of that to this bunch of real Aussie people.

We obviously eat that stuff all the time, but it was nice for me — I got so close to all these people and to get them all to try it and taste it, it was fun.

I know all your bakes, at least at home, are kosher — did you manage that in the shed as well?

Yeah, and actually in the shed they were all kosher because we were allowed to specify brands, and I obviously specified all the kosher ones. And because they haven’t run the show for a few years, I think three years, they had to buy all new baking equipment and appliances. And they were sponsored by all new sponsors, so there were new fridges, ovens, mixers — so it was properly kosher.

At one point, I made a Cabernet Sauvignon pavlova, and obviously I needed to use a kosher wine. I could’ve just brought a wine because they’re so available in the Jewish area of Sydney, but I didn’t think to. And they ended up driving like an hour and a half to some valley to get this kosher wine for me — I felt really guilty about that.

Was that special need for kashrut foreign or odd for any of your fellow participants or producers?

Foreign yes, but they were always very supportive. A lot of the contestants were saying, “No, at home I use this brand of flour.” So it wasn’t weird when I said, “Well actually I need to use this.” They didn’t seem to care that it was a kashrut thing.

Also, one of the other guys [on the show], Nav, is halal. And everyone knows about halal. So they were fully aware of him and his needs, so I guess it made it easier when I was also jumping in there.

There were a few bakes where gelatin was involved with the technicals though. And me and Nav were just looking at each other the whole time like, “What are we doing?”

Yeah, similarly, in previous seasons of the British version, they’ve had vegans in the show and they still have to cook with butter and eggs for technical challenges. How do you manage when you can’t taste what you’re making?

For one of the technicals, mine looked the best, perfect lines, everything looked great. But the top layer in this trifle was a jelly that had gelatin in it. And mine set too quickly, so I put it in the microwave or I zhuzhed it, and it worked; it set how I needed it to. But then it was cloudy. And no one else’s was cloudy.

I was so disappointed because had I just worked with gelatin before and known how to use it, I would’ve known not to do that and I would’ve won that technical! And instead, I ended up coming close to the end.

That’s true. I guess I can let them have that one. 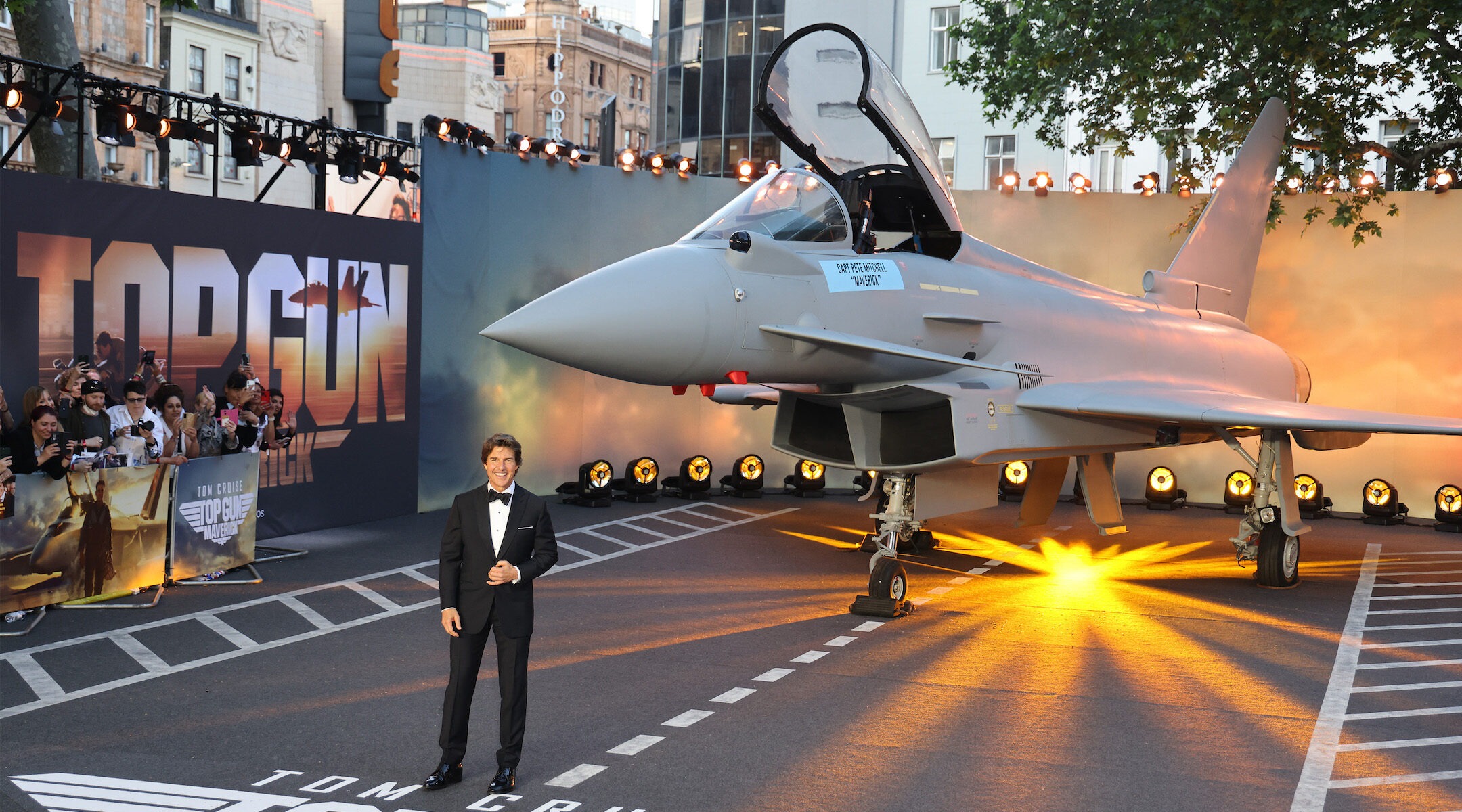