A 5th Israeli election in 3 years? Here’s how we got here and what happens next.

It has become a common refrain: Israel is heading towards another national election. A whopping five times since 2019, to be exact.

On Monday, Prime Minister Naftali Bennett and Foreign Minister Yair Lapid, the two men who had cobbled together a historically diverse coalition to oust Benjamin Netanyahu from power a year ago, announced that they will help fast-track a bill to dissolve the Knesset, or Israeli parliament. New votes will likely be cast in October.

Many readers have had the same questions: Why does this keep happening? What happens next? Could Netanyahu make a comeback?

Read on for the answers.

Why are Bennett and Lapid calling for new elections?

The short answer: they have lost their parliamentary majority after multiple politicians defected from their coalition.

The government, formed almost exactly a year ago, had a shaky foundation from its start, combining a slew of parties that historically would have not worked together: Bennett and Ayelet Shaked’s national religious Yamina, Lapid’s centrist secular Yesh Atid, the left-wing Meretz and the Muslim Arab Ma’an.

As soon as the new government was in place, lawmaker Amichai Chikli quit Bennett’s Yamina Party to join the opposition, citing the presence of Meretz and Ma’an in the government. That gave the Bennett-Lapid government a 61-59 majority, which lasted until April, when Idit Silman, also in Yamina, quit because of a court ruling allowing families to bring food that was not kosher for Passover into hospitals. That made it 60-60.

The final blow came as the result of behind-the-scenes maneuvering by former Prime Minister Benjamin Netanyahu, who has been leading the Knesset opposition and whose veteran politician wiles had helped him remain Israel’s leader for a record 12 years. Netanyahu, who reportedly had been meeting with Yamina members to try and lure them away, seized the opportunity to create a crisis.

Normally, he and his Likud Party would vote to extend Israeli legal protections to Jewish West Bank settlers. But Netanyahu realized that he could anger Yamina politicians by helping to tank the measure, which has been passed repeatedly since just after the 1967 Six-Day War. Without Likud votes and the votes of coalition members on the left who oppose the occupation of the West Bank, the extension did not pass, infuriating Yamina members and other right-wing politicians in parliament.

It was the ultimate example of an issue that split the coalition’s diverse parties into poles that could not be reconciled. Nir Orbach, another Yamina Knesset member who had been twisting himself into Hamlet-worthy knots since the coalition’s launch, finally defected. That left a 59-member coalition, an unsustainable number in the 160-seat parliament.

Why does this keep happening in Israel?

In a parliamentary system, no one party usually musters enough of a presence to lead a government on its own. Parties, and sometimes political rivals, need to come together to form coalitions that agree to work together to pass legislation; there is often just one ruling coalition and one opposition coalition.

For years, Netanyahu’s conservative coalition defeated any contenders, usually a mixture of liberal and more centrist parties, pretty soundly. But by 2019, Netanyahu had alienated some more traditionally conservative voters — and some of his political allies — after being indicted on multiple corruption charges, being seen as beholden to haredi Orthodox demands, and through a perceived imperiousness and willingness to shatter norms to stay in power. The schism gave centrist and liberal parties, led by former Israel Defense Forces chief Benny Gantz, an opportunity to challenge Netanyahu’s reign.

The final voter math, though, led to repeated deadlock; neither the Netanyahu or Gantz coalitions could eke out a firm majority. As the Covid-19 pandemic hit in 2020, Gantz said the pandemic required sacrifice and agreed to a unity government with a rotating prime ministership. Netanyahu dissolved the government before Gantz got his turn.

By last year, many politicians across the spectrum could not contemplate another minute of Netanyahu in power. Bennett, who made his name as a staunch settler supporter, and Lapid, a former TV anchor who is liberal on social issues but more hawkish on military issues, formed a historic coalition that included a majority Arab party for the first time.

Israel is not the only country with a parliament that has failed to form a government; for example, Italy has long been plagued with similar issues. But the vast array of conservative parties combined with Netanyahu’s polarizing modus operandi has made the proposition particularly difficult in Israel.

So what happens now?

Netanyahu, who has been champing at the bit for a chance to return to power, has immediately gone to work. In fact, the aforementioned Orbach chairs the Knesset’s procedural House Committee, and The Times of Israel reported that he is using his discretionary powers to delay the dissolution of parliament for a few days so Netanyahu could potentially form an alternative government based on parliament’s current makeup, without a need for new elections. Netanyahu currently controls 55 of the Knesset seats.

Netanyahu getting to the 61 he needs is unlikely, however. Six members of the opposition are in the Arab-majority Joint List Party — and as frustrated as they were with the Bennett-Lapid configuration, many Arab lawmakers revile Likud and Netanyahu even more.

Additionally, the folks who hated Netanyahu — well, they still hate Netanyahu. Gideon Saar, who leads the six-member right-wing New Hope Party, told Army Radio that there was no way he would join a Netanyahu-led government. “I won’t be bringing Bibi back,” he said. “All of the party members are with me.”

Liberman, who heads the secular right-wing Yisrael Beitenu party, which has seven members, wants to go further: he is determined to pass a law before the next elections that would keep anyone under criminal indictment from becoming prime minister.

Even if that kind of bill becomes law, Netanyahu would still run, said Gideon Rahat, a political science professor at Hebrew University and a senior fellow at the Israel Democracy Institute. He could still lead the Likud Party and then repeal the law should he cobble together a majority in the new Knesset.

“Israeli politicians are always changing the rules of the game,” Rahat said. “It’s like changing the U.S. constitution for every immediate need, something that you wouldn’t imagine.”

Various Israeli TV channel polls show Netanyahu’s bloc earning 59 or 60 seats if a vote was held right now, just short of the 61 needed for a majority. It’s unclear what kind of group would reemerge to take Netanyahu on; Bennett is reportedly mulling a break from politics. Lapid’s Yesh Atid is polling at 20 seats, Gantz’s Blue and White at 9 and Yisrael Beiteinu at 5.

What does seem most certain for now: Lapid will take over as prime minister in the interim caretaker government, thanks to a clause written into his agreement with Bennett.

Can Lapid be a transformative prime minister in just a matter of months?

It is true that Lapid will be the first center-left prime minister since Ehud Olmert left office in 2009. Lapid is committed to a two-state outcome and rode to popularity as an outspoken opponent of the role of the Orthodox rabbinate in public life. As foreign minister, he has reversed Netanyahu policies, repaired ties with the American left and cooled down relations with European nationalists (which Netanyahu had strengthened).

Nothing will technically prevent Lapid from initiating bold, sweeping moves before elections take place. Legal restrictions on a caretaker government do not kick in until after election day. But in the past, according to the Israel Democracy Institute’s Assaf Shapira, attorneys general and Israel’s high court have limited what interim governments can and can’t do, citing norms that apply to lame duck administrations in democracies.

Lapid said in his statement he will pursue a robust foreign and domestic policy — he is keeping the foreign minister portfolio — and hinted that he will cast Netanyahu as a threat to democracy.

“Even if we are going to elections in a few months, the challenges we face will not wait,” Lapid said in a statement Monday. “We need to tackle the cost of living, wage the campaign against Iran, Hamas and Hezbollah, and stand against the forces threatening to turn Israel into a non-democratic country.”

Lapid will likely be in place as prime minister when President Joe Biden visits Israel in mid-July. It will be an occasion for Lapid to show how his government has moved past tensions with U.S. Democrats that flared when Netanyahu was prime minister.

Could this affect Israel’s stance on the Russia-Ukraine war?

The reason for Israel’s relative reticence in joining the U.S.-led isolation of Russia over its invasion of Ukraine has to do with security considerations, which in Israel transcend politics.

Russia, still present in Israel’s region after assisting the Assad regime in quelling Syria’s civil war, controls the airspace over Syria and Lebanon. Israel needs Russia’s approval for its airstrikes aimed at keeping enemies such as Iran, Hezbollah and Syria at bay.

But Lapid, at least rhetorically, has been more outspoken than Bennett in condemning Russia for its war. How he positions himself on this issue in the early days of his short PM stint could be telling. 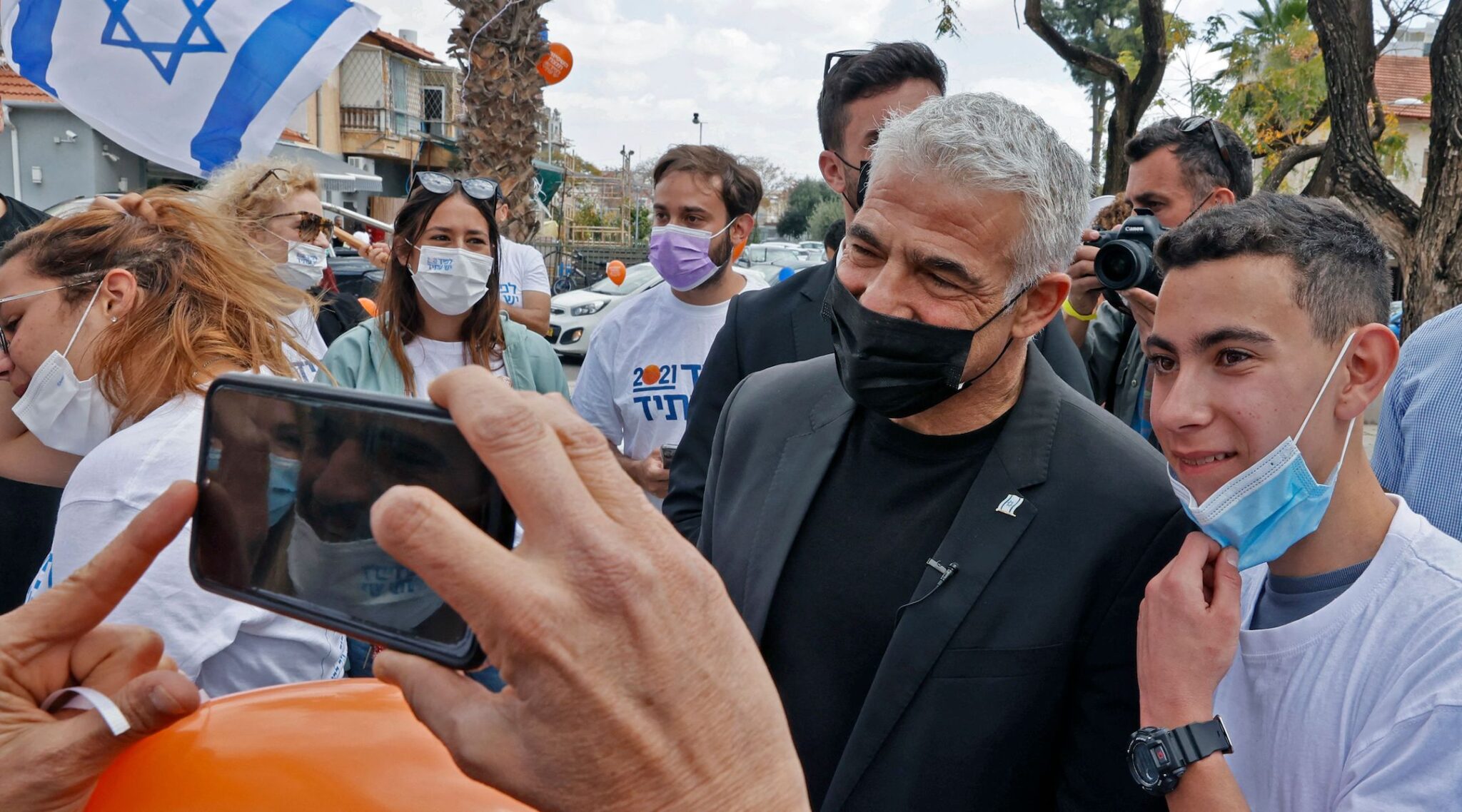 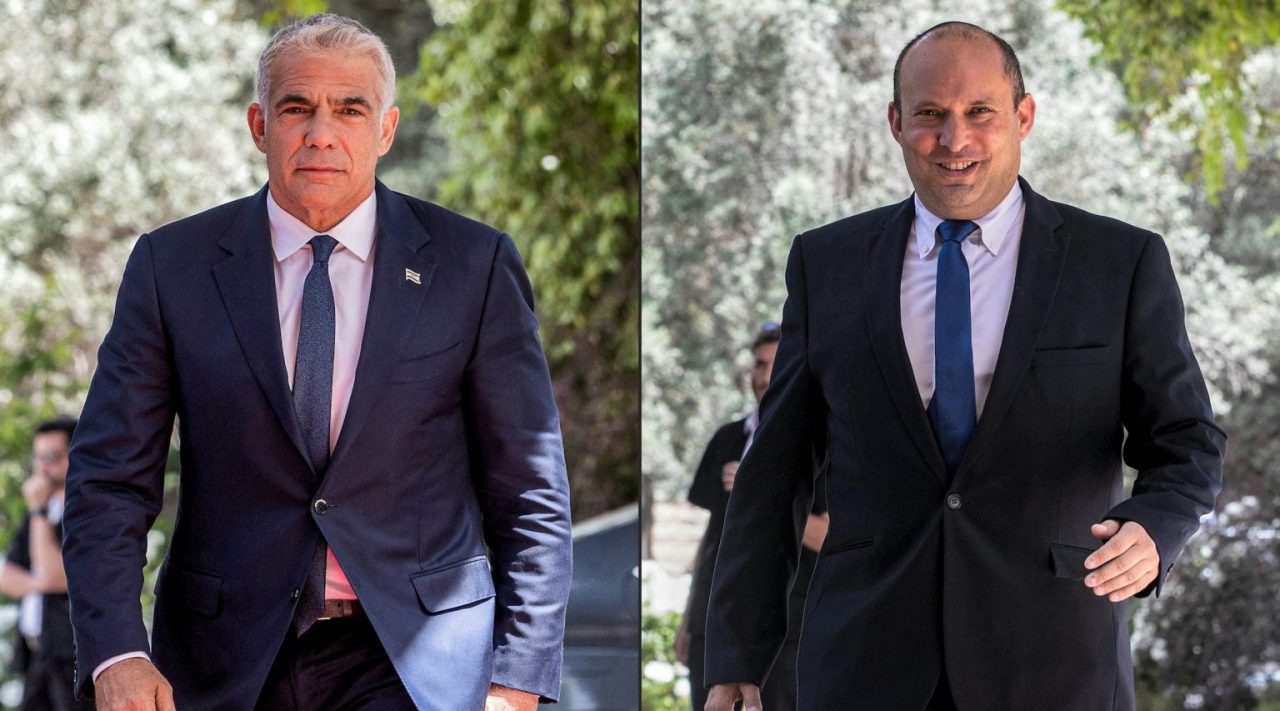