Don’t sleep through the rebellion

The grandparents of the Rabbi of Chelm had left the village of Chelm in Europe and built a new one in America — and for that he was very grateful. After all, all you need for Chelm is a ZIP code and the right kind of people.

It tickled the Rabbi of Chelm that Parashat Korach often falls near or on the Fourth of July, a national celebration of a righteous rebellion (if you are a male, white and a landowner; but the aspirational values are all there).

Korach is not a righteous rebellion. It all began to go south last week when the 12 tribal representatives (heads of tribes, not spies), who had seen the Land of Israel, and with the exception of two, reported, falsely, that the land “consumes those that dwell in it” and “it will better if we went back to Egypt.”

This week, Korach, the cousin of Moses and his allies rebel against Moses and Aaron. The ground opens up and swallows up the small band of rebels.

Imagine this. After the failed rebellion of Korach, Moses and Aaron go to sleep, thinking perhaps this is all over, only to wake up the next morning to the realization that the people remain disobedient and unmanageable.

Numbers 17:6. “And the community of Israelites murmured on the next day against Moses and Aaron, saying, ‘You, you have put to death the Lord’s people!’”

Last week, the Lord was fed up with the Israelites when they lost faith in the Lord after believing the tribal representatives (again, not spies, but heads of tribes). Moses saves the people by reminding God that “The Lord is slow to anger and abiding in kindness …” And yet, here we go again.

Numbers 17:7. “And it happened when the community assembled against Moses and against Aaron, they turned to the Tent of Meeting, and look, the cloud had covered it and the Lord’s glory appeared.”

Numbers 17:10. “And the Lord spoke to Moses, saying, ‘Lift up yourselves from the midst of the community and I will put an end to them in an instant.’ And they fell on their faces.’”

In other words, the Lord says to Moses and Aaron: Get away from the Israelites while I wipe them out.

And not for the first time.

A month earlier, the Lord gave up on the Israelites and offered Moses the opportunity to lead another people in Exodus 32:10: “Leave Me … I and will put an end to them and I will make you a great nation.” Moses argues back, based on the promise (made by God to Abraham, Isaac and Jacob) that their descendants would prosper. The Lord relented.

Leviticus interrupts the emotional narrative in Exodus and Numbers. Read the end of Exodus, skipping Leviticus, and the beginning of Numbers, and you will hear:

“For the Lord’s cloud was over the Tabernacle by day, and fire by night was in it, before the eyes of all the house of Israel in all their journeying.” (Exodus 40:38)

It’s been a month from the end of Exodus to the beginning of Numbers, and indeed, these are the same cranky people. Only this time Moses is not alone with God on Sinai, as in Exodus. He and Aaron are at the entrance to the Mishkan, the Tent of Meeting, flat on their faces.

Numbers 17:11. “Then Moses said to Aaron, ‘Take the fire pan, and put on it fire from the altar. Add incense and take it quickly to the community and atone for them, for the fury has gone out from before the Lord and the scourge has begun!’”

This was an original move. No one, especially The One, told him to do this. How did he know this would work? Aaron did not ask those questions. He moved.

Numbers 17:12. “He put in incense and atoned for the people. And he stood between the dead and the living, and the scourge was held back.

Rashbam (the 12th-century grandson of Rashi, both French) understood this to mean that Aaron is forming a human shield to stop the plague. Aaron runs toward the danger. He could have run into the Mishkan and saved himself, just in case this crazy “put incense in a pan” plan did not work. It did work.

Perhaps, wonders the Rabbi of Chelm, it is from this story we learn from Hillel in Pirkei Avot 1:12: “Be a disciple of Aaron, loving peace and pursuing peace, loving people and drawing them near to the Torah.” 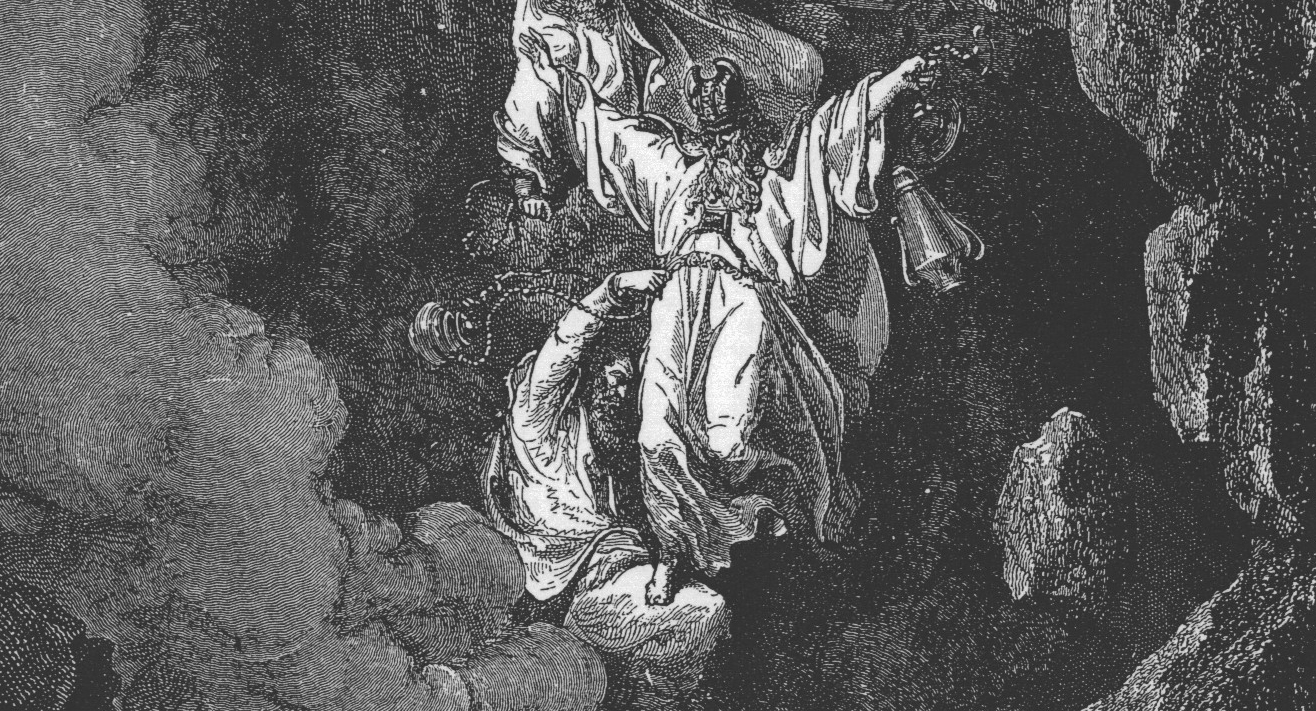