The romanticized view of teacher-led school prayer presented in a recent Forward opinion column bears little resemblance to the real lives of hundreds of thousands of Jewish public-school students across the United States.

For those children and their families, last week’s Supreme Court decision in Kennedy v. Bremerton is a blow to their ability to navigate the daily challenges inherent in being minority-faith students in Christian-dominated public-school districts.

Generations of American Jews, especially in regions with smaller, more dispersed Jewish populations, have endured routine indignities and outright discriminatory practices in public school systems that should be models of pluralism and civic responsibility. From the daily Christian prayers of the 1950s and 1960s to annual “December dilemmas” in which Jewish students feel compelled to participate in Christmas concerts, fundraisers, and other activities, Jewish children learn early on the meaning of “going along to get along.”

The cost of resisting the overt Christian messaging in some public schools can range from social ostracism to punitive treatment by teachers and coaches.

These incidents are not a relic of years gone by. Last December Jewish parents in Northern Virginia reached out to my organization, the Jewish Community Relations Council of Greater Washington, for assistance when a music teacher included in her kindergarten-first grade holiday curriculum a song about “baby Jesus.”

In February, a Jewish mother in Tennessee filed a formal complaint after her daughter’s public-school Bible class teacher wrote on the board a name for God Jews generally do not utter and allegedly said, “If you want to torture a Jew, make them say this out loud.” (The class is paid for by a Christian organization and is meant to teach the Bible as a historic and literary text.)

It is no accident that the plaintiff in Kennedy was a football coach who was terminated for leading his players and fans in public Christian prayer on school grounds. In parts of the U.S. where football is king, Jewish student-athletes, are often at a disadvantage because of the overtly Christian-dominated environment and behavior by coaches and players alike.

One powerful force in American high school sports is the Fellowship of Christian Athletes, a nonprofit founded in 1954 with the goal of using professional athletes to promote the Christian faith. It now operates 697 sports camps in 107 countries, with the goal, according to its mission statement, of seeing “the world transformed by Jesus Christ through the influence of coaches and athletes.”

The group made national headlines earlier this year when a Jewish student and hundreds of his classmates at a West Virginia high school were required to attend an assembly featuring the group where they were exhorted to commit to Christianity. More than 100 students staged a walkout in protest.

Although this group was not directly connected to the Kennedy lawsuit, the ethos underlying its mission was at the heart of the case. Justice Neil Gorsuch, who wrote the majority opinion, characterized the prayers of Coach Joseph Kennedy as quiet expressions of personal faith, rather than a loud, public, school-sponsored activity. This portrayal was refuted in a dissenting opinion by Justice Sonia Sotomayor, who pointedly included photographs of the on-field prayer sessions to prove her point.

As Jay Michaelson wrote in a column for the Daily Beast, at the high school he attended in a conservative state, “All the football jocks were in FCA and the prayers they led were as official as a fire drill.”

There doesn’t seem to be much room for respecting Muslim, Jewish, atheist or other non-Christian student-athletes in such an environment. In fact, a high school football coach in Ohio and seven members of his staff were suspended last year for forcing a player who is a member of the Hebrew Israelites and keeps kosher to eat a pepperoni pizza as punishment for missing practice.

In the Forward column, opinion editor Laura E. Adkins says “trying to remove the religious character of our country” is impossible. But the First Amendment’s Establishment Clause was not intended to negate the religious character of the United States and of its citizens, only to ensure that all expressions of religion would be allowed to flourish free from government interference or endorsement.

Even as our nation’s population has become ever more diverse, Jewish leaders have had to spend an inordinate amount of time sensitizing public school administrators, teachers, and school board members to the needs and concerns of minority-faith students, and to combating outright discrimination.

The court’s decision, in this case, will make such advocacy that much more difficult, leaving Jewish students and school district employees feeling unseen, unheard and unprotected.

That can’t be the outcome envisioned by the drafters of the First Amendment.

The views and opinions expressed in this article are the author’s own and do not necessarily reflect those of J. or the Forward. 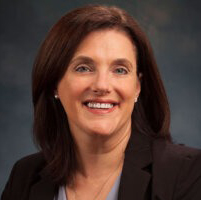 Guila Franklin Siegel is associate director of the Jewish Community Relations Council of Greater Washington, D.C. She can be contacted at [email protected].