The Mapping Project, an initiative by far-left, anti-Israel and pro-Palestinian activists in the Boston area, was featured in a recent livestream on Goyim TV, a virulently antisemitic, homophobic and racist website founded by a Petaluma man.

The use of the map — which evoked condemnation from Jewish organizations for seeming to link scores of Jewish institutions in a nefarious web — confirmed the fears of some Jewish leaders who had warned the Mapping Project was doing the work of white supremacists.

The project’s anonymous founders believe their initiative to be grounded in “liberation struggles” in Palestine and across the world. No one from the group responded to a request for comment.

“White supremacists are now using the #Boston ‘mapping project’ in their outreach, further exacerbating the danger this document poses to our Jewish community,” Jeremy Burton, CEO of the Jewish Community Relations Council of Greater Boston, wrote on Twitter, after a screenshot from the Goyim TV episode was posted by this reporter on Twitter.

White supremacists are now using the #Boston "mapping project" in their outreach, further exacerbating the danger this document poses to our Jewish community.#antisemitism from the far-left & the far-right share a common ideological DNA –> they blame the Jews for everything. https://t.co/18oTRTIlSp

Since it gained widespread publicity in early June, the Mapping Project has divided even staunch pro-Palestinian activists, some of whom believe it goes too far or is not strategically wise. It identifies scores of Jewish organizations across Massachusetts, some with very marginal ties to Israel, in a colorful map with more than 1,300 lines connecting them. It aims to show associations between organizations that support the “colonization of Palestine,” its website says, as well as other “harms that we see as linked, such as policing, US imperialism, and displacement/ethnic cleansing.” Opponents say blaming Israel or Jews for a broad swath of the world’s evils plays into antisemitic tropes.

Goyim TV founder Jon Minadeo Jr. of Petaluma, who earns hundreds of dollars in near-daily livestreams, showed the map during a July 13 episode called “Boomer Fags Eat Jew Penis! Jews Seething Over Abortion Rights! Rabbi’s Saying Jews Go Back to Israel!” Minadeo, who goes by the moniker “Handsome Truth,” did not visit the Mapping Project website during the stream but showed images and audio from WGBH’s Boston Public Radio, which reported on the map and included an image of it to illustrate an online article in June.

“This is super, duper, ooper important,” Minadeo said with the map superimposed behind him. “Just look at the domination of these Jews, and how infested they are all over.”

Minadeo, who orchestrates national flyer campaigns blaming Jews for the Covid-19 pandemic, the war in Ukraine, abortion and various societal ills, believes Jews have ultimate control over national and world events and advocates for their removal from the United States.

RELATED: ‘Thanks Jews, for the publicity’: Is Goyim TV succeeding?

The Mapping Project’s founders described themselves in a favorable interview with the pro-Palestinian website Mondoweiss as “a collective of activists and organizers involved in anti-imperialist and Palestine solidarity struggles, who came together around a shared desire to develop a stronger understanding of the oppressive entities we’re up against.” The boycott, divestment and sanctions movement has distanced itself, saying it “has no connection to and does not endorse” the Mapping Project. However, the project does have the support of the Boston-based branch of the BDS movement, as well as pro-Palestinian youth groups and, according to the ADL, the campus group Students for Justice in Palestine.

The website includes 497 linked “entities,” some of which are not Jewish, such as Lockheed Martin, Harvard, regional police departments, and even Harpoon Brewery in Boston. Many are Jewish, ranging from a high school to the ADL, which the Mapping Project considers a “super-oppressor” on par with the FBI and military weapons developers.

The map names and blames institutions across a broad spectrum of the Jewish community for alleged “harms,” such as “normalizing” Zionism. Other entities named include Jewish philanthropies, the Synagogue Council of Massachusetts, the Jewish Teen Foundation of Greater Boston and the disability rights group Yachad New England, which encourages trips to Israel.

“Boston’s Zionist leaders and powerhouse NGOs, which buy legitimacy and support from universities, use their influence to enable a range of oppressive agendas,” one section of the website that draws conclusions about the map says. “Including:  supporting the Israeli army and Israeli settlements in Palestine; criminalizing Palestine liberation activists on college campuses; funding U.S. police departments and cop unions; extracting wealth from colonized Puerto Rico; and advancing the privatization of U.S. public schools.”

The ADL has described the project as “chilling,” as it includes physical addresses and encourages acts of live protest “so we can dismantle” the network, the Mapping Project website says. The ADL has appealed to a web host in Iceland to take the site down.

The Jewish historian John Efron, the Koret Chair in Jewish History at UC Berkeley and co-author of “The Jews: A History,” also condemned the Mapping Project, saying throughout Jewish history, far-right and far-left antisemitic conspiracy theories have often converged.

“There have long been identical antisemitic opinions expressed by the far right and the far left about such things as Jews and money, Jews and the media, Jews and political power, Jewish religious customs such as kosher animal slaughter and circumcision, and about Israel,” Efron wrote in an email to J. on Monday.

“The pro-BDS Mapping Project, which entails geographically identifying places of ‘local institutional support for the colonization of Palestine,’ many of them Jewish, is yet another well-worn antisemitic tactic,” he continued.

“The paranoid fantasy that those institutions are, according to the Mapping Project website, ‘structurally tied to policing and systemic white supremacy here where we live, and to U.S. imperialist projects in other countries,’ smacks of the world Jewish conspiracy refrain that holds Jews responsible for anything and everything the accuser is opposed to.”

Minadeo, who says he does not advocate for violence, and who instructs his followers on how to avoid getting arrested, indicated during the stream that the Goyim Defense League, a loose network of mostly white men who engage in antisemitic stunts, would have its sights set on Boston. Goyim TV flyers, distributed by followers of Minadeo and the GDL, have appeared in more than a dozen states across the country over the last two years and in other countries including Denmark and Australia. Members of the Goyim Defense League also embark periodically on so-called “Name the Nose” tours spreading antisemitic propaganda, such as one in Texas last October.

“Here we come, Boston, here we come,” Minadeo said. “We got some Jews to name out there.” 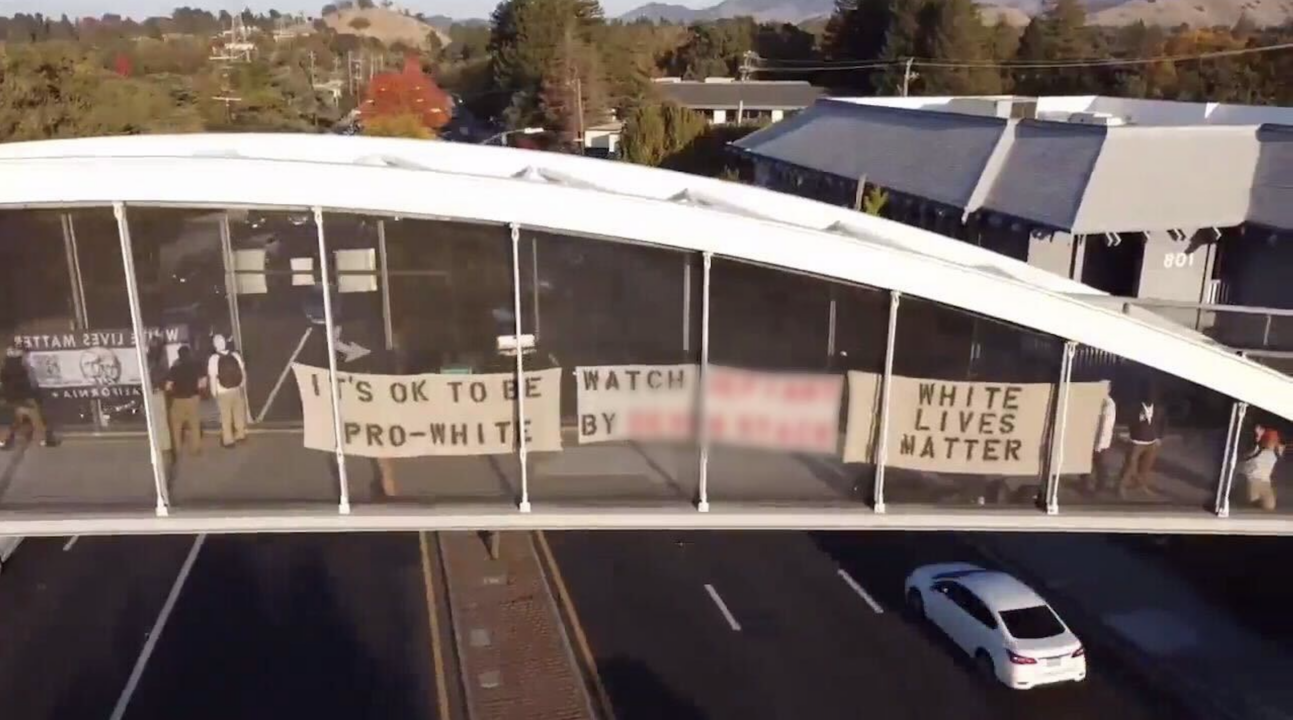 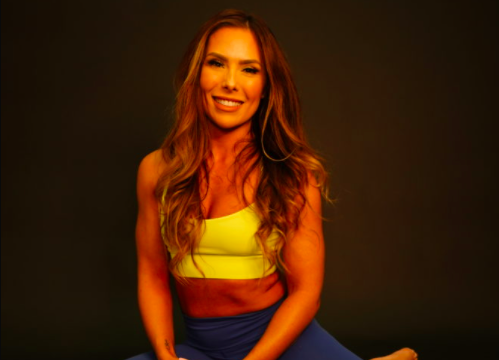 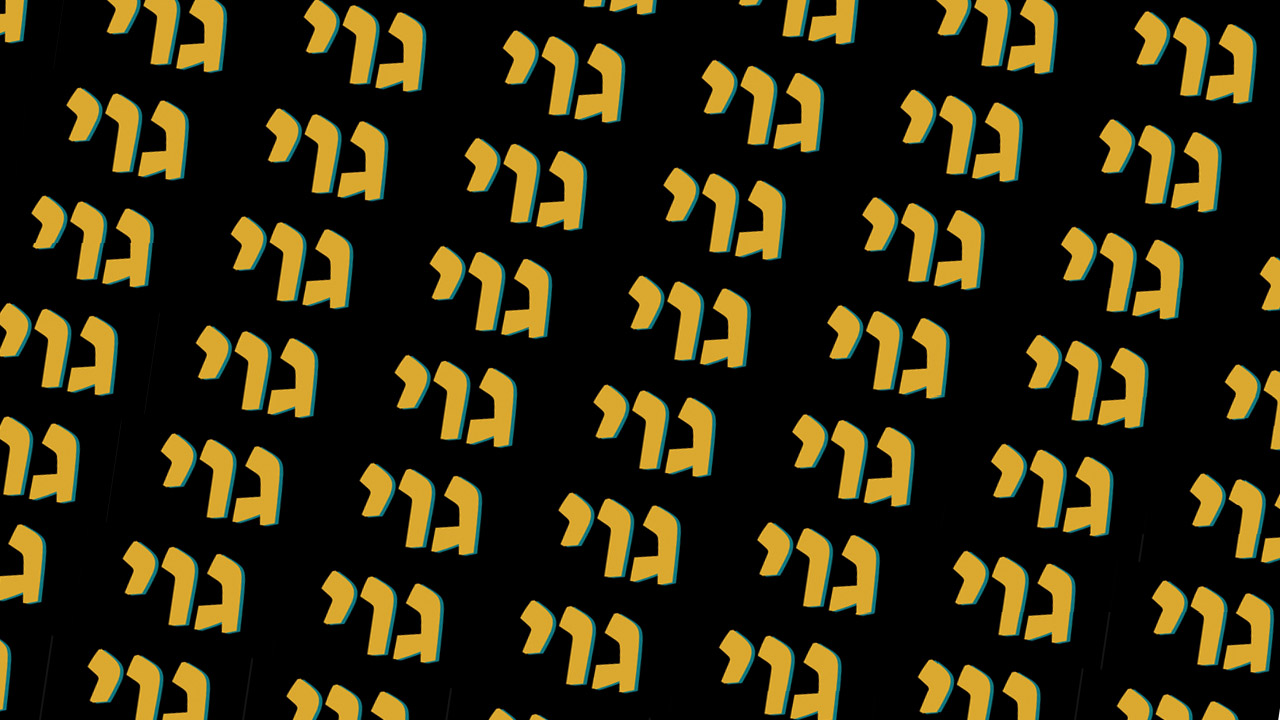