“The Dressmaker’s Daughter” by Linda Boroff (Santa Monica Press, 240 pages). It’s 1940, and Romanian-Jewish teenager Daniela, a brilliant student, aspires to become a doctor. But when the Nazis invade, she is captured, deported to Transnistria — part of modern-day Moldova — and forced to nurse injured Romanian soldiers while serving as a concubine to an Iron Guard commander. She pines for her lover, Mihail, who was hired by her dressmaker mother to serve as her tutor before the war and has since joined the partisans. Boroff, who lives outside Santa Cruz, told J. that her racy young adult novel started as a screenplay. (She wrote the screenplay for 2008’s “Fashion Victim” about the assassination of designer Gianni Versace.) The character of Daniela is loosely based on Boroff’s Romanian-born grandmother, Celia, who immigrated to the U.S. at age 13 and thereby avoided the kind of suffering endured by Daniela. In Daniela, Boroff said, she created someone Celia might have been: “She never experienced the horrors of war in Romania, but I wondered, what if she had stayed? A lot of [Daniela] is me, too.” While researching the screenplay (and now novel), Boroff said she learned about the extreme antisemitism of Romanians at the time, culminating in the Transnistrian Death March and the murder of hundreds of thousands of Jews.

“JFK & the Muckers of Choate: A Real-to-Life Novel” by Scott Badler (Bancroft Press, 324 pages). What was John F. Kennedy like in high school? In this young adult novel, set in 1934-1935 and based on actual events, Kennedy emerges as a “mucker,” the term used by the headmaster of his Connecticut boarding school to describe troublemakers. Kennedy leads a group of fellow students who are determined to fight injustice wherever they find it, including in the school’s quota system for Jewish students. At the same time, Kennedy must contend with anti-Catholic sentiment, poor health and pressure to measure up to his older brother, Joe. “Thousands of books have been written about JFK and the Kennedys—sometimes called America’s Royal Family,” Badler writes in an author’s note at the beginning of the book. “But while a few of them deal with his early years, the great majority focus either on his presidency or assassination, or go forward only from the saga of the PT-109 during WW II. But much of what happened at Choate informed the rest of his life.” Badler drew upon materials at the John F. Kennedy Presidential Library and Museum in writing the novel, his first. A resident of Richmond, he lived in the Boston area for many years and taught humor writing at Harvard University and Emerson College.

“Open: An Uncensored Memoir of Love, Liberation and Non-Monogamy” by Rachel Krantz (Harmony, 352 pages). This is a work of “immersion journalism” by a polyamorous writer who took detailed notes on her romantic relationships with men and women between 2015 and 2019, when she lived in Brooklyn, New York. (Krantz and “Adam,” her primary partner during the period covered in the book, are both Jewish.) The memoir, which also includes interviews with psychologists and others involved in open relationships, is an update of sorts to “Thy Neighbor’s Wife,” Gay Talese’s 1981 nonfiction book on American sexuality. There is a lot of sex in “Open,” including BDSM, but Krantz also writes honestly about the emotional hazards of polyamory, including feelings of jealousy and gaslighting. “This book is different from a lot of books about non-monogamy in that it’s not arguing for or against or providing a ‘how-to’ guide,” Krantz told The Times of Israel. “It’s really about the messy parts, with a lot of depiction about how things go wrong a lot of the time. But it’s not an agenda either way. It’s just telling a story.” A founding editor of the women’s magazine Bustle, Krantz grew up in Oakland and lives in Sacramento.

“The Flying Camel: Essays on Identity by Women of North African and Middle Eastern Jewish Heritage” edited by Loolwa Khazzoom (self-published, 366 pages). An updated edition of this groundbreaking Mizrahi feminist anthology has arrived, nearly 20 years after the publication of the first edition. New material includes an interview with Tair Haim of the Yemenite-Israeli band A-WA, poetry by Khazzoom and a study guide. The audiobook features musical and spoken word performances. Several of the previously published essays are by Bay Area writers: Rachel Wahba, Gina Bublil-Waldman, Julie Iny and Caroline Smadja. “I wish I could say that this book is no longer as revolutionary, cutting-edge, or as needed as it was when I began compiling it in 1992, but unfortunately, that is not the case,” Khazzoom writes in the preface. “Even though there have been changes — shifts in consciousness, language, and even representation — Mizrahi and Sephardi women remain overall excluded, in theory and practice, from spaces for women, Jews, Middle Easterners, people of color, LGBTQI folk, and even Mizrahim and Sephardim.” Khazzoom, an Iraqi-American educator who was raised in San Francisco and lives in Seattle, is also the founder of the alternative-rock band Iraqis in Pajamas.

“How Architecture Tells: 9 Realities That Will Change the Way You See” by Robert Steinberg with Gerald Sindell (ORO Editions, 296 pages). “Architecture doesn’t exist in isolation. It is, in effect, like joining an existing conversation. Architecture should be responsive to its context, purpose, and moment in time.” Those are some of the observations found in this coffee-table book by a third-generation architect living in Palo Alto. Steinberg shares his guiding principles, or “realities,” in nine chapters, each devoted to a different project. (The book contains lots of beautiful photos of buildings.) Steinberg’s father, Goody, started the architectural firm Steinberg Hart in Silicon Valley and designed the campus of Congregation Beth Am in Los Altos. Later, the younger Steinberg added onto it and also contributed to the design of Congregation Beth Jacob in Redwood City and the Jewish Community Center of San Francisco. Chapter 9, titled “Architecture Is Innovation,” is devoted to the Taube Koret Campus for Jewish Life and the Moldaw Residences in Palo Alto, which Steinberg also designed. “Sculpting space,” the author writes, “has the power to shape life.”

These books are available to order from Afikomen Judaica in Berkeley and online retailers. J. invites local authors to submit their books for possible inclusion in future columns to [email protected]. Books that were published within the last six months and are available to buy from major retailers or borrow from local libraries will be given priority for coverage. 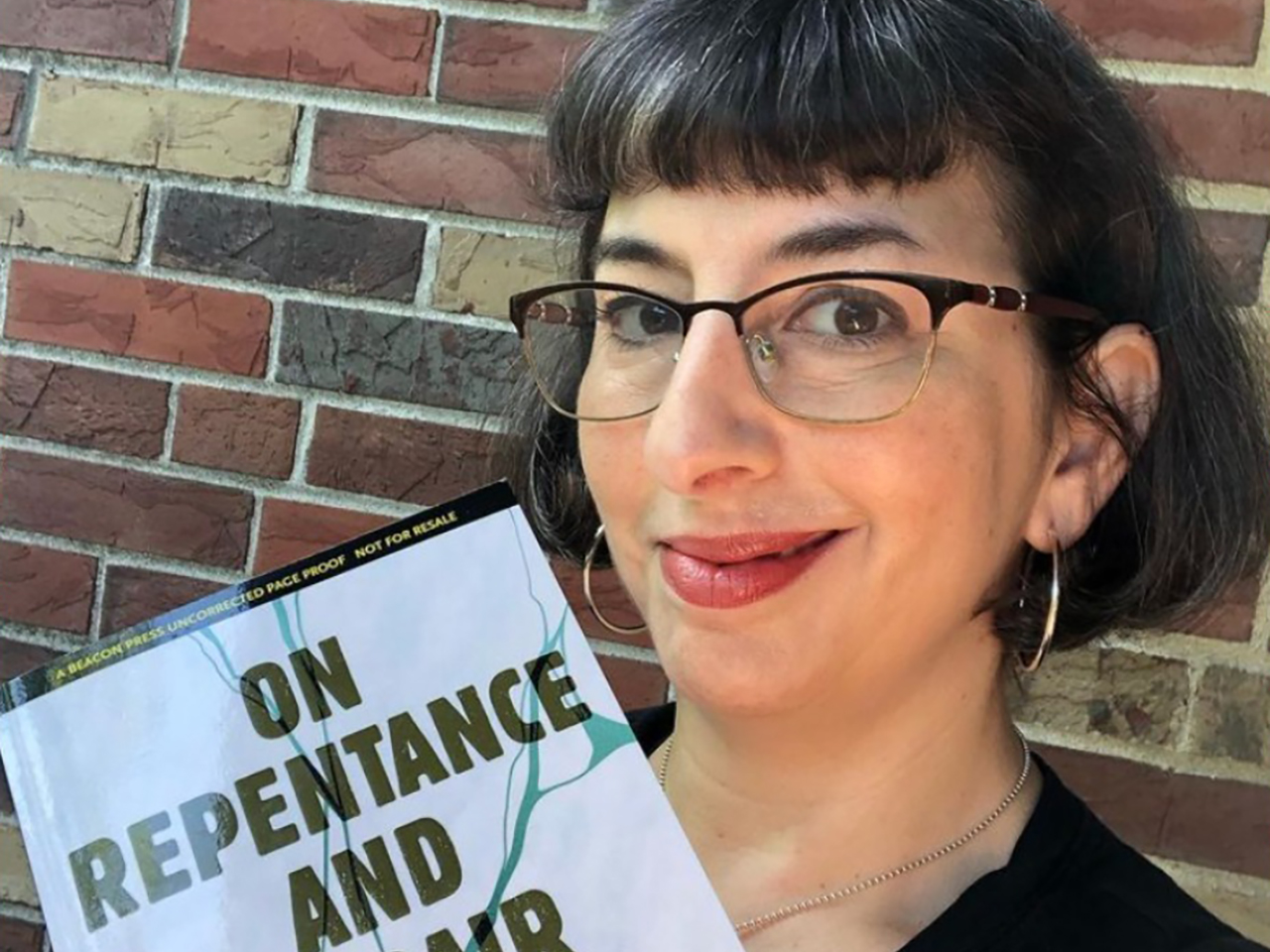