Swastikas etched on cars in Berkeley probed as hate crime

Swastikas found carved into the side of three vehicles in North Berkeley on Sunday morning are being investigated as a hate crime, Berkeley police said.

Jules Kragen was one of the vehicle owners victimized by the spree, which happened on Monterey Avenue near Colusa Avenue, police said. A fourth car nearby had its window smashed by a brick.

On the social network NextDoor, Kragen posted about the damage, which police characterized as “etchings/scratchings.” Kragen said he is offering a $500 reward for information leading to the arrest of the vandal or vandals.

“For me, it’s very personal in that my parents were in the Holocaust,” he told KTVU Channel 2. “Eight of my aunts and uncles, and three out of the four grandparents were killed, so it evoked a lot of sadness in me that this sort of racist behavior is still going on.”

Kragen, an attorney, serves as interim executive director of the J’Accuse Coalition for Justice, a think tank dedicated to combating antisemitism, according to his LinkedIn profile.

At least one other vandalized car had a Jewish owner, KTVU reported.

Kragen told the TV station he felt supported by the members of his community, many of whom reached out to him. Until his car can be repaired, he is covering the swastika with a piece of cardboard.

“It’s wonderful to live in a community like [Berkeley] where racism, antisemitism and xenophobia are not tolerated,” he said.

According to the Berkeley Police Department, there have been no developments in the case since it was reported and no witnesses to the crime had come forward.

The vandalism occurred after California Attorney General Rob Bonta released a report last month showing antisemitic hate crimes in 2021 were at their highest since 2012, the first year for which data is available. According to data compiled by Bonta’s office, 152 anti-Jewish crimes were reported to the state’s Department of Justice in 2021, a 32.2 percent increase over 2020 and the most, by far, among hate crimes targeting religious groups.

In a statement to KTVU, Berkeley Mayor Jesse Arreguín wrote that he stood in solidarity with the local Jewish community.

“A crime against one of us is a crime against all of us,” he wrote. “I’m coordinating closely with police to ensure the individual who carried out this cowardly display of hate is held accountable. Hate crimes will never be tolerated in Berkeley, this is a community that celebrates diversity in all its forms.” 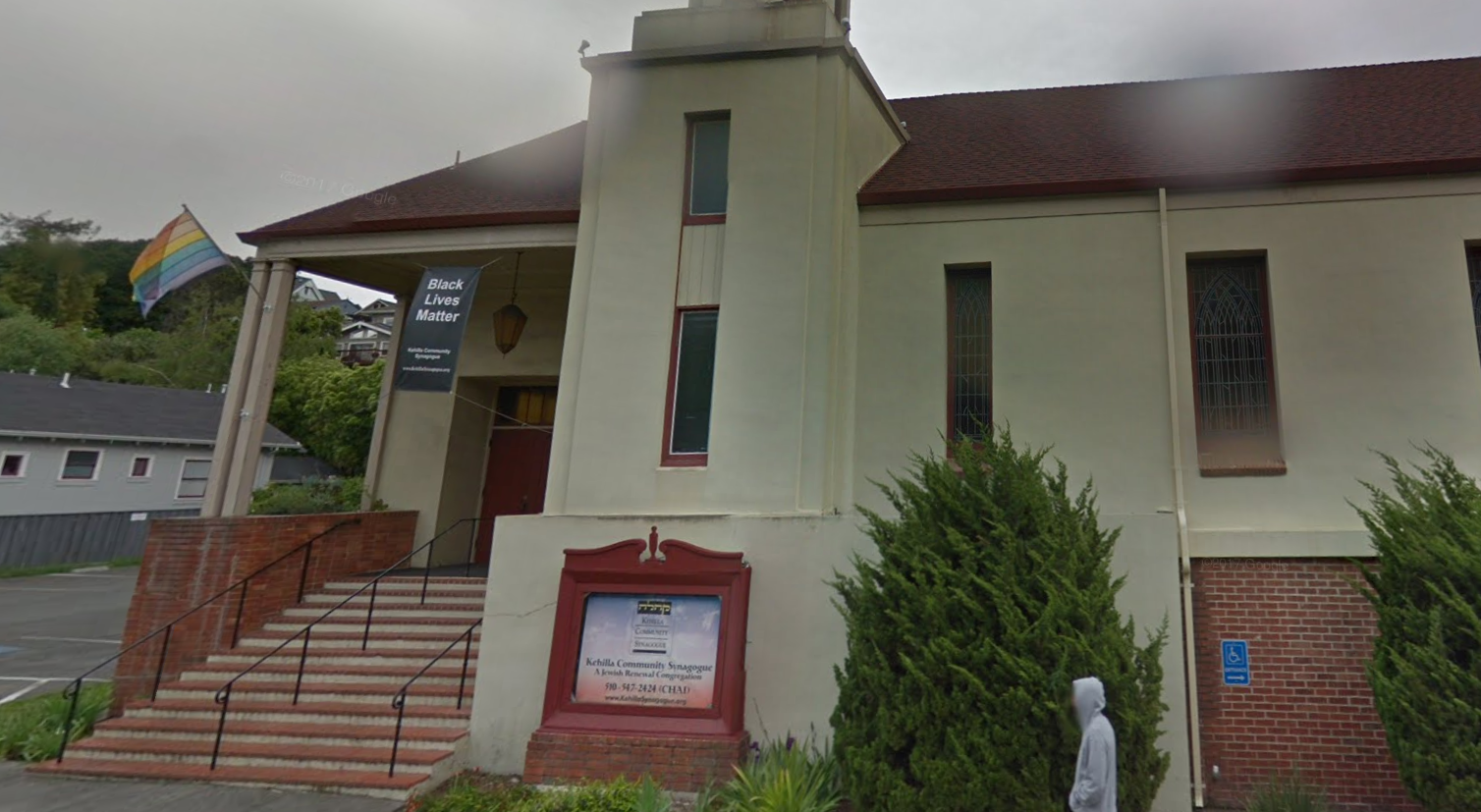