San Francisco philanthropist and Holocaust survivor George Elbaum has received an honorary doctorate from the Technion-Israel Institute of Technology. The ceremony took place June 13 during a meeting of the Technion board in Haifa. Elbaum was awarded the honorary degree “for his passion for the Technion, his leadership in and support of the American Technion Society (ATS), and for his role in influencing today’s youth by telling his story as a Holocaust survivor,” ATS said in a press release. Elbaum is a member of the ATS San Francisco Leadership Council, the ATS National Board, and the Technion Board of Governors.

Leading Edge, an organization that helps Jewish nonprofits, has named Oakland native Brady Gill, executive director of East Bay–based Jewish Youth for Community Action, to its first Leading Executives cohort, starting in September. The six-month program will provide leadership training and other support for 20 senior executives of Jewish nonprofits. Gill spent his summers as a youth at Camp Tawonga and later worked there. He has also developed summer camplike programs for adults and was one of the original residents of the first Moishe House.

Cantor Naomi Weiss will be installed Aug. 13 as the first full-time cantor ever at Congregation Kol Shofar, a 60-year-old Conservative synagogue in Tiburon. “I am honored and delighted to be joining this wonderful congregation,” Weiss said in a release. “The opportunity to teach and share the beauty of our traditional prayers through the gift of music is a responsibility I take seriously and with pride.” The installation weekend will include Shabbat morning services and a reception that evening with a cantorial concert featuring Cantor Alberto Mizrahi, hazzan emeritus of Anshe Emet Synagogue in Chicago, and Hazzan Sandy Bernstein of Congregation B’nai Shalom in Walnut Creek.

Adam Swig, the local Jewish events promoter behind Value Culture, was joined by his frequent collaborator, the New York–based rapper Kosha Dillz, for Shabbottlerock, an event at the BottleRock Napa Valley music festival in May. Their opening act at one of the stages consisted of Shabbat freestyle rap, lighting Shabbat candles and presenting a giant challah from Frena Bakery in San Francisco festooned with “BottleRock 2022.” Eighteen smaller challahs from Grand Bakery in Oakland were thrown into the crowd. “I was walking by … and all of the sudden I heard Hebrew prayers and saw challahs flying through the air!” a Value Culture press release quoted an event attendee named Laura saying. “It was great! My grandmother would have been proud I was at a Shabbat at BottleRock.”

Dinkelspiel is a fifth-generation San Franciscan who has worked as a deputy district attorney in San Mateo County and as general counsel and later owner-publisher of San Francisco Magazine. An adviser to the J. board for five years, he has served on the boards of a number of Bay Area organizations, including Yerba Buena Center for the Arts, Congregation Emanu-El and the East Palo Alto Community Law Project, which he co-founded.

Fine is a partner at Baker & McKenzie in San Francisco. He was previously the president of the board of the JCCSF and co-chaired the 2009 JCC Maccabi Games in San Francisco, among many other leadership roles at Jewish organizations and other nonprofits.

Moscow-born Gartsman grew up in San Francisco and has been involved with the JCCSF, Emanu-El and other local Jewish organizations. Gartsman is the senior finance director at the Trust for Public Land, and is currently on the finance committee of the S.F.-based Jewish Community Federation.

The lineup of J.’s new board officers has Carol Weitz as president (previously co-president), Alexandra Corvin and Jerry Yanowitz as vice presidents, Liz Berman as secretary and Patricia Rosenberg as treasurer. Mark W. Bernstein has stepped down as co-president but will remain on the board.

Dana Blankman is the new administrative director of Chochmat HaLev, a Jewish Renewal synagogue in Berkeley. Blankman is a Bay Area native with an MFA in acting. She is a stage and musical theater actor, but has also worked in the nonprofit sector, most recently at Shalom Bayit. In an email to the congregation, she wrote: “Chochmat HaLev has been a draw to me for quite some time and I’m super excited to meet the community and get started!”

Caren Drezner is the new nursery school director at Congregation Beth Ami in Santa Rosa. She has previously worked in JCC management and is relocating from Silicon Valley.

Silicon Valley executive Donna Dubinsky has been appointed to a temporary position as senior counselor in the office of the secretary at the Department of Commerce. She will help plan the implementation of the CHIPS Act, a $52 billion plan to bring semiconductor manufacturing back to the United States. Dubinsky is a serial tech industry entrepreneur who co-founded the Lemala Fund, which helps Bay Area nonprofits. J. is a recipient of a 2022 Lemala grant.

Miriam Guiney has retired after 23 years as director of Camp Kayetz at Temple Beth El in Aptos. “Mimi has been such an amazing force for good in the lives of our children. Magic happens at camp,” Beth El Rabbi Paula Marcus said in an email to J. Said Guiney, “The kids love camp not only because it is fun, but because they feel part of a community and they feel seen … I will miss my campers.” Camper and staff alumni came on the last day of camp, July 15, to celebrate and say goodbye.

Scott Kaufman has been named interim CEO of Jewish Silicon Valley, which formed last year when the local Federation and the Addison-Penzak JCC merged. “Scott will provide operations oversight and strategic guidance, as well as leadership support to  JSV’s board and staff during the CEO search process and transition,” board chair Avery Kaufman Borenstein wrote in an email to the community. Scott Kaufman is the former CEO of the metro Detroit federation and has served as an interim leader at federations in Philadelphia and Orange County. He has also served on the boards of Jewish organizations such as Leading Edge, the Michigan-based Max and Marjorie Fisher Foundation and Jewish Federations of North America.

Jewish Gateways is welcoming three new staff members. Rabbi Stephanie Kennedy is the group’s new rabbi-educator and will develop the new Open Tent B-Mitzvah program. In an email, Kennedy said she is “honored and humbled by the opportunity to create family programs that allow everyone to bring their whole selves to Judaism.” The Australian-born rabbi is relocating with her family from New England, where she was the director of education at independent congregation Ma’yan Tikvah in Massachusetts.

Cara Anderson will be the East Bay organization’s new operations and family programs associate and Micah Bernhard is the new musician at Growing Together, JG’s family learning program.

Stacey Lewis is the new chief development officer for the Jewish Home and Senior Living Foundation, which operates the San Francisco Campus for Jewish Living. Her most recent position was at Aim High, a Bay Area nonprofit that provides free summer programs for middle school students. Before she got into fundraising, Lewis (then Stacey Palevsky) was a journalist — including four years here at J. from 2006 to 2010.

The S.F-based Jewish Community Relations Council has hired Adriana Lombard as director of public education, a new position. Lombard is an educator, curriculum writer and educational strategist who most recently created a K-12 curriculum on homelessness for the Los Angeles County Office of Education.

Also, JCRC has one new board member and a new slate of officers. Joining the board is Oakland resident Laurie Earp, who has served as finance director for candidates and ballot measures across California and is the founder-owner of Earp Events and Fundraising. She is on the board of Camp Gilboa in Los Angeles and was a 2010 Wexner Heritage Fellow. The new officers are Jennifer Wolfe of Mill Valley, president; Jan Reicher, Christina Jefferson and William Schwartz of San Francisco, vice presidents; Sandi Bragar of San Francisco, treasurer; and Karen Kronick of Palo Alto, secretary.

Rabbi Laurie Matzkin is the new chief Jewish experience officer at the Peninsula JCC in Foster City. A fifth-generation Bay Area native, Matzkin worked at Jewish Silicon Valley, the Addison-Penzak JCC, PJ Library and Congregation Kol Emeth. She is also the founder of Makom Yoga: Mindful Jewish Movement and is on the executive committee of the Northern California Board of Rabbis. Her husband, Aviv Matzkin, teaches at Gideon Hausner Jewish Day School in Palo Alto, which their sons attend. 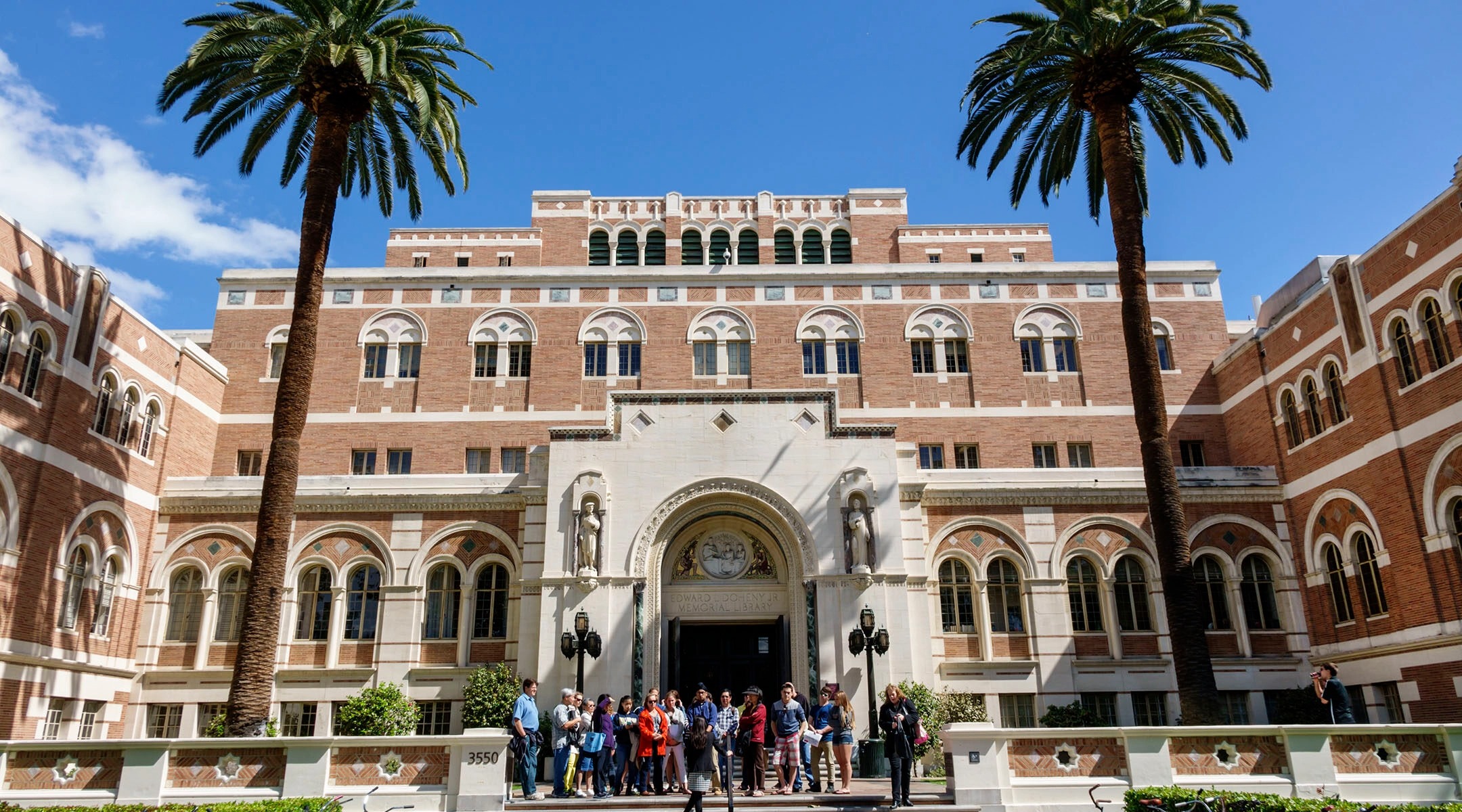