Elana Dykewomon hoped to see her first play staged before she passed away from cancer.

“I would like to see it at least have a reading before I die, which I expect to do,” she told J. matter-of-factly in an interview last month. “But it’s not so tragic to die.”

This summer, Dykewomon — an acclaimed Jewish, lesbian and Oakland-based writer and activist — worked with the actors who would perform two staged readings of “How to Let Your Lover Die” during the Bay Area Playwrights Festival. Hers was one of five plays selected for the festival out of 240 submissions.

Shortly before the play’s second reading began on Aug. 7, Dykewomon died at home. Her death was announced and mourned in the chat of the livestream. She was 72 and had been diagnosed with esophageal cancer in September, her brother, Dan Nachman, told the Bay Area News Group. The 2016 death of her spouse, Susan Levinkind, inspired her to write “How to Let Your Lover Die.”

In a statement, the Playwrights Foundation, which sponsors the Bay Area Playwrights Festival, said, “Playwrights Foundation mourns the passing of Elana Dykewomon, whose gripping play was recently featured in our 45th Annual Bay Area Playwrights Festival. When selecting the shows for this year’s festival, our committee of readers was deeply moved while reading her tribute to her late partner, Susan Levinkind, and knew that we wanted to uplift her emotional story of love, grief, and community. A true trailblazer with remarkable wit and a legend within lesbian literature, we were honored to work with Elana during her final weeks, bringing her words to life onstage.”

After news of her death began circulating online, Jewish Women’s Archive tweeted, “We mourn the loss of Elana Dykewomon, a queer activist, author, and teacher with a fiercely dedicated readership. May her memory be a blessing.” The tweet included a poster promoting Dykewomon’s 1976 book, “They Will Know Me By My Teeth: Stories and Poems of Lesbian Struggle, Celebration, And Survival.”

Jews for Racial and Economic Justice tweeted that Dykewomon was “a proud JFREJ member and dear comrade and teacher to so many of us.”

Elana Dykewomon z"l was a proud JFREJ member and dear comrade and teacher to so many of us. May her memory be a blessing & a revolution. https://t.co/iUcFhaTdcG

Rachel Spangler, a non-Jewish author of sapphic romance novels, tweeted about Dykewomon: “It’s hard to imagine our community without this pillar of strength to hold us up. Few of us have ever written without walking through doors she helped kick open with her words, her defiance, and the name she chose to carry.”

Born Elana Nachman in New York City in 1949, Dykewomon changed her name after the publication of her first novel, “Riverfinger Women,” in 1974. She wanted to distance herself from the Nachman line of rabbis from whom she descended, she told J. in 1997. She adopted Dykewoman, then Dykewomon, to demonstrate her allegiance to the lesbian community. “If I had to do it all over again, I might have chosen Dykestein or Dykeberg,” she said at the time.

Dykewomon was raised in a fiercely Zionist household; her father fought in Israel’s War of Independence, and her mother worked with a Zionist smuggling ring. Dykewomon spent part of her childhood in Puerto Rico and studied fine art at Reed College in Portland. She earned a B.A. in creative writing from the California Institute for the Arts and a master’s degree from San Francisco State University.

She settled in Oakland in the early 1980s, having been drawn to the area because of its Jewish, lesbian, activist community, she told J.

Though she rejected religion after becoming a radical feminst, she said, she often wrote on Jewish themes and included Jewish characters in her novels. Her second novel, “Beyond the Pale,” is set at the turn of the 20th century and features two Jewish, lesbian protagonists who emigrate from Russia to New York’s Lower East Side. Dykewomon studied Yiddish, Torah and Talmud while writing the book, which won the 1998 Lambda Literary Award for lesbian fiction.

“It can’t be that we are the first generation of Jewish lesbian activists on the planet,” she said in 1997. “So part of what the novel is about is searching for our ancestors and ancestral community as Jewish lesbians.”

Her other books include the poetry collection “Fragments from Lesbos” (1981), and the novel “Risk” (2009), about a Jewish lesbian who lives in Oakland and makes a living tutoring high school students. Her poetry and essays appeared in many collections and magazines.

In addition to writing, she edited Sinister Wisdom, a lesbian literary and art journal, from 1987 to 1994. For a two-part special issue in 1986 dedicated to Jewish women’s perspectives, titled “The Tribe of Dina,” she contributed a story written from the point of view of a woman wandering in the desert with the Israelites after leaving Egypt.

In 2021 she co-edited a special issue, titled “To Be a Jewish Dyke in the 21st Century.” She also taught writing at S.F. State for more than 15 years.

Julie R. Enszer, the current editor of Sinister Wisdom, wrote in a newsletter announcing Dykewomon’s death that she was “an innovative and practical theorist of lesbian-feminism” who championed publishing for women only and reading her work for lesbian-only audiences as a way to foster community. “Her ideas and their practical implications were not easy and caused conflict in multiple communities,” Enszer wrote. “The ideas at their core, however, have proven over time to be life-giving and valuable.”

She is survived by two brothers and several nieces and nephews.

Sinister Wisdom will hold a virtual memorial ceremony on Sept. 18. 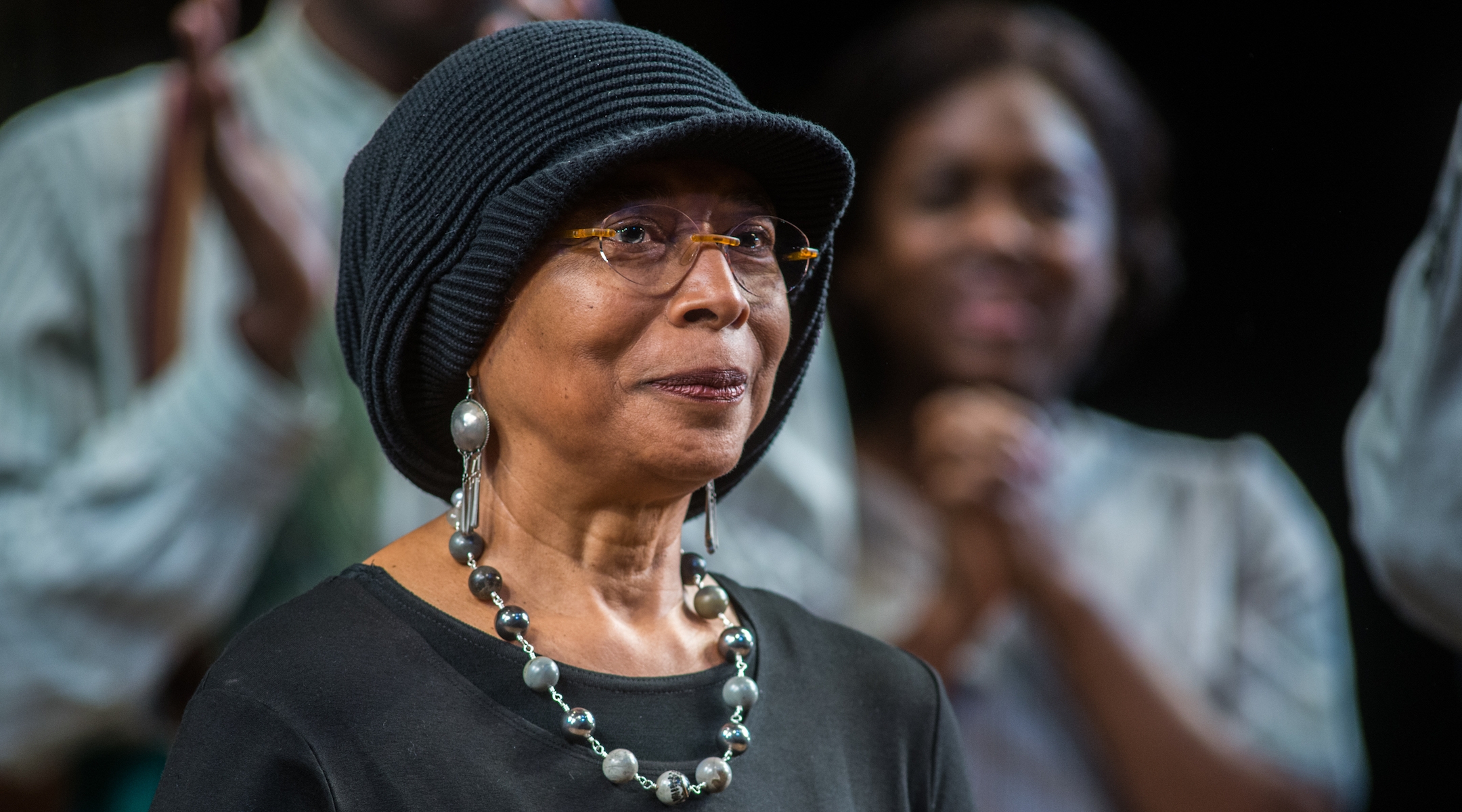