To save Jews and keep the Nazis away, these doctors invented a fake infectious disease

How the subject of his new documentary, “Syndrome K,” has largely escaped public attention is a mystery to filmmaker Stephen Edwards.

“It’s the greatest elevator pitch in Hollywood,” he said. “The story of three doctors, one of them Jewish, practicing with a fake identity, that fool the SS with a fake disease that saved Jews from certain deportation.”

“Syndrome K,” which hits digital and VOD platforms on Tuesday after some Jewish film festival showings, tells that little-known, surefire story: How three doctors at a hospital in Rome shielded a group of Jews from the Nazis in 1943 and 1944 by inventing a fake infectious disease called Syndrome K. The prospect of catching the disease kept the Nazis, who were occupying Rome following the fall of Mussolini, away from the hospital. The Jews there hung on until the Allies liberated the city in June of 1944.

Edwards, who has spent most of his career as a composer, is not Jewish — he was raised Catholic — but grew up among the large Jewish community in Ann Arbor, Michigan. He told the Jewish Telegraphic Agency that he got the idea for the film when he saw a meme about the “Syndrome K” story on Facebook, and was shocked to discover that no one had ever made a documentary about it before.

Fatebenefratelli Hospital was located very close to the Jewish Ghetto in Rome. The three doctors were Vittorio Sacerdoti, Giovani Borromeo and Adriano Ossicini. Sacerdoti was Jewish, while the other two were Catholic. Borromeo, who among other things protected the family of one of his Jewish mentors, is recognized as a Righteous Among the Nations at Yad Vashem, Israel’s Holocaust memorial authority.

Jews were kept in hospital rooms designated as dangerously infectious. “The Nazis thought it was cancer or tuberculosis, and they fled like rabbits,” Sacerdoti told the BBC in 2004.

The exact number of Jews saved, according to the film, is unknown, although various historical accounts have placed the number in the dozens.

“That’s why I think it’s such a secret story — the doctors didn’t crow about what they did, or talk about it a lot,” Edwards said. He added that the Syndrome K story is so obscure that the late historian Robert Katz’s “The Battle for Rome: The Germans, the Allies, the Partisans, and the Pope, September 1943–June 1944,” which is considered a definitive book about the Nazi occupation of the city, does not mention it.

When Edwards first began working on the film in 2018, he learned that Ossicini was still alive at age 98. Reaching out through an Italian-Jewish journalist named Ariela Piattelli, Edwards and his producer went to Rome and interviewed the doctor. On that trip, he also talked to a pair of brothers who survived the hospital as children, and Pietro Borromeo, the son of Giovani Borromeo. Both Ossicini and the younger Borromeo passed away within a year of their interviews.

For interviews with the others featured in the film, Edwards utilized the USC Shoah Foundation, which has collected and archived interviews with more than 55,000 testimonies now arrived at the University of Southern California.

That archive included an interview with the Jewish doctor Sacerdoti from around the year 2000, made shortly before his death and believed to be the only one he ever gave. The physician never married or had children, and there’s no record of where he is buried.

Edwards was full of praise for the Shoah Foundation, founded by Steven Spielberg, for including a system of tagging in their archive that allowed them to find interviews with survivors of the hospital of whom the filmmakers were previously unaware.

“We have no film without Sacerdoti,” Edwards said. “If I meet Spielberg at some point I’m going to thank him.”

Ossicini and Pietro Borromeo aren’t the only voices featured in “Syndrome K” who have since passed away. Ray Liotta, the famed actor, provided the voiceover narration for the film. He died on May 26, at age 67, while shooting a film in the Dominican Republic.

Edwards said that he had gotten to know Liotta a bit when their daughters went to school together throughout their childhoods.  He had reached out to the actor to gauge his interest in narrating the film, and “two weeks later, he’s in my studio.” Liotta recorded the entire narration in three hours, on a single day in late 2019.

(Edwards added that on the day of Liotta’s arrival he joined his editor and writer to watch the first 30 minutes of “Goodfellas,” Liotta’s best-known role, in which the actor performs a voiceover narration that the director calls “top five all-time.”)

Edwards, who holds Italian citizenship through his late mother, especially appreciated Liotta’s ease with the story’s many difficult Italian names and places.

“He walked in, and it’s not an easy gig: It’s Fatebenefratelli Hospital, Adriano Ossicini, Giovani Borromeo, Vittorio Sacerdoti, all the Roman names, plus all the German names, all this vocabulary,” Edwards said. “And he was such a fun guy to work with, super-funny, top-level pro, profane, lots of F-bombs, we were just laughing, we were having a ball… we were just so sorry to lose the guy.”

The director had always been a World War II buff, and two of his uncles fought in the war. But he remembers very well first learning about the Holocaust.

“When I was probably 12 or 13 years old, I was watching TV on a Saturday morning… when I saw one of these documentaries about the Holocaust, where it showed all the atrocities and horrors,” Edwards said. “And I was just horrified — I had no idea, I hadn’t gotten to that history lesson in school yet.” He asked his father, who explained it to him.

The Holocaust, of course, can be a weighty and depressing subject, especially when one is immersed in it for a lengthy period of time. How did Edwards handle the burden?

In addition to the documentary, Edwards said that he has brought a team together to try to make a feature film version of the Syndrome K story. In the meantime, he appreciates the irony of the timing of the documentary’s arrival.

“You can’t make that stuff up,” he said. “Making a movie about a fake disease in the middle of a pandemic is just so ironic.” 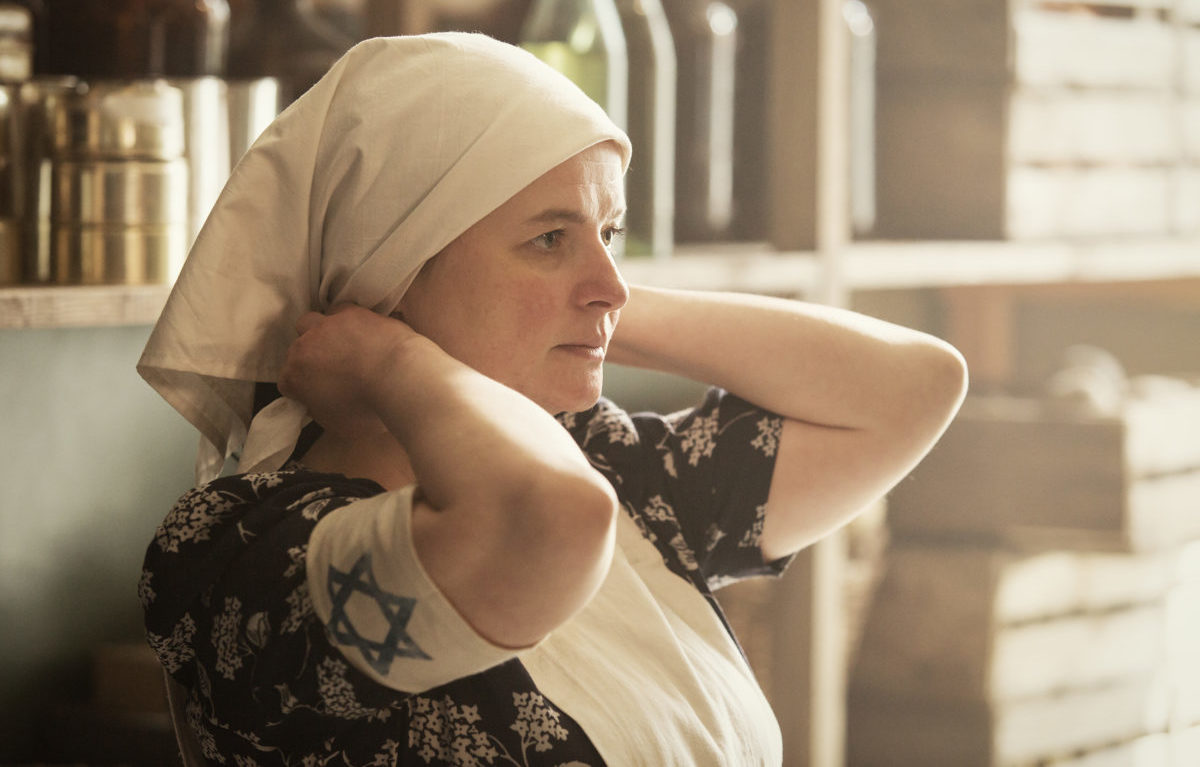 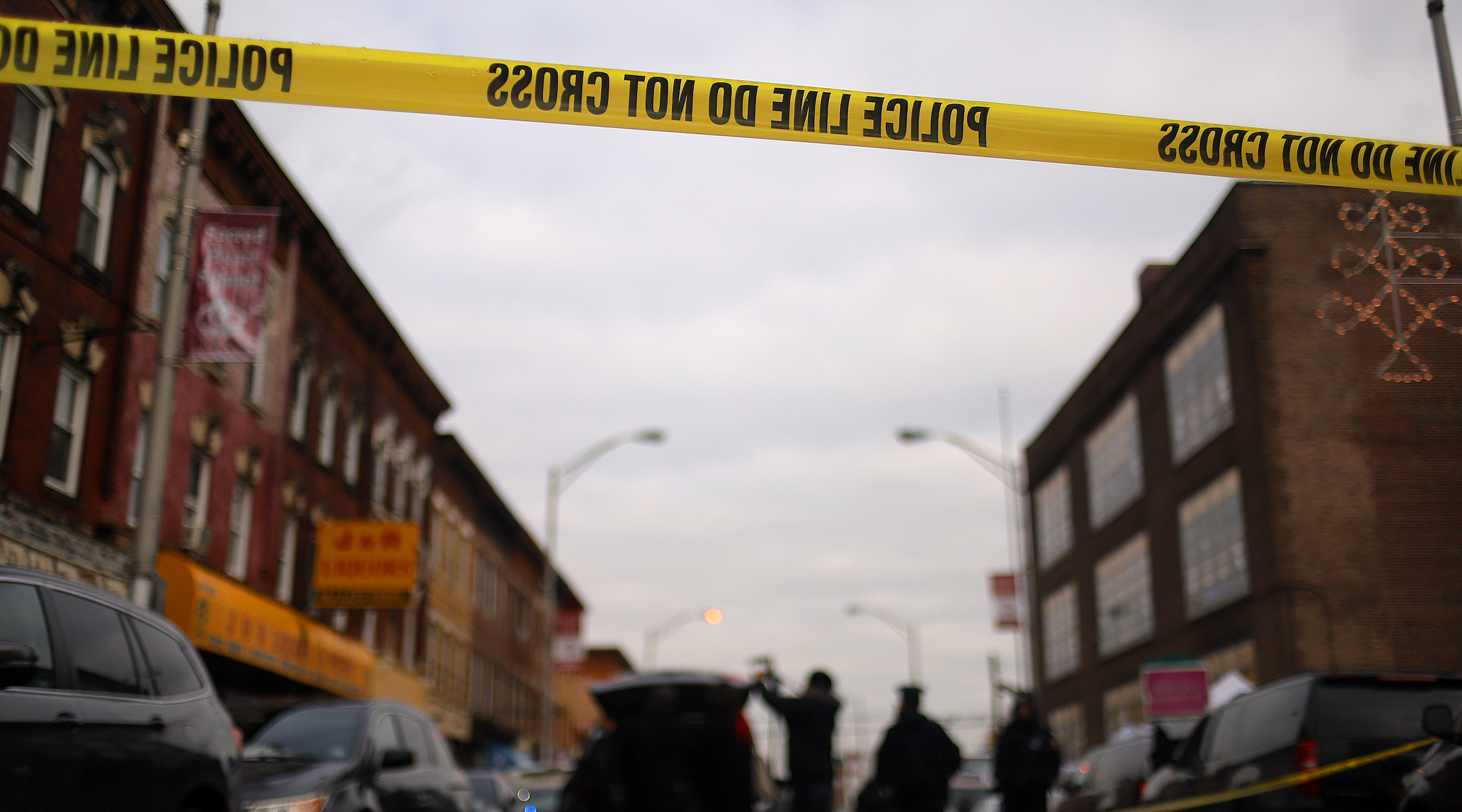 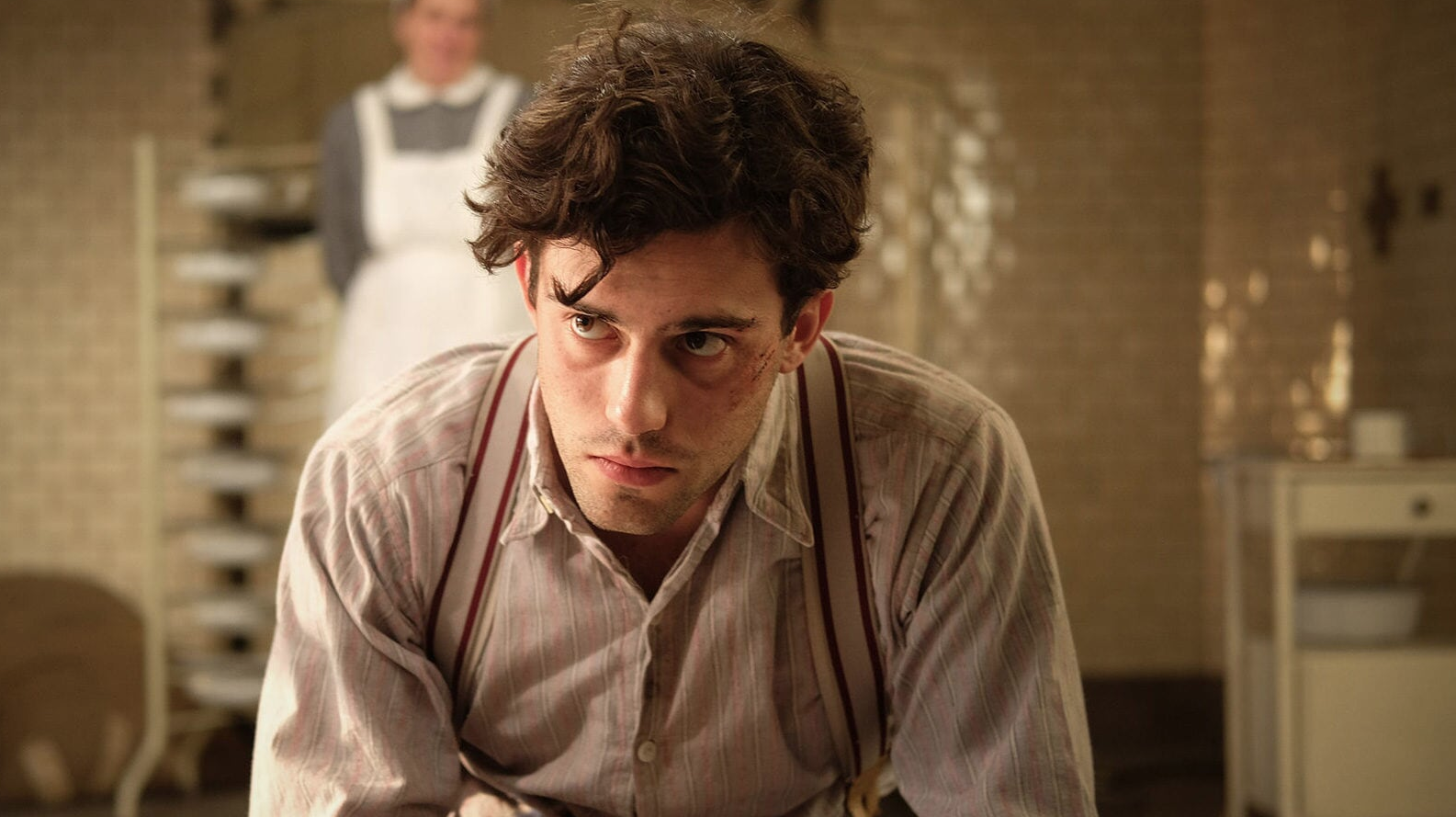