A philosopher went viral for tweeting about ‘polite dinners’ with Nazis. Here’s what he really thinks.

“I have had polite dinners with former members of the Waffen SS who served on the Eastern Front,” the philosopher Jason Stanley wrote on Twitter on Monday.

It wasn’t quite the statement you’d expect from the child of two Holocaust survivors. But for Stanley, a Yale professor of philosophy and expert on fascism, the experience he had at that meal is crucial to understanding 1980s Germany — and, by extension, the how a society can move forward from an era of fascism.

The Twitter thread, which Stanley deleted shortly after he posted it and called “widely misunderstood” in an interview on Monday afternoon, focused on the ideas that Stanley wants to explore in his upcoming book. The thread, which Stanley began with “I have little patience for cancel culture,” met uproar across the internet.

The Forward’s Sarah Nachimson spoke with Stanley about his controversial tweets and the philosophy behind them. The following interview has been edited for length and clarity.

You recently came under fire online for tweets about meeting Nazis when you were a teenager in 1980s Germany. Can you explain your philosophy behind that idea?

They were poorly worded tweets. I was just trying to speak, as I have done and written about in the past, about the ubiquity of Nazi sympathy in Germany in the 1980s.

Can you elaborate a bit on that ubiquity?

What Americans don’t understand is that, first of all, everyone said it was always the others. It was never their family. Yet you always discovered, often after the fact, that your friends, the people you knew — their grandparents had some degree of affinity for or connection to Nazism. It was a repeated experience. Everyone would deny that was the case, but I would repeatedly encounter that. It’s complicated, living in a country where Nazism was mandatory for so many years. That has had repercussions.

What I’m struggling with in my current writing is the question of “how do you deal with a situation like that?” Where so many people have good memories of that point in time. And you also had a strong denial of it from younger people who were very much defending — understandably defending — their own families.

What type of denial did you encounter?

Everyone claims their grandparents hid Jews in their basement. I mean, the things I’m saying are very concrete. I’ve published on this in Germany, but they’re very controversial in Germany because everyone’s like, “no, that’s not true at all.”

This sort of talk was commonplace and never let anyone tell you otherwise.

You’re the son of Holocaust survivors. Would you say that your experience as a Jewish person in the ’80s in Germany was different from modern Germany?

Did you know those people at dinner with you were SS soldiers?

Only once, and after the fact. I was with my then-girlfriend. I had dinner at her house, and her great-uncle was there. Afterward, she said, “we don’t like him, he was in the Waffen SS.” Everyone was very polite.

So it wasn’t a conversation about his time as a Nazi?

No, no. If it was, I probably would have lost it. What I experienced in 1980s Germany was something that, maybe, Black people in America experience, especially in the South. It was of being surrounded, of always being nervous about anyone over a certain age. And everyone was completely denying it.

Many times, it’s hard to know what’s anecdotal and what’s generalized. Almost every German I know denies their grandparents were in any sense implicated. But I have seen, numerous times, older people talking about how great those times were. Saying antisemitic things. Numerous older people would not do that, but it was enough to make me very suspicious. Especially because everyone denied their grandparents were Nazi-affiliated.

I mean, everyone over a certain age went to Nazi schools, was brought up in Nazi ideology. You’re under constant alarm. I’m not Black, so I can’t make these analogies, but that’s the analogy I would reach for: the ubiquity of racism.

What were the younger people you encountered in Germany at that time like? What was their perspective on the Holocaust?

I remember, in 2018, giving a lecture on this material in Germany. Someone in the audience drove me home and was like “I know exactly what you meant. When you have so many people’s parents, grandparents, you have to sort of hide them. This is 2018. They say awkward things.” And I was like “what about your grandparents” and he said “Oh, my grandparents were in the resistance.” I mean, I’d probably say the same thing. I don’t know what I would do, but it’s hard to confront that.

RELATED: Is it permitted to punch a Nazi? Consult the internet Talmud.

You don’t believe in cancel culture?

Well, I don’t know if there’s a thing “cancel culture.” Whether it is a thing or not, when you face a situation like Germany, where there are so many people who to some degree or another were involved with Nazism, reconciliation seems to be a better way. But I don’t really know, because part of my work and part of my writing has been about how Germany hasn’t completely faced up to its past.

Then, do you believe in some sort of reconciliation in terms of “cancel culture?” I’m sure you’re aware of the paradox of tolerance. So would you say you reject that idea and believe you have to accept the presence of Nazism in society?

I’m thinking about Germany, and how it became a liberal democracy. The way it didn’t happen was by eliminating everyone, removing everyone from positions who had affiliations with Nazism.

And how did it happen?

I don’t know. I mean, it’s very successful. It’s probably the world’s most successful liberal democracy. But I’m in the initial stages of this project. I think that Germany has faced its past more than any other country, but it’s been done in part by gaslighting, by pretending things weren’t so.

But I was there in the 1980s, which is before all of that. That’s the era I’m theorizing right now. I’m hyper Jewish. My work is on the Holocaust, on Nazism, on fascism. My great-grandfather was the cantor of the largest congregation in Germany, in Berlin. So there was this weird combination of denial and slow condemnation. The tricky thing here is, I think the key thing about Germany is, that everyone understands fascism can happen. Everyone gets that. We don’t get that here in the U.S.

What do you mean we don’t get that here?

We don’t understand that it is possible for our country to fall prey to white supremacy, Christian nationalism, fascism. So Germans very, very much understand that.

J. covers our community better than any other source and provides news you can't find elsewhere. Support local Jewish journalism and give to J. today. Your donation will help J. survive and thrive!
Support J.
Sarah Nachimson

Sarah Nachimson is an editorial intern at the Forward. Contact her at [email protected]. 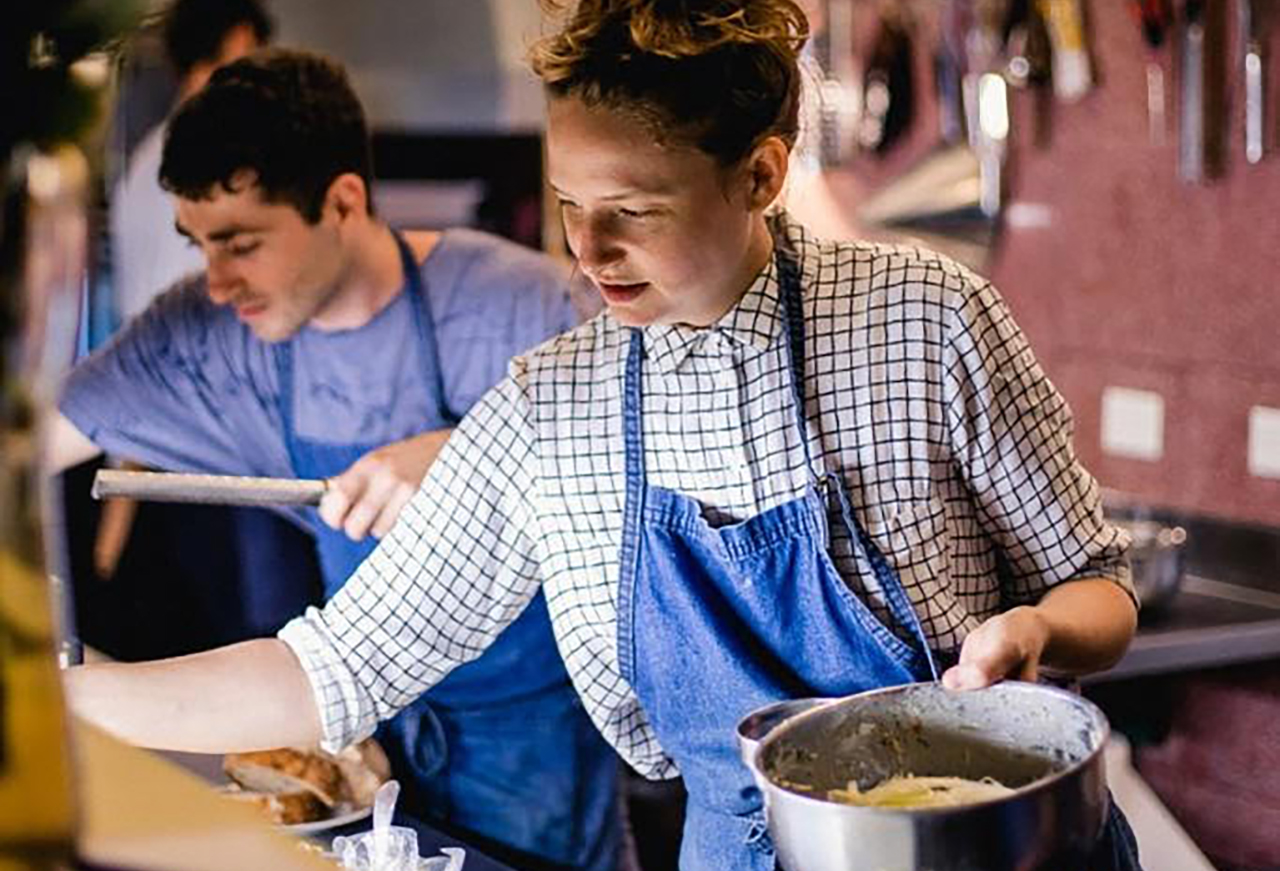 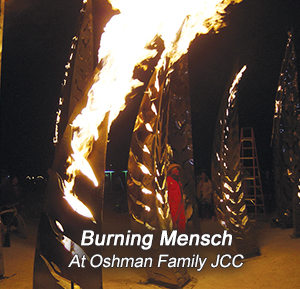