For years, the S.F. Giants have scored big with fans who love their Jewish merch

An orange and black menorah. A bobblehead of Lou Seal, the pinniped mascot, wearing a kippah and tallit. And perhaps most famously, the “Rally Rabbi,” Rabbi Yosef Langer, blowing a shofar. These are some of the more memorable collectors items that have been given away at the San Francisco Giants’ Jewish Heritage Night each year.

Most recently, on Aug. 17, Jewish fans added another piece of Giants merch to their shelves — a bobblehead of manager and “proud Jew” Gabe Kapler (the item ran out early in the night).

The Giants, who have held a Jewish Heritage Night since 2005, are one of many Major League Baseball teams that do the same, including the Oakland A’s (though not since 2019), the Boston Red Sox and the New York Mets. The Los Angeles Dodgers have been hosting their Jewish Community Day since 1999.

The idea is not limited to baseball, and it has become a tradition across professional leagues. The Golden State Warriors had their first Jewish Heritage Night in 2007, and it’s a game (Dec. 27 this year, vs. Charlotte) that generally involves a pre-game party and Jewish-themed souvenir. And the San Jose Sharks have held a heritage game for the last few years, too.

While the event is a bonding experience for synagogues, Hillels, Jewish schools and others who buy blocks of seats to watch the game together, there is always anticipation over the one-of-a-kind merch.

Craig Solomon, longtime director of season tickets, was responsible for inviting Langer to blow the shofar behind home plate in 2006. The Chabad rabbi, a longtime Giants fan, was brought out again to “rally” the spectators as the team was losing. The crowd went crazy, Solomon said. The next year’s collectors item was the “Rally Rabbi” bobblehead, which now sells on eBay for up to $300.

“That was a really special giveaway item that we’re really, really proud of,” Solomon recalled.

Solomon, who is Jewish, takes a special role in the development of each year’s item. Past heritage night merch has included a Kiddush cup, a dreidel and a mezuzah, all with the Giants logo. Hats and jerseys with the Giants name transliterated into Hebrew are another popular choice. But his favorite item to date remains the “Rally Rabbi” bobblehead.

“I always thought about what would be a motivating force for people to come on out,” Solomon said. “I wanted them to leave Jewish Heritage Night with something memorable that really was connected to the Jewish faith.”

The idea of Giants Jewish Heritage Night came from Frank Winston, a Bay Area native and founder of the Jewish Sports Hall of Fame of Northern California, some 20 years ago. Winston, who died in 2008, spoke to J. that same year and said the team was enthusiastic from the start. The idea was further developed by the marketing department.

Today there is usually accompanying fanfare, such as a tailgate party in the Giants’ Seals Plaza with kosher hot dogs and wine, live Jewish music and shmoozing. During the game, a Star of David flashes on the scoreboard. Often, there is the sound of a shofar.

The Giants’ first Jewish Heritage Night drew 1,500 attendees. In the 17 years since, it has become a staple on the Giants’ annual promotional schedule. The Bay Area Jewish community is a large part of this success, said Faham Zakariaei, senior director of promotions and special events marketing.

“While I could sit here and take credit for the programs, a lot of them are really kind of based on collaborative conversations we’ve had with key community leaders,” Zakariaei said.

The S.F.-based Jewish Community Federation and Chabad of San Francisco partner with the Warriors and Giants on Jewish Heritage Night, working to promote the event, according to Rachel Kaber, the Federation’s senior director of philanthropy experiences and special projects.

“It’s an opportunity to gather as a community and showcase our Jewish pride,” Kaber wrote in an email.

Rabbi Moshe Langer, son of the “Rally Rabbi” and assistant director at Chabad of San Francisco, has attended nearly every Jewish heritage game. And why not? It’s an event for everyone in the Jewish community to come together, he said.

“Judaism is supposed to be fun, exciting, liberating, joyous, happy,” he said. “You have to have fun with it.” 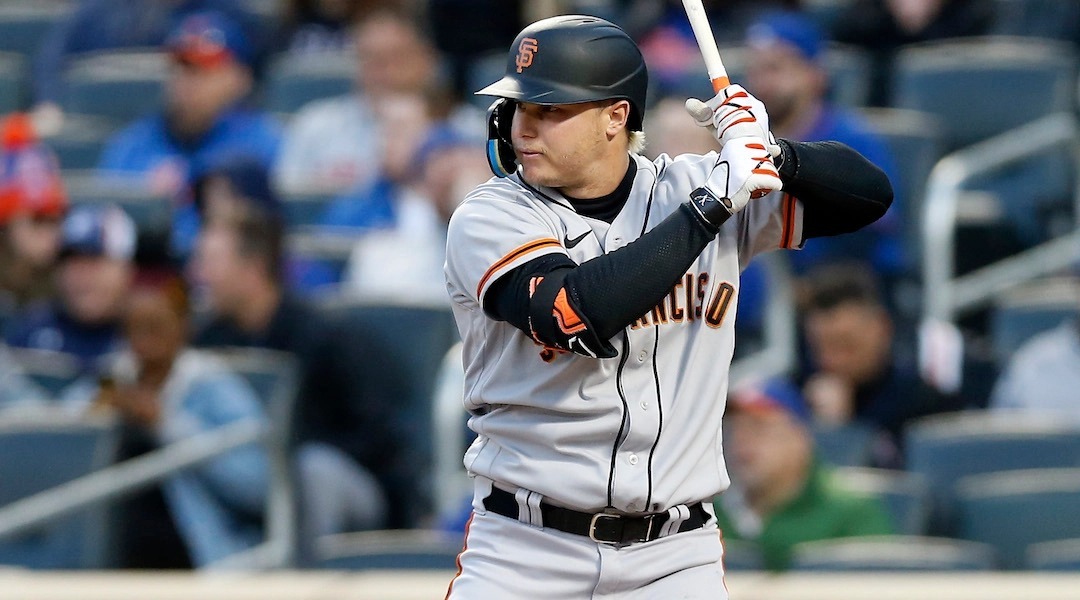