Springtime for who? An Israeli satirical show shatters taboos by likening Itamar Ben-Gvir to Hitler

In Israel’s political culture, in which it’s okay to call a politician just about anything, but not Hitler, the show did just that in its treatment last week of Itamar Ben-Gvir, a peddler of far-right and racist ideas who is likely to be part of a governing coalition after Nov. 1 elections.

Or, not quite the Adolf Hitler who ran Germany from 1933-1945, but the singing, high-kicking Hitler imagined by Mel Brooks in his classic 1967 comedy, “The Producers.”  To the melody of that movie’s signature number, “Springtime for Hitler,” an actor playing Ben-Gvir celebrates his ascendance from pariah to being courted by former Prime Minister Benjamin Netanyahu, who hopes to win his old job back.

The three-minute sketch is remarkable for the number of taboos it shatters, a signal of the degree to which Israel’s secular left dreads the prospect of Ben-Gvir playing a major role in the government.

“Hey friends, it’s Ben-Gvir time!” the actor sings. “He comes in a pleasant package, Kahane for the whole family!” Ben Gvir was a follower of the racist teachings of the late Rabbi Meir Kahane, who was shunned by almost the entire Knesset for the single term he served in the 1980s until his Kach party was banned. Ben-Gvir now claims to no longer embrace Kahanaism.

“I’ve moderated, my friends, it’s not a mistake!” the character sings with a chorus of youths wearing yellow and black, the colors of Kach. “Or perhaps you’ve opened up a little to racism.”

The original movie performance of the song includes tap dancing to the rhythm of gunfire and vaudeville-style spoken word comic rhymes. “Don’t be stupid, be a smartie, come and join the Nazi Party!” says Brooks himself.

In the “Eretz Nehederet” version, Ben Gvir forces Netanyahu to tap dance by firing a gun at his feet, and the spoken word patter is provided by other icons of Israel’s far right, including Baruch Goldstein, the settler who massacred 29 Arabs worshipping in Hebron’s Cave of the Patriarchs in 1994. Ben-Gvir famously displayed a picture of Goldstein in his Hebron home.

“I committed a massacre in Hebron!” the mock-Goldstein says, holding an automatic rifle. “He deserves a Yom Zikaron!” Ben Gvir tells Netanyahu, using the Hebrew term for Day of Remembrance.

Also making an appearance is Yigal Amir, who assassinated Prime Minister Yitzhak Rabin in 1995; the Ben-Gvir character tells him he’ll be out of prison within a year. In real life, Ben-Gvir was a leader of the protests against Rabin that culminated in his death.

It’s not just the Hitler parallel that shatters an Israeli taboo against invoking the Nazi leader; the idea that Yom HaZikaron would be mentioned in any context but the remembrance of Israel’s fallen and the notion that Amir will ever see the light of day are also third rails in Israel.

The sketch ends by going slightly meta, with the fake Ben-Gvir ordering the arrest of Eyal Kitzis, a real actor on the show, and concludes “we’ll make Al Aqsa a parking lot!” referring to the mosque on the Temple Mount, a site holy both to Jews and Muslims and the site of escalating tensions in recent years. Ben-Gvir dances with the iconic domed shrine on the site, the Dome of the Rock, as a hat.

“With Ben-Gvir, it will be shigaon!” the song concludes, using a word that means “a great time” and “insanity.” The actor playing Ben-Gvir, his eyes open wide and grinning as the camera zooms in on his face, leaves no doubt which meaning is to be inferred.

In a chilling coda, Ben Gvir and his acolytes sing a non-satirical song: “Your village will burn down,” a chant that extremists have aimed at Palestinians. 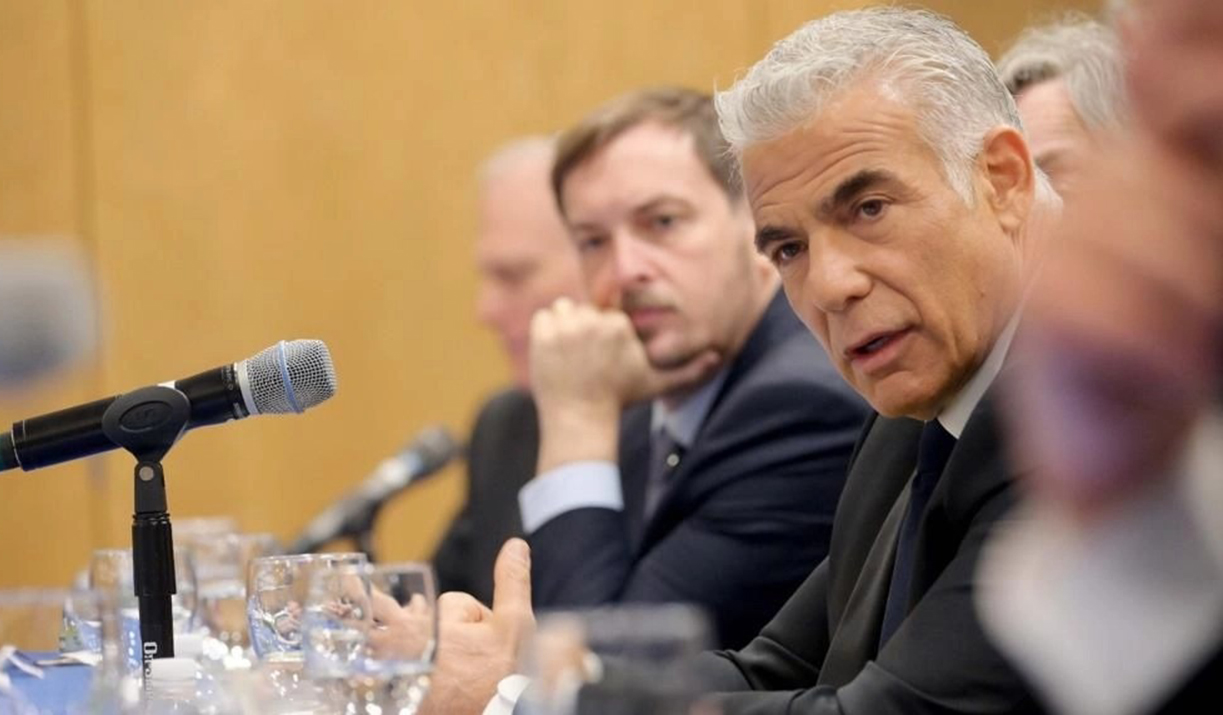 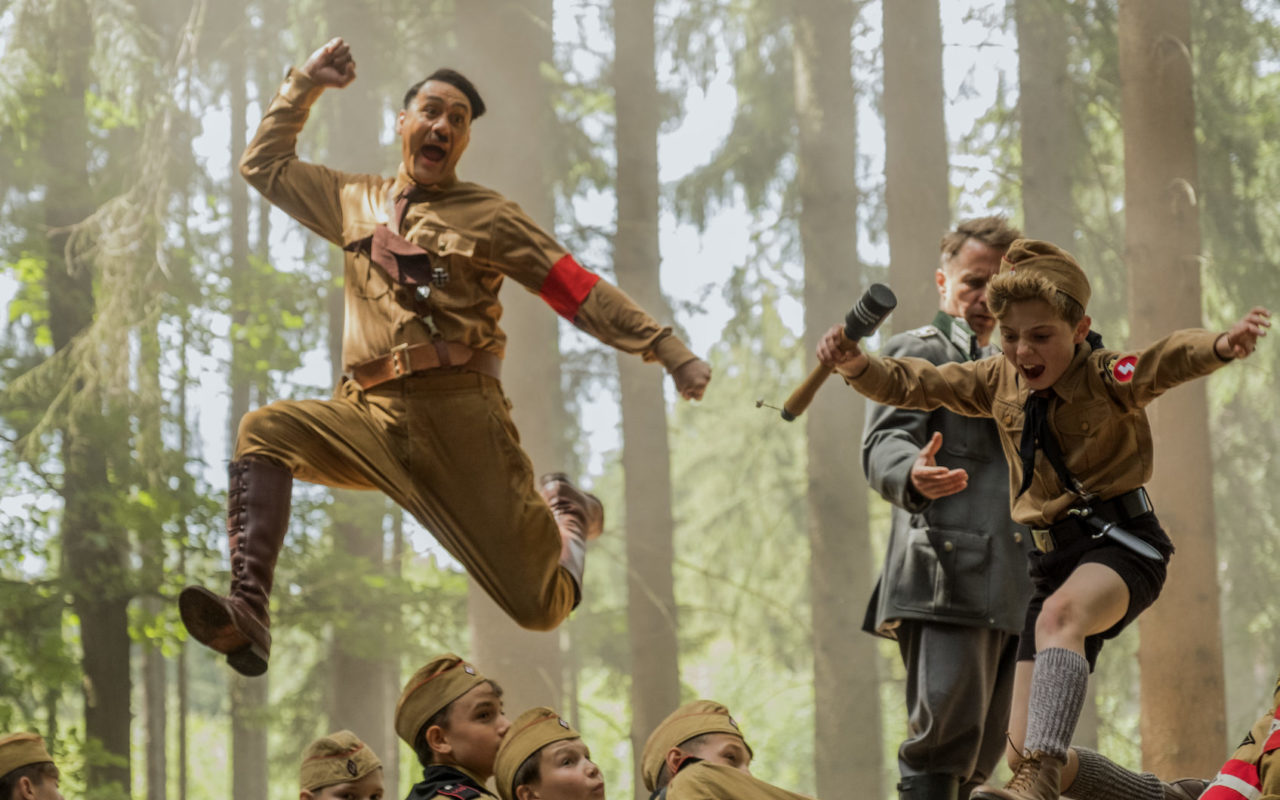 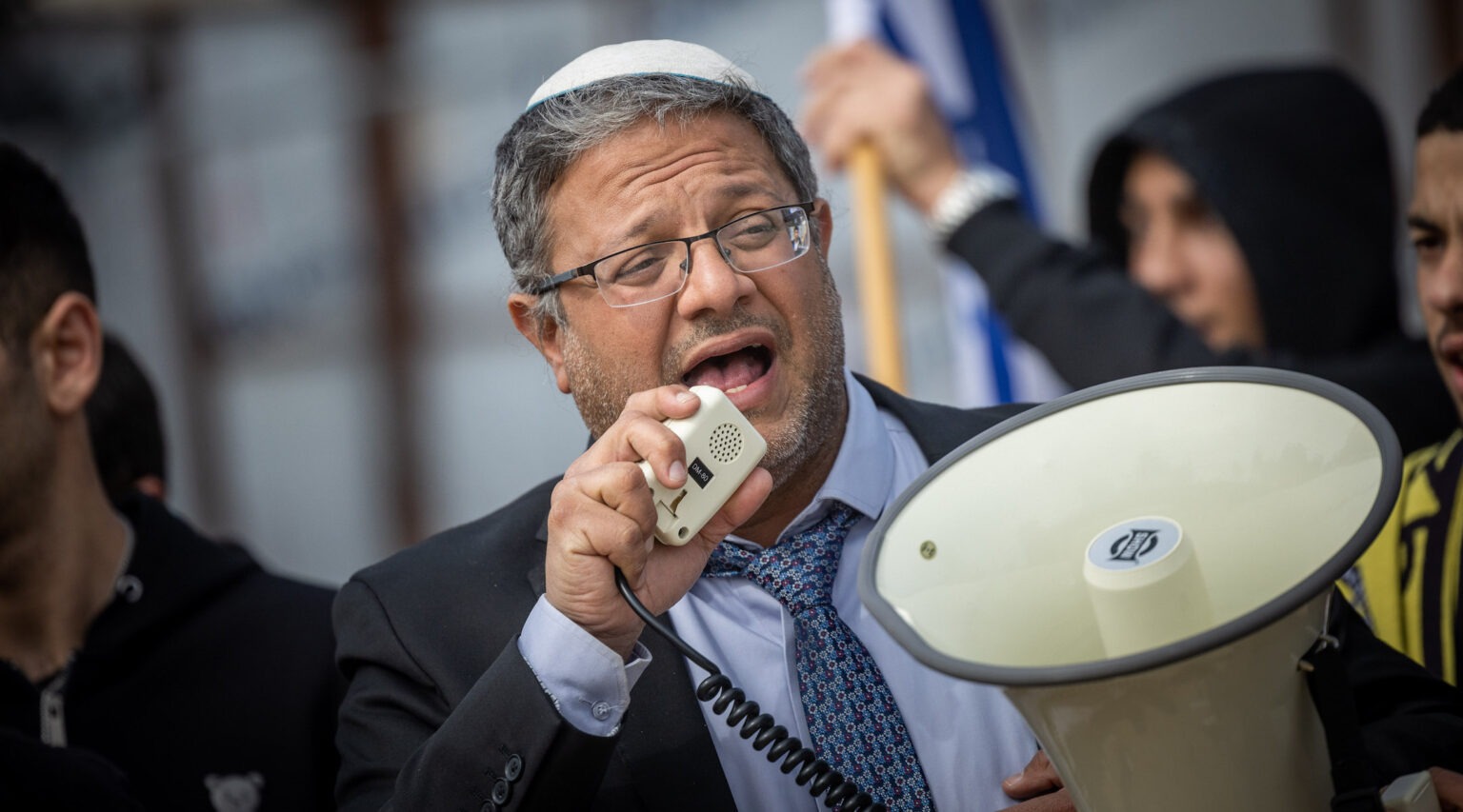