If a Bay Area Jewish organization had some kind of educational program about Israel, chances are Ilan Vitemberg was involved in it.

Whether it was developing Israel curricula for Jewish day schools, leading Diller Teen Fellows, teaching adult Hebrew or classes through Lehrhaus, Vitemberg had that rare gift to connect with students of any age.

“There aren’t many people who can do a puppet show for kindergartners, teach an adult education class, and the next day do a training for educators,” said Jenni Mangel, director of educational leadership at Jewish LearningWorks, where Vitemberg was long involved in some capacity after arriving in the Bay Area in 1999. “He was multifaceted and talented and really was so able to connect deeply with people.”

On Sunday, more than 200 people gathered on Zoom for a memorial after hearing the news that Vitemberg, 57, had died on Sept. 30. The cause was complications of long Covid, according to his husband, Peter Olson.

Becky Bob-Waksberg was on the Zoom and considered Vitemberg a friend and mentor. She met him when she was a teenager participating in the Diller Teen Fellowship, and she felt she wasn’t fitting in with her cohort. She went to Vitemberg, at the time the program’s director, to talk about how she felt.

“He took a lot of time to listen to me and meet my seriousness with seriousness, help me find fun, and treat my ideas with value. He was his authentic self,” said Bob-Waksberg, now a middle-school teacher in Brooklyn. “As an educator myself, it’s exactly how I hope to be for kids.”

Born Jan. 16, 1965, Vitemberg was raised on Kibbutz Megiddo in northern Israel, the son of Javiva and Hershele Vitemberg, immigrants from Argentina. His mother had fled Eastern Europe on the eve of the war.

Rachel Biale, program director of New Lehrhaus, said he was a natural to teach at the adult education program because “he was creative and innovative and out of the box. He was a very astute observer of how Israelis represent themselves to each other and to the world outside.” Two of his class titles: “Israel’s History Through the Lens of the Eurovision Contest” and “Between Shtisel and Fauda: Images of Israeli Men in Israeli TV Series.”

Fellow educator Vavi Toran shared an office with him when they worked together at the Israel Education Initiative of Jewish LearningWorks. “He continuously learned and taught himself more and more things,” she said. “He was interested in so many topics.”

As an educator myself, [he was] exactly how I hope to be for kids.

“Some of the best years of my professional life were working with him,” she said. “It was so much fun to go to work because of him.”

Toran bought Vitemberg a T-shirt that said “dress shirt” in Hebrew since, ever the kibbutznik, he had to be reminded not to wear shorts and a T-shirt to Federation meetings. He often wore the shirt while teaching.

His kibbutz values stayed with him in other ways, too. Though Israel remained the focus of his professional life — he called the state “an incredible laboratory for culture” — the fact that the kibbutz he was raised on was established upon the ruins of a former Arab village was not lost on him; as much as he loved Israel, he believed strongly in Palestinian rights, too.

Vitemberg and Olson had frequent overnight guests in their Oakland home, including numerous LGBT refugees they hosted for months at a time, with help from Jewish Family & Community Services East Bay.

In addition to his other pursuits, he also taught swimming lessons at a program for faculty and staff at UC Berkeley, and water aerobics through a YMCA. When the pandemic hit, his water aerobics students didn’t want to stop, so he led them on land, starting each session in a different costume.

In addition to husband Peter Olson and parents Javiva and Hershele Vitemberg, he is survived by his sister, Racheli of Afula, Israel, 10 nieces and nephews and six godchildren.

A memorial is being planned at the Oshman Family JCC; email [email protected] for details. A cause to donate to in his memory will be announced soon. 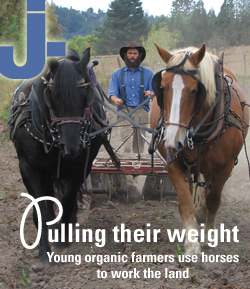