I have received the J. for over 30 years. As my parent ages, it really upsets me to see all these articles on senior living places that only the wealthy can afford. What about people who have worked hard all their lives and still cannot afford them?

It would be nice to see agencies help people like my mother so she won’t end up in a place that you wouldn’t put your dog in. It is very frustrating when you can’t help your own parent and see that there is nothing provided by the Jewish community, either.

I read with interest the J. article “Survey: how local school board candidates see ethnic studies” (Oct. 25). I would like to thank J. for highlighting this issue, which is of critical importance to the Jewish community.

I would also like to congratulate Alliance for Constructive Ethnic Studies (ACES) on circulating an important survey that helps inform parents and the broader public on the views of school board candidates on ethnic studies.

It is of great concern that — despite major efforts by the Jewish caucus in the state Legislature, multiple Jewish organizations and the broader Jewish community — the liberated curriculum activists continue to effectively promote their antisemitic and anti-Zionist curriculum to school districts throughout the state.

In the article, ACES president Elina Kaplan stated that this antisemitism is reminiscent of what she experienced going to school in the Soviet Union in the 1970s. It is also reminiscent of antisemitic tropes taught in Eastern Europe over many years, leading up to the Holocaust.

The constructive curriculum advocated by ACES promotes fighting racism, but unlike the liberated curriculum, encourages discussion and education about the accomplishments and challenges faced by different ethnic groups, with the ultimate goal of teaching students mutual respect for others.

Given that all school districts may use whatever ethnic studies curriculum they choose — even the antisemitic, pro-BDS version rejected by the State Board of Education — and that California mandates teaching ethnic studies to all high school students in the near future, it is our responsibility to proactively approach superintendents, school board members and curriculum developers and make sure they reject the concerning liberated curriculum. Failing to do so may result in having the next generation indoctrinated with antisemitism and anti-Zionism.

I appreciate that ACES is helping to fight this threat to the Jewish community.

The information you and Alliance for Constructive Ethnic Studies provided helped me make more informed voting decisions. It also created more transparency and drew attention to the concerning danger of antisemitic material that can sneak into school curricula.

Antisemitism is endemic to the liberated ethnic studies approach. The unity principles on liberated’s website call out Zionists as enemies, insist that schools not use the State Department and internationally accepted definition of antisemitism, and vow to prioritize teaching Palestine and Arab studies.

Liberated curriculum frames every issue as a result of oppression (ignoring all other possible causes), and includes biased anti-Israel and pro-BDS propaganda. What’s really scary is that each school in California is free to implement this approach to ethnic studies if they want.

I agree that kids should learn more about each other’s histories, ethnicities and identities. Ethnic studies done right can help with this, but done wrong will be a disaster.

In the article “Survey: how local school board candidates see ethnic studies” (Oct. 25), Elina Kaplan states that “There is absolutely nothing that poses as much of a threat to American Jews today as a liberated ethnic studies curriculum.”

I share many of Kaplan’s concerns about the ethnic studies curriculum, but seriously?

Our country currently is facing credible antisemitic threats and incitement by far-right groups on Twitter, banners hanging over Los Angeles freeways, an active white Christian nationalist movement led by the likes of disgraced National Security Adviser Michael Flynn (and who want to abolish the separation of church and state and make the U.S. a Christian nation) and antisemitic lies spread by Kanye West and the former U.S. president.

Please realize that there are far bigger threats to our community than the ethnic studies curriculum at this time; we must stop these threats urgently.

‘Timbrel’ offended me, too

In her recent letter to the editor, Esther Salem asked others to weigh in on the Oct. 14 “Where’s My Timbrel?” cartoon strip (“Offensive’ cartoon in J.,” Oct. 27).

Be assured that you are not alone. I was greatly disturbed and equally offended by that cartoon.

Artist’s note:
The intention of my Oct. 14 comic strip was to poke fun at the idea that anyone can be “quantifiably” Jewish. I was referring to my boyfriend, who has Sephardic Jewish ancestors who came to the Americas in the 1700s and profited from involvement in the slave trade. He doesn’t identify as Jewish, and no one in his family has identified as Jewish for generations. I am sorry I did not make it clear that I was talking about a real person and not generalizing about all Sephardic Jews.
— Rebecca Schuchat, “Where’s My Timbrel?” writer and artist

In this week's #WheresMyTimbrel, Rebecca gets romantic. Kind of. pic.twitter.com/zvOJLDnGdU

Hooray for J., others miss the ball

I read J.’s piece “Synagogue in Chico hit with antisemitic vandalism, sign burned” (online, Nov. 3) and some other pieces (in non-Jewish publications) about the same event.

These other publications largely failed to mention recent instances of antisemitism, locally or nationally. They also entirely avoided usage of the words “Nazi” or “neo-Nazi” to describe the swastikas and SS bolts. Most seemed to avoid using “antisemitism” or “antisemitic” in their descriptions (as opposed to a general “hate”), other than in direct quotes from Jews themselves. It’s all really disconcerting to see.

When anti-Jewish oppression happens, a starting point is to call it anti-Jewish. I remain grateful to J. for doing this effectively, and hope that non-Jewish publications follow your lead.

Most of the media, including J., discuss the election in Israel as a vote for extremism (“These U.S. Jewish groups are staying quiet on far-right extremists’ election success in Israel,” online, Nov. 4).

This only focuses on one aspect of the results. The vote was also a rejection of leftist extremism.

Instead of lamenting the rise of the extreme right, pundits should also be looking at the reasons for the failure of parties on the left in this election. The Israeli people have experienced firsthand the failures of the Oslo Accord, the second intifada, and the several wars with Gaza and the thousands of rockets fired at them since the withdrawal.

It is easy for people here to bemoan the rise of Itamar Ben-Gvir and the thousands of his supporters. They have not suffered from the rockets and terrorist attacks.

The fears of Israelis are real and should be respected. Ben-Gvir’s party has less than 15% of the seats in the new Knesset, and now they have a responsibility to help govern. Let’s give them a chance.

On Sunday night Nov. 6, I went to Davies Symphony Hall in San Francisco, on the first lovely rainy night of the season, to hear the Israel Philharmonic. The music inside the room was pure ecstasy (“Israel Philharmonic returns to Bay Area with young, energetic maestro Lahav Shani,” Oct. 18).

When we arrived, we found there was extra security and loud protesters with banners against Israel.

Upon crossing their picket line, as it were, I wanted to stop and ask these protesters to read history. I wanted to ask them if they were aware that back in 1978, at Camp David, President Jimmy Carter and Prime Minister Menachem Begin came very close to signing a document with Yasser Arafat of the PLO that would establish a Palestinian state. Arafat pulled out at the last moment. Virtually every prime minister of Israel has been willing to discuss such a state.

The music inside the hall was amazing. The 33-year-old conductor, Lahav Shani, conducted pieces by the Israeli composer Paul Ben-Haim, as well as Mahler. They opened the performance with stirring renditions of the U.S. and Israeli national anthems. The music was brilliant, and it took us away from the nastiness with which we entered the hall.

A pro-BDS protest was held outside the @SFSymphony over the weekend during a performance of the @Israel_Phil: https://t.co/1fkINQaLfZ

Turning against the left

In the op-ed “At Berkeley Law, Israel is trapped in the identity politics of the progressive left” (online, Oct. 24), written by Eugene Bardach, professor emeritus of public policy at UC Berkeley, he refers to “the conventional wisdom that ‘anti-Zionism is antisemitism.’”

If that slogan were true, the reverse would also hold, that “antisemitism is anti-Zionism.” But it does not. (While it is true that “all cats are animals,” it is not true that “all animals are cats.”)

Bardach goes on to attack the progressive left, leaving the right-wing zealots alone.  In the 1960s, the progressive left was not anti-Zionist. Little by little, anti-Zionism was introduced, first by Yasser Arafat and then taken up more and more by additional factions until they succeeded in replacing the rest of us (who’ve since aged a bit).

Nowadays, I cannot call myself a lefty or a progressive because of how the insidious propaganda has taken over what used to be my home.

Where do I go now? Where do I fit? I wish professor Bardach had some practical advice for my generation of political activists. 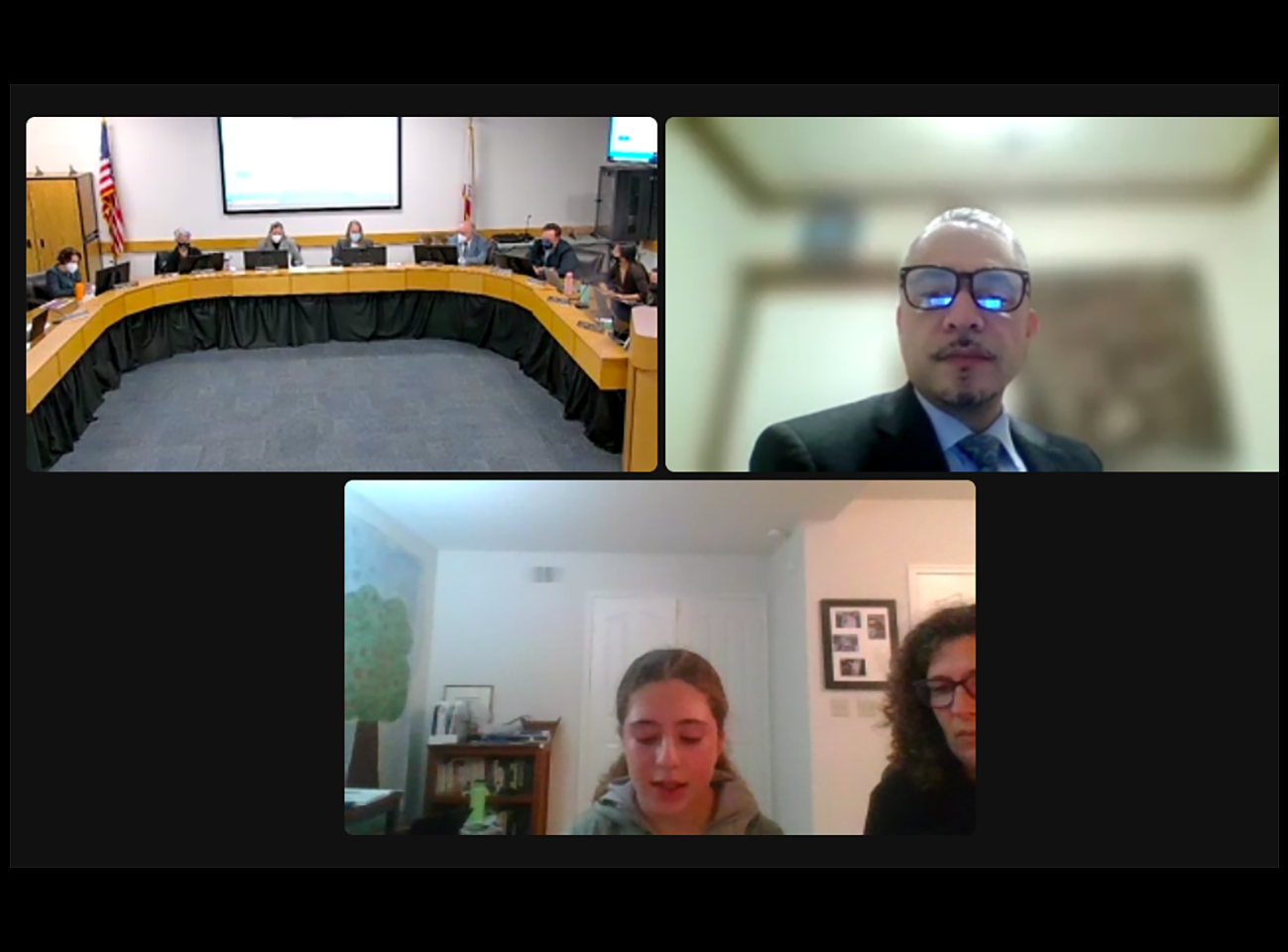