Dump Trump? No sign of dissatisfaction at ZOA gala as ex-president is honored for Israel efforts

In his first public appearance after midterm elections in which his Republican Party failed to take control of the U.S. Senate, former president Donald Trump headed to a friendly audience.

The Zionist Organization of America was awarding Trump a rare honor, the Theodor Herzl Medal, for his contributions on behalf of Israel.

When the organization announced the award a month ago, it seemed that ZOA’s gala would be timed perfectly to kick off Trump’s 2024 reelection bid. Trump plans to make an announcement on Tuesday, and many expect him to launch a campaign then.

Instead, the gala landed at a precarious moment for the former president, as allies throughout the Republican Party have signaled or even said forthrightly in the last several days that they believe he should not run.

But if there is trouble in Trumpland, it wasn’t on display Sunday night at Chelsea Piers in New York City, where the ZOA crowd gave Trump a warm reception and offered no indication of any debate about which Republican candidate would be best for Israel in 2024.

Trump received standing ovations just about every time his name was mentioned, as multiple presenters recited the litany of achievements that they said had made him the best U.S. president ever for Israel. They include moving the U.S. embassy to Jerusalem, brokering the Abraham Accords between Israel and Arab countries, pulling the United States out of the Iran nuclear deal and more.

In his speech, Trump traversed familiar territory, arguing that his 2020 loss reflected “something screwy with our elections” and criticizing American Jews who don’t support Israel, about whose existence he has repeatedly expressed surprise.

“You do have people in this country that happen to be Jewish that are not doing the right thing for Israel,” said Trump, who traveled to New York for the gala from his Florida Mar-a-Lago resort, where his daughter Tiffany celebrated her wedding Saturday night.

Donald Trump speaking at the ZOA Gala in NYC:

‘You do have people in this country that happen to be Jewish that are not doing the right thing for Israel.’ pic.twitter.com/MP47CzHnJv

Other people on the program were not present. Rep. Kevin McCarthy, the minority leader of the U.S. House who could become majority leader in January, did not attend.

And not everyone who spoke was there in person. Miriam Adelson, the previous winner of ZOA’s honor named after the founder of modern Zionism who, with her late husband Sheldon, has been a major funder of Republican Jewish causes, introduced Trump via Zoom.

“Who knows what added miracles you have up your sleeve?” Adelson said during her speech, addressing Trump. “What we do know is that like Herzl, your name adorns Zionist history — a history still being written and in which you will no doubt continue to play an epic role.”

Adelson did not mention that she has pledged to stay neutral in the 2024 presidential primary.

The ZOA gala in some ways represented the kickoff of that primary season for Republican Jews, one that appears likely to center on the question of whether to back Trump should he run again, or whether to throw support behind someone without his considerable baggage.

Later this week, the Republican Jewish Coalition will gather in Las Vegas for its annual convention. Trump won’t be speaking there, but several other likely contenders for the Republican nomination will be, including Trump’s vice president, Mike Pence; Nikki Haley, the former U.S. ambassador to the United Nations; and Florida Gov. Ron DeSantis, who got a warm reception at a different gathering of Jewish conservatives in New York earlier this year. The event will be the first post-midterms convening of the potential candidates.

The Republican Jewish Coalition, which endorses and supports Republican politicians, has at times been circumspect about Trump’s influence on the Republican Party. In 2016, the group was virtually silent on Trump until he won the general election, and this year, it has not backed all of the far-right candidates whom Trump endorsed, even openly criticizing one of them, Doug Mastriano in Pennsylvania’s governor’s race, for his association with antisemites. (Mastriano conceded to Democrat Josh Shapiro during the ZOA gala.)

ZOA, meanwhile, says its only concern is a candidate’s support for Israel. The group’s president, Mort Klein — in a fiery speech that mocked progressive Democrats, Arabs and the idea of a Palestinian state — made clear that his confidence in Trump was unwavering.

Attendees were enthusiastic about Trump’s presence. Some crowded toward the former president as a clutch of Secret Service officers held them back as Trump made his way to his seat.

Steve Merczynski, a Brooklyn resident who was wearing a hand-knit “MAGA” scarf made by a company he operates, pulled what he called a “Trump dollar” from his wallet. The fake bill showed Trump shaking DeSantis’ hand, with the caption “Make America Florida” — the implication being that a ticket shared by the two men would be Merczynski’s ideal in 2024.

“I resent how they’re scapegoating him,” Steven Merczynski said about Republicans who are blaming Trump for the party’s poor showing last week. “As Jews we should know about scapegoating. To me Trump is the biggest scapegoat.”

Cindy Grosz, who hosts a conservative talk show called the Jewess Patriot from her home on Long Island, said she sees Donald Trump as “a friend or a husband.”

Grosz, who ran unsuccessfully to become a Republican congressional candidate in 2020, said she wouldn’t count Trump out based on this week’s election results.

“They have called for his demise how many times and he has survived it,” she said. “I don’t think that whatever happened this week is his end either. And I look forward to hearing what he has to say Tuesday night.” 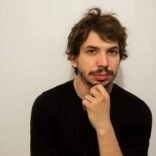 Jacob Henry is a reporter for New York Jewish Week. He previously worked for the Queens Ledger and the New York Post. 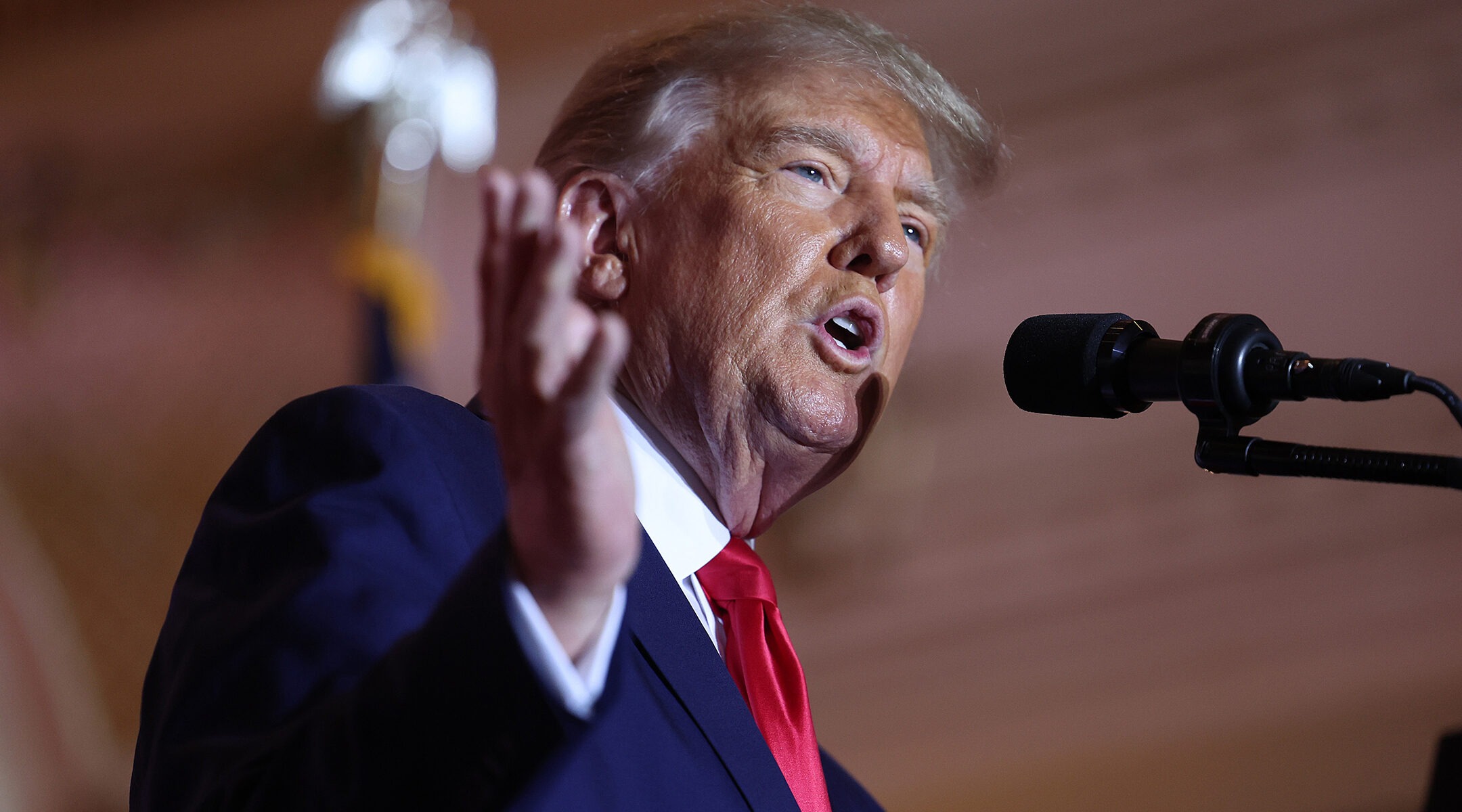 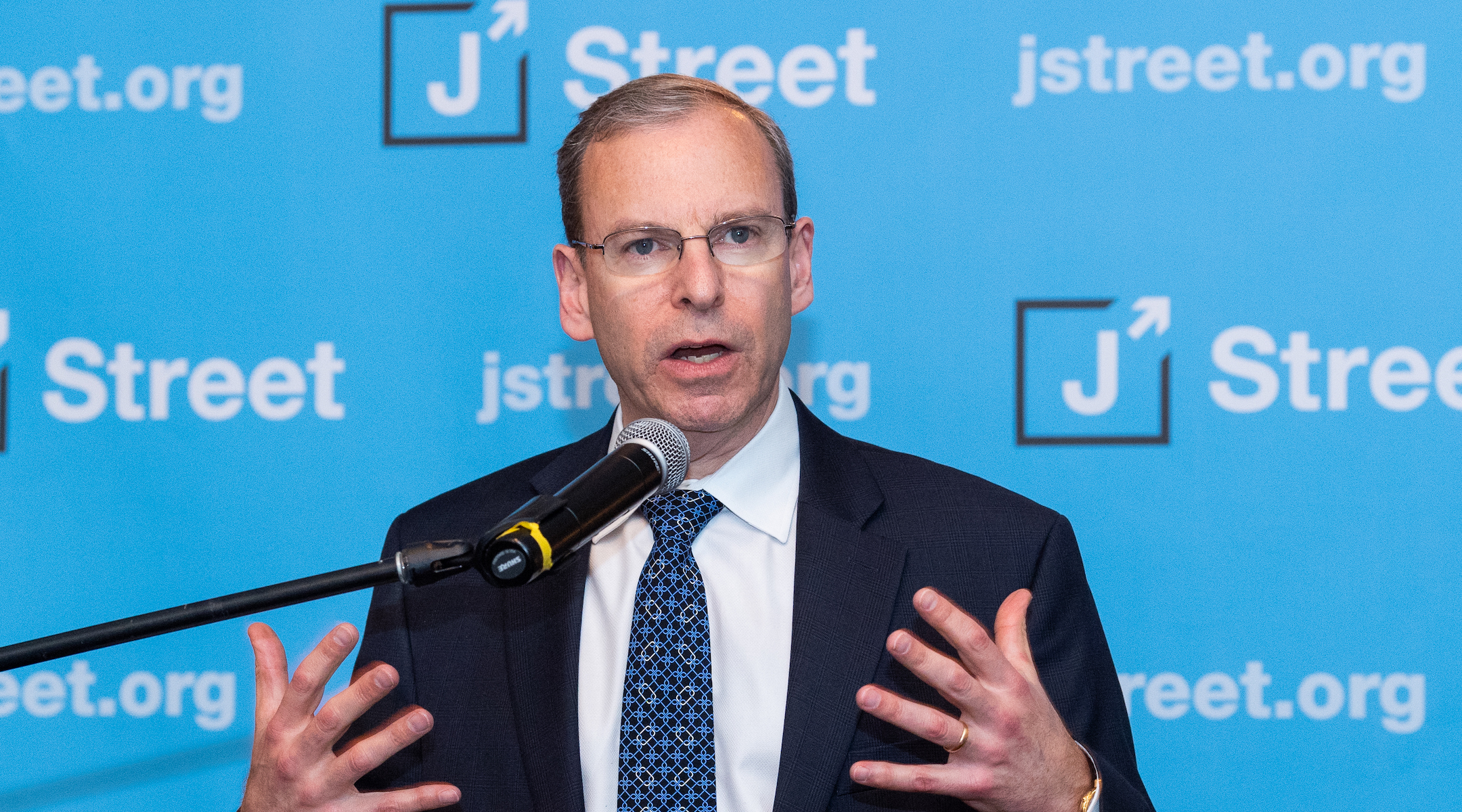