Raised in large Mexican Jewish family, these brothers are dancing together in S.F. Ballet’s ‘Nutcracker’

When Esteban Hernández was a student at the Royal Ballet School in London, he spent his winter breaks visiting his older brother, Isaac, who was already a professional dancer with San Francisco Ballet. In the ballet world, winter means “Nutcracker” season — and “Nutcracker” season means a marathon of shows and nonstop Tchaikovsky.

The brothers spent most of their time together in the theater, Isaac dancing an assortment of roles and Esteban watching; he must’ve seen 50 Nutcrackers during those visits, he estimated.

It turned out to be the perfect preparation.

He joined S.F. Ballet a few years later and started tackling the same parts himself, including the Spanish, Russian and Chinese divertissements. By then, Isaac was in Europe, pursuing his career there, but earlier this year, he returned to S.F. Ballet, along with his wife, Tamara Rojo, the company’s new artistic director.

Now, for the first time, the Jewish brothers from Guadalajara, Mexico, are on the same roster at the same time — both are principal dancers in this year’s “Nutcracker” run of 33 shows in 20 days from Dec. 8 through 27.

Two of 11 children — a family Isaac has called “Old Testament” in its size — the brothers were raised in Guadalajara’s Jewish community, though neither practices today. They spent many of their formative years physically apart as they pursued their training and careers, but they’ve always hoped their professional paths would eventually converge.

“We just didn’t know what life would be like and where we would get that opportunity,” Isaac, 32, said during a joint interview with Esteban, 28, after a recent rehearsal. “I feel like it’s really fitting that it is in San Francisco. In a sense, it is our home. What better way to spend our best performance years building the next chapter of this company together?”

Ballet is in the Hernández brothers’ blood. Their father, Héctor Hernández, moved to the United States to train with Harkness Ballet and perform with the Dance Theatre of Harlem and the Houston Ballet before returning to Mexico. He went on to introduce ballet to his children, who practiced their pliés on the back patio where their mother, Laura, also a dancer, did laundry. Dad built a makeshift barre and an improvised studio with a few pieces of plywood.

The Hernández family story almost included moving to a kibbutz. There was a phase in Isaac and Esteban’s childhoods when Héctor was set on the idea of relocating to Israel. The family’s close friends at the time were all part of the Jewish community in Guadalajara, and they produced an intricate celebration for the 50th anniversary of Israel in 1998. The Hernández kids took Hebrew lessons, but the family never went ahead with the plan, in part because Mom was concerned about Israel’s mandatory military service.

Emilia Hernández, the oldest of the 11 kids, has fond memories of being involved with the Comunidad Israelita de Guadalajara AC, which she described as a Conservative Jewish community. In an interview, she recalled how they celebrated Jewish holidays such as Sukkot and Hanukkah together.

In 2014, Emilia cofounded Soul Arts Productions with her brothers to promote ballet in Mexico. She said her parents instilled a strong work ethic in her and her siblings. “Maybe it was because my parents were artists, but we call it … the art of making something out of nothing,” she said. “My father used to read stories from the Torah and said, ‘What happened? And how do they survive? And how do they accomplish this? Because they kept the faith and the hope and the work and the community.’”

Unlike aspiring dancers today, Isaac and Esteban didn’t have YouTube, Instagram or TikTok to stoke their dreams and shape their aspirations. Instead, they had their father’s stories and a VHS tape of the American Ballet Theatre of New York City performing “Le Corsaire.”

Both brothers left home when they were barely teenagers to pursue ballet. Isaac followed that tape to New York City after training in Philadelphia. But before he could move up from ABT’s studio company to the main company, he found himself in San Francisco, auditioning and accepting a corps de ballet contract in 2008.

Soon after, injuries among the male principals left an opening for newer recruits such as Isaac to step up. “I immediately started getting experience and opportunities,” he said.

Esteban, four years younger than Isaac, forged his own career but had an example to look to. “I’ve been fortunate in having my brother create pathways and showing what the possibilities could be,” Esteban said.

Because of his winter visits to San Francisco, S.F. Ballet was always in his mind, so when he had a chance to join, he took it even though his brother had left for Europe. Esteban moved to the Bay Area in 2013 and has spent the last decade building a life and career in San Francisco — rising in the ranks to soloist in 2017 and principal in 2019.

“The city has a great mix of cultures and ways of living that I really appreciate,” Esteban said. “It also feels really close to home, close to Mexico.”

Part of that derives from the Latinx communities he’s found in the city. “I love that I can speak Spanish to so many people on a daily basis,” he said.

And now, as he welcomes his brother back to the city, “it’s really special that we’re getting to be in the same place,” he said. “The time feels right to be together.”

The Hernández brothers’ reunion in San Francisco comes on the heels of a particularly turbulent time for the performing arts, and dance in particular, due to the Covid-19 pandemic.

For both brothers, the pandemic reinforced a sense of responsibility to give back and create opportunities for others, embodying the principles their parents instilled in them. They’ve put on “Despertares,” ballet showcases in Mexico that draw thousands of spectators, and have helped young Mexican dancers with auditions for ballet schools in San Francisco and London.

“We find so many situations in Mexico where they say, ‘Yeah, you know, I was a dancer,’ or ‘I wish I had a family that had supported me,’ or all these unfulfilled dreams,” Isaac said. “And I want to see less of that.”

In late September, the brothers had their first S.F. Ballet rehearsal together. Though they’d ostensibly been working together since July, the company had spent the summer divided into three groups.

“Today was the first time that we got to be in the studio at the same time,” Esteban said afterward via Zoom as he sat in his Duboce Triangle apartment, the late afternoon sun flooding in through a bay window (Isaac was on the Zoom call, as well, eating a late, al-fresco lunch at a favorite Mexican haunt in Hayes Valley before heading home to the Marina).

“It still feels somewhat surreal, to be able to be in the room at the same time and rehearsing parts that we’ve both done separately, and then with the possibility of maybe getting to do them together,” Esteban added.

For Isaac, the return to San Francisco is a reunion with his literal family — and a chance for his toddler, Mateo, to spend time with Uncle Esteban — and also with his dance family.

One member of that extended company family, longtime rehearsal director Ricardo Bustamante, said that the Hernández brothers’ reunion in San Francisco is a boon to the company and a treat for the Bay Area audiences.

“Esteban and Isaac, while two very different dancers, have the rare combination of qualities that any director seeks,” he wrote in an email. These qualities include “stellar technique and strong partnering skills, and the capacity to tell stories and connect emotionally and physically with their fellow dancers — and the audiences.”

“Esteban and Isaac, while two very different dancers, have the rare combination of qualities that any director seeks,” he wrote in an email. These qualities include “stellar technique and strong partnering skills, and the capacity to tell stories and connect emotionally and physically with their fellow dancers — and the audiences.”

S.F. Ballet was the very first company in the country to stage a full-length version of “The Nutcracker” in 1944. In the decades since, it has become a tradition passed on through the generations.

Though there have been a few explicitly Jewish productions, it’s most often inescapably Christmasy. Those classic “Nutcracker” shows are performed year after year — including by Jewish ballet stars and children alike.

Thus, “The Nutcracker” is a “fundamental production to grow the ballet audience,” Isaac said. “Most people that come back at a later part of their life to ballet, it has something to do with having seen ‘The Nutcracker’ when they were kids.

“So a lot of people take it for granted, but I understand the huge responsibility that we have as dancers to continue performing this ballet.”

Both brothers will make multiple appearances as the prince this December, performing the grand pas de deux in Act II.

The company’s current production is set in San Francisco in the aftermath of the 1906 earthquake. The iconic party in Act I whisks audience members into a house that looks like ones they might’ve passed on their way to the theater, with Victorian steps and bay windows.

In Act II, they’re not off to some vague land of sweets, but to the Panama Pacific International Exposition, which was held in San Francisco in 1915.

“Even though we’re watching a fairy tale, it makes it feel much more relatable,” Esteban said.

He felt the same way when he was first settling into the city nearly a decade ago and recognized parts of it onstage, too. “It was pretty magical,” he said.

This year, that spark of connection and sense of wonder might just be a reminder — to Esteban, Isaac and audiences who’ve missed live dance or are seeing it for the very first time — that they’re right where they should be. 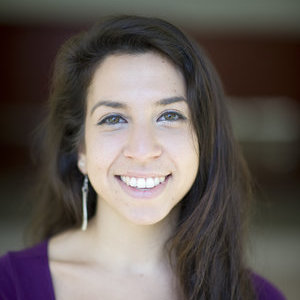 Stav Ziv is a journalist based in New York City whose work has also appeared in Newsweek, The Atlantic, Newsday, and the San Francisco Chronicle. She is currently deputy editor at The Muse. 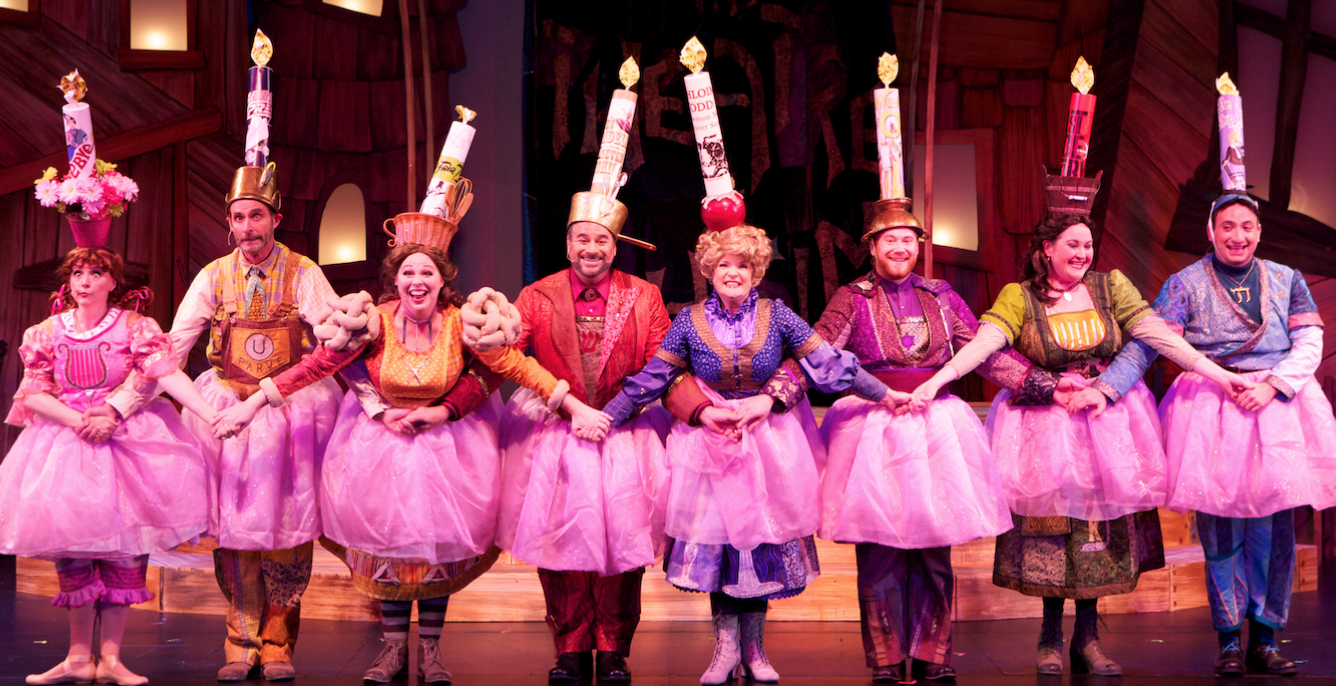 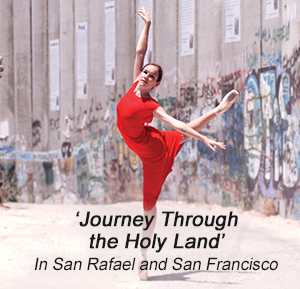