The Rabbi of Chelm was puzzled. How does it happen that I am again writing on election day on Parashat Toldot?  He studied the text, noting the lineage, toldot, of Jacob and Esau:

Isaac was 40 years old when he took as wife Rebekah, daughter of Bethuel the Aramean of Paddan-Aram, sister of Laban the Aramean. And Isaac pleaded with the Lord on behalf of his wife, for she was barren, and the Lord granted his plea, and his wife Rebekah conceived.

And the children clashed within her, and she said, “Then why me?” and she went to inquire of the Lord, and the Lord said to her:

“Two nations — in your womb,
two separate peoples from your loins shall issue.
People over people shall prevail,
the elder, the younger’s slave.”

And when her time was come to give birth, look, there were twins in her womb.

Fraternal divisions in the womb and the country (Genesis 25:27):

The lads grew up, Esau was a man skilled in hunting, a man of the field, Jacob was a simple man, a dweller in tents. And Isaac loved Esau for the game that he brought him, but Rebekah loved Jacob.

One day Esau returns from hunting and craves the “red stuff” that Jacob was cooking. Jacob offered to give his brother some “red stuff” in exchange for his birthright — the special honor that Esau possesses as the older son.

Enter Rebekah. When the time comes for Isaac to bestow his blessing on his sons, Jacob and his mother contrive to deceive Isaac into blessing Jacob in Esau’s place. When Esau finds that his blessing had been given to Jacob, he screams and then pleads:

And Isaac does bless him, in verse 27:40, according to his character and fate (Esau is described as “skilled in hunting, a man of the field” and Jacob has his first-born blessing):

Look, from the fat of the earth be your dwelling
And from the dew of the heavens above
By your sword shall you live
And your brother you shall serve
And when you rebel
You shall break off his yoke from your neck

Looking at the election results in Chelm and across the Jewish world, the Rabbi of Chelm reflected on the security fears, unease and distrust. He remembered from 1 Samuel, when elders of Israel came to Samuel to give the people a king. The Philistines are threatening at the border and there is anxiety.  Samuel tries to warn them off, describing in detail all the abuses a king imposes on a subject people.  However:

But the people refused to listen to Samuel. “No!” they said. “We want a king over us. Then we will be like all the other nations, with a king to lead us and to go out before us and fight our battles.”

Samuel first chooses a weak king; he makes Saul the King of Israel. Predictably, Saul fails to reach a decisive victory against the Philistines. David does. Saul dies in battle, but David rises in battle. There are links to David and Esau. Genesis 25:25 describes the birth of Esau:

And the first one emerged Admoni/ruddy; he was completely like a coat of hair, and they named him Esau.

And he sent and brought him, and he was Admoni/ruddy, with beautiful eyes, and handsome appearance. And the Lord said, “Arise, anoint him, for this is he.”

At the end of Toldot, the text does not lose sight of Esau. He is close by. When he leaves his parents, Rebekah and Isaac, he marries a daughter of Ishmael, a granddaughter of Abraham. He dwells next door, in Edom.

And there he waits, until needed.

Skipping from Exodus to the Prophets, a frightened people turn to the Esau/David type.

Indeed, this is he.

You can find him nearby. Esau/David types are successful in the field of battle and they are disasters at home. They are not the wanted first choice; they are chosen out of perceived necessity.

“Give us a King,” the people say, and over in Edom, Esau is waiting.

The Rabbi of Chelm sips his tea and reads the news. The streets are filled with unease and Esau wants our blessing. 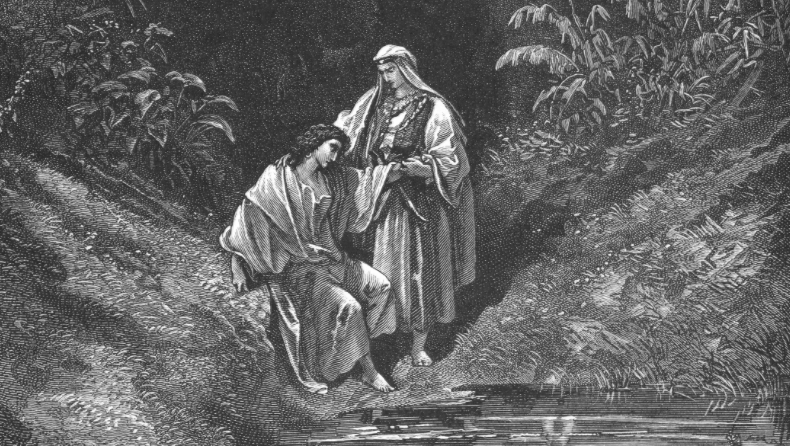 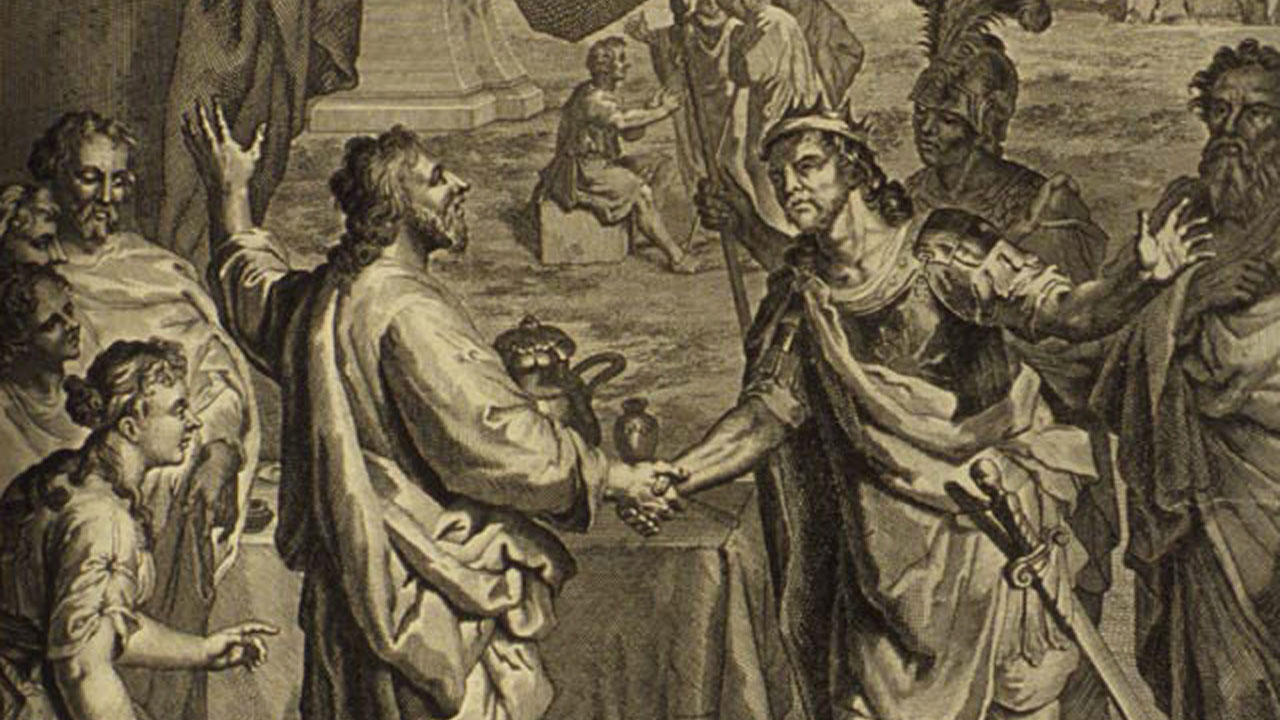