A wide-ranging survey of Bay Area Jewish adults released Monday points to a community that, not unlike American Jews as a whole, forms its Jewish identity primarily around things like family heritage, Jewish values, culture and Jewish history (specifically, the Holocaust), rather than around religious belief or practice.

It also showed Bay Area Jews have nuanced views on Israel and the Israeli-Palestinian conflict. While the vast majority of survey respondents said they support a Jewish and democratic state in Israel, most (66%) reported unease with Israel’s treatment of Palestinians.

The survey, conducted by the polling firm EMC Research and commissioned by the S.F.-based Jewish Community Relations Council, marks the first time since 2018 that Bay Area Jews — who number around 350,000, making up the fourth largest Jewish population of any metro area — have been statistically profiled on a large scale.

Citing “widespread misconceptions” about Jewish identity prevalent in American discourse, JCRC CEO Tye Gregory said “our goal with this survey was to gain a deeper understanding of Bay Area Jews’ … and their experiences as Jews in the public square.”

The study’s findings are based on 828 interviews with Jewish residents of nine Bay Area counties from Sept. 13 to 27. The questions dealt with a breadth of topics, from whether Jewish identity “impacts the decisions I make in my day-to-day life,” to religious denominations, political ties and antisemitism.

While the 2018 study, commissioned by the Jewish Community Federation, focused on demographic information — Jewish population numbers, whether the community was growing or shrinking, how it was geographically spread — the JCRC study was more attitudinal, focusing on how respondents feel about their Jewish identity, and tracking their personal experiences with antisemitism.

The impetus behind the project, according to JCRC, was to explore the idea that Jewish identity is not reducible to religion, and that doing so does a disservice to American Jews. Rather, Jewish identity is better understood as ethnic and inalienable; through that lens, antisemitism should not be viewed simply as religious bigotry, but as ethnic hatred in line with racism.

“We want to use this data to back up arguments we have been making, particularly around Jewish identity being flattened,” JCRC CEO Tye Gregory said. “We’re being identified backwards, from what the results show. We’re constantly put in a faith box, including by the FBI and the federal government. Which is as far from the truth as the data show.”

Respondents were given a two-tiered test to determine whether they would be included in the study. First, they were asked to state their religion, and those who said they were Jewish were included. If they gave an answer other than Judaism, they were asked a second question: whether they “identify as Jewish in any way, either ethnically, culturally, or because of your family’s background.”

Some 266 respondents said they weren’t religiously Jewish but answered yes to the second question, constituting 32% of the total field. Among those who did not claim Judaism as their religion, 57% said they were not religious or claimed no religion, 26% claimed another religion and the rest gave other answers.

Compared with the 2018 study — which was larger in scale with 3,516 respondents — the JCRC survey showed even less correlation between Jewish identity and religion. In 2018, 78% of respondents said they considered themselves Jews by religion, compared with 68% in the more recent study.

“This is a trend,” said Matt Boxer, an assistant research professor at Brandeis University who studies sociological and demographic research on American Jews. Boxer pointed to a recent national Pew study that showed 27% of American Jews identify as Jews of “no religion,” often called religious “nones” (a growing proportion of the American public in general).

When asked “What has shaped your Jewish identity?” a majority of respondents answered “family heritage,” which 80% found significant. The Holocaust came in second at 76%, Jewish values or ethics at 67%, and culture and celebrations at 64%. The lowest-rated answers were spirituality, which only 39% said was significant, and “religion and/or religious practices” at 32%.

EMC is a market research and data analytics firm headquartered in Oakland with a national footprint. Methodologically, the survey sought to capture a broad swath of Bay Area Jews, not just those affiliated with synagogues or other Jewish institutions.

Instead, EMC used general databases such as voter rolls, noting that between 80% and 85% of the Bay Area adult population is registered to vote. To narrow the pool to respondents who were more likely to be Jewish, EMC Research relied in part on identifying Jewish surnames, a technique that JCRC acknowledged was imperfect, but supported a key goal to show the broad diversity of Jewish practice (or non-practice). Using ready-made lists of synagogue members, for example, would have defeated that purpose.

Half of respondents said they belonged to a Jewish denomination such as Reform, Conservative, Orthodox or Reconstructionist, while 23% said they were “secular” and the rest gave other answers. Among respondents who considered themselves Jews by religion, 44% said they were Reform, by far the most popular response in a community with longstanding ties to the Reform movement. The second most common answer was secular, at 19%.

Still, the vast majority of respondents, 86%, said being Jewish “is important to me,” a figure slightly higher than the Pew average. Religiously affiliated Jews overwhelmingly said the same, at 95%, compared with nonreligious Jews at 67%.

Considering the liberal bent of the Bay Area and of American Jews more broadly, most respondents in the survey considered themselves progressive (33%) or liberal (31%), while about a quarter described themselves as moderate and 10% as conservative.

On the “most important challenge in the Bay Area that needs to be addressed,” an open-ended question, the most common answer was homelessness (54%), followed by affordable housing (42%) and crime/drugs/guns (28%). Notably, homelessness was the most common response across every generation polled, from Gen Z (18 to 24) to the “silent generation” (born between 1928 and 1945), except for millennials, who rated affordable housing slightly higher.

As for the “most important problem facing Bay Area Jews,” also an open-ended question, the most frequent response was antisemitism, followed by “lack of community/spaces/cohesive identity,” and housing/homelessness.

The survey found experiences with antisemitism to be common, as was the feeling that people “make assumptions about me because I’m Jewish.”

Thirty-two percent of respondents said they had “experienced or directly witnessed antisemitism in the past three years.”

To Boxer, the Brandeis professor, the figure seemed high relative to Jewish communities elsewhere, but in line with what he’s seen from studies of West Coast Jews.

“There does seem to be a trend where certain communities on the West Coast have higher rates of people who say they experienced antisemitic incidents,” he said, naming Seattle as another example.

Meanwhile, the study showed significant concern by parents about antisemitism.

In general, adult respondents said they felt comfortable publicly identifying as Jewish (89%), but many said they felt “people make certain assumptions about me because I’m Jewish” (64%).

On Israel and the Israeli-Palestinian conflict, the survey presented considerable contrasts and nuance.

While a vast majority of respondents said they support Israel’s “right to exist as Jewish state,” opposition to Israel’s treatment of Palestinians was widespread.

In all, 89% agreed that “Israel has the right to exist as a Jewish and democratic state.” However, only a third of respondents said they are “generally comfortable with the Israeli government’s policies related to Palestinians.”

Notably, 25% said they “support the movement to boycott, divest and sanction Israel, sometimes called BDS.” That figure raised some eyebrows among observers at JCRC and elsewhere; it is at odds with national data, which show about 10 percent of American Jews saying they support BDS, according to Pew.

A major caveat to polling on this issue, experts say, is that respondents may not fully understand what BDS is. The Pew survey found just 56% of American Jews had heard of it.

“We don’t know what’s on people’s minds when they answered yes,” Stiller said. “Maybe they are thinking about the West Bank settlements, or the Ben and Jerry’s boycott, or something like that,” meaning it’s possible to support boycotts of products made in Israeli settlements but not in Israel proper.

The sample size for young Jews was small: Only 5% percent of survey respondents were Gen Z (18-24), but they were far more supportive of BDS than any other group, at 50%.

Only 59% said they feel a “personal connection with Israel.” Depending on how one interprets the question, it may be considered in line with or lower than national averages. The Pew survey worded the questions differently and found about 8 in 10 Jews who said “caring about Israel” is important to them, and about 6 in 10 who “personally feel an emotional attachment” to the country.

“It might not be exactly representative,” he said. Still, “it’s a good swath of the diversity of the Jewish community,” he added. “There’s enough here that you could be concerned about what you’re finding.” 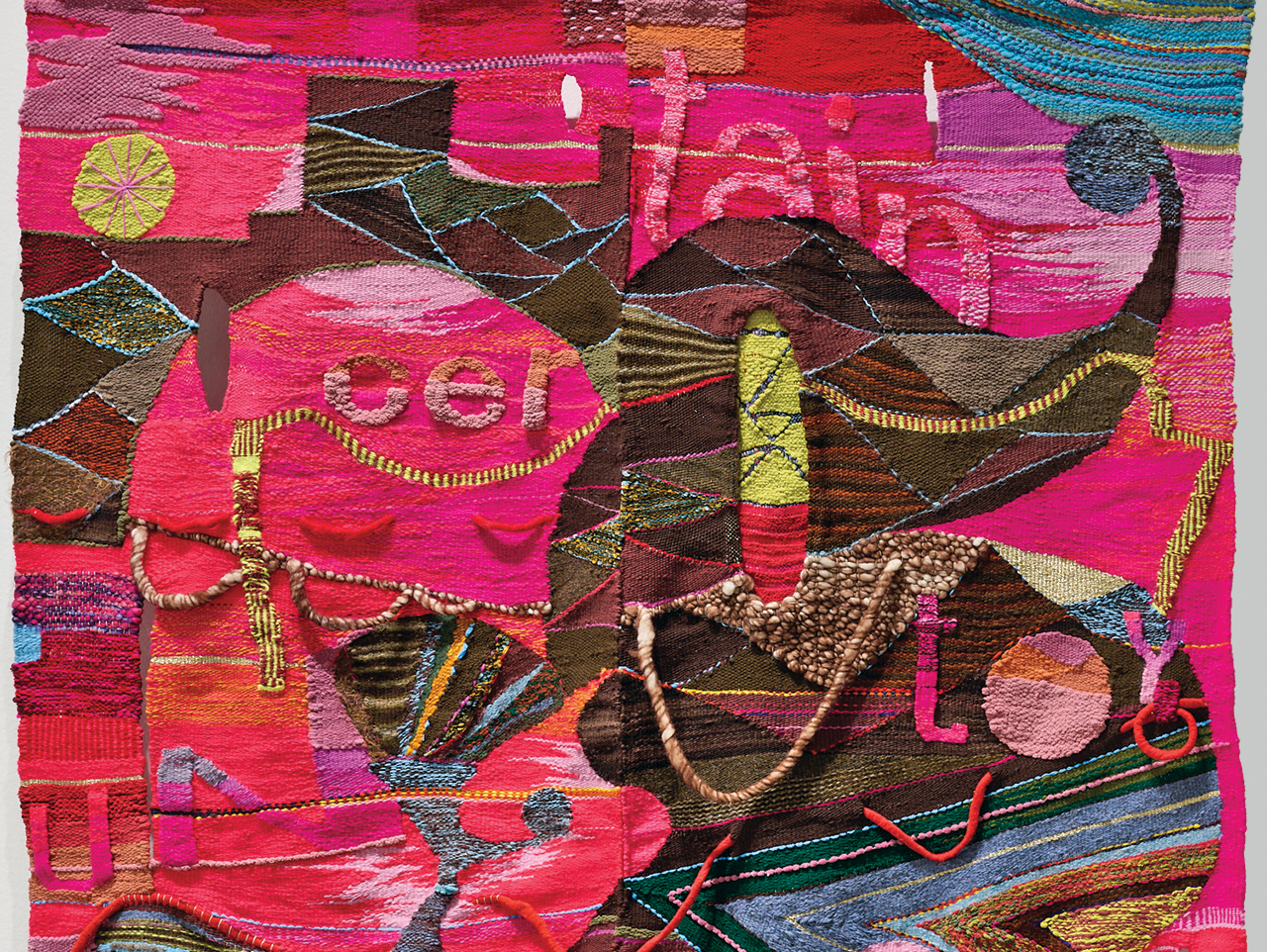