NEW YORK — When a little-known organization of Orthodox rabbis declared Reform and Conservative Judaism "not Judaism at all," Orthodox and non-Orthodox Jews alike echoed their anger.

The group recently threatened to boycott the U.S. Holocaust Memorial Museum over its inclusion of gay victims of the Nazis.

The group's latest statement, which it will officially present at a Manhattan press conference Monday, March 31, is read by many as a complete rejection of non-Orthodox Jews.

The statement's greatest significance is that it underscores deepening divisions between Orthodox and non-Orthodox Judaism, with leaders of each blaming the other for the breach.

Some prominent rabbis — including Rabbi Pinchas Hirschsprung, Chief Rabbi of Montreal, and the Gerer and Vishnitzer Rebbes, leaders of Chassidic sects — have expressed all-out support for the statement.

But the furor, which got wide play in some of America's biggest daily newspapers, including Saturday's Los Angeles Times and San Jose Mercury News front pages, underscored a question many were asking: Who is this group that claims 582 rabbis as members?

In fact, the Union of Orthodox Rabbis is the oldest and, for a long time, was the pre-eminent Orthodox rabbinical organization in the country.

Today, there are strong differences of opinion about the organization's importance and relevance. Its leaders claim the backing and membership of some of Orthodoxy's best-known spiritual leaders, while others in the Orthodox world describe it as an association with little credibility or power.

In its controversial statement, the rabbinical union, known in Hebrew as Agudas Harabbonim, wrote: "Reform and Conservative are not Judaism at all. While their adherents are Jews, their religion is not Judaism."

The overwhelming majority of American Jews who identify with one of the religious movements — between 85 percent and 90 percent — identify with the Reform or Conservative movements.

The rabbinical union's statement was prompted by steps those movements have taken abrogating Jewish law, Rabbi Hersh Ginsberg, its director, said in an interview in the book-lined study of his home in the Boro Park section of Brooklyn.

Ginsberg, whose face is framed by a white beard and large black yarmulke, cited the Conservative movement's policy of permitting members to drive to synagogue on the Sabbath, both movements' ordination of women and the Reform movement's approval of same-sex civil marriages.

Those policies are not new. When asked why the group decided to issue a position on the liberal movements now, Ginsberg said, "Now they're penetrating Israel."

Ginsberg was referring to the liberal movements' efforts to gain official footing in the Jewish state, where the Orthodox rabbinate controls all matters of personal status, including conversion, marriage and divorce.

The conflict over religious pluralism in Israel — highlighted by recent controversy surrounding conversion legislation — is increasingly affecting relations between Orthodox and non-Orthodox movements in the United States as well.

"We'd like them to leave their temples and return to Judaism," Ginsberg said.

"If their way is Judaism, you might as well burn these books," he added, gesturing toward the volumes of Talmud and other Torah commentary filling floor-to-ceiling shelves.

The history of Ginsberg's organization dates back to its founding in 1902. Based then, as it is now, on Manhattan's Lower East Side, the union's current members have spanned a wide range of Orthodox orientations.

Rabbi Moshe Feinstein, the decisor of Jewish law whose interpretations were accepted by Orthodox Jews around the world, was president of the organization for a quarter of a century, until his death 11 years ago.

While some members are Chassidic rabbis, including Lubavitchers, others also belong to the more moderate Orthodox Rabbinical Council of America, known as the RCA, which was founded in 1936 as an American-oriented alternative to the rabbinical union, which was then made up almost solely of European-born members.

Some of Yeshiva University's best-known deans and faculty members — including Rabbi Zevulun Charlop, dean of its rabbinical school, and Rabbi Moshe Tendler, a professor of Talmud and a dean at the institution — belong to the rabbinical union. Yeshiva University has historically been rooted in a worldview that embraces both Torah and modernity.

Two rabbis who are members of both organizations declined to speak for the record but indicated they were embarrassed by the rabbinical union's position.

On the other hand, Tendler defended the group's latest statement as valid, though he said the rabbinical union "has not been very active and certainly has lost touch with much of the American Orthodox community."

Referring to Reform and Conservative Jews, he added, "These are beloved people [but] their leadership has been deceitful. They are the only religion in Western civilization that says that the Bible is not divine."

This is not the first time that the rabbinical union has weighed in on issues of pluralism and the legitimacy of non-Orthodox groups.

In 1956, it had prohibited Orthodox institutions from participating in the Synagogue Council of America, which had brought together Orthodox, Conservative and Reform rabbis to work together on matters of common concern. But not until 1993 did the rabbinical union's view prevail. At that time, the Orthodox Union and RCA withdrew.

Although the association maintains its Lower East Side office, most meetings now take place in Brooklyn, where the majority of its members now live and work, Ginsberg said.

It also has members in places as far-flung as Los Angeles; Tulsa; Philadelphia; Lakewood, N.J.; Antwerp, Belgium; and Mexico City, according to its membership list.

Today, though only 10 percent of its members are European-born, according to Ginsberg, most of the business at its several meetings a year is conducted in Yiddish.

Leaders of the rabbinical union proudly identified themselves as "right wing" and "ultra-Orthodox."

In explaining the group's statement, Rabbi David Hollander, who serves as a member of the rabbinical union's executive committee as well as of the RCA, said in a telephone interview that "pluralism and Judaism are incompatible. Either one believes in the Torah or one believes in pluralism."

His organization was called "the O.U." in the Los Angeles Times article, which broke the story.

That prompted an avalanche of calls and e-mail correspondence to the Union of Orthodox Jewish Congregations of America, which is more commonly known as the O.U., according to its officials.

Most of the correspondence came from Orthodox constituents horrified by the statement, they said.

Monday, the Union of Orthodox Jewish Congregations and the RCA, issued a joint statement repudiating the rabbinical union's statement.

"Despite divisions on core theological issues" with the liberal movements, the joint statement said, "they are still considered disagreements within the family. We must never lose sight of our strong sense of unity as Jews and as one people."

Rabbi Jerome Epstein, executive vice president of the United Synagogue of Conservative Judaism, laid part of the blame for the rabbinical union's statement at the feet of Israel's leadership.

"They have left room for fostering this kind of comment, and they encouraged it implicitly by not saying there is a respectable pluralism and diversity in the Jewish community today," Epstein said.

He described the atmosphere as one "almost of sinat chinam," or the causeless hatred of one Jew for another that sages say caused the destruction of the Temples in Jerusalem and led to the dispersion of the Jews.

"Causeless hatred really is bred when people look for ways to delegitimize others," he said. 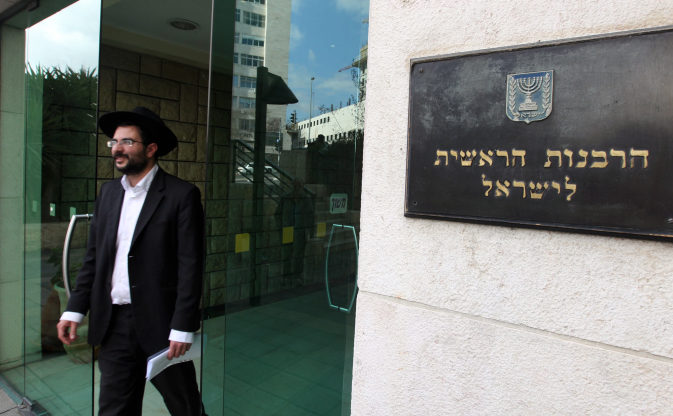