tel aviv | Gil-Ad Harish waits outside the crowded soup kitchen he runs in a blighted section of Tel Aviv. The sun shines much too hot for this time of the year, and Harish wipes the perspiration from his face. But soon a delivery truck pulls up, and Harish prepares to lend a hand.

Today, he’s off-loading half-full bottles of soda, the unused leftovers from airliners recently landed at Ben-Gurion Airport. They still have some fizz left.

Harish gets the stuff for free, just like all the food and drink served at the Lasova soup kitchen. A little army surplus chicken here, a few crates of donated fresh vegetables there.

Harish and his wife, Sharona, launched Lasova (Hebrew for “eat until full”) in 1990. In those days, the notion that anyone in Israel would go hungry seemed like a bad joke.

No one is laughing now.

In the midst of Israel’s worst economic crisis ever, hunger and homelessness are way up. Already strapped to the breaking point, the Israeli government cannot save everyone from falling through the cracks.

That’s where the Harishes come in. Both are members of the Amuta, the S.F. Jewish Community Federation’s Israel-based partner committee that helps determine how JCF funds should be distributed in Israel. In addition to Lasova, the Harishes also run two homeless shelters and a string of afterschool youth clubs, each called Kadima, with most facilities located in the south Tel Aviv/Jaffa area.

A successful attorney, Gil-Ad Harish accepts no pay for his charitable efforts. Neither do his wife or anyone else involved, with one exception: the Lasova head chef, who once worked at a posh L.A. eatery Everyone else volunteers, though some are convicts fulfilling community-service obligations.

“The food is free,” says Harish. “All are welcome, no questions asked.”

And they do come, more than 1,000 people a day. Most are unemployed, some are substance abusers, some mentally ill. Single mothers, ex-cons and a large contingent of Russian-speaking seniors also come to eat. Between 10 a.m. and 3 p.m., the line spills out the door and onto Salama Street.

Some of the diners will likely spend the night in one of the homeless shelters run by the Harishes. Dubbed Gagon (Hebrew for “little roofs”), the shelters are clean and cheery, if a bit cramped. Residents may stay as long as they like, which is good because there are few other comparable shelters in Israel, according to Harish.

About 70 residents fill the beds at the two shelters at any given time. Everything — bunk-bed frames, mattresses, sheets, and pillows — comes from donations, and low overhead (for both the shelters and the soup kitchen) keeps costs down and the Harishes in business.

That’s both good and bad news: good that people like the Harishes are so motivated to help their fellow Israelis; bad that the need is so dire.

But with the government slashing entitlements, unemployment hovering at 11 percent and wages down, more than 1.3 million Israelis now live below the poverty line.

To well-off citizens like Gil-Ad Harish, the numbers are unacceptable. “It is our duty,” he says, “to ensure that no one goes hungry in our cities.”

“My situation is difficult. We don’t have anything to eat,” says Yigal Alperson, 66, an unemployed statistician who supports his wife and five children on the $888 he receives each month from Israel’s national insurance system. He finds himself often forced to take meals at soup kitchens like Lasova.

“This is security, you know,” he said, pointing to a plate piled high with steaming pasta and chicken cutlets. “At least you know you’ll be eating today.”

Back at the Gagon homeless shelter in Tel Aviv, Theresa Roszkovska serves as director. A Polish-born immigrant, she speaks in a voice made husky by too many cigarettes. But she is proud of the place and the work she does.

In fact, up on the wall by the entrance is a photo of Roszkovska standing next to a Tussaud’s wax figure of Mother Theresa. Both are dressed coincidentally in the trademark white and blue made famous by the late nun.

Harish points out the photo to visitors. “Our two Theresas,” he says, laughing

Not that Harish himself is bucking for sainthood. He does what he does simply because the need is great and the resources slim. Moreover, he likes it.

Israel gets creative, but times still tough amid weak economy 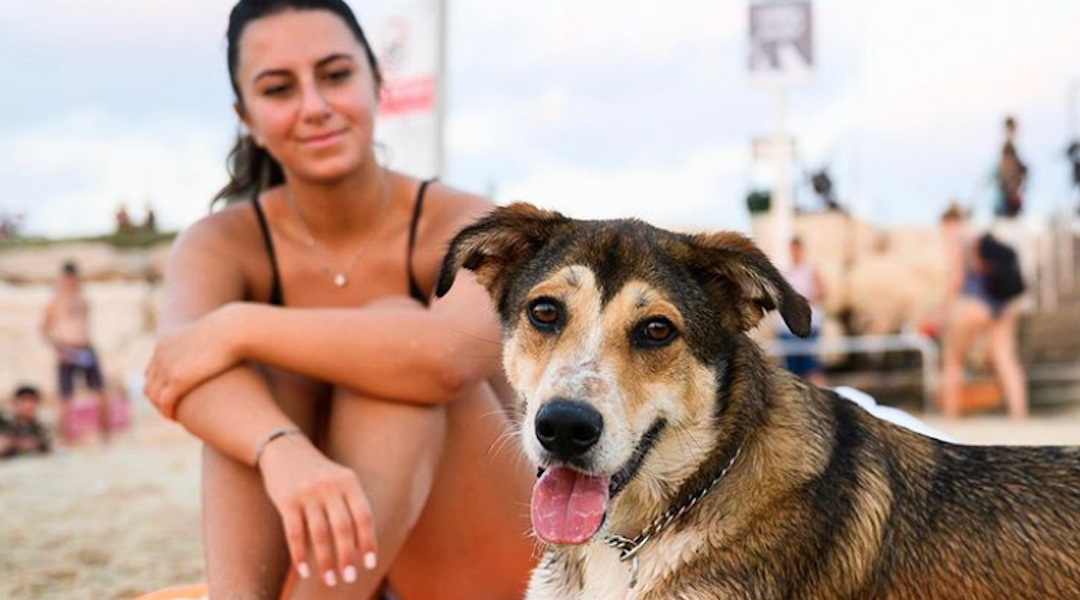 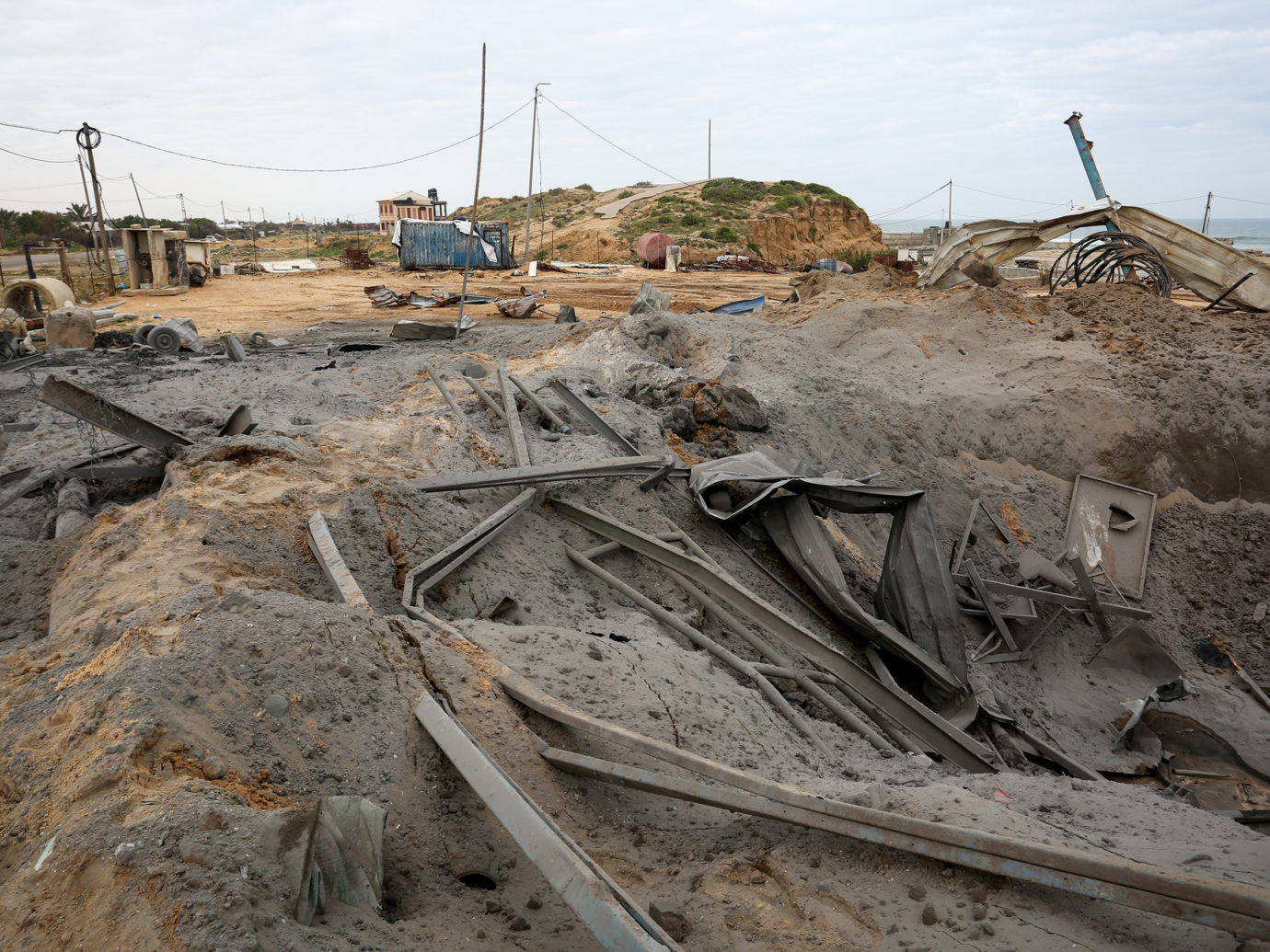 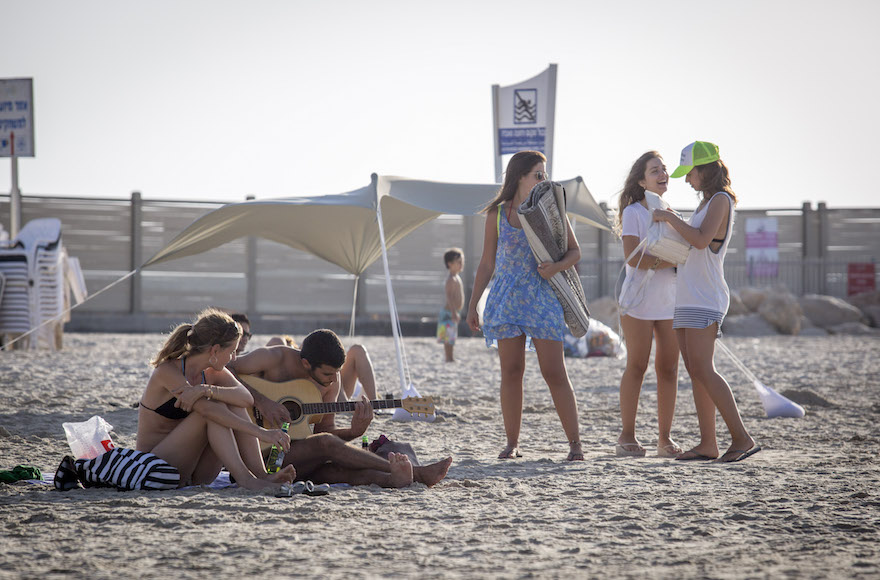