Farewell Israel is one long goodbye

It took 11 months, but we have a winner in the category of Weirdest Movie of 2007.

The prize goes to “Farewell Israel: Bush, Iran and the Revolt of Islam,” a two-and-a-half-hour opus that is, by turns, a religion class, history lesson, poly sci lecture and warning bell.

Its thesis, articulated more clearly in the press release than in the film, is that the existence of a Jewish state in the Middle East violates the tenets, identity and self-respect of Muslims. Consequently, writer-director-editor Joel Gilbert calmly asserts, followers of Islam will not be satisfied until Israel is destroyed.

In his view, any kind of accommodation by Israel (such as land for peace) is a naive or cowardly form of appeasement that only accelerates defeat.

An indefatigable narrator, who goes back to the beginnings of Islam to assemble a case, carries the film. There is not a single onscreen interview with an expert to back up or challenge his point of view. So unless the viewer is a real maven on the subject, he or she can’t judge the validity of the argument.

But if Gilbert’s interpretation of Islam and history is correct, the news from Israel will get worse before it gets better.

“Farewell Israel: Bush, Iran and the Revolt of Islam” was released straight to DVD last month. It can be found in bookstores and chain stores.

“Farewell Israel” is not a joke, as is clear from its title and running time, but it is a bizarre and poorly conceived film. Competent documentary makers endeavor to match imagery and information in a way that clicks with the viewer intellectually and emotionally. They want to grab you, hold you and leave you moved (in multiple ways).

Here, the narration runs wall-to-wall, to the extent that the movie is not so much a “political documentary” (as it calls itself) as a perfunctorily illustrated lecture. Indeed, if you don’t take notes through the first 90 minutes, which takes us from the roots of Islam up to 1948, you’ll be lucky to retain a handful of the dozens of Islamic terms, names, places and dates that Gilbert rattles off.

The only voice we hear, except for carefully chosen snippets from speeches by Presidents Bush and Ahmadinejad (and bits of Arafat, Sadat and Begin) is the narrator. Visually, we have to wade through a river of static drawings and maps and hokey re-creations before being treated to chunks of interesting archival footage in the last hour.

Gilbert, who studied Oriental and African studies at the University of London, and Islam and Middle Eastern studies at the London School of Economics, would likely prefer his film be reviewed by an Islamic scholar or Mideast expert. But a filmmaker has no chance of persuading an audience if he can’t keep them from hitting the eject button, no matter how well intended he is.

To his credit, “Farewell Israel” expresses its inflammatory interpretation in objective tones. This view of the Middle East has an unmistakably right-of-center slant, but it is not a rant.

For the record, the end credits list exactly one researcher and a bibliography of 15 titles, including Robert Fisk’s “The Great War for Civilization: The Conquest of the Middle East” and Shmuel Katz’s “The Hollow Peace.”

“Farewell Israel: Bush, Iran and the Revolt of Islam” was released straight to DVD on Nov. 20. 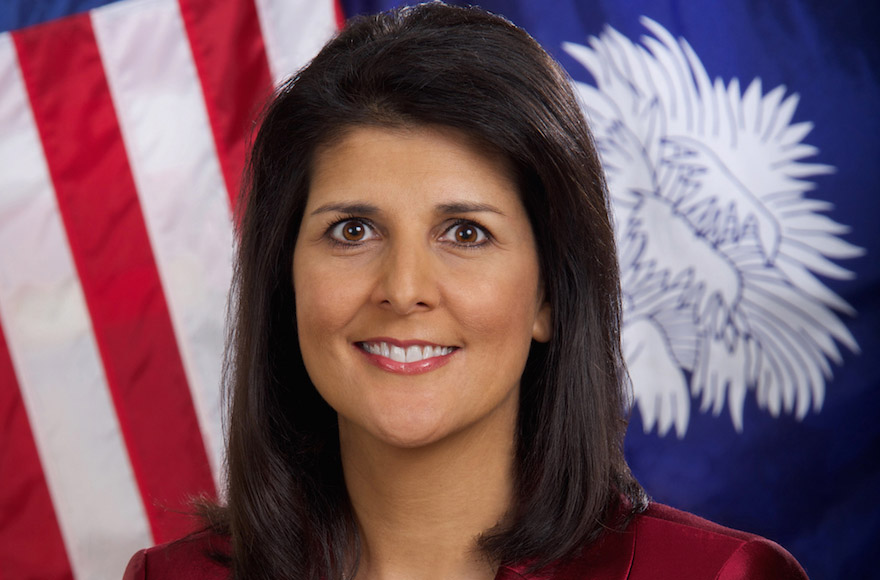