Renaissance man: Berkeley resident is a musician, a Web guru and the father of virtual reality

In his home studio, surrounded by hundreds of exotic woodwind instruments, Jaron Lanier could be any other eccentric Berkeley musician. With fuzzy blond dreadlocks hanging down to the small of his back, the 50-year-old picks up a Middle Eastern oud and carefully plucks.

Tugging at the strings of the pear-shaped instrument, he seems to have no interest in talking about his place in history — and even after being pressed for information, he addresses it only casually.

But it’s hardly anecdotal, for in the early 1980s, Lanier reached minor, unsolicited celebrity status after creating the world’s first virtual reality programs with a small group of computer scientists in Silicon Valley.

Lanier is the one credited with coining the term “virtual reality” for these computer-simulated environments, and he didn’t stop there. He has gone on to become a tech culture guru and visionary, and his research and writings — such as his 2010 book “You Are Not a Gadget: A Manifesto” — landed him on this year’s Time magazine list of 100 “people who most affect our world.”

A gentle, doting Jewish husband to Lena and father to 3-year-old daughter Lilibell, Lanier has traveled light-years from his 1950s childhood on the Texas side of the dusty border between the United States and Mexico.

He describes his early life on the outskirts of El Paso as comparable to the barren landscapes and void culture of Cormac McCarthy novels.

His mother was a concentration camp survivor from Vienna; his father’s extended family fled the pogroms in Ukraine. Because of this, he says, his parents were both terrified of the outside world and naturally anxious. They fled to the most remote region they could think of and ended up in the bottom tip of Texas, where they were one of the few Jewish families in town.

Around that time, his father, who had begun writing “true stories” for science fiction magazines with titles such as “Fantastic,” legally changed the family name from Zepel to Lanier to hide their Judaism, since the name would be in print.

As a child, Lanier crossed the border into Mexico daily to attend elementary school in Juarez, a notoriously violent and poverty-stricken town.

When Lanier, an only child, was 9, his mother’s car was struck by another automobile and she died. His father packed up their belongings and moved them to an even more remote location — a glorified tent in southern New Mexico.

In part because of his father’s interest in science, and in part because he wanted to “flee” his high school, Lanier started attending New Mexico State University, in nearby Las Cruces, at the age of 14. There he sought out and apprenticed for some leading scientific minds — people such as Marvin Minsky (an artificial intelligence pioneer) and Clyde Tombaugh (who discovered Pluto).

“I was lucky in meeting these people — and all without Facebook,” he says with an exaggerated sigh. Facebook is one of the aspects of the Web that Lanier rails against in his new book.

With a theatrically dismissive wave of his hand, Lanier begins explaining his beef with the social networking site.

“I see a parallel between the way power accumulates in Facebook and in the global economy. On Facebook, you are stuck there; if you wanted to get off, you would lose information. There’s a quality of being all in or not at all — this disempowers people.”

Though this argument and others — such as his rants against online behemoths like Wikipedia — may appear to be anti-Web, Lanier has been at the ground floor of computer technology for some 30 years.

After a few years at New Mexico State, he took a crack at life as a musician and attended an arts college in Manhattan, but by age 20, he had landed in Silicon Valley. It was 1979.

There, Lanier fell in with a buzzing crowd of creative computer folk he deems his “merry band of idealists.” Together with likeminded engineers, Lanier created the first inklings of virtual reality, along with a virtual surgical simulation program, still used by doctors around the world.

Around that time, Lanier also began publishing his theories about technology. He wrote for then-new techie magazine Wired in the 1980s. More recently, he has written lengthy pieces for Discover magazine, the Edge Foundation and the New York Times. Many of his published articles were incorporated into “You Are Not a Gadget.”

In the book he argues, among other ideas, that websites with logins and insignificant user input create the “hive mind,” a collective authorship in which no one individual can be rewarded for his or her creativity. He says the entire Web has become “sources of fragments to be exploited by others.”

“If we think of people and technology as the same thing, we’ll screw ourselves over. We need a new kind of humanism where we believe people are special.”

When he talks about his theories, his piercing blue eyes widen.

“The main proposal in the book was the need to revive the original plan for the Internet, which was derailed … in the 1970s. The plan was to have the Internet not be about gathering as much information as possible, but about empowering [individuals] as much as possible — meaning creating ways for people to make a living with what they did with their hearts and minds.”

Dan Reed, corporate vice president of technology strategy and policy at Microsoft’s Extreme Computing Group, has known Lanier for more than 20 years. “His groundbreaking ideas were really breathtaking revelations to many of us,” Reed said.

Reed and Lanier now work together for Microsoft Research, where Lanier continues to explore interaction technology and augmented reality.

“Jaron sees connections among seemingly disparate topics that others often miss,” said Reed. “That gives him perspectives and ideas that are thought-provoking and, in turn, stimulate creativity in others.”

In the early ’80s, when virtual reality was first introduced to the world, an avant-garde Japanese artist and her young son came to visit Lanier to learn more about the technological advances. Yoko Ono, Sean Lennon and Lanier have remained friends ever since — Lanier even played alongside the mother-and-son act, Plastic Ono Band, at Oakland’s Fox Theater last year.

Lanier, avid collector of unusual instruments, brought an array of exotic pieces to play at the Fox that evening. There was the modernized version of a Japanese instrument that looks like a “forest of pipes” and a brand new contraption he had specially made in Delhi, a piece with the body of a banjo and the neck of a sitar.

His other recent musical endeavors include contributing to the soundtrack for Sean Penn’s 2007 documentary “The Third Wave” and composing a symphony, to be performed by the Bach Festival Society Orchestra in Winter Park, Fla. Saturday, Oct. 23. The piece, dubbed “Symphony for Amelia,” has special meaning for Lanier.

It’s based on the poetry of Amelia Lanier, who was Shakespeare’s hidden muse. Lanier stumbled onto that information at a retreat several years ago, and he was stunned to learn about her impact on Shakespeare. Moreover, his father had chosen the name Lanier because he liked the music of flutist Sidney Lanier, who turned out to be a descendent of Amelia.

In a recent interview, moving about his overstuffed studio in his bare feet and loose all-black attire, Lanier points to different instruments and explains their origins in detail; the oud he played so beautifully earlier is from an Armenian instrument maker; the saz is from Turkey; there’s a guitar from Bulgaria and a classical harp from Burma.

“Music has always been at the center of who I am. I’ve always had another life in it,” Lanier says.

He’s particularly keen on ouds, he says, because they have crossover between Jewish and Muslim cultures. One of the oldest known ouds still in existence, Lanier points out, is inlaid with an intricate Star of David pattern in pearl and ivory.

Lanier’s own connection to Judaism has remained consistent throughout his life. He was bar mitzvahed in a temple in El Paso, and even though he did not attend a particular synagogue for many years, he has always been a practicing Jew.

Lanier and his family are now members of Congregation Netivot Shalom in Berkeley, just down the road from their home in the Berkeley Hills.

“A lot of my friends who come from Jewish backgrounds felt some need to rebel, but I never felt the need to do that,” he says. “Part of what has kept us going as a people is that there’s inherent questioning and re-examining by every generation.”

Since Lanier joined the synagogue last year, he and the temple’s spiritual leader, Rabbi Menachem Creditor, have forged a friendship, which has opened the door for dialogues on some of life’s bigger questions.

“One article [Lanier] shared with me on virtual technology discussed whether or not all reality is a video game where God is the player — it’s a radical theological image,” Creditor says. “I don’t necessarily agree with it, but am intrigued by it. It translates well into religious metaphor.”

Lanier sees an undeniable connection between his pursuit of technology and his religion.

“The interesting thing about Jewish tradition is the idea that the Messiah is the thing that differentiates the future from the present,” he explains. “That, in turn, is the core idea of the notion of technology as progress. That’s what makes technology so worthwhile.”

Because of observations like that and others, Creditor says he is in “admiration mode” of Lanier.

“He’s going to change the world,” Creditor says. “He’s that important in what he’s contributing.” 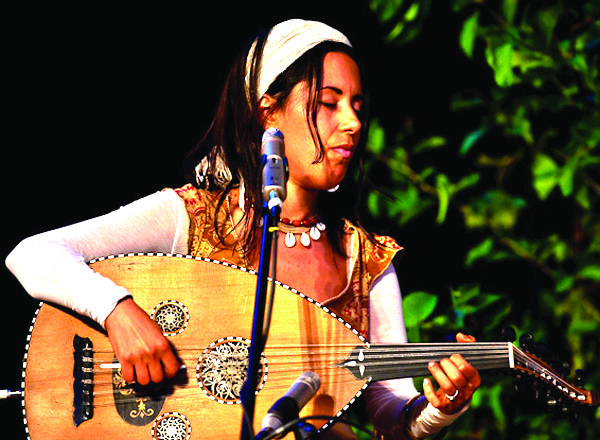 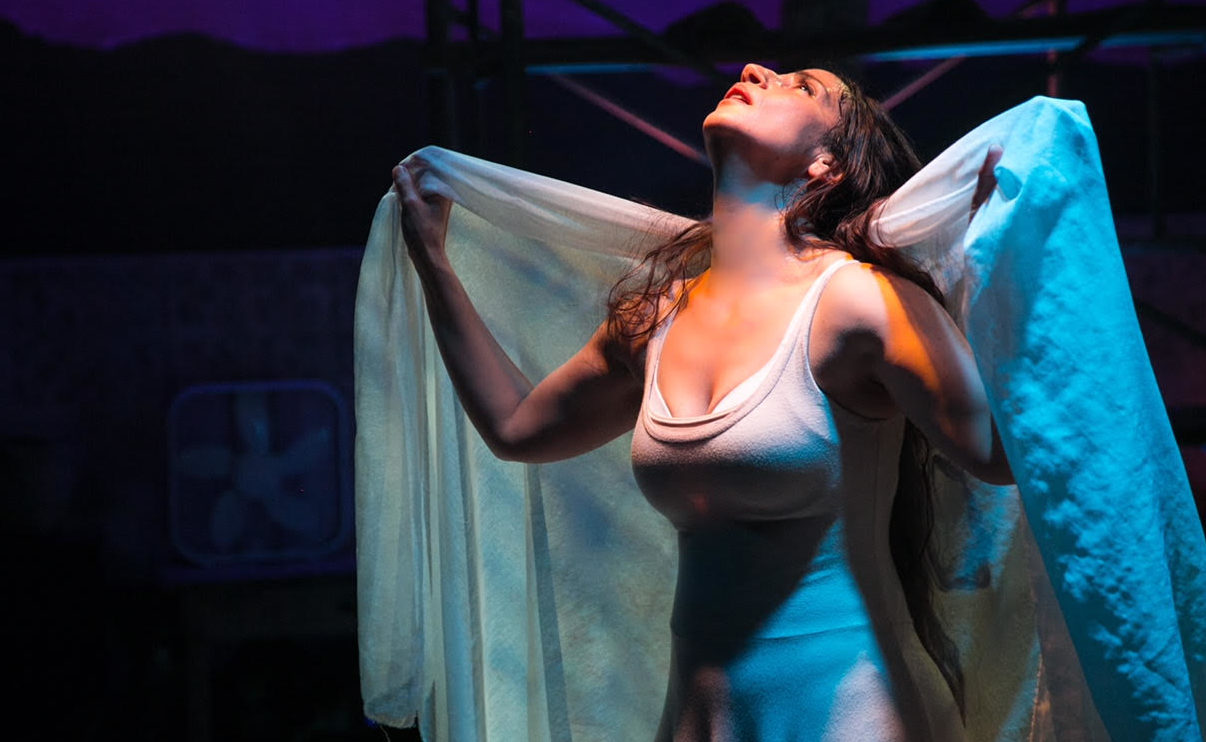 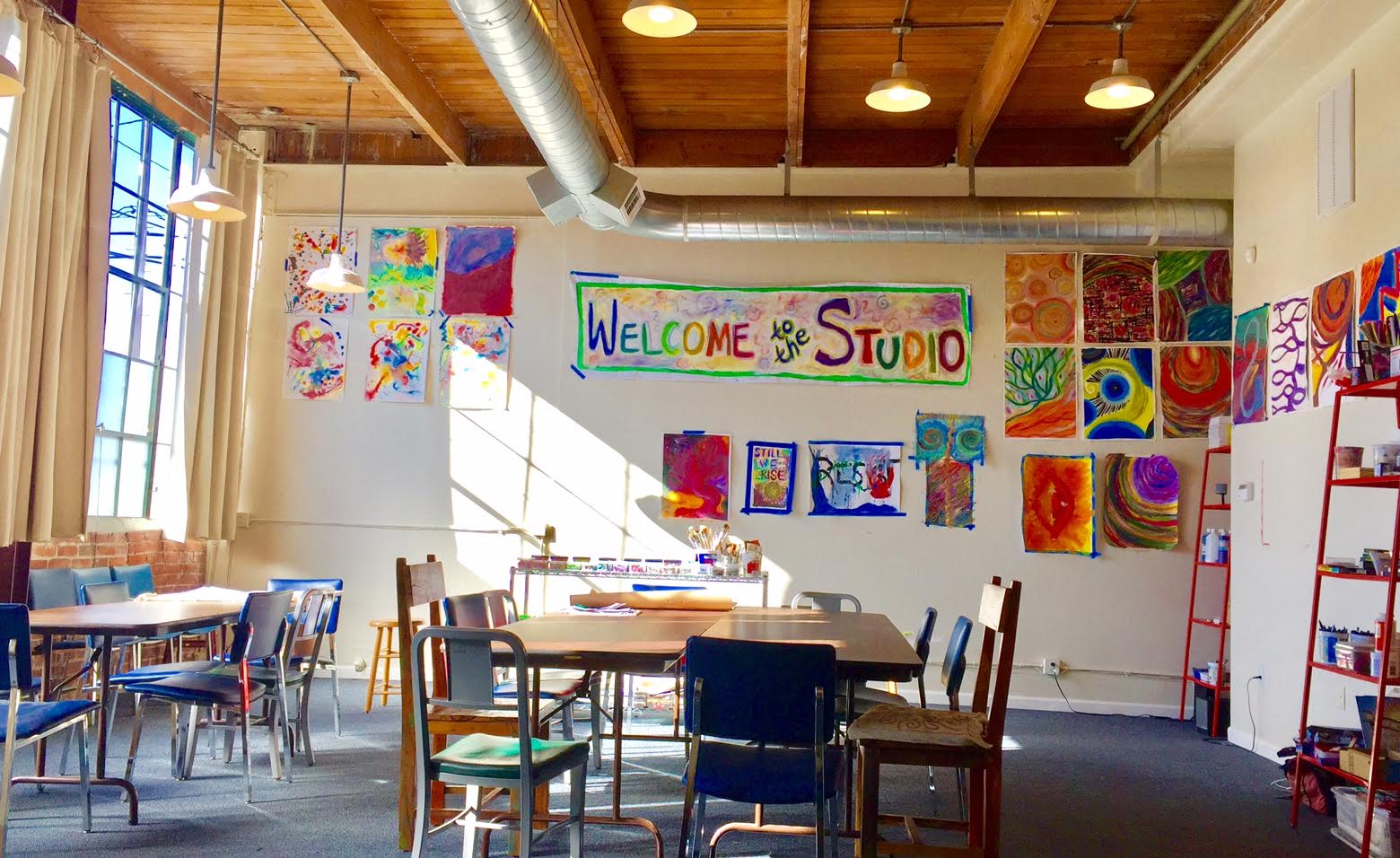