Passover shuts restaurants down for a week

Izzy’s Brooklyn Bagels in Palo Alto makes 4,000 bagels a day, and it also serves up sandwiches, salads and drinks — right up until it stops everything to close for Passover.

“Sometimes it’s like shutting off the engines of an airplane in midair,” owner Israel Rind said. “It’s stressful, but not really difficult.”

Other owners and managers at several area restaurants and bakeries echoed Rind’s sentiment as they spoke about the challenges of closing for Passover, which starts the evening of Friday, April 6.

Kosher restaurants that remain open during the holiday must clear out all hametz, or leavened, grain-based food, blowtorch their ovens, cover all cooking and chopping surfaces, switch out the plates and utensils, and in general go through such labor-intensive efforts that few choose to do so. In the case of a bakery or bagel shop, it would be nearly impossible.

Jonathan Wornick, a co-owner of Amba, a kosher Israeli vegetarian restaurant in Oakland, admits that closing for Passover affects the bottom line. “There is no question that losing a week of revenue is painful, but remember, we also close for other Jewish holidays, and we are closed on Friday night and Saturday, too,” Wornick said.

“That’s an unusual business model in an area that is not jam-packed with observant people, but what we lose on those days we gain in other ways, because any Jew can eat comfortably at Amba.”

Rind, who has closed for Passover all 16 years that Izzy’s has been in business, has developed a system. “A few days ahead, we start reducing all our deliveries so we will have no leftovers. That way, our small store will be empty, so we can clean it and do any needed maintenance,” he said. “It is tricky though, because we are always really busy right before Passover.“

Erez Knobler, the owner of the new Jerusalem Grill and Bar in Campbell, expects to see an increase in business just before the holiday begins, because Jews are paring down their own food supplies at home. Knobler anticipates a rush just after the holiday, as well. “People will be craving bread,” he said, adding that his restaurant, open just six months, is known for its hummus, served with pita.

Starting business back up after Passover has its challenges, too. “When Passover ends, the rabbi comes and we relight the fires and work through the night,” Rind said. “Everything starts new, fresh.” Rind’s flour deliveries generally resume a few days before the holiday is over. “We can’t touch it, of course. It doesn’t belong to us until after Passover ends.”

Though restaurant and bakery owners often make time to clean and update their establishments over Passover, they don’t typically remove hametz ahead of time. They sell it or give it away, either with a rabbi’s personal assistance or online, to a non-Jew for the duration of the holiday, in a practice called mechirah. Often, the items are covered and placed in a locked closet, cabinet, basement or garage.

Rabbi Moshe Elefant, chief operating officer of the kosher division of the Orthodox Union, based in New York, explained it this way: “A fundamental rule of Passover is that Jews are not allowed to eat, manufacture or own hametz. Technically, if you own anything that’s hametz, you must dispose of it, burn it the day before Passover. But if you are Jewish, and you own a store, and you stock of lots of foods that are hametz, that stock may be very valuable. So what do you do?”

Elefant continued: “Hundreds of years ago, many Jews were in the liquor business. What was instituted was this practice of selling hametz to a non-Jew. The terms of the deal are that the non-Jew leaves a deposit and has nine days to pay the balance. Traditionally, the non-Jew does not pay the balance, and the deal is off when Passover ends.”

Miri Levy, the owner of Holy Land Restaurant in Oakland, takes the closing, the financial loss and the reopening all in stride. “Closing for Passover is a big deal financially, but it is a good opportunity to clean the place, do some remodeling and do what else needs to be done that we usually don’t get to,” Levy said. “Reopening is not hard. We know what we’re doing. The food here is always fresh, homemade — we cook everything daily.”

Bob Jaffe, who has owned the Grand Bakery in Oakland for 14 years, says he and his staff have to “work like crazy to get going again.” His retail customers understand he might not be up to speed the first day. “It’s the wholesale customers who can make it more difficult when you’re closed. Sometimes I lose my shelf space at groceries, where other vendors may take over,” Jaffe said.

Still, Jaffe looks forward to the time off. “Every other holiday, I don’t get to the Megillah readings or candlelightings because I am making bread,” Jaffe said. “Besides, when we close for Passover, we also make improvements. I got new ovens one year, and this year I’m getting a new drop ceiling.”

When this Campbell restaurant reopens after Passover, it expects customers who will be “craving bread” after so many days without. photo/courtesy of jerusalem grill and bar

Knobler, at the Jerusalem Grill, and Yuval Mizrachi, manager of the Sabra Grill in San Francisco, are planning trips to Israel to see family over Passover. Irving Greisman, the owner of Irving’s Premium Challah, a wholesale bakery in San Francisco, looks forward to spending time at home with his wife, children and grandchildren.

What about the employees at these businesses?

Mizrachi sums up: “We’ve been in business for 16 years, and we have always closed for Passover,” he said. “Our employers and customers understand why we close — most of them are religious people who keep kosher.” 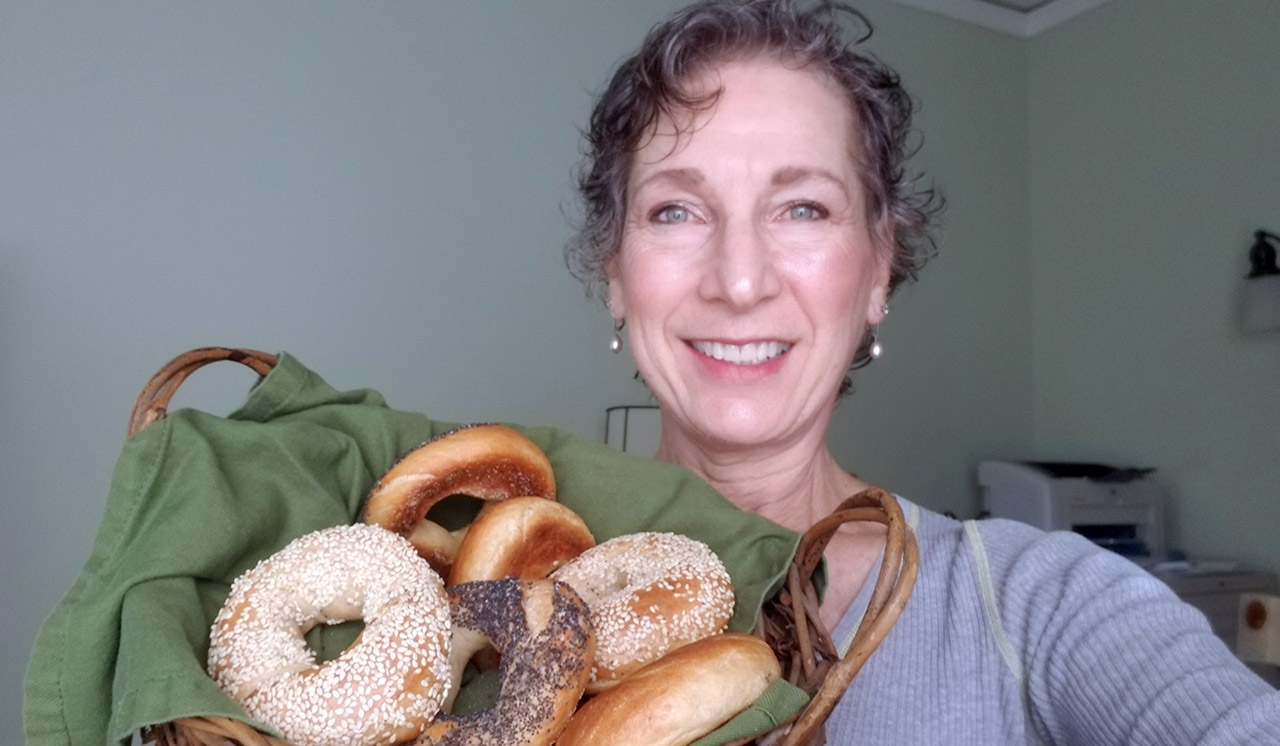