Put Jerusalem on your dinner plate

On my Rosh Hashanah dinner table last week were two new dishes I’m still thinking about: stuffed eggplant with lamb and pine nuts, and a baby spinach salad with dates and almonds.

These were was no ordinary dishes. Tomato paste, paprika, cumin and cinnamon were added to the lamb, which was then cooked in eggplant sitting in a tamarind sauce. And for the salad, dates and thin slices of red onion were left to macerate briefly in white wine vinegar, and the almonds were lightly sautéed with sumac, a tangy, Middle Eastern spice.

If your mouth is watering, you need to get a copy of “Jerusalem: A Cookbook”— as I believe my dinner guests will be doing. You also can meet the author-chefs, Yotam Ottolenghi and Sami Tamimi — and taste their food — at some appearances in the Bay Area next month.

Ottolenghi made a huge splash in America last year with “Plenty: Vibrant Vegetable Recipes from London’s Ottolenghi,” which made numerous cookbook “best of” lists and was a New York Times bestseller. But in England, where he has spent his adulthood, virtually everyone knows his name, associating it with vibrantly flavored Mediterranean food. The Israeli-born chef, of German and Italian Jewish descent, first moved there to attend culinary school, and stayed, going on to open several restaurants.

And in a story that most likely wouldn’t have happened at home, his business partner and co-author, Tamimi, is Palestinian. Both were born in Jerusalem in 1967, months after the city’s reunification, and grew up in different parts of the city. Both are gay, though they are not a couple.

When they met in the 1990s, they were aspiring chefs in London, and with Hebrew as a common language, a fast friendship developed.

“Coming from the same place, and our passion for cooking and eating, played a big part in forming the bond,” Tamimi wrote by email.

After the success of “Plenty,” someone suggested to Ottolenghi that he investigate the food of the city that shaped him. “It made total sense,” he said.

And he immediately asked Tamimi, who had co-authored “Ottolenghi: The Cookbook” with him, to sign on.

Said Ottolenghi: “We both haven’t lived in Jerusalem for over 20 years, and, in a way, haven’t thought much about it and its food. But this is also the place that shaped us and made us who we are. Going back and investigating the food of the city was a slightly sentimental, nostalgic project, but was also a way of telling a story about the food in a part of the world that we love so much and are so inspired by.”

Ottolenghi made several trips back to Jerusalem and met various people, particularly older women who had been cooking the same recipes for generations. Tamimi does not return home as often as Ottolenghi does, but in his case, he tried his best to duplicate his mother’s recipes.

“People who know me always hear me talking about my childhood food and my mother’s cooking,” said Tamimi, whose mother died when he was 7. “My mother’s cooking inspired my cooking throughout my career. It was a fascinating journey down memory lane, but trying to create recipes from memory was sometimes challenging.”

One of his favorites of his mother’s recipes is “Na’ama’s Fattoush,” an Arab salad that uses dried flatbread mixed with chopped tomatoes, cucumbers and radishes. His mother’s version used a kind of homemade buttermilk, and she didn’t fry her bread, which sets it apart from routine versions of the popular Arab salad.

Ottolenghi also contributes some family recipes, though the classics from the Ashkenazi cannon are only marginally introduced. When they are, for example, a modern version of tsimmis, the sweet carrot and prune dish, is re-imagined as roasted potatoes with prunes bathed in a caramel sauce.

In the introduction to the book, to illustrate the melting pot that is Jerusalem, the authors write about how both sets of their parents made a type of couscous dish that was more similar than not.

And in a section called “A comment about ownership,” they discuss how trying to determine whether a dish like hummus was actually Arab or Jewish first is completely futile. While the ubiquitous chick-pea spread “is undeniably a staple of the local Palestinian population, it was also a permanent feature on dinner tables of Aleppine Jews who have lived in Syria for millennia and then arrived in Jerusalem in the 1950s and 1960s.”

Their conclusion: “Who is more deserving of calling hummus their own? Neither.”

“The book isn’t making a political statement but we can’t ignore the situation in Jerusalem, the fact that it is, in so many ways, still a divided city,” Ottolenghi said. “We believe that, at the end of the day, food is a basic common ground that everybody could share. Unfortunately, this hasn’t happened yet, but perhaps it will, one day in the future.”

SMALL BITES: Since we last wrote about Whole Spice (“Crazy for cardamom,” June 24, 2010), an Israeli-owned company based in Petaluma with a retail store in Napa’s Oxbow Public Market, the operation has been branching out in a major way. It is now making spice blends for Williams-Sonoma’s private label. Whole Spice is also providing blends for a number of Napa wineries, for restaurants and for Golden Gate Meat Co.’s house-made sausages. Some of the blends can be found at the East Bay specialty store the Pasta Shop.

But while they are doing more and more with restaurants, the owners still like catering to the adventurous home cook.

The “master blender” of the Whole Spice team is Ronit Madmone, who uses her palate and intuition to come up with the flavor profiles. After having lunch at the Novato home she shares with her husband and business partner, Shuli Madmone, I can testify that the couple’s shwarma blend, which has turmeric, coriander, cumin, roasted garlic, cardamom, allspice, white pepper and sea salt in it, was out of this world when cooked with chicken. Shuli also sprinkles sumac (as does Ottolenghi, above) on his chopped Israeli salad.

The couple are constantly coming up with new blends; a weekly recipe column they write in the Napa Valley Register is “very demanding,” Ronit said. While Shuli’s roots are Yemenite (his father was in the spice business, too), and Ronit’s are Moroccan, she didn’t grow up cooking at all. “I’ve grown with the business,” she says. “I enjoy being part of the new trends of flavors.”

Vegetable of the month: Eggplant

It’s amazing to me how many people think they don’t like eggplant. Then they try it a new way, have an “aha” moment, and their opinion changes forever. That’s because the vegetable, which comes from the nightshade family, is so versatile. It is also, not surprisingly, one of the most featured vegetables in the new cookbook “Jerusalem.”

As anyone who has been to Israel knows, eggplant can be found in numerous spreads and cooked with tomatoes. The French have their ratatouille and the Italians their eggplant Parmesan, but in “Jerusalem: A Cookbook,” in addition to the lamb-stuffed eggplant, there are recipes for three different spreads; eggplant stuffed with bulghur and yogurt; spiced yogurt in the Palestinian stew maqluba (upside down) in which meat and vegetables and rice are all cooked together and flipped upside down; and sabih, an Iraqi Jewish street food that incorporates fried eggplant slices with chopped salad, eggs and tahini. 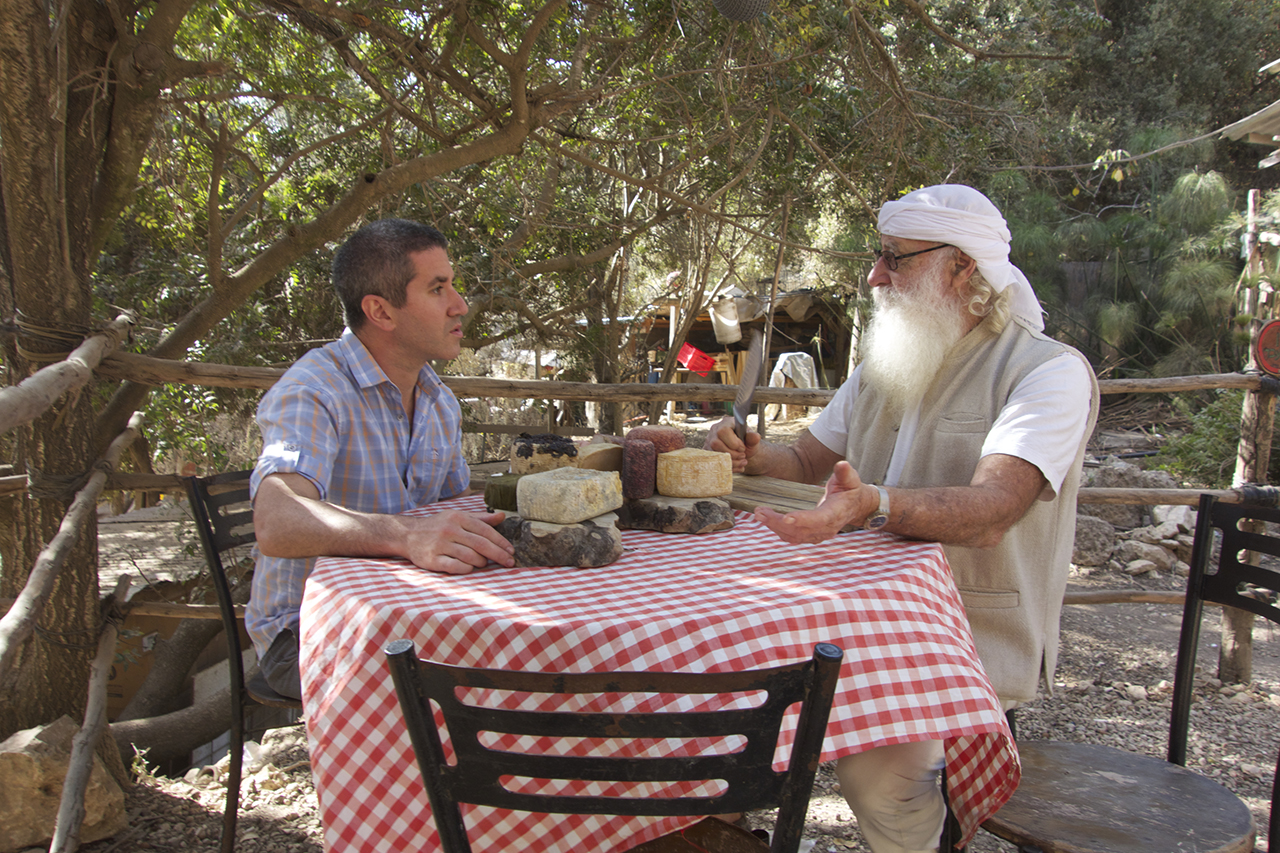