Beaming from the bimah, a bat mitzvah for the ages

When I turned 13 in the ‘60s, girls typically didn’t have bat mitzvahs. Of course, my mother, Phyllis Moldaw, and her generation also lost out, so in October, when my mother and I enrolled in Congregation Emanu-El’s adult bar and bat mitzvah class — called an Anshei Mitzvah — we were breaking personal ground.

Whose idea was this, anyway? I thought, many times, as the songs and prayers piled up for the May ceremony. Well, it was my idea — formed three years earlier in a hospital chaplaincy program I started two years after my father’s death from cancer. In the hospital I met Christian chaplains and patients whose profound faith moved me. Growing up, my family’s Jewish practice consisted of synagogue twice yearly for the high holidays, Hanukkah, a quick Passover, and obligatory Sunday school for my sister and me. Now, I wanted more.

I forged a plan to delve deeper into Judaism. I studied Torah and Jewish thinkers in Congregation Emanu-El’s adult learning program. I met with rabbis, attended services at synagogues throughout San Francisco, and joined a Torah class. The Anshei Mitzvah would be public testament to my Jewish learning, a diploma of sorts.

My mother’s rationale was more lighthearted and had nothing to do with Judaism. “How could I say no when my daughter asked?” she explained.

Neither of us had considered the amount of work: learning Hebrew, memorizing Saturday morning prayers and songs, chanting solo from the Torah scroll without benefit of transliteration. While no one “failed,” it was a public performance, with unnerving potential for humiliation.

“Can you believe your mother?” everyone said. “At her age.” The truth was, asking my mother had been Emanu-El Cantor Roz Barak’s idea. Sometimes I wanted to snap back at the admirers, “What about me? At 60, I’m no spring chicken. How about some kvelling for me?” But I never did. Let my mother get the attention, I thought. She was 85 — who gets a bat mitzvah in their 80s? Most of our 16-member class was middle-aged.

Lessons were held in our synagogue’s cozy library Sunday mornings, with Barak presiding. For months, my mother said, “I pass,” or “I’m just observing today,” when called on. She drove to class from her home in Atherton, about an hour away, and usually arrived late. Most of us were in jeans or some form of dishevelment; my mother was elegant in wool slacks, a sweater, a light cashmere shawl or silk scarf, and nice jewelry. She has trouble walking and hobbled in, finding me by the door, sitting at one end of the long oval table. She put her tote on the table and drew forth a disorganized stack of papers and a laminated sheet with the Hebrew alphabet, piling everything at her place. Then she got coffee and a bagel. She took notes in perfect longhand on white notecards that she stuffed into her tote at the end of class.

“Don’t worry about her. She’ll be fine,” said Barak, who peppered us with Yiddish jokes, Hebrew grammar and the Saturday morning prayer service during class.

One day, at lunch after class, my mother confessed that she had fallen behind in the first month because she’d forgotten that Hebrew letters were read from right to left.

I stabbed my lettuce and forced an understanding smile. If I hadn’t been her daughter, I probably would have thought she was adorable, as one of my friends had recently exclaimed. Instead, I groused inwardly about my intelligent mother’s ditzy self-image.

By January, she still didn’t know the full Hebrew alphabet. Most of the rest of us had mastered the letters and were chugging along. Crack a book, I thought.

In February, the cantor pulled me aside while my mother was gathering her things.

“I have a tutor for your mother.” She handed me a piece of paper. “His name is George.” “I had a Hebrew tutor when I was a girl,” my mother said when I gave her the tutor’s name and number at our now weekly post-class lunch at a nearby restaurant. “I stopped after one lesson. He had bad breath.” In her hometown of Portland, Maine, her family was one of several hundred Jewish families.

“So that was it?” I took a sip of water. “Your parents didn’t find another?”

“That was it.” She stuffed the note with the tutor’s information in her tote and took a bite of her salad. Later that week, she got a cold and missed next Sunday’s lesson.

At the beginning of March, our entire group began to quietly panic. I upped meetings with my study partner from once weekly to twice. The class scheduled practice sessions before and after Sunday lessons. I installed my Torah portion on my phone and began chanting in the shower, on walks, in the car, and sometimes on the elliptical machine in the gym, my lips silently moving. What had I been thinking, making a public avowal of Judaism? By now, my main concern was to not fall flat on my face in front of family, friends and the assembled congregation.

“You know, you don’t have to do this,” I told my mother at lunch. If this experience was overwhelming for me, what about her? An hour commute to class every Sunday. Studying during the week. She also had thrice-weekly physical therapy, a full schedule of social events, doctor’s appointments, bills to pay and financial decisions — new since my father’s death.

“I’ll be fine. George is really helping me,” she said.

“The tutor. He’s wonderful. I’m going three times a week.” She nibbled at her bread. “I want you to be proud of me,” she said.

I smoothed the napkin in my lap. Her desire to please annoyed me at times — recalling mistakes I’d made, stemming from the same impulse and hard-fought battles to strengthen my sense of self. Now, I just felt tender. What a champ she was, going along with my idea.

I patted her hand.

The night before the Big Day, my mother and I met our group for the final rehearsal. We stood at the base of the grand marble staircase leading to the ark that held the synagogue’s sacred scrolls.

The group began a procession up the stairs; we were last in line. My mother hunched over, clutching the railing and breathing audibly. She placed one foot on the step ahead of her and then hoisted the other foot to meet it. I inched up, staying close behind. I heard my mother mutter, “lift, straighten,” as she readied herself for the next move. And then she lost her grip, gave a sharp, tiny, “oh!” and started to sway. First to the left, then to the right, now she was lurching backward! I caught a glimpse of her terrified expression as I reached out to catch her, wobbly myself in heels. Last year she’d toppled us both on New Year’s Eve when she’d stumbled over cables duct-taped to the ground on a broad Hawaiian lawn. Five years before she’d slipped in her kitchen and broke her femur bone. Now, she grabbed the railing and steadied herself, trembling. Holding the rail, she turned her head to look at me.

“I think I’ll stay at the bottom,” she said.

“Good idea, Mom.” I let out a breath, marveling at her forbearance.

After that, she flubbed some of the Hebrew when we practiced one last time.

“I should have studied more,” she whispered when she sat down.

I leaned toward her. “It’ll be OK,” I said, but I was worried. Her enormous effort was more than enough for me. I’d kick myself if this experience brought her anything but happiness and a sense of accomplishment.

The next morning, our class met before the service. We stood in a group huddle with Rabbi Jonathan Singer for a pep talk, our arms around each other. “It doesn’t matter how well you do,” he said. “You showed up. You studied. You cared enough to try. That’s what matters.”

I sneaked a look at my mother. She was listening, nodding her head.

The service began. My mother and I sat next to each other with the rest of the group in a line that stretched across the bimah. My three adult sons were here. My sister had traveled from Santa Fe, New Mexico. My partner (soon to be husband), numerous friends and congregants filled the sanctuary, maybe 300 in all.

Finally, it was my turn to read from the Torah. I took the silver yad (pointer) from the cantor, carefully found my place on the parchment page — dense with its fine mesh of Hebrew letters — and began to chant.

I wasn’t prepared for the joy I felt reading Hebrew from the scroll, how effortless it seemed after the months of preparation — one more step in lifelong Jewish learning, and not, as I had first thought, a badge of completion.

It was over in a minute.

Then it was my mother’s turn. She rose to the podium. Cantor Barak leaned in close. Beaming, my mother chanted her portion. Maybe Barak helped a little — she’ll never say. My mother returned to her seat with a big smile. She’d come through.

“Dad would be so proud,” she said, meaning my father. I knew it wasn’t because he was deeply religious, but simply because he loved her.

I took her hand and we glowed.

Susan Moldaw lives in San Francisco and works as a chaplain at Congregation Emanu-El in San Francisco. Her writing has appeared in Brain, Child Magazine, Literary Mama, Lilith, Narrative, and the anthology tell me again. She and her mother celebrated their b’nai mitzvah in May 2014. 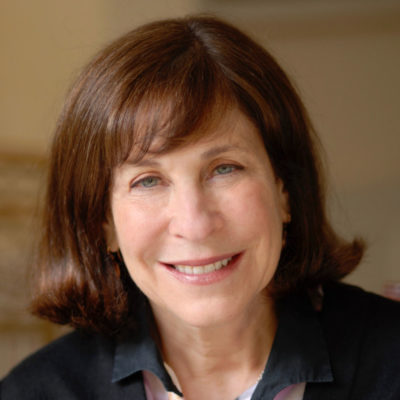 Susan Moldaw is a gerontologist and writer living in San Francisco.