I’m an Israeli woman, and I’m not surprised by the Ari Shavit allegations

When reporter Danielle Berrin’s accusations of sexual assault came out about the Israeli journalist Ari Shavit, I could almost hear an audible gasp from men expressing a sense of disbelief, and, for some, an eagerness to brush it off. Perhaps she misremembered it, a male acquaintance of mine suggested.

For most women, however, these allegations were anything but surprising — as Berrin herself knew full well before coming out with the allegations. “Millions of women and girls worldwide are victims of sexual assault and worse. This is not about any one man; it’s a form of systemic oppression,” she tweeted.

Berrin accused Shavit, the author of “My Promised Land: The Triumph and Tragedy of Israel,” of pushing himself on her, grabbing the back of her head and trying to kiss her in a hotel lobby. That is textbook sexual assault.

Shavit’s response? He said he never for a moment considered the incident sexual assault and apologized for the “misunderstanding.”

His statement wasn’t an apology; it was gaslighting. Shavit was saying, “I’m sorry you feel this way,” not “I’m sorry for what I did.” It is not an admission of guilt, it’s an attempt to brush off this unpleasant “incident.”

And it was painfully familiar to so many women who have dared to speak out about sexual harassment and assault. “Are you sure you remember it right?” “Are you sure it’s really what happened?” As if only accusers could possibly have faulty memories, as if there is anything pleasant about making up violent, scary events in their past.

When accusations come out about politicians and high-ranking figures in Israel, they are rarely met with an apology. Firm denials are the norm. Consider if you will:

• President Moshe Katzav is accused of rape and sexual harassment by at least 10 women. He is indicted for sexual harassment and sentenced to jail, highly unusual. To this day, however, Katsav refuses to admit guilt despite overwhelming evidence. His brother calls the accusations “blood libel.”

• Silvan Shalom, a Likud Knesset member, cabinet minister and deputy prime minister, is accused of sexual harassment by 11 women in 2015. He resigns from public life, yet never admits his guilt, saying the allegations caused him “torment.”

• Yinon Magal, Jewish Home party member of Knesset, is accused of sexually harassing a former co-worker. In response, he calls his explicitly sexual overtures “words said between friends.” Magal begrudgingly resigns from public life but never admits to any wrongdoing.

• Oren Hazan, another Likud Knesset member, is accused by his former employees at a Tel Aviv bar of rubbing himself against them, grabbing them and exposing himself. Hazan denies the allegations and says he was unfairly used as a “punching bag.”

Israel’s macho and militaristic culture is often cited by victims of sexual assault and their advocates. The dozen of sexual harassment and assault accusations against a certain Republican candidate for president, however, suggest the problem is hardly Israel’s alone.

Ari Shavit called the incident with Berrin “courtship.” But these events seem to have nothing to do with flirtation or romance. Most men in a position of power know that and bask in their sense of self-importance. Shavit — a senior, celebrated author meeting with a younger colleague just doing her job — never acknowledged that dynamic in his “apology.”

But Berrin’s piece made it clear that that she clearly felt this power dynamic, of walking out on an interview with “someone so prominent.” Even as she fled Shavit’s attempts to “pull and paw at me,” she remembers thinking, “Don’t insult him. Don’t embarrass him. He’s important.”

We cannot verify each detail, but I have been hard-pressed to find a woman who has never been sexually harassed. A popular Israeli Facebook page called “One in One” alleges that every single woman in Israel has experience sexual harassment in her lifetime.

I have been cat-called with words too vile and violent to ever be repeated, rubbed against in subway cars, have had body parts grabbed, had men who were in positions of power use suggestive and disturbing sexual language. And yet, like Danielle Berrin, I consider myself “lucky” because I have never been raped and attacked. Yet I have never confronted any of these men.

And overwhelming evidence proves how hard and painful it is to come out with these allegations, judging by the Twitter feeds and the comments sections of the women who have made allegations against prominent men.

Berrin’s story is a chance for self-reflection, especially for men and women in positions of power in the Jewish community, but also a chance for all of us to make sure that we fully understand the definition of sexual assault. And Berrin’s bravery should inspire us to not let these incidents slide anymore.

Lior Zaltzman is the digital fellow at the Forward. This piece was originally published by JTA. 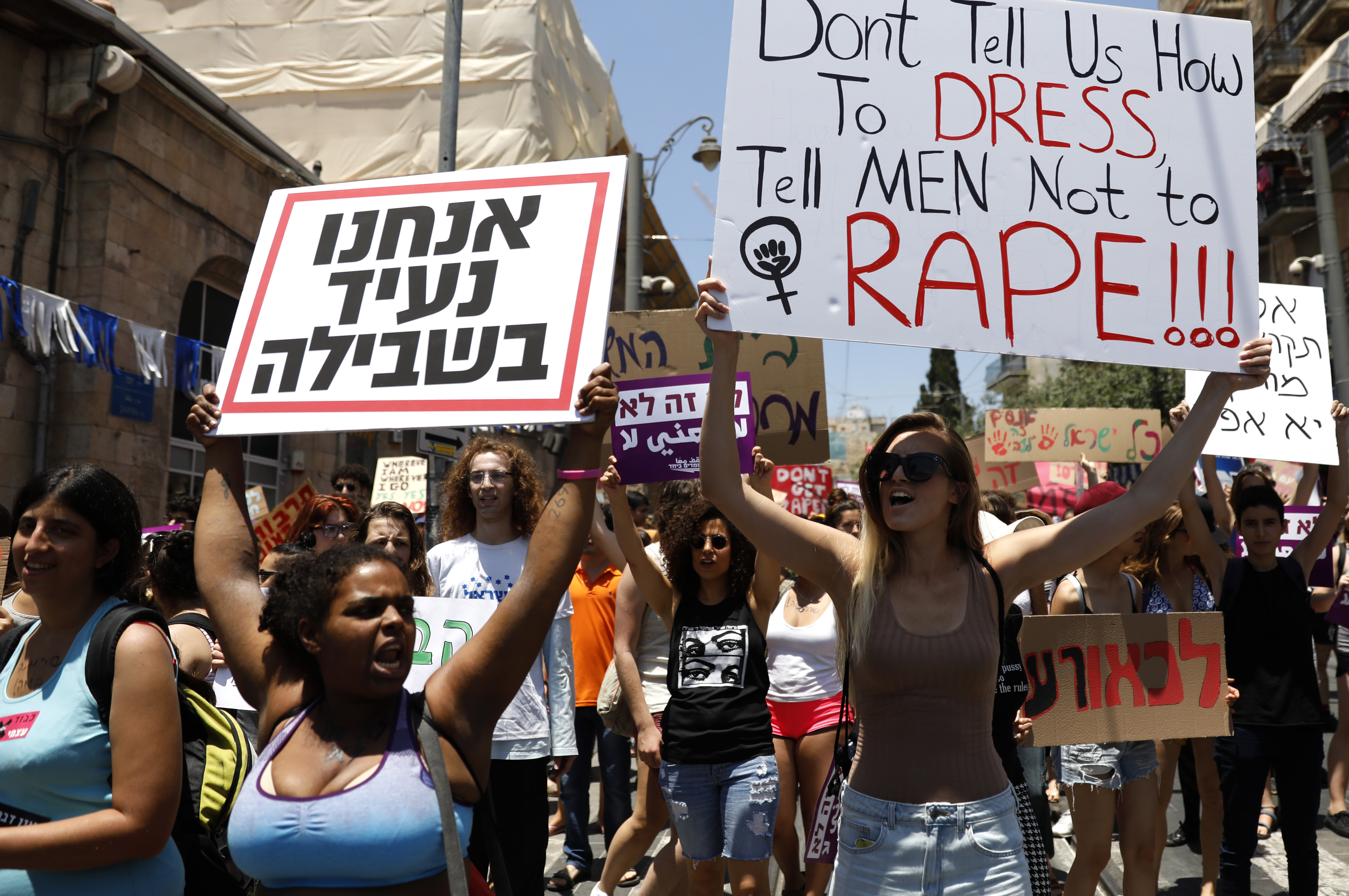