Netanyahu calls for regional approach to peace, Trump can ‘live with’ single state

Meeting with President Donald Trump, Israeli Prime Minister Benjamin Netanyahu called for a “regional approach” to making peace with the Palestinians and other Arab countries in the Middle East.

At a Feb. 15 White House news conference with Trump, Netanyahu said it was one of the new approaches he was looking at to achieve peace.

“I believe the great opportunity for peace comes from a regional approach, from involving our newfound Arab partners in the pursuit of a broader peace,” Netanyahu said prior to a scheduled lunch and private meeting with the president.

Trump lauded the “value of all human life” shared by the two nations, and said he will “do more to prevent Iran from ever developing, I mean ever, a nuclear weapon.”

Netanyahu praised Trump for challenging Iran on its violations of the nuclear deal, saying the president has “shown great clarity and courage in meeting this challenge head on.” Later, he said in indirect criticism of Trump’s predecessor, “I think it is long overdue.”

Trump appeared taken aback by Netanyahu’s mention of the regional approach, adding that “we” had been discussing the possibility for awhile and that it would “take in many, many countries.”

“I didn’t know you were going to be mentioning it, but now that you did, it’s a terrific thing,” Trump said.

A regional approach posits that in place of or in addition to direct talks between the Palestinians and the Israelis, the sides would seek help from neighboring Arab states to create an opening for peace. In recent weeks the Trump administration has been suggesting it might emphasize this approach, even as it said a two-state solution was not a necessary outcome of peace talks between Israelis and Palestinians.

We are going to do everything in our power to stop long-simmering racism and every other thing that is going on.
— President Donald Trump

Trump said both sides would have to “show some flexibility” and “show that they are willing to make a deal.” He also said he would like to see Israel “hold back on settlements a little bit,” but added: “We’re gonna make a deal.”

Earlier this month, the White House surprised many observers by saying settlement expansion “may not be helpful” in achieving peace, tacking closer to the policies of Trump’s immediate predecessors than he indicated he would during the campaign.

Asked whether he favors a two-state solution or one state, Trump responded, “I like the one the two parties like … I can live with either one.”

Netanyahu said his views have not changed since his 2009 speech at Bar-Ilan University in which he announced his support for a Palestinian state, but that “labels” have overshadowed the “substance” of a peace between Israel and the Palestinians.

He said a peace deal must include Palestinian recognition of a Jewish state and measures to assure Israel’s security, including security control over the area west of the Jordan River.

At the beginning of his remarks, Trump called Israel “the symbol to the world of resilience in the face of oppression” and “survival in the face of genocide,” in an apparent reference to the White House statement last month for International Holocaust Remembrance Day that did not mention Jews specifically.

Asked by an Israeli reporter about the rise in anti-Semitic incidents during and after his campaign and whether his campaign bears some responsibility for a rise in “xenophobia,” Trump pivoted to say he was “honored” by his victory in the election, and that “we are going to do everything in our power to stop long-simmering racism and every other thing that is going on.”

Trump promised that “you guys are going to see a lot of love,” and acknowledged his Jewish daughter, son-in-law and three grandchildren. Ivanka Trump and Jared Kushner sat in the front row of the news conference with Trump’s wife, Melania, and Sara Netanyahu, the wife of the prime minister.

The news conference ended with Netanyahu saying of Trump: “There is no greater supporter of the Jewish people and the Jewish state.” 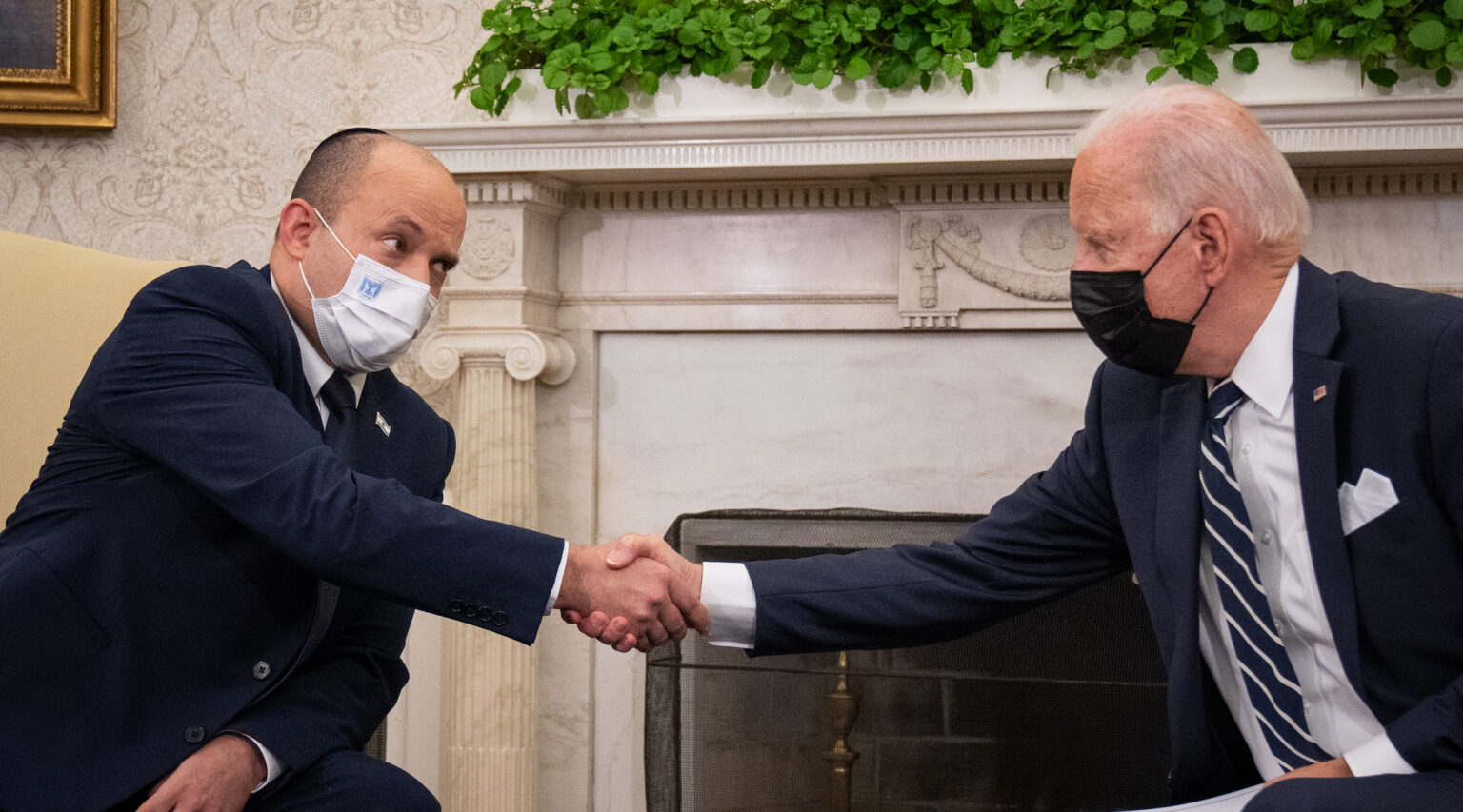