Why don’t Jewish entities invest more of their money in Israel?

Jewish foundations and federations effectively boycott investments in Israel. This strange phenomenon, while unintentional and seemingly preposterous, is true.

Worse still, Jewish endowments actually invest more in Qatar, a primary funder of Hamas, than in Israel. Yet these very same organizations also fund Israel advocacy and efforts to combat BDS, the effort to delegitimize Israel through boycotts, divestment and sanctions.

How did this bizarre turn of events come to be and what can be done about it?

Speak to any investment committee member of a Jewish endowment about the connection of their organization’s mission and the endowment, and they will give you one answer. The endowment should seek to maximize income in order to maximize grants. Granting philosophy should be wholly separate from investment policy, they say. As one committee member put it, our hearts shouldn’t override our brains when it comes to investing.

Based on the current approach, Jewish endowments rely on the advice of investment consultants alone. These consultants generally recommend the asset mix, investment managers and securities custodians.

As a practice, investment consultants put all the endowments they manage into a small number of general conceptual buckets. These buckets are specific combinations of funds (whether indexed or not) chosen based on risk and return thresholds.

Israel is a small component of EMEA (Europe, Middle East, Asia and Africa), one of the indexes whose funds consultants usually recommend as part of any endowment portfolio. Since this index includes enormous markets that are weighted approximately proportionally, Israeli stocks are excluded by sheer statistical insignificance.

As for more actively managed investments, when a consultant is asked to evaluate an Israel investment opportunity specifically, they almost always find a reason to say no. Generally, this is not the case of malice. Rather it is because considering Israel requires time and money, Israel is perceived as controversial and no Jewish endowment is insisting.

When I have asked some consultants about Israel, I usually get a blank stare. After a few seconds of scouring their memory, they remember they have “looked” at a handful of Israel venture funds. But even with Israel venture capital, the consultants were quite late to the party — and, frankly, Israeli startups are too risky for many endowment portfolios.

To make matters worse, many social investment indexes exclude Israel. As a result, the typical Jewish endowment invests four times more in places such as Qatar, the United Arab Emirates and Pakistan.

The irony is that Israel is often a better investment choice than many of the countries that enjoy greater representation in the indexes. Israel has had superior performance during and after the worldwide financial crisis than have most countries. Israel also boasts a variety of well-regarded cash flowing businesses and middle-sized companies poised for growth. The stock of these companies may be risk/return appropriate for endowments. Jewish endowments should have been the first to spot these trends.

The problem can be fixed.

First, Jewish endowments should invest according to Jewish values. This is about more than Israel. Boards have to insist that the values of the organization are represented at the investment committee. This doesn’t mean accepting lower returns; studies have indicated that in some cases socially conscious investing provides superior returns, but in any event does not need to lead to lower returns.

Jewish endowments should not invest in funds including companies that cut down redwood forests or engage in blood mining. Nor should they choose investment funds that essentially boycott Israel. The entire board should ensure this in an annual review. This is not a problem of investing with the heart but rather of replacing the brain with blind faith in the advice of the consultant community.

Second, Jewish endowments should insist that consultants agree as part of their contract to review Israel-related investments.

This review must be part of the contract process to circumvent Israel’s de facto exclusion from larger indexes. Such a review doesn’t mean, however, that endowments should invest in every fund humming “Hatikvah,” regardless of risks. Rather, Israel funds should be given a fair look instead of being perfunctorily glanced at and rejected.

Requiring consultants to look at Israel investments could cost more, but only at the beginning. Once a consulting firm reviews a prospective investment for one client, it tends to consider and often recommend that investment for other clients. That is the benefit of general conceptual buckets. Jewish endowments should get on the right side of this curve.

There are about $90 billion in endowment funds in Jewish organizations across the United States. No more than a small handful by number — and even a tinier proportion by assets — has taken any meaningful action to align their values with their investments. If an organization is against BDS, they should not at the same time be effective boycotters of Israel.

As the saying goes, it is time to put your money where your mouth is.

This essay first appeared in the New York Jewish Week and is reprinted with permission. 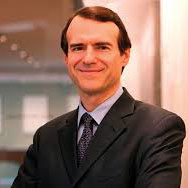 Scott A. Shay is co-founder and executive chairman of Signature Bank and chairman of the investment committee of the Elah Fund, a private equity fund that invests in Israel.