The time for working with AIPAC has passed

Last week, close to a thousand young Jews marched outside the AIPAC policy conference, singing in Hebrew and English. The protest was organized by IfNotNow, a grassroots movement led by young Jews calling for an end to our community’s support for the occupation. Our message was simple: When you continue to support 50 years of occupation, you do not speak for the American Jewish community.

We decided to demonstrate against AIPAC because no American Jewish institution has done more to support the occupation. For a long time, AIPAC has lobbied for pro-Israel-at-all-costs politics — whether working to undermine the peace process, or lobbying to support the Israeli settlement enterprise. As J. pointed out in its March 31 editorial, “AIPAC: Not as monolithic as IfNowNot protesters believe,” it is true that AIPAC is not a monolith. (It’s hard to find anything that is.) Though Democratic Party leaders like Sen. Kamala Harris and House Minority Leader Nancy Pelosi (both of California) spoke at AIPAC’s conference, the net impact of AIPAC’s work is quite clear: presenting a continuous image of American Jewish support for occupation.

But AIPAC does not represent the majority of our community. While 71 percent of American Jews voted for Hillary Clinton, Trump received a standing ovation at last year’s AIPAC conference. Just recently, we learned that AIPAC donated $60,000 to the Center for Security Policy, one of the architects of President Donald Trump’s Muslim ban. AIPAC has also failed to speak out against the anti-Semitism of Trump’s administration.

So, why was IfNotNow in the streets? Why didn’t we register for the AIPAC conference, as J.’s editorial suggested, and try to change it from the inside? Many of us in the movement have worked for years within our community to create change behind closed doors. It wasn’t enough. After 50 years of occupation, the time for that work has passed. This moment is simply too urgent, the stakes too high.

For too long, the power brokers in our community have dismissed dissent as marginal or juvenile. This is unacceptable. We are taking direct action because we believe we cannot wait any longer. The occupation is a daily nightmare for Palestinians and a moral disaster for American Jews and Israelis who support and administer it. It denies the freedom of Palestinians, denies peace of mind of Israelis, and implicates Jews all over the world in a system of violence and discrimination.

During IfNotNow’s march, Jewish Defense League activists arrived explicitly to support AIPAC. Many members of IfNotNow watched AIPAC attendees express gratitude for the JDL’s presence. Soon after, JDL activists violently attacked a Palestinian protester and one IfNotNow member. The Palestinian man was badly hurt, and ended up in the hospital. AIPAC has yet to condemn the JDL’s acts of violence done in AIPAC’s name.

Our call in the streets for freedom and dignity for all people — Palestinians and Israelis alike — is also a call for our own liberation. We are here to fight for a Judaism that represents freedom, not oppression. Occupation, Islamophobia and anti-Semitism are all connected, as we can all see plainly in the conduct and policies of the Trump administration. We will not be free — or safe — until all people are free.

AIPAC has failed to offer moral leadership for too long, so we won’t register for its conference next year. But if members of AIPAC hear what’s true in our message — that the best way to protect Jews is to protect all people, including Palestinians — we welcome them to join us, singing in the deep prophetic spirit of our people: Olam chesed yibaneh — we will build this world with love. 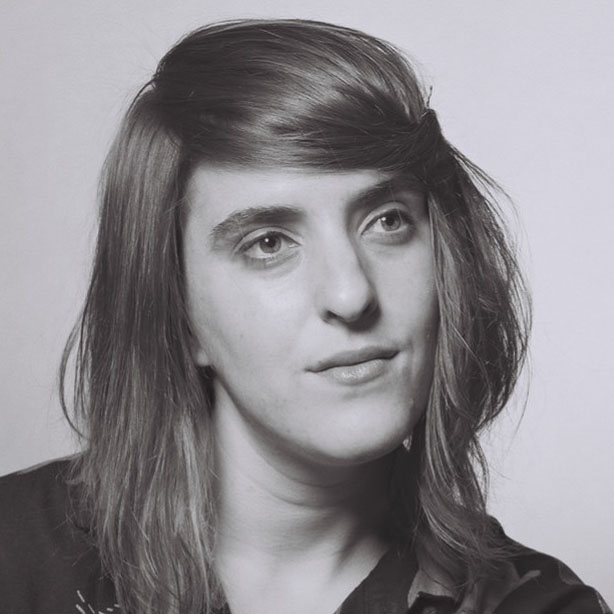 Penina Eilberg-Schwartz is a member of IfNotNow and a former intern at J. She grew up in Palo Alto and is currently working on a book about the life of Palestinian peace activist Sulaiman Khatib. 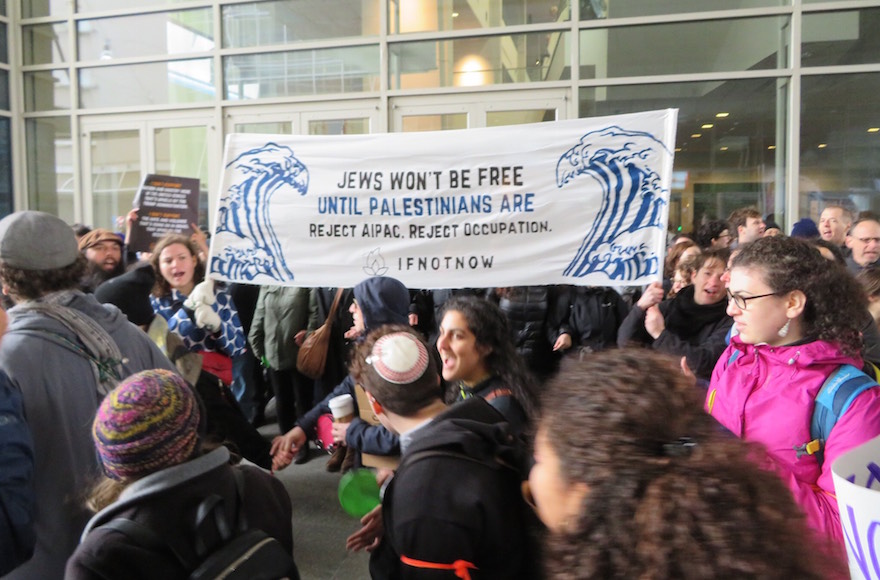