When Orthodoxy tilts to the women’s side

I would be lying if I said that my visit to CBI wasn’t at least a little motivated by the presence of Maharat Victoria Sutton. Sutton is the congregation’s director of education and community engagement. She is also a maharat, one of a small but growing group of women (there will be about 20 by the end of this year) trained and ordained to be Orthodox clergy by the New York-based Yeshivat Maharat. Maharat is a Hebrew acronym for “manhigah hilchatit, ruchanit, Toranit,” meaning a leader in Jewish law, spirituality and Torah (in other words, the job description of a rabbi). They are trained to do virtually everything Orthodox rabbis are trained to do. There are limitations in what parts of the service they can lead, but compared with more liberal streams of Judaism, that is a small part of the job of Orthodox clergy.

The appearance of maharats on the American Jewish landscape over the past decade has been fascinating to me. But speaking with Sutton, I got the strong sense that she does not want to be seen as a symbol of some greater trend. She wants to do her job and play the role she has chosen.

Whether she wants to be a symbol or not, one has to admit that an Orthodox synagogue makes something of a statement when it hires a woman as a member of its clergy.

The sanctuary of Beth Israel is homey, high-ceilinged and relatively small; with a little more than 100 people that morning, it felt full of life and community. Behind the bimah, which in many shuls is a wall of stained glass, it is mostly clear glass, letting in sunlight filtered through a row of trees. Rings of lights hanging from invisible wire seem to float in the sunlight. A small, understated splash of stained glass shows a glowing motif of pomegranates and flowers.

On either side of the bimah are two panes of frosted glass, each depicting a page of Talmud. On the men’s side, it is the first page of the first tractate of the Talmud, Berachot. On the women’s side, it is the last page of Niddah, the final tractate of the Talmud. (Niddah also happens to concern the “family purity” laws around menstruation, etc.) Sutton told me that these windows, flanking the Torah scrolls in the ark, “are meant to highlight the constant relationship between written and oral Torah.”

When the ark is open, the Torah scrolls are illuminated from behind by diffuse sunlight, a subtle, beautiful effect I’ve not seen before.

The building, which was completely renovated in 2005, was designed by members of the shul. With 250 members and families, it is the largest Orthodox congregation in Northern California.

On a Shabbat morning these days I’m generally doing one of two things: I’m at my synagogue, involved in leading the service; or I’m out doing something for this column, often on the occasion of an exceptional service. But the week of my visit was nothing special for Beth Israel. It was just another Shabbat. And if I learned anything from this outing, it’s that I need more low-key Shabbat mornings in my life.

Services like this one are light on music. There is ample time and space to give easily distracted daveners like myself the chance to read the words of the siddur with an intensity that’s often difficult to summon in the louder, more progressive services I frequent.

Like many Modern Orthodox synagogues the mechitza runs down the middle of the sanctuary, dividing the men (on the right) from the women (on the left). The mechitza itself is as lenient as it gets, a mostly transparent fence only a few feet tall.

Having been raised in a Reform community, I detest mechitzas. But communities like Beth Israel complicate my feelings on the issue. On one hand, men still visibly dominate the service; they read from the Torah, and they lead the prayers. On the other hand, knowing that CBI’s Rabbi Yonatan Cohen is away on sabbatical right now, my sense of the gender power dynamic inherent in Orthodox communities was upended. With Cohen away, the center of power was suddenly on the other side of the mechitza with Sutton. It reoriented the order that one expects walking into an Orthodox synagogue.

Though Sutton isn’t a rabbi per se, there was at least one woman rabbi in the room. I recognized her from the East Bay’s more Renewal climes. Evidently, she is a regular at Beth Israel. This community defies easy categorization; it is the perfect Orthodox synagogue for the Bay Area.

When the Torah service began, so did Sutton’s public role in the service. She stood up from her seat on the women’s side to announce what the Torah portion was, what page it was on, etc. At the end of the Torah reading, the hakafah (procession) first carried the Torah around the men’s side. Then the Torah was returned briefly to the bimah, and a woman picked it up to carry it around the women’s side. It then sat in the arms of one of the women during the Haftarah reading. When the entire Torah service was over and done, women returned it to the ark.

All in all, Sutton’s role in the service was quite small (even the sermon was delivered by a congregant), but that’s not unusual for Orthodox congregations. Liberal congregations would do well to consider how they could make their services less about their rabbis. The mainstream synagogues at which I’ve been a member — a Reform shul in Austin, Texas, and a Conservative one in South Orange, New Jersey — have been enriched by a deep bench of members who regularly lead services. This is common in Orthodox synagogues, but seen less in the liberal denominations, which is a shame.

During the announcements at the end of the service, members stood up to introduce guests. The man sitting next to me introduced me, and within minutes I had received several aggressively welcoming invitations to lunch — “No, come to my Shabbat lunch!” During this community’s crowded, lively post-service Kiddush noshing, their culture of welcoming was on display in force. If your congregation calls itself welcoming, a trip to Beth Israel might be in order to put things into perspective.

I doubt that I’ll ever be a regular at an Orthodox shul. But this is the rare one I would consider going to with any kind of regularity.

Beth Israel isn’t unique; there are other Orthodox congregations like this in America. But CBI is the only one of its kind here in the Bay Area. It’s worth a visit.

Jew in the Pew is a regular feature. Send tips about ritual and spiritual goings-on to [email protected]. 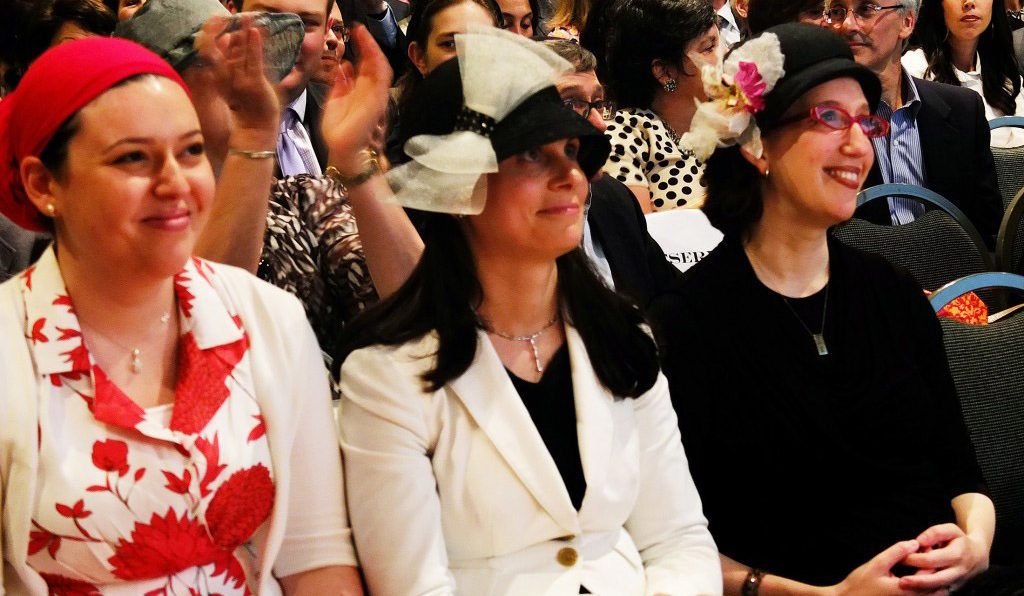 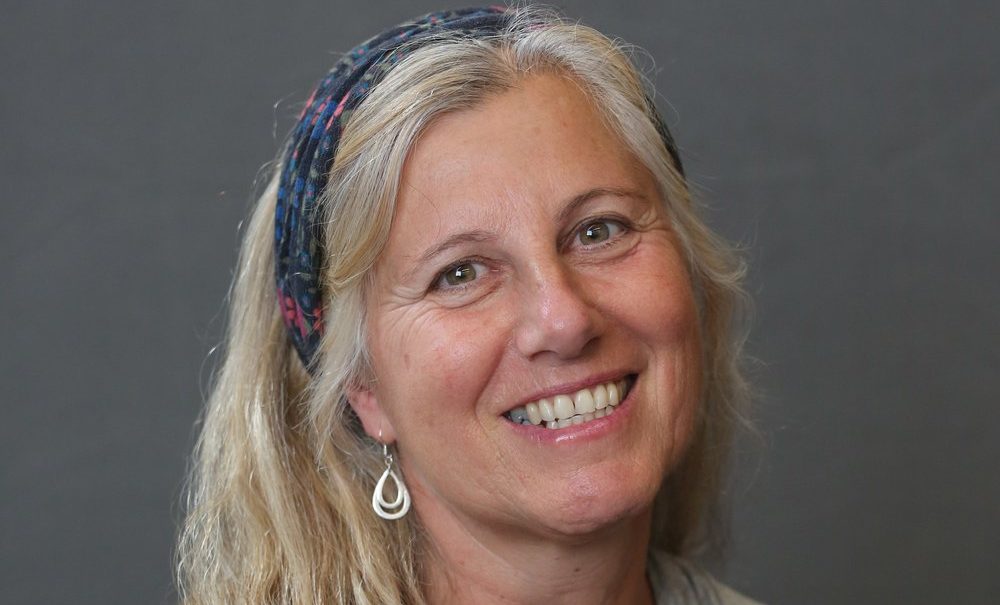 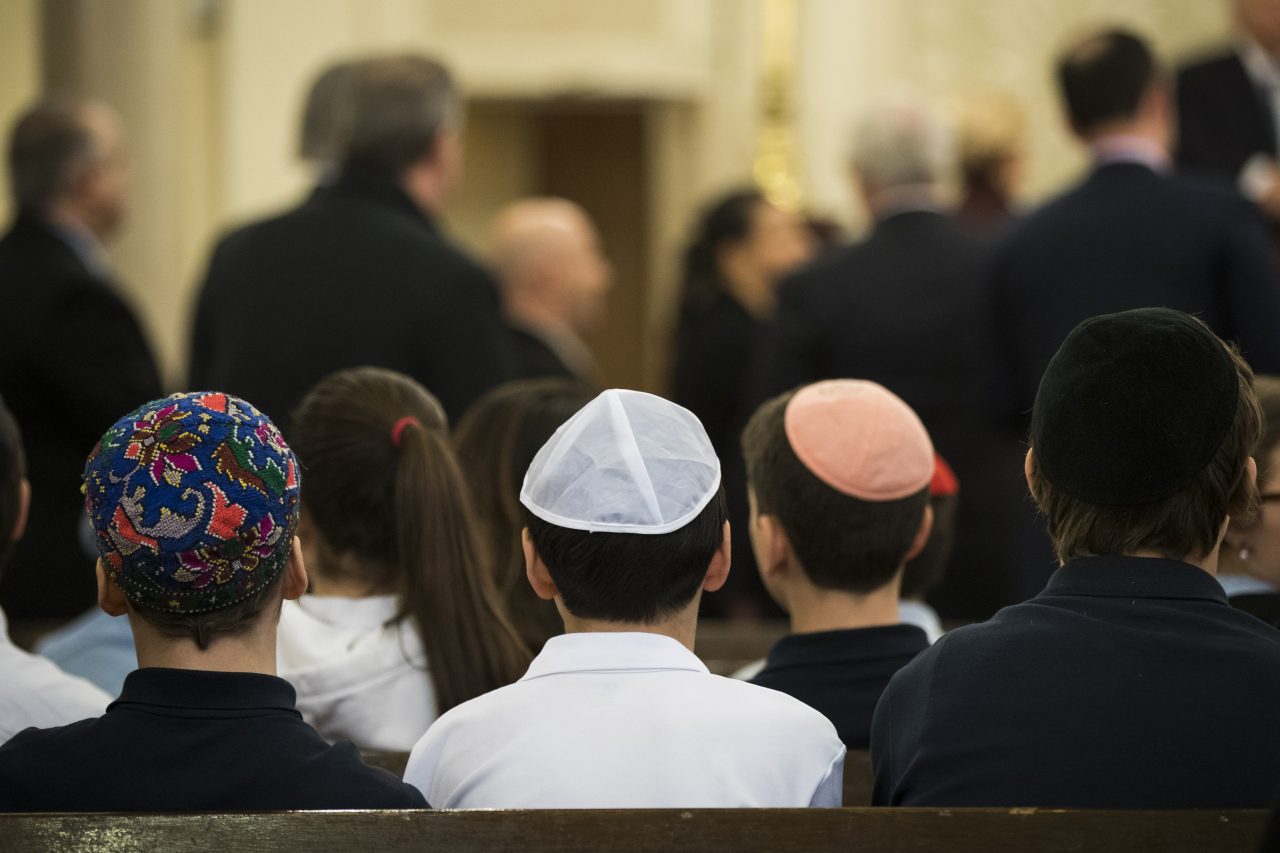