Despite claims, it’s Arab students under attack at SFSU

I am a member of Jewish Voice for Peace and a San Francisco State University neighbor who staffed a table at the Know Your Rights Fair, a February campus event from which the Jewish student organization San Francisco Hillel claims to have been excluded. My colleagues and I are troubled that concerns about the comfort level of Jewish students are being misused to create fear and to restrict the rights of Arab, Palestinian and Muslim students and faculty.

In October 2016 and again in May 2017, the ironically named David Horowitz Freedom Center plastered the campus with vicious posters attacking professor Rabab Abdulhadi and the General Union of Palestine Students. Abdulhadi, a professor in the Arab and Muslim Ethnicities and Diasporas program, was called a terrorist collaborator. JVP and Students for Justice in Palestine were labeled as supporting murderers.

Seven Arab students at SFSU were also named in these posters. I have spoken with three of the students, who say they feel unsafe on campus. They say they have been accosted and followed and have received death threats and rape threats on social media and by phone. Their employers have been called; they frequently have been subjects of university investigations.

Yet, the institutional Jewish community has begun a loud campaign attacking SFSU and its president, Les Wong, as anti-Jewish and as fostering a “toxic culture” for Jewish students. J. the Jewish News recently published a series of news articles, as well as several opinion pieces with titles like “SFSU excommunicates Jewish students” and “S.F. State marginalizes Jews.”

Hillel has made complaints against organizers, alleging they did not allow its participation in the Know Your Rights Fair. Yet, I know that many Hillel students attended the fair because JVP had a table there, and I talked with several of them. Hillel students regularly hold celebrations of Israel at Malcolm X Plaza without incident.

As a neighbor, I am on campus nearly every day and have never heard anti-Jewish slogans or seen anti-Semitic graffiti. Those who strongly identify with Israel may be made uncomfortable by anti-Zionist attitudes held by many students, but that is different from being surveilled by strangers, receiving death threats or having their academic careers endangered as Palestinian students say they have been.

We believe this conflict stems from the institutional Jewish community’s desire to stop criticism of Israel, not to protect Jewish students. These groups repeatedly conflate anti-Zionism, or criticism of the State of Israel, with anti-Semitism, hatred and discrimination against Jews.

Last year, students led by GUPS shouted long and loud at Nir Barkat, the mayor of Jerusalem. This is the incident most cited by Jewish institutions alleging anti-Semitism on campus. However, the incident was investigated by an outside law firm, which concluded: “The record demonstrates that the protest was directed at the mayor of Jerusalem based on his politics, and not at any of the audience.”

During Mayor Barkat’s tenure in office, since 2008, scores of Palestinians have been forced from their Jerusalem homes in violation of international law. Is it reasonable to expect people whose families were driven from Palestine in similar ways not to shout at the mayor who carried out that policy?

In spite of J. headlines, SFSU has been welcoming and supportive of Jewish scholarship. There is a thriving Jewish studies department that includes Israel studies classes. Partially funded by the university and sponsored by endowments from the Richard and Rhoda Goldman Foundation, the department has five professors.

A strong Jewish studies department is a good thing. But we note that the Arab and Muslim Ethnicities and Diasporas program runs on a shoestring, with one professor and no paid support staff. When Professor Abdulhadi was hired in 2008, two additional faculty lines and additional administrative support were promised. Those lines have never been filled.

My colleagues and I share other Jews’ vigilance about the threat of anti-Semitism. Anti-Jewish prejudice has led to terrible things and could again. But we do not fear political opposition to Israel. We fear the anti-Semitism of racist forces like those President Donald Trump is inspiring, and which Jewish extremists who attack Palestinians and Muslims empower.

1. End the hostile work and study environment against Palestinians, Arabs and Muslims and all marginalized communities and guarantee their safety on campus.
2. Build AMED studies as a stable and viable program with tenure-track faculty and full-time staff.
3. Conduct an independent, transparent and public investigation of the attacks on Arab and Muslim students and on Professor Abdulhadi.

Jewish support for Arab students and AMED would go a long way to healing relationships in the SFSU community and would help all students to pursue their research in peace. 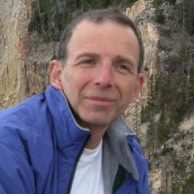 David Spero is a nurse, writer and peace activist living a block from SFSU. He was raised in a Reform family in Buffalo, New York.