Updated Aug. 22: Natasha Waldorf reports that her first two days of school “went fine” and that the students who harassed her last semester are not in her classes.

On Monday morning Aug. 21, 14-year-old Natasha Waldorf, who is Jewish, will start her sophomore year at Alameda High School.

In her class will be one of two boys who taunted her last semester, sending her text messages that included the word “kike” and other anti-Semitic insults, and the image of product mascot Mr. Clean in a Nazi uniform titled “Mr. Ethnic Cleansing.” In the halls she will pass two other students who taunted her that same week last January, joking about the Holocaust and, when confronted by Natasha, telling her that “Hitler should have finished the job.”

Alameda school authorities don’t deny that these incidents, reported in a J. cover story in May, indeed occurred. This week, Alameda Unified School District Superintendent Sean McPhetridge told J., and the parents by email, that the situation has been handled appropriately.

Natasha’s parents, Mel Waldorf and Jessica Lindsey, however, say otherwise. And they want something done.

“They are not taking this seriously,” Waldorf told J. “These were threats. How is my daughter supposed to feel safe, with school starting Monday? How can [McPhetridge] say he’s protecting a student when the kids who did this don’t have to apologize and are sitting in her class for the rest of the year? It’s egregious.”

The Zionist Organization of America has taken up the case on behalf of Natasha and her family, alerting J. to the ongoing situation this week. The ZOA has been engaged since June in an email exchange with McPhetridge and with the high school’s principal, Robert Ithurburn, which now seems to have reached an impasse.

Natasha’s parents, and the ZOA, want the school district to take five specific steps. At the top of the list: ensuring that all the students who taunted Natasha are made to apologize; instituting mandatory training programs for students, faculty and parents in how to recognize and combat anti-Semitism; and coming out forcefully and publicly in opposition to anti-Semitism.

McPhetridge says the district has followed correct protocol all along, although he is legally prevented from detailing what punishment, if any, the offending students have received. He says four of the five demands have been fulfilled, in substance if not in letter, and the fifth — mandating parental training — is not feasible. He reiterates his and the district’s support for full inclusion for all faiths, ethnicities, races and gender identities.

Natasha’s parents and the ZOA say the district, specifically McPhetridge, aren’t taking their complaints seriously. McPhetridge, on the other hand, told J. this week that no incident in his decades of service has affected him like this one, and he takes it very seriously indeed. He insists that he wants to meet personally with Natasha and her parents to clear it up, as he met with the parents of three other children who suffered similar anti-Semitic taunting in Alameda schools.

As of late this week, Waldorf said he was still waiting for a phone call from McPhetridge. And anyway, the ZOA says a face-to-face meeting won’t solve anything — the organization wants “demonstrable action.”

An impasse. And school starts Monday.

At the center of this conflict is Natasha, who, as detailed in a May 25 J. cover story and editorial, received a series of anonymous texts last January that taunted her for being Jewish and made threats about “gas” and “ethnic cleansing.” She discovered that a boy in her class, whom she thought was a friend, had sent the texts, egged on by a foreign exchange student. Eventually the first boy was made to apologize to her; her parents say the exchange student, who has since returned to his native Germany, never apologized and his parents weren’t even notified.

Later that same week, she and a friend overheard two other students joking about the Holocaust. One made the Hitler comment to her upon being confronted. Natasha’s parents then met with the school’s assistant principal and dean, but as outlined in ZOA letters to McPhetridge, felt appropriate action was not taken. (That dean has since left the school district.)

The ZOA letters also charge that these incidents are not isolated. Natasha reported to her parents and to school administrators other examples of students making anti-Semitic comments, of swastika graffiti found on desks and walls, and making jokes about the Holocaust, sometimes in front of teachers. Anti-Semitic incidents also were reported at other schools in the district, including Edison Elementary, as covered in J.

On June 16, the ZOA first wrote to McPhetridge, saying, “Anti-Semitism is a problem at other schools in the district, too. We understand that you are well aware of this ongoing serious problem, yet have not taken the steps you are legally required to take to remedy the anti-Semitism and ensure that it does not recur.”

“He has not met any of the list of demands we sent,” said David Kadosh, executive director of ZOA West and one of the two signatories of the June 16 letter. “He has not made public statements against anti-Semitism. He’s spoken in general about bigotry and says it’s enough.”

In both a conversation with J. and in letters emailed to McPhetridge, Kadosh points out programs the school district runs to highlight inclusion for other minority students. As part of its “Everyone Belongs Here” campaign, for example, the district has held several events celebrating Muslim culture and history, including daily announcements in the high school during April, noting it was National Arab American Heritage Month.

By contrast, the ZOA letter points out, there were no school-wide announcements in May that it was Jewish American Heritage Month. When members of the Jewish student club put up posters, one was ripped down while the others disappeared in a few days. And last spring, for the first time, no Holocaust survivor was invited to speak to the students for Holocaust Remembrance Day. The school said it “was too difficult” to find a speaker, the ZOA letter charged, and “rebuffed” ZOA offers to provide one.

In an hour-long interview in his office on Aug. 17, McPhetridge refuted the ZOA’s and family’s charges one by one. Yes, he’s spoken out publicly against anti-Semitism at board meetings and a PTA meeting — the family just isn’t viewing the videos. Yes, the offending students were punished — he just can’t say how, due to privacy laws. Yes, the high school commemorates the Holocaust — and a speaker will be provided next year; he thanked the ZOA for reaching out with suggestions.

And yes, the district takes anti-Semitism seriously, as it does with all bigotry — although it can always do better. “It cannot be just about anti-Semitism,” he told J. “ It has to be the rights of all people.”

“I’ve invited the ZOA and the Waldorf-Lindsey family to meet with us,” he said, referring to himself and Principal Ithurburn. “There’s so much we can do talking together that we can’t do by email or phone. We are committed to making things better.

“When a family [tells me to] work with the ZOA and copy [us] on the letters, it’s hard to cooperate,” he added.

All of this is coming to a head at a time of upsurges in hate speech and anti-minority violence, including a rash of bomb threats at Jewish Community Centers in the spring — which alarmed Natasha, her parents said — the violence at the white supremacist rally in Charlottesville last week, and this week’s vandalism at Temple Israel in Alameda, where windows were smashed on Aug. 17. 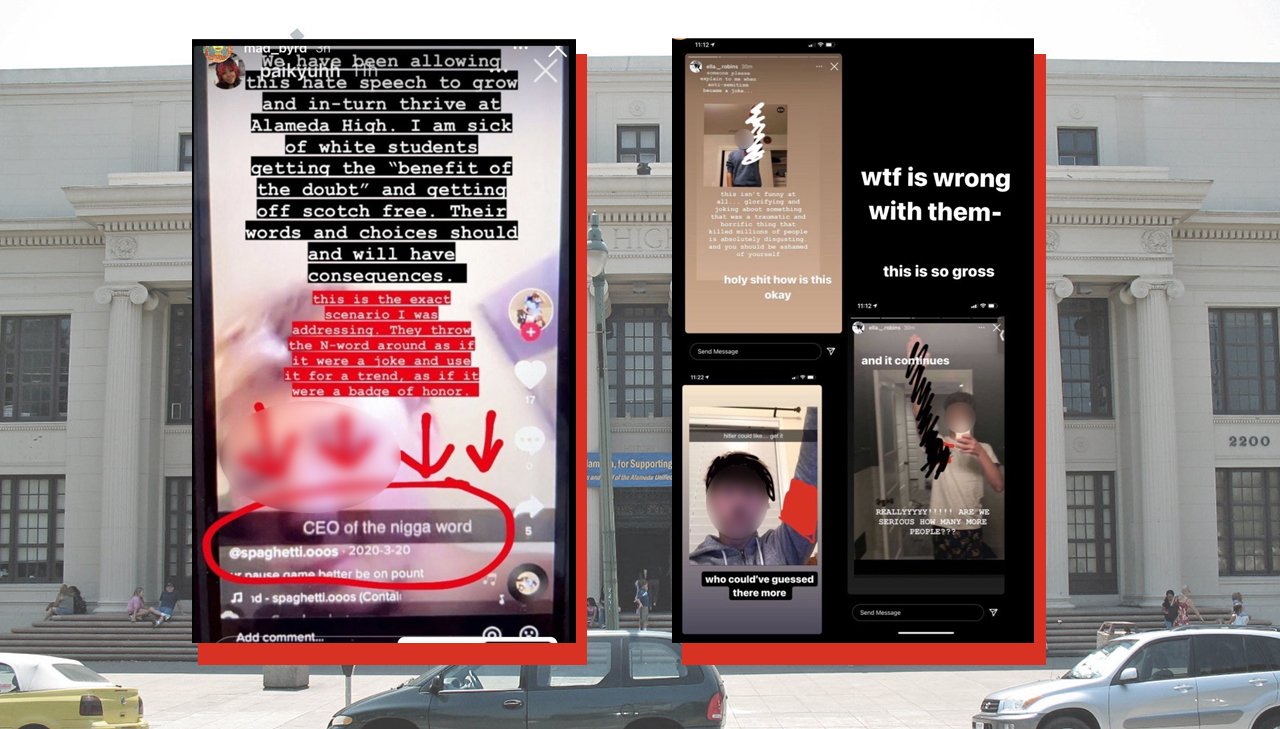