Brandeis Marin learned two things after the campus it shares with Congregation Rodef Sholom and the Osher Marin JCC in San Rafael was evacuated in January as a wave of bomb scares threatened Jewish sites across the country.

“What we found through that experience is, on the one hand, our school emergency response system held up well,” said Peg Sandel, head of the K-8 day school. “The evacuation was professional, timely and police gave us accolades for how calmly and smoothly it went.”

On the other hand, she added, the experience underscored the need for the school, synagogue and JCC to work more closely together in response to threats. To that end, collaboration and coordination have become the order of the day.

As many Bay Area Jewish day schools begin the 2017-18 school year — only weeks after white supremacists rallied in Charlottesville, Virginia, and in the same year that more than 100 bomb threats rattled Jewish institutions around North America — Bay Area school leaders told J. that they have confidence in their emergency preparedness procedures.

Along with Brandeis Marin, administrators at Gideon Hausner Jewish Day School in Palo Alto, the Jewish Community High School of the Bay in San Francisco and Oakland Hebrew Day School all say they feel prepared.

“We already had significant emergency preparations in place,” noted Tania Schweig, who took over as head of school at OHDS after 17 years as a teacher at the K-8 Modern Orthodox school in Oakland.

She said the list of security measures include a full-time security guard, security cameras, a double-gated entrance, a fenced perimeter and regular emergency drills for the entire school.

“After Charlottesville, as with any national or international anti-Semitic events, we had in-depth conversations with our security consultant, participated in a national call with information about the specific incidents, and consulted with our contacts at the Oakland Police Department who ensured that we have increased police presence,” Schweig said.

Sandel, as well, said she relies on the school’s strong ties with local law enforcement when there is an uptick in anti-Semitic or racially motivated activities.

“We are living in a time where there is no shortage of crises,” she said.

As head of school at JCHS in San Francisco, Rabbi Howard Ruben emphasized that his school takes the security of students very seriously.

“These are issues we’ve been addressing for years,” said Ruben. “We haven’t done anything differently regarding recent events except to control greatly the lines of communication with law enforcement, and we continue to rehearse and remind ourselves of preparation.”

We want to maintain a warm and nurturing environment for children to learn. That’s our priority.

Additionally, Ruben turned the incident in Charlottesville and its aftermath into a teachable moment, inviting one of his educators to share perspectives and reflections of the events that unfolded.

JCHS, where classes began Aug. 24, also has a student advisory committee on inclusion and anti-bias; it includes students of color and minorities. In 2010, the high school, which had 34 students in its graduating class last spring, was targeted with chants of “God hates Jews” and other hate speech from the Kansas-based Westboro Baptist Church. Rather than counterprotest, students raised money toward Haiti earthquake relief.

“For every minute the protesters stood there, they got the community to pledge money for relief,” Ruben said. “They raised about $8,000.”

Ruben said the events in Charlottesville, and at other white supremacist, Jew-hating rallies, don’t necessarily make students anxious about school security or their personal safety. Rather, he said, “They have a sense of outrage at what’s happening in the world when neo-Nazis are tolerated.”

At OHDS, Schweig said any discussion about current events with the school’s K-8 students “needs to be developmentally appropriate. As a school, we focus on teaching kindness and how to communicate respectfully across differences. That is part of our curriculum throughout the year. Older students may discuss current events.”

The Secure Community Network, a 10-year-old Jewish group that advises synagogues, schools and other institutions on security, has long recommended keeping a plan for emergency notification and evacuation, monitoring all entrances and maintaining relations with local law enforcement.

Gideon Hausner, a Palo Alto K-8 school that opened its doors in 1990, is among the schools doing just that.

“We are working with experts in the field and we’ve upgraded procedures and access to the campus to make sure we have appropriate security in place, which we do,” said David Zimand, head of school since last year. “We want to maintain a warm and nurturing environment for children to learn. That’s our priority.”

OHDS communicates with parents about general security issues through weekly newsletters and email updates. School personnel are available for in-person conversations as needed, and Twitter and text messages are used in case of developing security situations or emergencies.

At Brandeis Marin, Sandel sent an email to parents about Charlottesville before classes began on Aug. 22.

“I felt our community needed to make a statement,” she explained. “Children in middle school see and hear things. We gave resources about how to talk to children about different subjects and encouraged parents and families to take part in ‘Together at the Table’ so they could have guided conversation.”

Together at the Table is a grassroots movement of Shabbat dinners that celebrate diversity, equality and inclusion. Less than a week after the Aug. 11-12 Unite the Right rallies in Charlottesville, Together at the Table organizers called for Jewish institutions across the nation to hold gatherings of healing and unity the weekend of Aug. 18-20.

While white supremacist rallies and any rise in anti-Semitism aren’t forcing a radical shift at Bay Area Jewish day schools, these current events definitely are opening up discussions about standing up in the face of hatred.

Sandel summed it up this way: “It is good to be part of a community that uses its voice.”

Ben Sales of JTA contributed to this report. 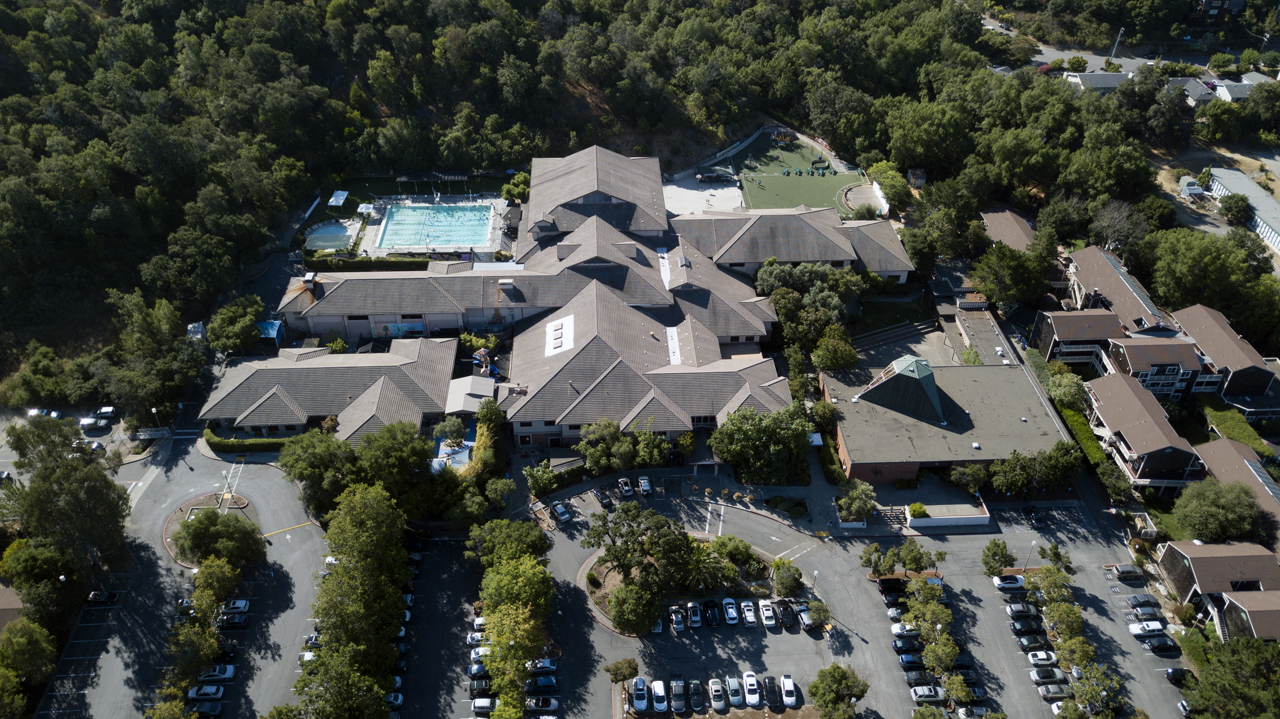