‘Finding Your Roots’: Bernie gets choked up about a relative who died defying Nazis

In the upcoming season premiere of the PBS series “Finding Your Roots,” Bernie Sanders does more than look at a printout of his family tree: He gets emotional when he discovers a relative died while standing up to the Nazis during World War II.

In a clip released yesterday, the Jewish lawmaker is visibly moved as the show’s host, Harvard professor Henry Louis Gates, Jr., asks him how he feels after learning about the relative.

“I’m proud of his courage, and willingly going to his own death in order to protect innocent people,” Sanders says. “So I’m very, very proud that I have a family member who showed that type of courage and decency.”

“It’s one of the bravest acts I’ve heard of,” responds Gates, a historian who has hosted the show since it first aired in 2012.

Sanders’ father Eli grew up in Slopnice, Poland, before immigrating to the United States in 1921 at age 17. Many of Eli Sanders’ relatives perished in the Holocaust. The longtime Vermont senator’s mother Dorothy (née Glassberg) was born in New York City.

A Brooklyn native, Sanders, 76, grew up in Flatbush, a heavily Jewish neighborhood in Brooklyn. While campaigning to be the Democratic nominee for president, and becoming the first Jewish candidate to win a primary, he rarely discussed his Jewish identity.

In the clip, Sanders goes on to say that he got involved in politics in part to “prevent the descent of humanity” into Nazi behavior.

“It just makes us realize how hard we have got to work to not descend into this type of barbarity and to create a world where people can love each other,” he says. “That’s what this reinforces in me.”

Tuesday’s episode kicks off the fourth season of the show, which delves into the family history of celebrities. Among the other Jews who will appear in the fourth season are Scarlett Johansson, Amy Schumer and Paul Rudd. In a previous season, Dustin Hoffman broke down in tears after learning of his family’s tragic Jewish history.

The episode also features comedian Larry David, who famously impersonated Sanders on “Saturday Night Live” throughout last year’s presidential campaign. It received some advance buzz in July when David revealed he’s a distant cousin of the senator, something he learned while filming “Finding Your Roots.”

“I was very happy about that,” David said at the time. 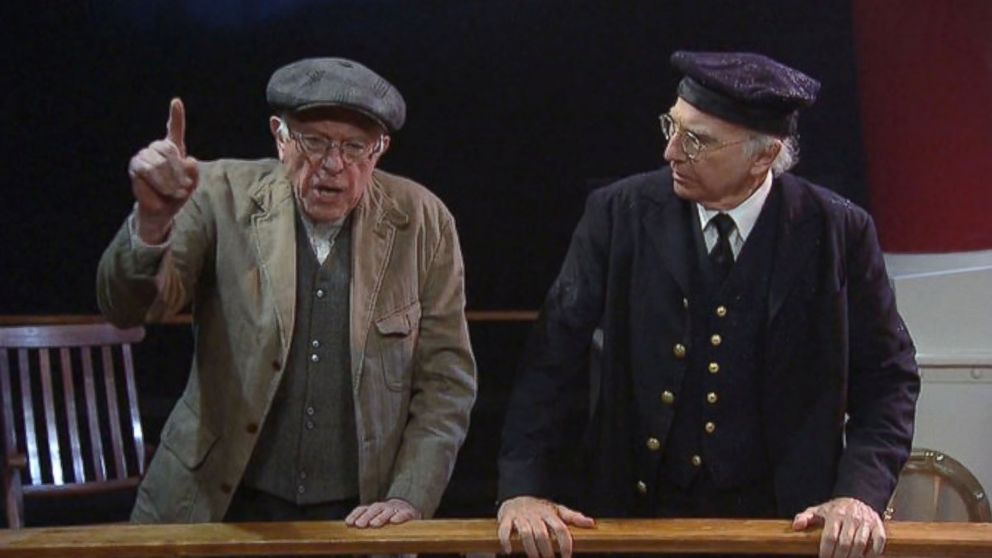