No excuse for anti-Semitic cartoon in UC Berkeley student newspaper

Anti-Semitism has been an ugly part of Jewish history. As a Jew growing up in the United States, a country that has embraced and given me the full opportunity to practice my religion unharmed, it has truly been a privilege and right that sometimes I take for granted. I wear my yarmulke around Berkeley and on campus without issue. My children attend Berkeley public schools wearing yarmulkes, embracing and taking pride in their Jewish expression.

As a Jew living in this amazing country, with all of its faults, I feel blessed to have the freedom to live a vibrant Jewish life. I can sometimes become complacent and even want to ignore anti-Semitism when it is right in front of me.

To see the online Daily Californian anti-Semitic cartoon depicting professor Alan Dershowitz was a reminder that as Jews living in our open society, we are still plagued by undertones of historical anti-Semitism. There should be no excuse or rationalization for this cartoon as “simply” a critique of Israeli policy or the artist’s opinion.

Like any bigoted cartoon, it should be called out, and the leaders of the Daily Cal need to take responsibility for their actions. Jewish students on campus have every right to be included, practice their beliefs and express their passion and love of Israel — their Jewish homeland — without experiencing anti-Semitism.

This piece first appeared as a letter in the Daily Californian. 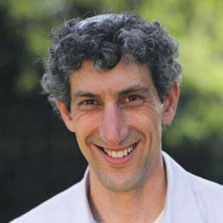