Wearing a kippah in the year of Trump

In November of 2016, a few days after the election of Donald Trump, I found myself reading story after story about hate crimes, especially against visible religious minorities, perpetrated by bigots emboldened by the hateful rhetoric of the presidential campaign.

Here’s how I explained the decision in a J. column at the time: “I’m going to wear this visible symbol of my Jewishness all day, every day, for the foreseeable future. I’m not wearing it to remind myself that God is above me, one of the explanations for the custom. This isn’t about God. It’s about this: Since the surprise of Election Day, members of the alt-right, white nationalist groups and racists, misogynists, Islamophobes, homophobes, ableists (against the disabled) and, of course, anti-Semites of every stripe have been emboldened. As a Jew, I want the bigots and their victims alike to know that I stand with the outsiders.”

I called on other white Jews to join me and the dozen other Jews who told me they had begun wearing a kippah for roughly the same reasons: “Be a Jew. Show the world you’re a Jew. Show our fellow minorities that we are with them, that we are in this together.”

One year in, this daily practice has been a wakeup call for me in how I move in the world as a white Jew, and has changed my capacity for empathy with more visible minorities — including Jews of color. (I can take off my kippah, but they can’t change their skin color.)

The reactions have been varied. There’s the homeless guy who inexplicably says “Shalom Shabbat” to me every day of the week when I pass him on the way to the office. I also noticed an unexpected number of non-Jews giving me a casual “Happy Hanukkah” in stores, on the street, on the bus — hugely gratifying as an avowed hater of “Merry Christmas.”

Airport security has become an othering experience. About half the time, some idiot TSA officer asks me to take off the kippah before I step into the scanner. “I don’t have to do that,” I say. After I go through the scanner, someone always wants to either pat or look under my “headgear.” Always “headgear.”

I was once selected for special treatment as a TSA guy flipped skeptically through the scary foreign script of a prayerbook he found in my backpack. Right next to me, a black woman about my age had been selected for special treatment as well. An officer examined the Wiccan texts and ritual items in her backpack. She and I shared a moment when we locked exasperated eyes.

On one occasion, a man in my office building elevator looked me up and down and said knowingly, “Ohhhh, you’re Jewish.” I said I was. “The orchestrators!” he said, making a sort of marionette puppet-master gesture with his hands. “What does that mean?” I asked. “You know, you guys control a lot of things. Well, not control. You know, just the orchestrators,” he said, making the weird gesture again. He was baffled when I told him it was anti-Semitic to say that.

And then there are the Lyft and Uber drivers. These interactions have been the best and worst of the year’s kippah encounters.

There are many Muslim drivers who go out of their way to let me know that they’re OK with me being Jewish. Often they are immigrants; some bemoan the bigotry they left behind and tell me that before they came to the U.S., they never imagined they could live peacefully with people who are so different. In a couple of cases we ended up having genuinely enlightening conversations.

I also met many Hindu, Sikh and Buddhist drivers (again, mostly immigrants). They tend to be a blank slate regarding Jews, so our conversations are much broader, often about their expansive personal philosophies of religion. It’s especially gratifying to connect with Sikhs, who are outsize targets of hate crimes because their own “headgear,” dastars (aka turbans), which are scary to the ignorant.

And I’ve had three conversations of note with black male drivers. Two of them extolled the virtues of “Zeitgeist: The Movie,” a 2005 documentary replete with classic anti-Semitic nonsense. The first time, I didn’t know what the guy was talking about, so I ignored it. The second time, I pushed back a little; this driver was absolutely baffled as to how the tropes of banking, wealth and international control were anti-Jewish. He assumed we take those as compliments.

I had a great conversation with the third one. Spotting my kippah, he said, “Oh, that means you’re Jewish, right?” I told him I was wearing it in solidarity and for visibility, that it was mostly political. He then told me about what had changed for him since the election. “I used to be an All Lives Matter guy. That made sense to me. Now though, I see what’s going on. Black Lives Matter!”

The most heartwarming interaction of the year took place at an anti-hate rally at San Francisco City Hall in August. I was there covering it for J. I left early, right after a Jewish speaker talked about Jews and other minorities having each other’s backs in these dark times. As I made my way through the crowd, I passed by an older black man. He spotted my kippah, patted me gently and said, “I got your back.” “And I got yours,” I said.

Among fellow Jews, things are complicated. Some of that is due to my own anxiety about wearing a kippah. Among more experienced kippah-wearers, I constantly fret: Is it in the right place on my head? Is it a good size? Am I a poser?

I often used to be the only Jewish man in a Jewish space with no kippah. But now, I’m often the only Jew in a room who is wearing one. This too makes me insecure — what do they think of me? Do they assume I’m Orthodox?

My biggest takeaway from this year, however, has been a new understanding of what it means to have one’s identity visible at all times, and the stress and anxiety that can come with that. Wearing a kippah all day — in stores, on Muni, wherever — I am aware of my Jewishness in ways I’d never considered. I’ve often heard people of color talk about the burden of worrying that, in the minds of others, their actions reflect on their entire people. I worry about this constantly now. Where I once felt sympathy, I have come to know true empathy.

My empathy for Jews who wear kippot has grown as well. They’ve long told me about this insecurity and about the unpleasant interactions their kippah can invite in public. I always listened with undue skepticism, which I’m now ashamed of.

The beginning of 2018 is dominated, for me, by this question: Now what?

And I don’t know. 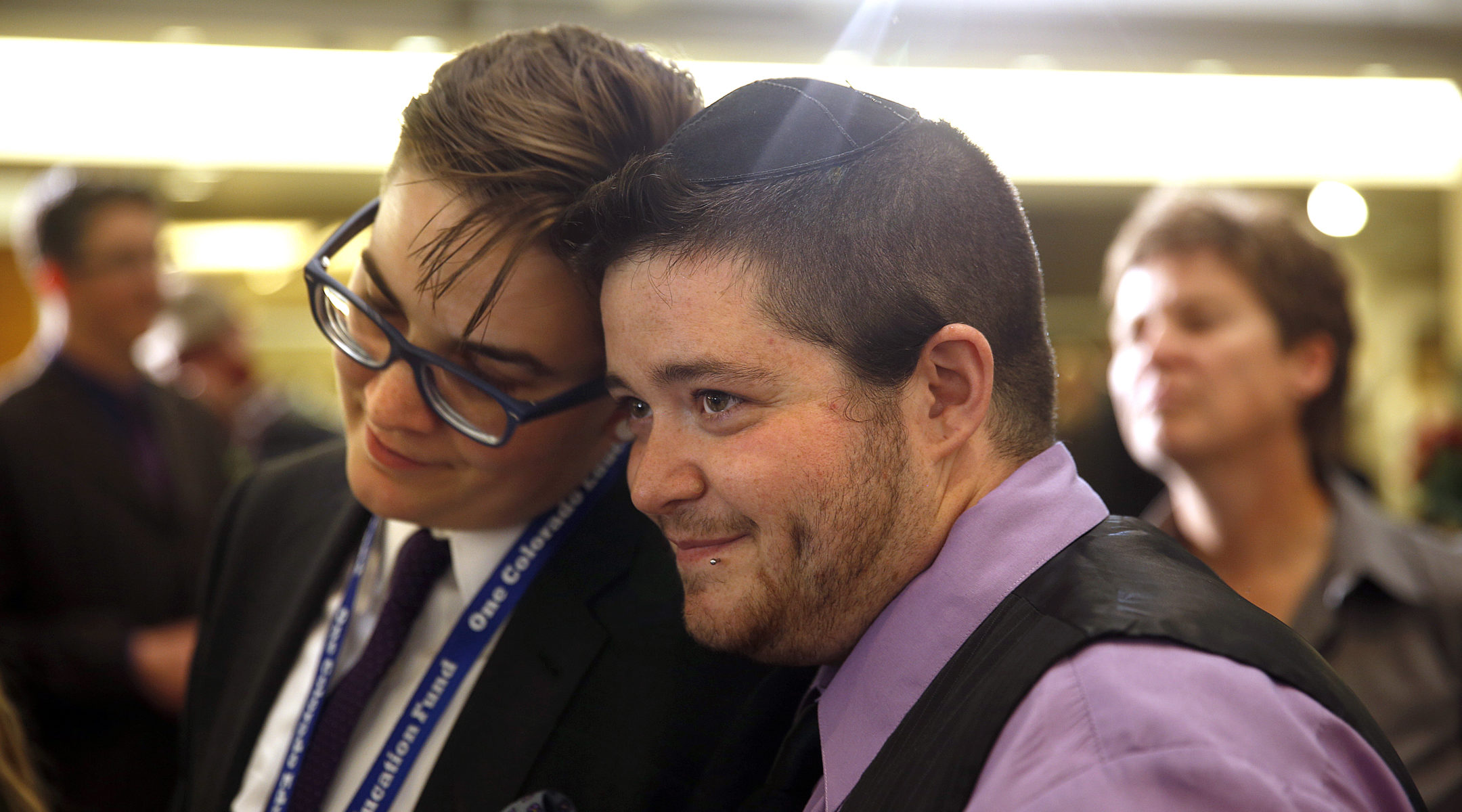