Why the Reconstructionist movement is rebranding

“I don’t know any Jews who go to temple.”

The line is from a remarkably poignant scene in the 2004 film “Garden State,” in which Zach Braff’s character explains to his love interest, played by Natalie Portman, a few things that most non-Orthodox American Jews know about large suburban synagogues.

“The Jews I know,” Braff continues, “they go on one day, on Yom Kippur, the day of repentance. Did you know that most temples are built with moveable walls so that on the one day of the year, when everyone comes to repent, they can actually make the room big enough to hold everyone?”

The Pew Research Center’s 2013 Portrait of Jewish Americans, which was issued the same week that I was appointed leader of the Reconstructionist movement, was seen by many in the American Jewish community as evidence that the sky was falling, for precisely the reasons articulated by Braff’s character. Many American Jews proudly identified as Jews but did not meaningfully take part in most expressions of organized Jewish life, except for once or twice a year on holidays.

Today, I am reminded of that evocative scene as the organization I lead adopts a new name and doubles down on its mission to empower North American Jews with a very different understanding of Jewish life. The new name, Reconstructing Judaism, is, on a practical level, a welcome change from the cumbersome Reconstructionist Rabbinical College and Jewish Reconstructionist Communities, which we created after our seminary and congregational union merged in 2012.

Far more important, Reconstructing Judaism reflects a subtle but profound evolution in Reconstructionist thinking about how and why to be Jewish in the 21st century.

With our name change, we are saying to Braff’s fictional characters — and to so many real people like them — that we have the tremendous opportunity to reconstruct Jewish life to create the Jewish community of today and tomorrow, so that we inspire people and help them find meaning. This is ongoing work and, hopefully, as much about joy and connection as it is about repentance, struggle and soul-searching.

A critical path forward is shifting from a focus on “being” Jewish — important but insufficient for providing substance and structure — to a focus on “doing” Jewish.

In the 1930s, Rabbi Mordecai Kaplan, the founding thinker of Reconstructionism, famously introduced the metaphor of Judaism as a “civilization.” It was, in part, a response to the ongoing debate about whether Jews constituted a nation, a religion or a culture. The civilizational concept resonated most deeply in scholarly circles, and among educators and ideological Reconstructionists.

It was the related idea of peoplehood articulated by Kaplan and his disciples in the 1940s that seemed to speak to the North American Jewish imagination. Peoplehood — the sense of being part of a diverse people spanning geography, history and practice — dovetailed neatly with how North American Jews came to see themselves as a group in the postwar years. The concept provided a particularly Jewish way of combining religion, culture and ethnicity into one identity.

Many people have idealized the postwar period as the “golden years” of American Jewish life. In the 1950s and 1960s, Jews moved to the suburbs, leaving behind the dense urban neighborhoods of the immigrant generations where they expressed their identities through a rich ethnic tapestry of Jewish religious, cultural and organizational life. In the suburbs, they built and joined large houses of worship. They belonged — to the synagogue, to the Jewish people — but as the years went by, they engaged less and less. Indeed, according to Pew, 94 percent of those they surveyed said they were proud to be Jewish, but only one-third say they belong to a synagogue, and only one in five belongs to other kinds of Jewish organizations.

The decline of ethnicity and the increasingly unclear sense of Jewish peoplehood represent a challenge of our times, in addition to opportunities. As the Pew study confirmed, Jews today are less obligated to join, less moved by the traumas of the past and less likely to think of themselves as part of an ethnic group defined by food, culture and common values — with a smattering of religion.

We are moving from the ethnic moment in North American Jewish life — powerfully articulated by the concept of peoplehood — into a post-ethnic moment. North American Jews, especially the non-Orthodox, are moving away from being a community of descent (that is, defined by biology) to a community of consent. Jews today have countless opportunities to seek meaning and define their identities. Anyone who identifies as Jewish today chooses to be Jewish, regardless of their parentage or background.

There are two imperatives that emerge from this unprecedented reality. First, Jewish organizations must convince anyone who encounters them that being Jewish is a means to being deeply human, not simply an end in and of itself. The point of being Jewish is that we are here on earth to live lives of meaning and connection to each other, Jews and non-Jews alike.

To do this, we need to shift our preoccupations away from being Jewish, which is significantly a conversation about boundaries and authority, and which leads us to infighting and name-calling.

Instead, we need to focus our energy toward doing Jewish.

This conceptual shift from being to doing must prompt a change not only across the breadth of North American Jewish life, but also within the Reconstructionist movement itself. Rabbi Ira Eisenstein, Kaplan’s son-in-law and protege, and one of my predecessors, explained the Reconstructionist commitment to peoplehood by saying that belonging to the Jewish people preceded believing (that is, dogma or doctrine) or behaving. Speaking in a moment defined by ethnicity, Eisenstein insisted that the diverse experiences of the Jewish people took precedence over strict halachic — ritual and legal —  expressions. In our post-ethnic moment, we are reclaiming all affirmative expressions of Jewish behavior as generative and full of promise.

By adopting the name Reconstructing Judaism, the organization I lead is crystallizing our commitment to Jewish life that is deeply rooted and boldly relevant. (To be clear, we have renamed the central organization of the Reconstructionist movement, but not the movement as a whole.) We remain anchored in the sweep of Jewish texts, observance, liturgy, history and culture. At the same time, we are continually reconstructing Judaism by training rabbis to be entrepreneurs and changemakers, cultivating Jewish experiences in existing congregations and new venues. They are deploying digital networks to tackle the pressing challenges of Jewish life, investing in startup projects, and taking our values and approach to the public square through podcasting and other mediums.

With our new identity, we are shifting the emphasis from Reconstructionist, a way of being, to Reconstructing, with its focus on doing.

The Reconstructionist movement prides itself on being the research and development arm of North American Judaism. We’ve introduced countless innovations in North American Jewish life and show no signs of slowing down. But we know we are not alone. Actors within the other non-Orthodox denominations — as well as those outside of any denominational structure — are opening doorways to new Jewish experiences and widening the tent of participation in Jewish life. All of our efforts are welcomed and needed.

For the sake of our children and the Jewish future, all of us must find ways to be relevant.

Let’s make sure that in the coming-of-age stories of the future, Jewish protagonists recount a very different kind of Jewish childhood, one in which Judaism was not a once-a-year commitment but a year-round source of sustenance.

Let’s make sure our children can tell their non-Jewish friends, family members and life partners how Jewish organizations opened pathways to engagement.

Or, better yet, let us empower the next generation to create experiences and expressions we have not yet imagined. 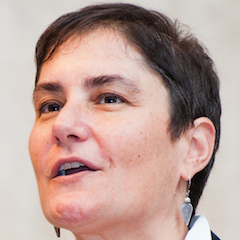