As the child of Russian Jewish emigres, Olga Lemberg saw how her parents — both highly esteemed musicians in their native Moscow — struggled to earn a living in their new home outside Detroit.

At first they did any jobs they could find, such as delivering newspapers. Eventually, they were able to earn a livelihood giving music lessons and founded their own music school.

“I, too, always had a creative and artistic side, but my parents stressed that I should choose something more stable because they felt I would have an easier life,” said Lemberg. So she became a doctor.

Lemberg, 37, is a physician in pediatric urgent care at a UCSF-owned clinic and a pediatric hospitalist at Kaiser Permanente Oakland.

But her creative urge never went away. So a few years ago she started a business. Reimagining the shapeless, stiff hospital scrubs worn by doctors as something more fashion-forward, feminine and utilitarian, Lemberg came up with a new design for female physicians.

Noting that the traditional blue cotton-poly blend can get rather uncomfortable after a long shift, Lemberg fashioned her scrubs from a soft, woven heather gray material that feels much better on the skin. The material has a nice sheen and won’t wrinkle if slept in. “I designed what I would want in my scrubs [when] working 30 hours,” she said.

The design takes other factors into account, like the need for secure pockets to hold small items — which can easily fall out of traditional scrub pockets, often onto a patient or into the toilet. Fabled designs have a stitched loop for a pen and several pockets, including one zippered pocket for cash and another for a cellphone, as well as a loop for trauma scissors or other equipment.

Because doctors bend over frequently to examine patients, she said, most female physicians have a story about exposing themselves in traditional scrubs with their low waists and V-necks. Lemberg’s design corrects that problem with a slimmer fit, higher waist and closeable top.

“Overall they are what I think is the best merging of a uniform that is both utilitarian and functional that is as close to workwear as possible, more like what you’d wear to a regular office,” said Lemberg.

Of course, such high-fashion scrubs don’t come cheaply; a shirt is $70 and the pants are $92, plus shipping (compared to regular scrub sets, found online for $20).

Besides comfort and fashion, there was another reason Lemberg was motivated to redesign scrubs. It was about authority, an issue that many female doctors face after introducing themselves as the physician in charge. Inevitably, the patient or the patient’s family will turn to the nearest male in the room (often a medical student) to ask “So when is the doctor arriving?”

“I don’t want to claim my scrubs are solving sexism, but I started realizing that the white coat has become democratized,” said Lemberg. “Lab personnel and radiology techs are also wearing white coats. I wondered: ‘How can I stand out?’ In a hospital setting, there are so many different staff members coming to take care of a patient. If I was a patient or family member, how the heck do I know who is who? It’s also nice to have a uniform that commands a bit more gravitas, as scrubs are just like pajamas.”

While Lemberg had always loved fashion, she had absolutely no experience on which to draw. Many people might have a great idea but not the fortitude to make it happen. She was not swayed.

“I’m not afraid to ask questions, and one thing I’ve gotten from my parents is that I’m very resourceful,” she said. “Those two things really helped me to get the information I needed as I really didn’t know anything, either about fashion design or starting a company.”

She began by calling up local seamstresses and getting advice on how to bring her idea to fruition. She learned about pattern-making, sketching and prototypes. She visited factories in the Bay Area until she found the right one.

Her website launched last July, and she has plans to introduce new colors and tweak the cut a bit based on customer feedback. (The site also features profiles of female doctors.) Women from Canada, Australia, Puerto Rico and throughout the U.S. are all wearing her creation.

She is also thinking about designing a pair for men. Yes, they are asking. And the compliments she gets from patients prove that they’re taking notice, too. “There’s very compelling psychological data that suggests how you dress and present yourself is very closely connected to your confidence, competence and relationship-building,” Lemberg said. “While we’ve dedicated our professional lives to caring about others, it’s also OK to want something that expresses our own style.” 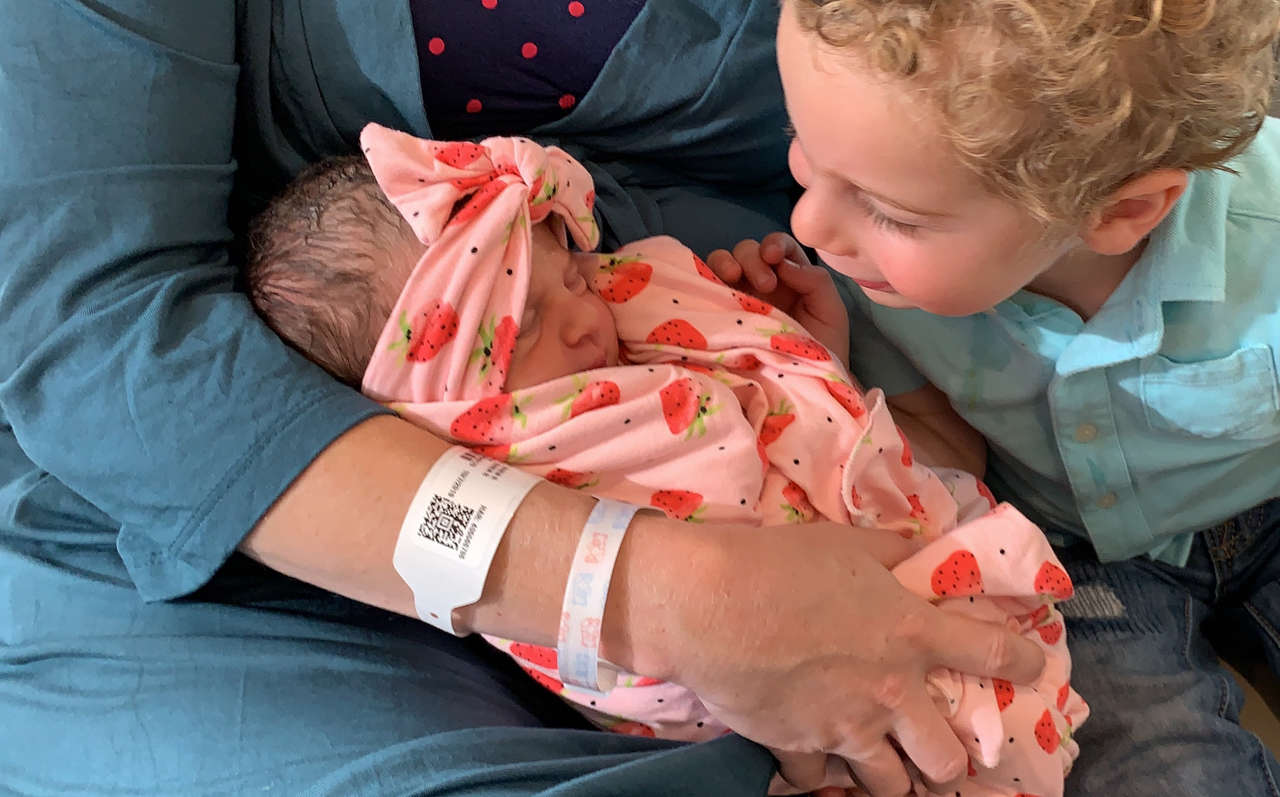