Young, Jewish, educated — and barely making it in the Bay Area

TAKING A CLOSER LOOK: Part one in a series exploring key results of the 2018 Portrait of Bay Area Jewish Life.

Melanie Malinas makes $39,000 a year while working on her biophysics doctorate at Stanford. She has three roommates, a used 2005 Prius and a broken laptop she can’t afford to fix. She’d love to go to more Shabbat dinners if she had the money.

Nick Keats can’t think about joining a synagogue now — because of the membership cost. He graduated from law school last summer and passed the bar, but he hasn’t been able to find a full-time job. So he’s taking money from his parents to pay for the San Francisco apartment he shares with four roommates.

Talya Husbands-Hankin gets by on $13,000 a year in government disability payments. The community organizer has a two-bedroom apartment in Oakland and has to rent out the bigger bedroom. She wonders how the Jewish community is going to keep folks like her from leaving the Bay Area.

All three are under 40, well educated and struggling to make ends meet in a region where the median income in Jewish households is $115,000.

According to a groundbreaking Bay Area-wide survey released last month by the S.F.-based Jewish Community Federation, more than half of the region’s Jews are younger than 35 — and the largest population group in the new study is young adults between 18 and 34.

Many in that age group are struggling to find jobs, housing and financial stability. More than 20 percent of Bay Area Jews between 18 and 34 reported they were “just managing” financially, and more than 40 percent said they had sought social service help.

Bay Area Jewish institutions, from century-old synagogues to startup groups run by their peers, face the challenge of reaching and serving the needs of those young people — and of removing the economic barriers that prevent many of them from being enthusiastic members of the Jewish community.

“We should not look at financial need as it once was, the domain of the elderly in America,” Steven Cohen, a sociologist who co-led the study, said as he presented the study results at the JCC of the East Bay in Berkeley earlier this month. The financial challenge facing many young Jews, he said, “represents a need and it also represents an opportunity — it might represent a philanthropic need that should not be missed.

“The primary reason we help them is that people need help. And when you help them, they say, ‘I didn’t know the Jewish community did that.’ ”

Malinas, 25, graduated from Oberlin College in 2013 and has been at Stanford since then — though she did take a year off in 2014-15, during which she worked as a religious-school teacher at a Reform synagogue while living with her mom in Reno.

She finds it hard to believe the study’s finding that only 10 percent of Bay Area Jews make $50,000 or less annually, since almost all of her friends make less than that.

“I don’t consider myself in any way to be underprivileged. It’s not like I’m living in poverty. It’s not like I’m not eating, I can still go to the movies,” she said. “But I’m not saving anything and I have debt, student loans from Oberlin. I’m barely making it. If I didn’t get a little bit of support from my parents, I’d be in a lot worse shape.

“My computer keyboard broke eight months ago, it was going to cost $300 to fix, so I just didn’t get it fixed. And I don’t have enough money to buy a new laptop.”

She went to a couple of Shabbat dinners at The Kitchen, a Jewish startup in San Francisco’s Mission District, and said she’d like to go back. But each dinner costs $22, and Malinas said that’s not in her budget.

Elie Lauter, interim executive director of The Kitchen — where annual memberships range from $499 to $1,890 — said she realizes some of her peers can’t afford to join or attend Friday night dinners on a regular basis.

“I think what we’re seeing with that age group is it’s really hard, membership at a synagogue or a place like The Kitchen is hard for them,” Lauter said. “Some people can’t afford to come to Shabbat dinner each week or come to everything we do.”

Instead, when she can, Malinas goes on Friday nights to Kehilla Community Synagogue in Piedmont, where she can attend services and eat at the oneg Shabbat for free. She went to a free potluck seder at Kehilla last year and plans to do the same this Passover.

Kehilla focuses on outreach to young adults. Executive director Michael Saxe-Taller said the synagogue has a sliding scale for dues that takes into account age and job status, and — like many synagogues in the Bay Area — won’t turn away prospective members for lack of ability to pay.

The synagogue’s Glitter Kehilla program is aimed at young adults, who are encouraged to seek support from older members who can provide leads on jobs and housing opportunities. One congregant recently offered a rental property to a young adult staff member, Saxe-Taller said.

“It is very clear how hard our young folks are working just to make it here. They are struggling around housing costs,” he said. “We have a number who have chosen to move elsewhere because they could not afford it. The young adult children who grew up in this congregation, some of them don’t move back because they can’t afford it, or they move back with their parents.

“The niche we have found is one of giving them a community to be part of that has both folks in their life situation, but also a multigenerational community on which they can lean.”

If I didn’t get a little bit of support from my parents, I’d be in a lot worse shape.

Such informal contacts can be crucial for young adults, many of whom don’t know about — or choose not to take advantage of — job-placement assistance at community institutions such as Jewish Vocational Service. For many in the under-35 group, personal networking and online searches are more common.

“I don’t know anybody in my age range who utilizes [organizations like] JVS,” Lauter said. “I think in terms of jobs, people are always looking at Idealist and going to networking events. There are some hard-core networkers. In terms of housing, I see a lot on Facebook.”

Husbands-Hankin, 37, agreed. “I don’t know anyone in my social Jewish world that is using Jewish services in that way,” she said. “I don’t think the young people even know about them.”

Keats, 28, got his degree from UC Hastings College of the Law in 2017 and is looking for a job focusing on employee rights. He has only found part-time or temporary work so far.

“I really don’t want to do any extraneous purchases, I’m trying to cut back whenever I can,” he said. “Once I’m more stable, joining a synagogue is something I might do, but if it costs anything that wouldn’t happen now.”

Husbands-Hankin, one of the founders of Glitter Kehilla, majored in art and women’s studies at the University of Oregon and Brooklyn College before working for Jewish nonprofits in New York. She’d like to stay in the Bay Area, but like many of her peers she is struggling.

“Housing is a huge challenge. The amount of people in my own circle who are facing housing insecurity is incredible,” she said. “I know so many young people who are leaving the Bay Area because it’s just so hard, and that’s another thing for the Jewish community to figure out — how to make this area accessible.

“In the Jewish community, there is an assumption of class privilege. It creates an invisibility for those of us who are not in the upper class or even in the middle class.” 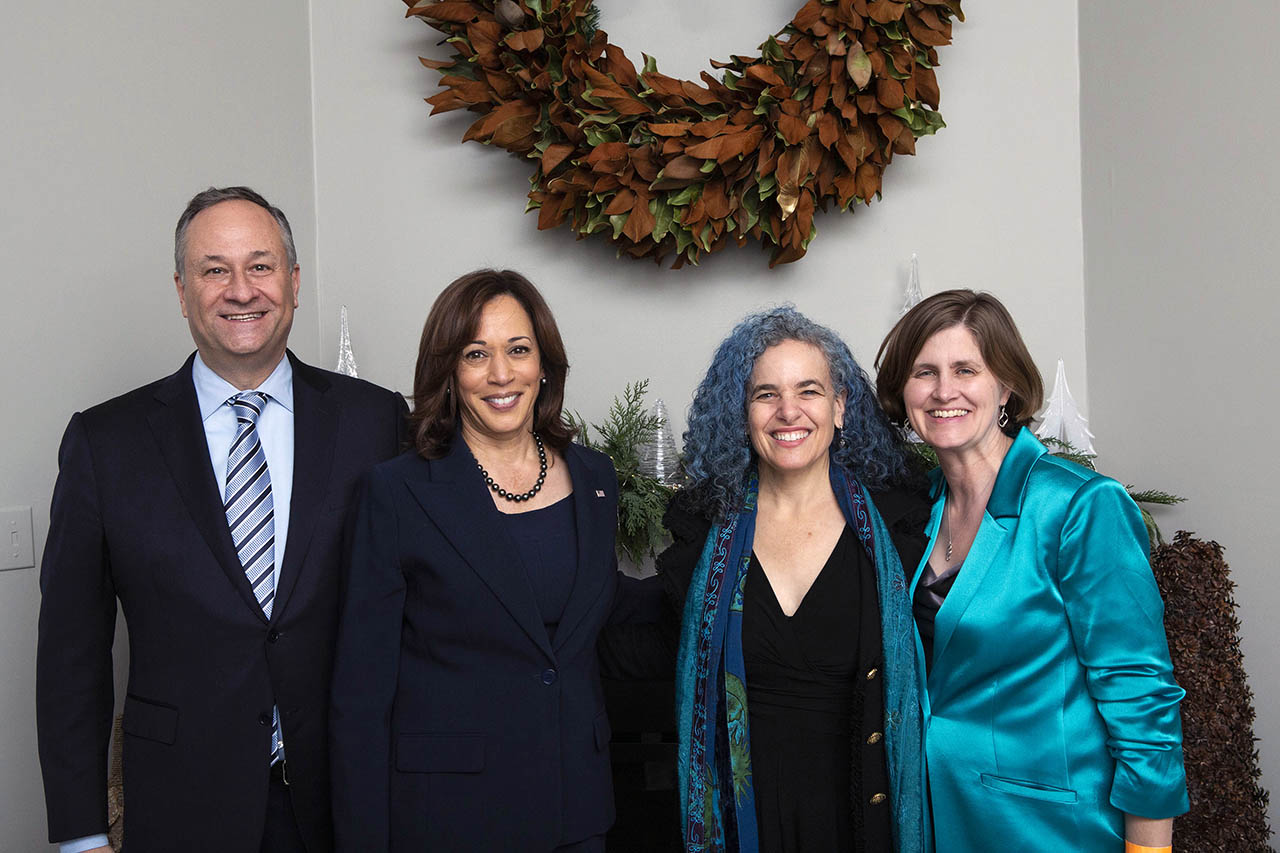 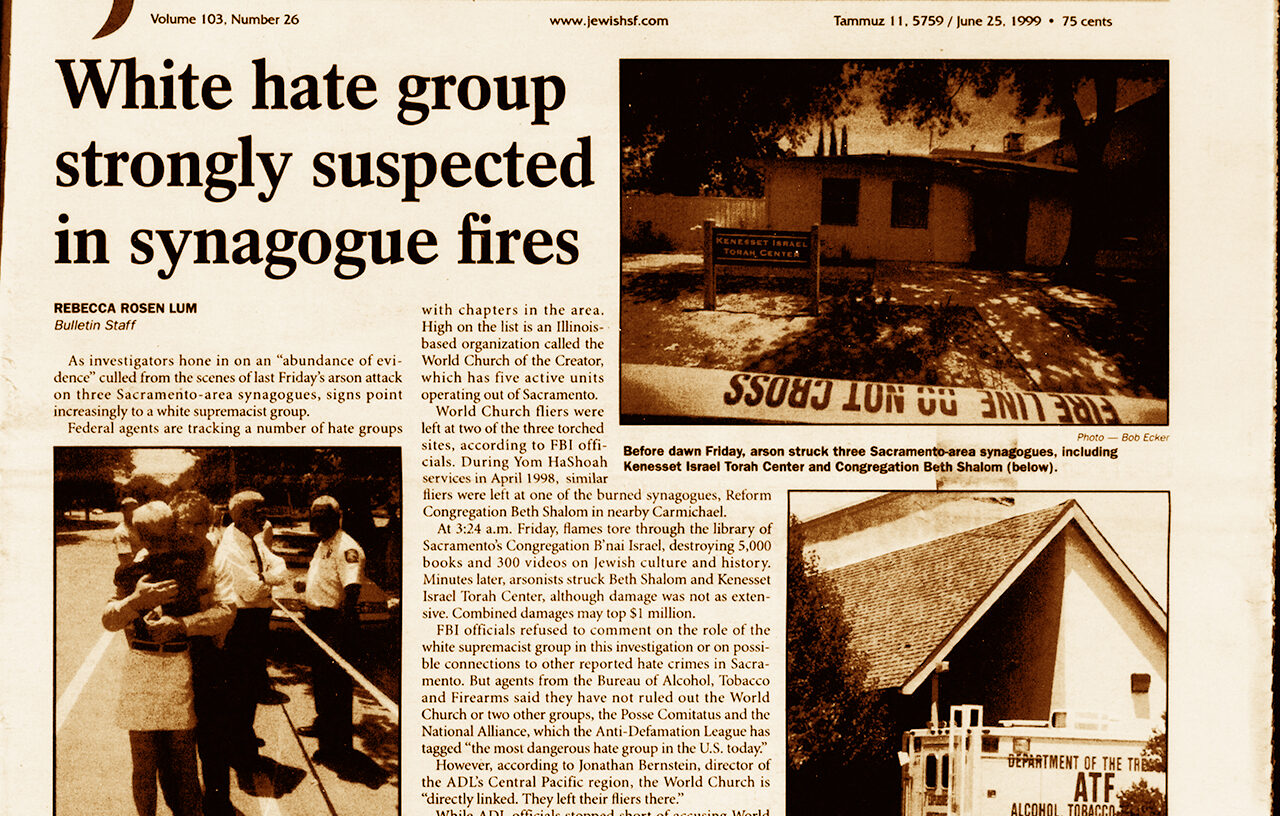 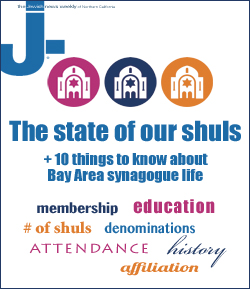