When Moshiach comes, men will help clear the table

Think back to the very end of Passover — those final, agonizingly bread-free moments of the weeklong exercise in self-control. What were you doing? Perhaps you were staring at the clock, waiting to pick up the phone and order a pizza or dash out for a six-pack.

But not I. This year, I was introduced to the Hasidic tradition of the Moshiach Seudah, a tisch of feasting and singing that turns the end of Passover from an exercise in restraint into a celebration and anticipation of messianic redemption. This year, I went from never having heard of a Moshiach Seudah to getting invited to three different Chabads, where it is a near-universal custom. I took Miriam and Rabbi Yehuda Ferris of East Bay Chabad up on their offer.

My friend Yona and I were greeted at the door by Rabbi Ferris, who was wearing a matzah necktie. “I hope you’re ready to drink!” he said with a laugh.

But before the drinking (and eating) began, there was a typical mincha service. About 15 men stood around in the dining/living room-cum-synagogue participating in the prayers and the Torah service.

A folding, full-length mechitza was deployed in the doorway that leads out to the hallway. Yona reported that two other women were out there praying.

As the meal got underway, Miriam and four Ferris daughters (three grown and married with their families in attendance, and one 13-year-old) presented the most elegant array of leftovers you’ve ever seen. (Listen, it’s the end of Pesach, there’s a lot to get rid of.)

Meanwhile, Rabbi Ferris joked about shmura matzah (and its effects on the human digestive system); the quality of the kosher-for-Passover wine still left at the end of the holiday; and the messianist wing of Chabad that believes the last Chabad rebbe was the Messiah.

The general format was this: Rabbi Ferris, seated at the head of the table, would call on various family members and Chabad yeshiva guys in town for the holiday to share a teaching relevant to Moshiach — the Jewish Messiah, literally “anointed one,” a reference to the ancient Israelite coronation ritual. The connections were at times quite tenuous. Periodically, the younger male contingent at the far end of the table would start up a niggun (melody) that never quite caught on at the rabbi’s end of the table where Yona and I sat.

Ferris explained the origin of the Moshiach Seudah. It was instituted by the Ba’al Shem Tov himself, the 18th-century founder of Hasidism. The first night of Passover is about the redemption from Egypt, but it concludes on a messianic note. Elijah, who arrives at the end of the seder, is said to be the herald of the Messiah, and the line “Next year in Jerusalem” expresses a messianic vision of the Jewish people gathered as one in the land of Israel. The Moshiach Seudah turns the end of Passover into a celebration not of Moses and the redemption from Egypt, but of the Messiah and the final ultimate redemption he will bring.

Rabbi Ferris asked all assembled to shout out some qualities of the promised redeemer. “He follows all the commandments!” a yeshiva student called out. “Wise!” “A descendant of King David!” Yona leaned over to me and whispered: “He’s also supposed to be male!”

Rabbi Ferris ran the meal like a comedy club emcee. At one point, a somewhat inebriated son-in-law was called upon to say a few words about Moshiach. After a while, perhaps having overshot his point, he looked to Rabbi Ferris: “How much time do I have?” “You’re over!” the rabbi laughed.

Other speakers included Motti, a yeshiva guy who told a preposterous story about a baboon stealing his tefillin in South Africa. The incident led to a nonobservant Jew’s ad hoc bar mitzvah in a parking lot, after the Jew asked Motti what tefillin are.

Miriam Ferris also spoke. As in most Chabad emissary homes, she is an equal partner in the family’s outreach work. She spoke about the fourth of the Four Questions in the seder.

“It’s about mesubin, reclining,” she said, a symbol of the relative luxury of freedom that we celebrate at the seder. But Miriam pointed out that mesubin bears resemblance to saba, Hebrew for grandfather. “It’s a reminder that we’re leaning into our ancestors, leaning on them for strength and inspiration to bring Moshiach.”

Yona and the other women present did not sing along. She later recalled to me that the prohibition on women singing in the presence of men made an impression on her as a child when her grandparents briefly attended Chabad. “My mom wouldn’t come because of what felt to her like exclusion of women,” she said.

“The singing and praying is the joyful part, and I’m rarely in situations where I’m excluded from that. And I imagine there are men who would rather not be praying, who would rather be in the kitchen.

At the end, when the Ferris women began clearing off the table, bringing everything back to the kitchen, Yona got up to help.

“Everything going on in the kitchen is as essential and important as everything around the table,” she reminded me. Belatedly, I remembered two recent dinners at Yona’s house when she reminded me that building a truly egalitarian society demands that men join women as they clear the table at the end of the meal. So I got up to help. I don’t have any kind of revelation to share about this. Nothing remarkable happened when I carried a stack of plates into the kitchen, other than a lovely brief chat with Miriam, who might be the nicest, warmest Jew in the Bay. Let this be a reminder to my fellow men: Just help clear the table, guys.

Miriam was a Reform Sunday school dropout, but gravitated eventually toward a life in Chabad. I spoke with her again a few days later about the role of women in a Chabad family. She compared her role in the house to the role of the Levites in the Temple in Jerusalem: “The whole job of the Leviim was to do all this physical labor in the temple — sweep the ashes, scrub the blood, take care of the Kohanim. Every Jewish home is a mikdash me’at, a miniature sanctuary. Some people mistakenly think the synagogue is the most important place in Jewish life, but in the home we nurture the next generation and ensure continuity.” And if there’s no continuity, there will be no one for Moshiach to redeem us. (It’s worth pointing out that, unlike most Hasidic sects, Chabad women are expected to attain a high level of Jewish education; Miriam’s deep knowledge is obvious in my conversation with her.)

That’s a beautiful way to think about it. And I think I understand the pull of that clear distinction between roles that purports to elevate both men and women. Miriam also shared an interesting tidbit with me about contemporary Chabad men: When all the Chabad emissary women (shluchot) gather in Brooklyn for their annual conference, they leave the kids in the care of their rabbi husbands, who are content to single parent for the weekend.

Miriam told me later in an email: “Our son Leibl, yeshiva bochur par excellence, set up the whole [Moshiach Seudah]. Tables, chairs, plates, etc.” She added: “When you come on a typical Friday night, you’ll see that the men do most of the shlepping back and forth to the kitchen.”

The Moshiach Seudah is clearly a superior way to close Passover. Though I don’t think belief in the literal Messiah is necessary, we can all derive meaning from the personified symbol of our yearnings for a better world.

Jews have had, and continue to have, wildly differing ideas about the identity of the Messiah and the nature of the new world he (or she?) will bring about. Will it be a literal person, summoned by adequate performance of all the mitzvot on the part of all the Jews? Will it be a general messianic age, brought about by the social justice efforts of Jews and others? Or something in between?

The Jewish tradition also contains some deep skepticism about the Messiah. We’ve been burned by messianic fervor before: Bar Kochba, Shabbetai Tzvi, Jesus. That’s generally where I’m at. But I hadn’t given it serious thought in a long time. Next year, consider checking out a Moshiach Seudah to explore your beliefs about the Messiah (or lack thereof).

Perhaps in the messianic age, men will always help clear the table.

Jew in the Pew is a regular feature. Send tips about ritual and spiritual goings-on to david@jweekly.com. 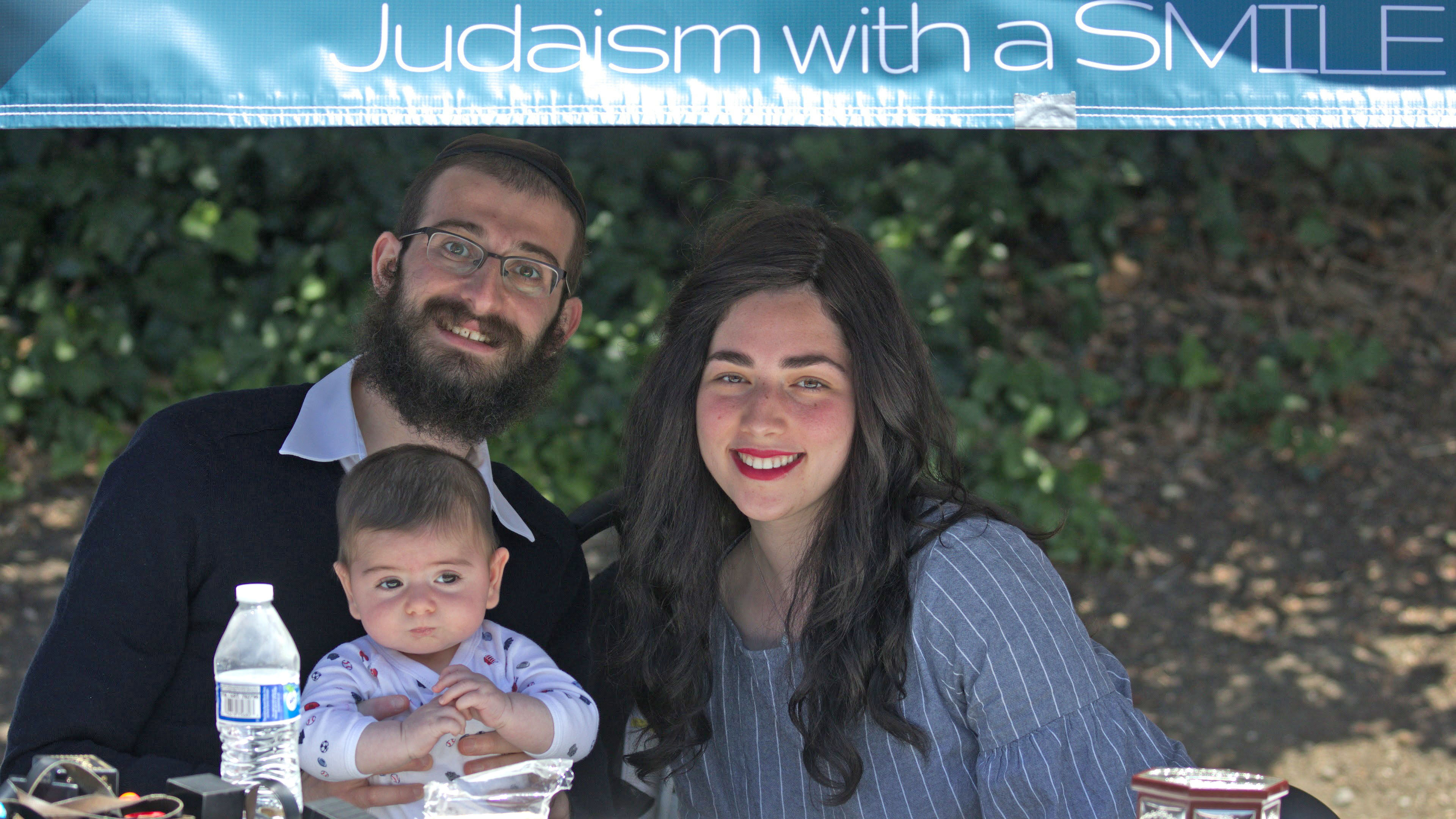 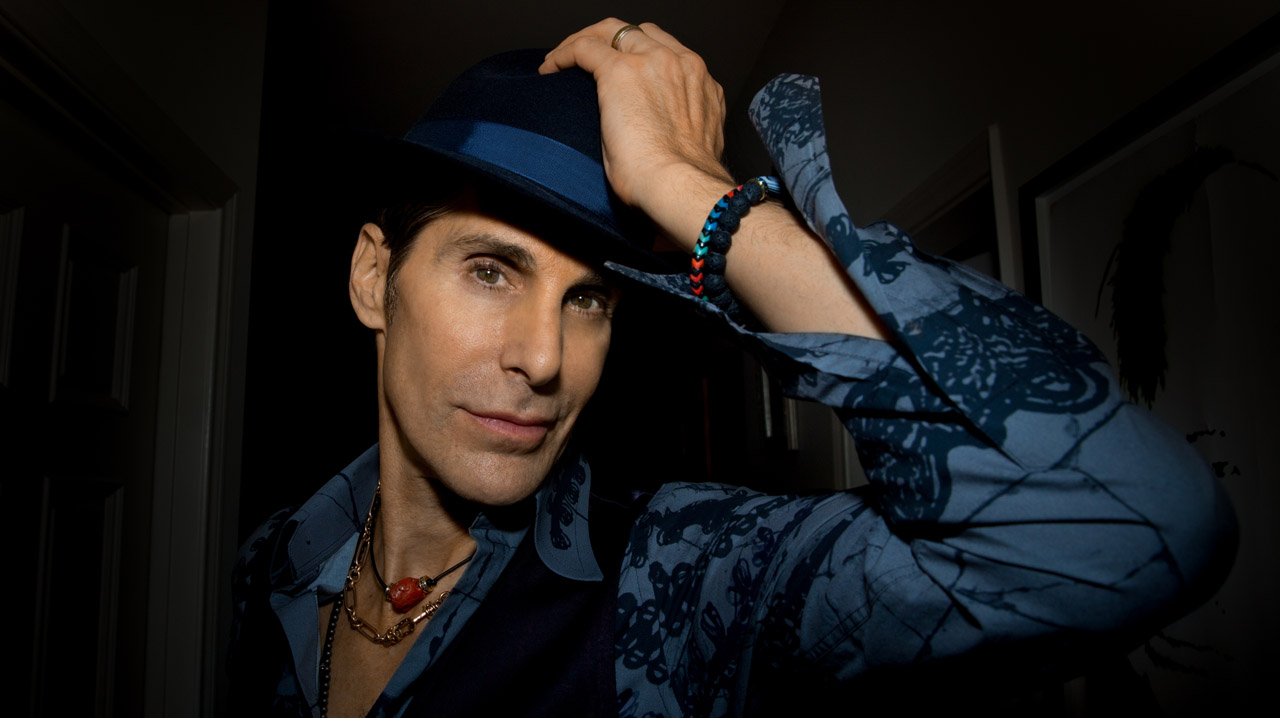