Maggie Hoffman was pretty well-versed in beer and cocktails from her work at a food blog when she became aware of a problem. If someone wanted to re-create a cocktail at home that they had enjoyed at a bar, it would mean buying two spirits, liqueurs and bitters, easily costing over $100.

Living in a 350-square-foot New York apartment at the time, she didn’t have that kind of money, nor that kind of space for a bar. It would take over her entire apartment.

So instead she asked herself: “What can you do with one bottle of a spirit, if you’re comfortable in the kitchen and want to drink something seasonal?”

It took a few years of experimenting and research to solve that dilemma, and the result is her recently published first book, “The One-Bottle Cocktail: More Than 80 Recipes with Fresh Ingredients and a Single Spirit” (Ten Speed), with recipes contributed by bartenders across the country.

Hoffman joked that cookbooks are part of her family legacy: Her grandmother in Cleveland put together a book of all of her own mother’s recipes and then illustrated them. “The recipes probably were taken from a magazine stolen at the dentist,” the San Francisco resident said. One for a beet marmalade called eingemacht calls for a bushel of beets and says to cook them until golden brown, “not mentioning that it takes 13 hours,” she said. “I haven’t made that one.”

One could say Hoffman, 36, has yichus (roots) in the food industry, going back to her great-grandparents, who owned a café in Cologne, Germany. After it was vandalized on Kristallnacht, her grandfather, at 18, decided to come to America.

In the U.S., “he was very German and would shop at German markets and buy these various cured meats and bratwurst,” she said.

Hoffman, who grew up in Portland, Oregon, said her family didn’t drink a lot of cocktails. Her parents tended to lean toward Oregon wines, though when her father did drink a cocktail, it was a gin and tonic. “I started drinking gin and tonics in college, and I thought all scientists drank them, since my dad is a scientist,” she said, although her interests were history and poetry.

She started writing about cocktails and bars after college at a time when food blogs were a new medium. She started one herself, mainly to show her mom what she was cooking in her tiny New York kitchen, and soon began freelancing for a then-new blog called Serious Eats.

“While they had some cocktail writers, they didn’t have anyone writing about beer. I told them that someone needs to write about small-production craft beer, and I’m from Portland, so that was my qualification,” Hoffman said.

Over the years, she went from freelancing to working full time as managing editor. And the blog’s coverage of cocktails, beer and wine continued to grow.

As an editor, Hoffman’s responsibilities included testing recipes that appeared in stories. To refine her knowledge, she turned to experts in the field.

“I began spending time in bars,” the San Francisco resident said. “Bartenders are the best. They’re a community that feels really welcoming and are generous with their knowledge. The best way to spend an afternoon is talking to a bartender.”

For her book, she invited bartenders throughout the country to come up with a cocktail that used fresh ingredients rather than expensive bitters and liqueurs. Some simply adapted cocktails, while others made up concoctions from scratch.

“Once I put the call out, I’d get text messages from bartenders at the grocery store, asking me what I thought about cilantro or celery juice or Tabasco or garam masala,” she said. “They got so inspired.”

Asking Hoffman to pick a favorite cocktail in the book is asking the impossible, but given the season, she recommended some with strawberries.

For this publication, she chose to highlight a cocktail that’s refreshing in summer. She’s partial to it because it uses mezcal, the smoky, agave-based Mexican spirit that is her favorite of the moment. And why did she choose this particular cocktail for J. readers? Because it reminds her of a boozy Dr. Brown’s Cel-Ray soda. (Recipe is below.)

Hoffman has just turned in the manuscript for a second book, “Big-Batch Cocktails,” and has just started contributing to a new column in the San Francisco Chronicle, writing about cocktail bars (former J. staff writer Emma Silvers also contributes to the column, writing about old-time bars and dive bars).

Celery can sometimes be too aggressive, taking over a cocktail with its pungent vegetal flavor. But in this delicate, fizzy drink from Tommy Quimby of Rich Table in San Francisco, the celery is tempered with frothy egg white and a light pour of mezcal, which adds a flavor reminiscent of good olive oil. This is the perfect cocktail to serve with ceviche or summer salads. If you don’t have a juicer (or a friendly juice bar nearby), whir some celery in a blender and then strain to get at the juice.

Combine mezcal, celery juice, lime juice, simple syrup and egg white in a cocktail shaker and shake without ice until emulsified, about 10 seconds. Unseal shaker, add ice, and shake vigorously for 30 seconds more until well chilled and very frothy. Strain into an empty chilled collins glass and top with seltzer. Garnish with ground celery seeds and serve with a straw if desired.

Simple syrup: Many folks are intimidated by the idea of simple syrup. It’s time to get over our fears: no one wants a grainy mouthful of sugar in their drink. Plus, making simple syrup is actually crazy easy, especially if you happen to have a resealable jar (such as a mason jar) around. For 1:1 simple syrup, add equal parts sugar and hot water, seal, and shake until dissolved. Let cool before using and store for up to several weeks in the fridge. For 2:1 simple syrup, mix two parts sugar to one part hot water and proceed as above. Easy-peasy.

Recipes reprinted with permission from “The One-Bottle Cocktail: More than 80 Recipes with Fresh Ingredients and a Single Spirit” by Maggie Hoffman. 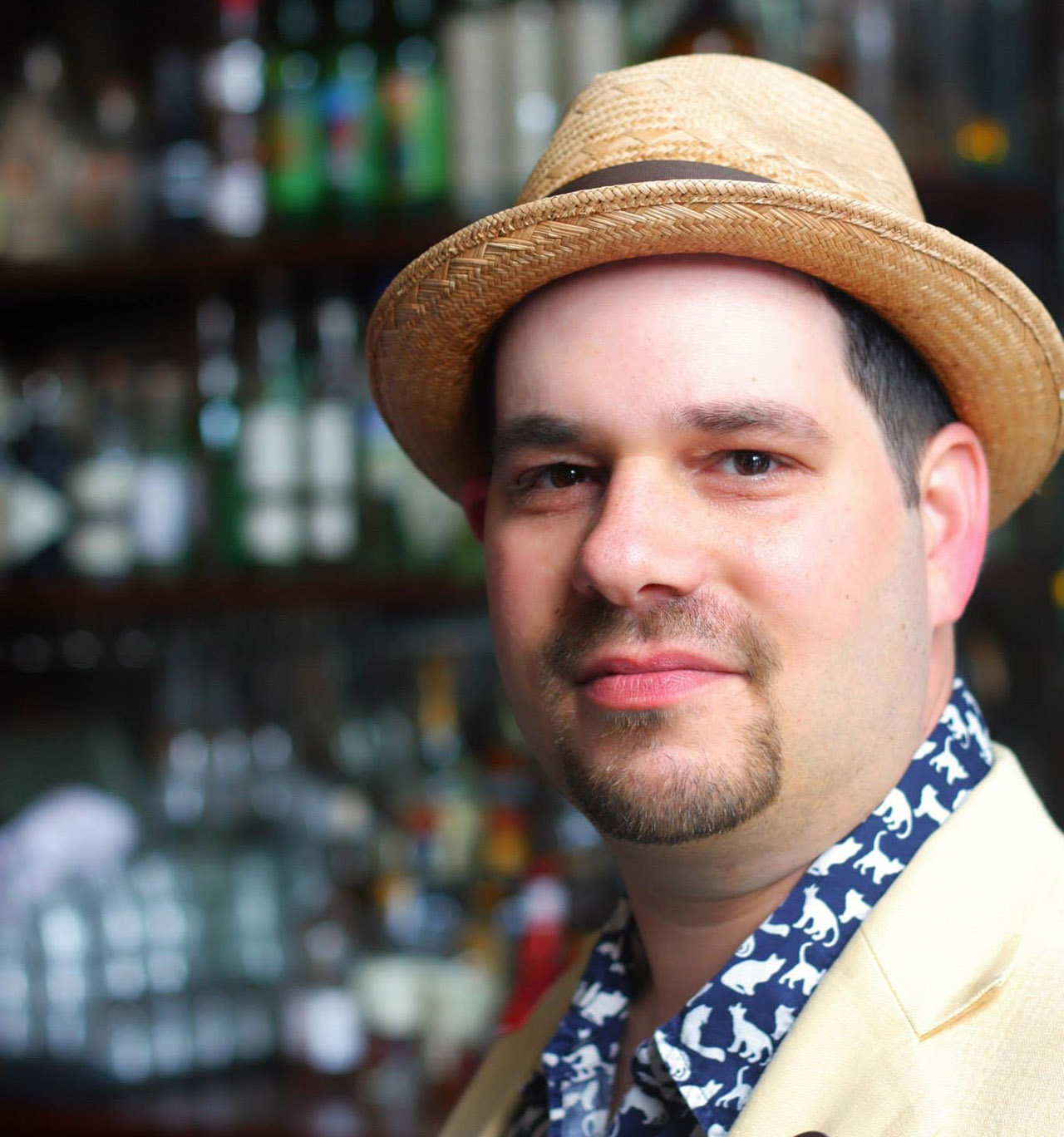