“All I really need to know I learned in kindergarten,” Robert Fulghum wrote in 1986. Though Ross Everett was just a baby at the time, today he might take issue with that credo. For him, the determining educational years were in high school — specifically, San Francisco’s Jewish Community High School of the Bay.

The 30-year-old stage performer (whose given name is Bercun) was part of the first graduating class in 2005, and he says JCHS is where he fell in love with theater. Now he’s back in the city with a one-man show at the Marsh.

“Stop Stopping the Unstoppable,” through July 28, is a parody of the world of personal development and aims to get audiences self-reflecting and laughing. It’s based, of course, on his own life experiences.

The name he gave the show is “inherently dumb,” he said. “My character is Dale Thorhammer, transformation artist to the stars and success coach to the personal developmentally challenged.”

The combination format of improvisation, sketches, dialogue and clown action has been filling seats since the run began on June 22. While the content is not explicitly Jewish, he feels his work relates to the concept of tikkun olam.

“I believe that in order to repair the world, we first must repair what’s in ourselves,” Everett said. “And to do that, you have to accept yourself, with everything that you are. To me, that’s a very Jewish ideal.”

He formed that notion from his parents and JCHS, he said.

“Not only did they encourage you to explore what are you are interested in, and to cultivate what makes you special, they also taught us to create your world — not just to live in it.”

“I am doing this performance today because of the programs at JCHS,” he affirmed. “It was because they always asked students, ‘What do you guys want to do?’ And what I wanted was to create theater.”

Though he had gotten his first taste of theater in middle school, the JCHS program, along with a dynamic mentor teacher, Dylan Russell, developed that interest.

“He had such a positive outlook on the world, this warm energy that brought audiences close to him,” recalls Russell, now entering her 16th year of teaching at JCHS. “I knew that whatever path he chose would have a performative aspect to it.”

“She was a professional who really took over the theater program in my junior year,” Everett said. She offered acting workshops, scriptwriting and all the fundamentals of theater. It pretty much became Everett’s life.

“High school is an interesting time, when you really start to discover who you are,” he said.

The first school play the students put on was a version of “Alice in Wonderland.” “Everyone wanted to do it. Practically the whole student body was in the play,” he said.

Now, with a much larger student population of about 190 to draw from, the drama program is going strong. In 2011, JCHS was named the top high school theater program in the Northwest by Stage Directions magazine. That same year, it became the first Jewish high school selected to perform at the Edinburgh Fringe Festival when Russell directed a student-written version of Franz Kafka’s “The Metamorphosis.” And last year, 15 students returned to perform a bold new take on the classic, “Alice and the Black Hole Blues.”

Born and raised in a Reform family in Marin County, Everett was recruited to attend the school by Rabbi Ed Harwitz, who knew Everett’s parents. Though initially reluctant to attend a brand new high school, then housed at Congregation Kol Shofar in Tiburon, he changed his mind once he visited the improvised campus and sensed its open-minded, creative ambiance.

His 20 classmates were a ragtag group of kids from Jewish day schools around the Bay Area, by his own description, but “we got to design and create the high school experience we wanted,” Everett said.

Among the features of the curriculum is a graduation requirement called a keystone project, which each student has to design based on his or her interests and learning. Everett created an independent study course on solo performers, including Spalding Gray (“Swimming to Cambodia”) and “SNL” actress Julia Sweeney, and for the keystone project wrote and performed a one-man show.

“It was about how I identify as Jewish, in my own way. I incorporated different characters from my upbringing and acted each one of them out,” he said. “The response was super positive.”

From high school Everett moved on to the University of Arizona, graduating in 2009 with a degree in media arts. While in college, he started creating little television shows that became known on campus, he said, and he took the stage name Ross Everett “for privacy reasons.”

“Jumping into the bigger pond of university, I already had developed competence in creating my own path,” he said. “I was used to creating what I wanted.”

He interned on Conan O’Brien’s show and wrote and directed videos for YouTube performers such as LisaNova, hiimrawn, Shay Carl and SourceFed, before starting his own YouTube channel in 2009.

“The world’s a stage — let’s play!” his tagline announces. To date the channel has 44 million visitors.

After college, he migrated to Los Angeles, where he took his first professional steps in stand-up comedy. Making a living was difficult, so his “totally understanding” parents — both therapists — offered to pay for a life coach to help him figure out his career. Little did they know that the personal development seminar he enrolled in would ultimately inspire his next creation for the stage.

“I realized that I could use what they were teaching to become more comfortable with myself,” he said. “It expedited maturation, you could say.”

Everett then took what he learned and headed to clown school in France — the same one that Sasha Baron-Cohen attended, he said. There, in a farmhouse outside of Paris, he wore a clown nose and did his very best to make people laugh.

“The true gift of clown is being able to connect with your audience,” he said. “The clown is always happy, enjoying his own antics, and the audience will be comfortable as long as he is.”

Something about that experience broke open a vulnerability in him, allowing him to access deeper emotional resources for humor. When he got back to the States, Everett returned to the experience of the personal development seminar and began to work on it as performance material.

“There’s something about personal development work that always seemed so serious,” he reflected. “People take themselves so seriously. I thought if I could bring into the subject a sense of play, and that beautiful, stupid vulnerability of clowns, that people would respond to it.”

He brought early versions of the work to the Adelaide Fringe Festival in Australia, developed it further, performed it again at Comedy Central Stage in Los Angeles and sold out the show at the People’s Improv Theater in New York. Finally, he did a test run in San Francisco through the Marsh Rising series, in which the theater helps performers polish their works in progress.

His former drama teacher, Dylan Russell, came to see that early performance at the Marsh.

“He has an amazing sense of humor,” Russell observed. ‘It’s strong satire, but not dismissive of his subjects. It honors what self-help gurus have to offer, with a gentle tease. His work is within the tradition of Jewish humor that recognizes humanity and human foibles, while making a critique.”

Today, Ross Everett is garnering critical acclaim as a writer, actor and producer of original comedy. His work has been featured on NBC, Fox, Discovery and SiriusXM, and he anticipates a return engagement this fall at the Marsh.

“As an entertainer I’m still kinda new to Bay Area. The larger community doesn’t know my name yet, which is weird, because I know theirs,” he said. “But the last time I was here, I was in high school.”

“Stop Stopping the Unstoppable,” 8 p.m. Friday, July 27 and 8:30 p.m. Saturday, July 28 at the Marsh, 1062 Valencia St., S.F. $20-$35. tinyurl.com/ross-everett-stopstopping. Everett’s former teacher, Dylan Russell, will do a talk-back with Everett on stage after the Friday night performance. 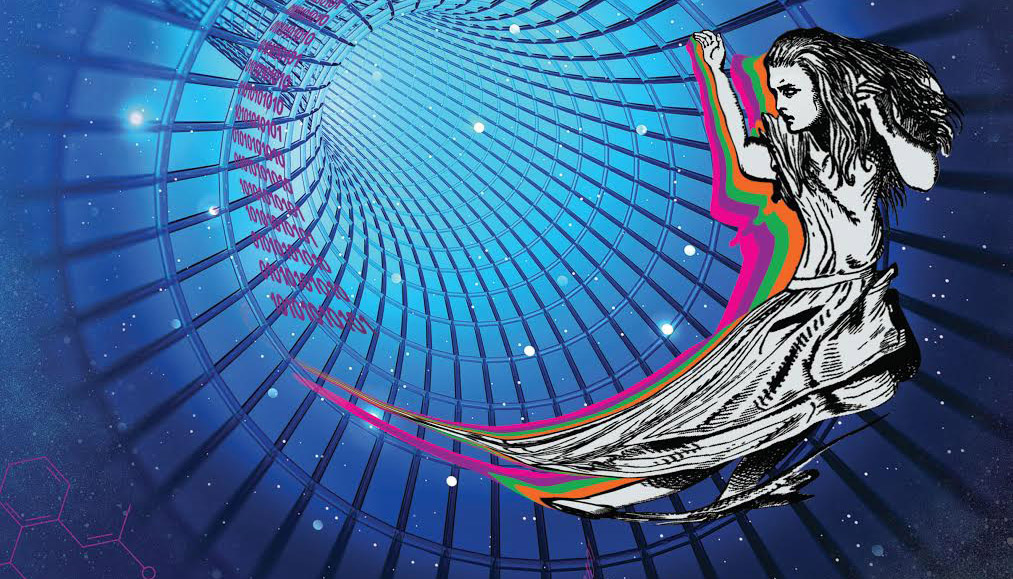