After years of focusing on promoting Israeli high-tech startups in the Silicon Valley, the California Israel Chamber of Commerce is expanding its scope to other industries and fields in which Israel and California share expertise.

From agriculture to water use to education, the CICC under new executive director Sharon Vanek also plans to boost its reach. Vanek is looking to hold the group’s next agritech event in Salinas, and is setting up a conference in San Francisco in May that will highlight Israeli innovation in medical marijuana, or “cannatech.”

“It’s the Silicon Valley, and I know when we talk about innovation it’s mostly tech, but there are other things in Israel I would like to highlight,” she said. “I think there is a market that doesn’t know about those industries within Israel. And this can let Israelis know there is more to California than Silicon Valley.”

The Sunnyvale-based CICC currently has five committees that reflect its high-tech roots: cybersecurity, big data/saas (software as a service)/cloud, mobile/internet, medtech, and agtech. Vanek said there also has been a focus on artificial intelligence and robotic machine learning.

But that is about to change as Israel’s leadership in medical marijuana research joins the party.

“The environment changed, so we also have to tweak what our offerings are,” she said. “If not, we will be an outdated organization.”

Zvi Alon, who founded the CICC in the early 1990s and remains board chairman, said Vanek’s ability “to take various concepts and get them implemented,” as well as her understanding of “the mission of what we were trying to do and how we need to change over time to meet the needs of our community,” were among her winning qualities.

She replaces Talia Cohen, who led the nonprofit for six years.

Vanek, who speaks Hebrew, English and Chinese, has lived in locations in Asia, the Middle East and the U.S. over the past 20 years — including Shanghai, Bangkok, Singapore, Tel Aviv, Washington and New York. Such a globetrotting life was not what she envisioned as a child.

“Growing up in Israel in the ’80s, it wasn’t like today. We had one television [channel] and that was what we knew about the world,” she said. “But I started traveling after getting my bachelor’s degree [at Hebrew University] and started thinking in a broader way about the world.”

Vanek moved to San Francisco in 2017 when her husband, Shlomi Kofman, was appointed Israel’s consul general to the Pacific Northwest. She said it was important for her to find a job at a nonprofit, “so nobody could think or say I got personal gains because of his position.”

Alon, managing director of Alon Ventures and CEO of Tigo Energy, said CICC board members considered possible conflict-of-interest issues that might arise around Vanek being married to the consul general, and hired her after “we became much more confident and comfortable that she is very professional and she will work out the proper working relationship with the consulate.”

While in the Israel Defense Forces, Vanek was part of a unit that trained cadets to become leaders. She took that background into the professional world, becoming a business consultant and a mentor for entrepreneurs, though she continually was looking for ways to expand her interests.

“I did my master’s in computer science when I turned 40,” she said. “I went back to school because I realized the world is changing and there’s a new lingo around that I do not speak. I studied computer science and focused on strategies in e-commerce.”

Vanek plans to bring that personal drive and openness to exploration to the CICC, which is supported by members and not by any government.

“It’s just natural a new person will bring new ideas. We’ll try to understand where we can position ourselves and where we want to be,” she said. 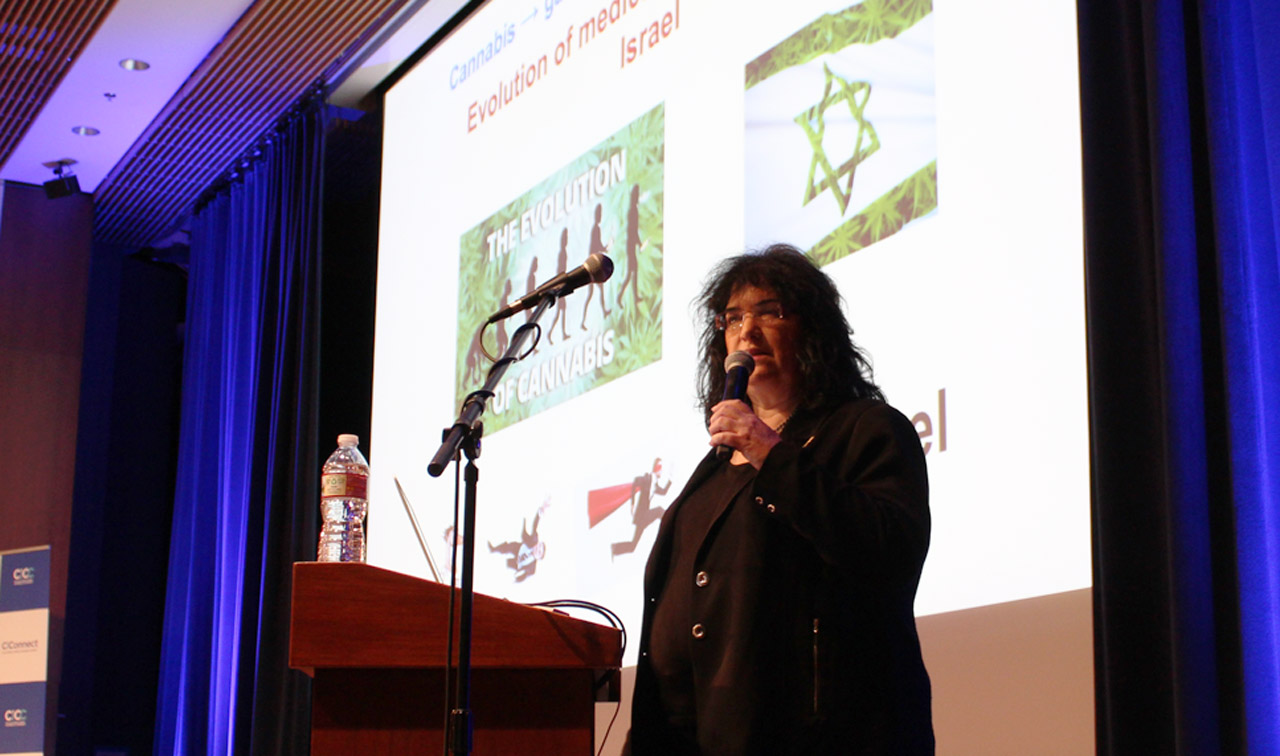