Live from Petaluma, Rabbi Ted is on the air

“Good morning, Petaluma.” Ted Feldman, the longtime rabbi at B’nai Israel Jewish Center, leans into the mic and continues. “This is ‘Talking with Rabbi Ted’ at KPCA-LP, Petaluma, California, 101.3 FM.”

That’s how Feldman begins his twice-a-month radio show on a local station. He sees the show, a one-hour, live interview format, as a chance to open up a door for his listeners into how the leaders of their community make things happen, and to gain a little empathy for others’ lives.

“It’s important for everybody to listen to everybody,” he says. “That’s something that’s missing in our world.”

In the two years Feldman has been hosting, he’s had guests who range from the head of the Sonoma County Commission on the Status of Women to the owner of a popular café.

“A couple of weeks ago I had the fire inspector,” he says.

He wants his listeners to hear from people who make the local world go round, and who work hard behind the scenes to make the Petaluma area a better place.

“I believe that our power lies in our local community,” he says.

Feldman got the gig as radio host pretty easily. KPCA was launched in 2017, first online, and then sharing the dial with other community public broadcasters before going on air full time. The community access station asked people in the area to come up with ideas for shows; Feldman stepped up.

“They gave me the microphone and studio and said, ‘Do it!’” he says.

In 1992, after working in two Jewish communities in the South, Feldman moved to California to serve as head of the Jewish Federation of the Sacramento Region. The native of Pittsburgh later became head of Jewish Family and Children’s Services of the East Bay, and in 2005, a few years after serving as B’nai Israel’s interim rabbi for 18 months, he took the helm at the Petaluma synagogue.

“I said, ‘Oh, well, let’s see what this will be like to be back in the Jewish ‘retail business,’ ” says Feldman, who was ordained in the Conservative movement and was a congregational rabbi in Columbus, Georgia, and Boca Raton, Florida, for 14 years at the start of his career.

He’s happy with the transition, for himself and the congregation. Since he came to B’nai Israel Jewish Center, the community has changed its name from Congregation B’nai Israel and dropped its membership with the United Synagogue of Conservative Judaism to better reflect the diverse community. Meanwhile, B’nai Israel is thriving, and Feldman is busy as its rabbi as well as chair of the Petaluma Community Relations Council.

“It’s been fascinating having these conversations with this varied group of individuals,” he says. “Everyone has his or her own passion to make the world a little bit better.” 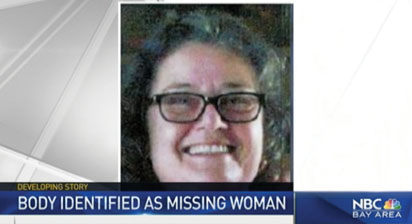